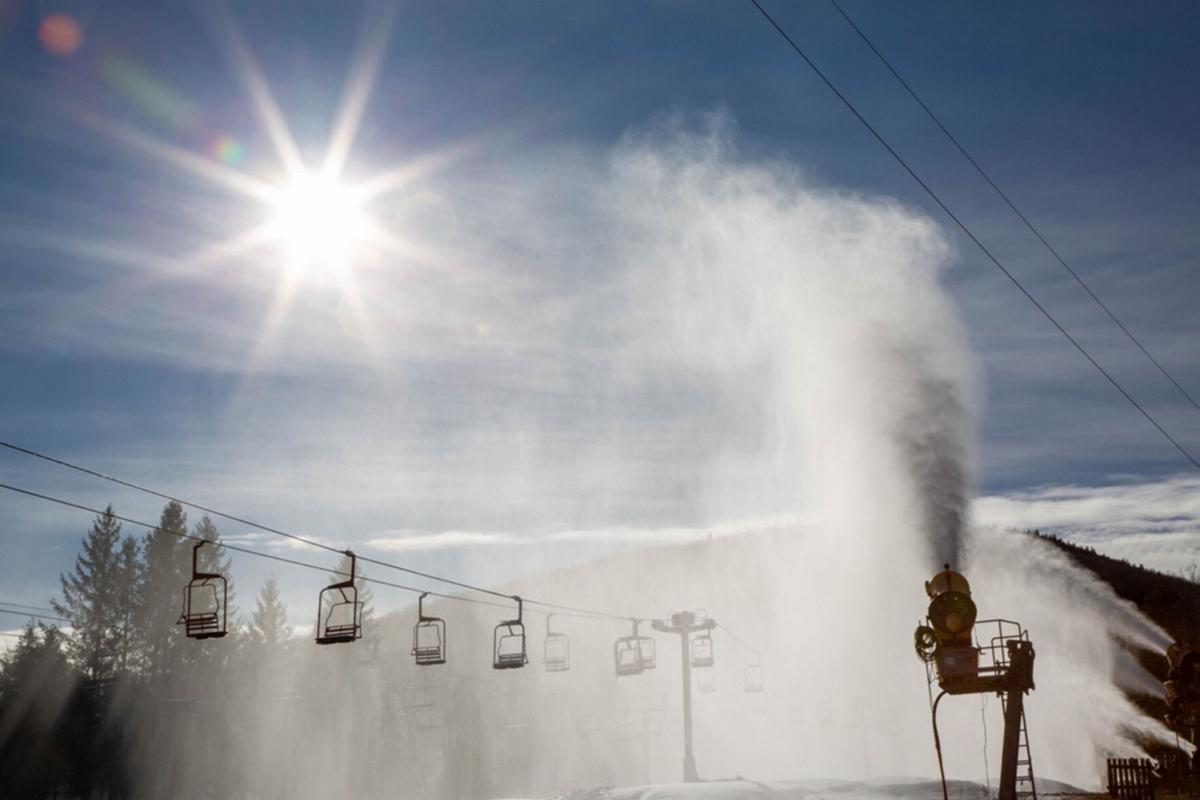 Snowmaking machines create a white glow as they produce powder. The Greene County Legislature on Wednesday approved a fund of $350,000 for an overall $20 million project to build housing for ski resort workers in the village of Tannersville. 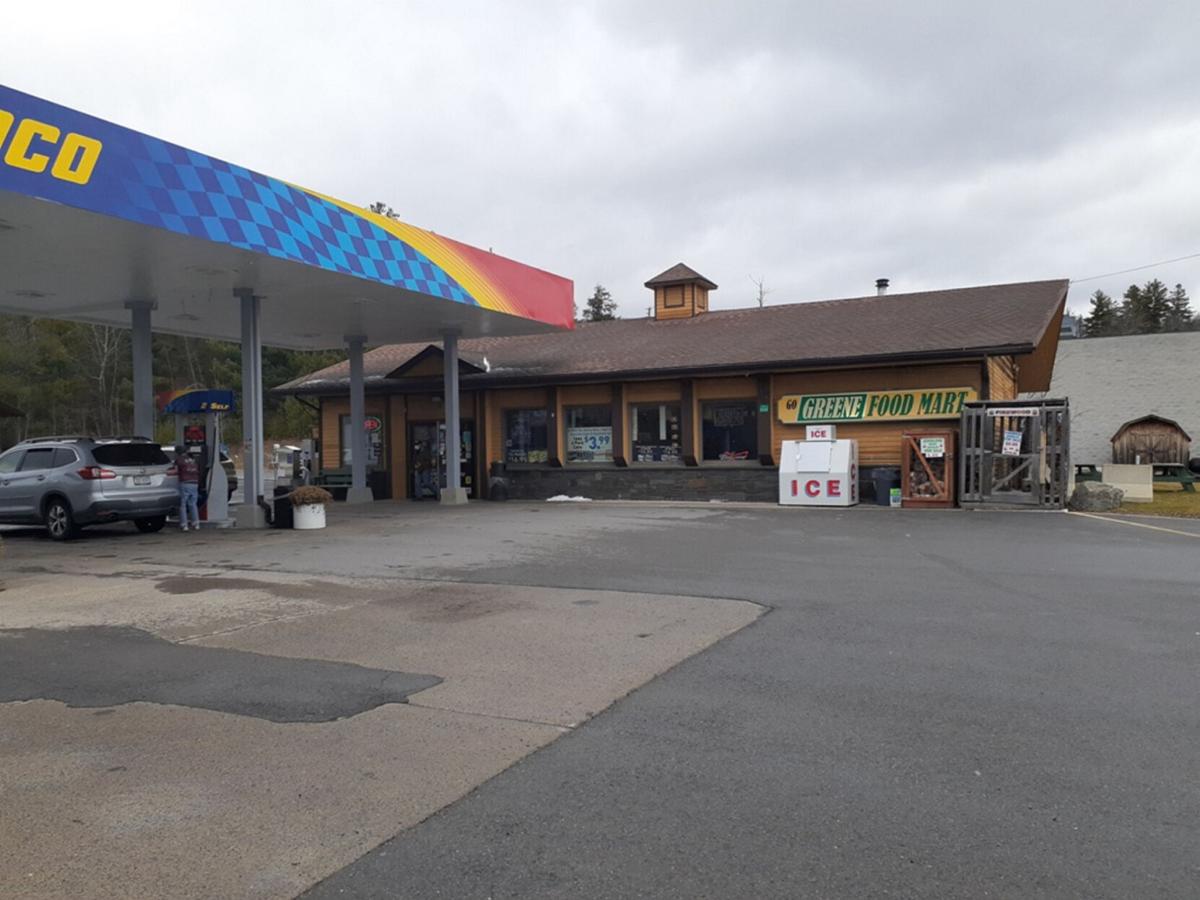 The Greene County Legislature on Wednesday approved a $350,000 fund to help construct workforce housing in the village of Tannersville (pictured) for ski resort employees. The overall cost of the project is $20 million.

Snowmaking machines create a white glow as they produce powder. The Greene County Legislature on Wednesday approved a fund of $350,000 for an overall $20 million project to build housing for ski resort workers in the village of Tannersville.

The Greene County Legislature on Wednesday approved a $350,000 fund to help construct workforce housing in the village of Tannersville (pictured) for ski resort employees. The overall cost of the project is $20 million.

CATSKILL — A multi-million-dollar proposal to build 80 units of workforce housing in the village of Tannersville got a boost by the Greene County Legislature on Wednesday when lawmakers approved a resolution to provide $350,000 in funding for the project.

The county money would be utilized for the planning and development of the housing project only if the Hunter Foundation and the nonprofit RUPCO organization can secure state and federal funding to pay for the $20 million development.

The project is designed to supply housing for the ski resort workers in the Hunter-Tannersville region.

The resolution was passed in a 10-4 vote Wednesday with legislators Matthew Luvera, Greg Davis, Thomas Hobart and Michael Bulich all voting no on the measure.

“I understand the need for people to find a place to live, especially those beginning their careers, but I can’t expect the taxpayers to pay for that,” Luvera said Thursday. “It was a tough decision to ultimately vote no on it. There needs to be a better plan than government-funded housing.”

Prior to the passage of the resolution, Legislator Larry Gardner, D-Hunter, added an amendment to the document that would permanently prohibit the project lands from being used for short-term rental purposes. Concerns had been raised at the Legislature’s Monday committee meetings that the workforce housing units could be converted by their new owners into Airbnb rental sites.

Hunter Town Supervisor Sean Mahoney said he was gratified that the Legislature had agreed to back the project with its dollars.

“We’re very appreciative,” he said. “This is a huge catalyst for positive growth in the village of Tannersville and the Town of Hunter and the mountaintop. Adding 80 additional units of workforce housing is critically needed. We believe that it sets up our local businesses for growth in a way that’s much needed. We also feel that it’s serving a much-needed housing shortage and dealing with that issue directly.”

The fund would be drawn from the county’s allotment of federal American Rescue Plan Act money. Greene County received $4.5 million so far in ARPA funds, with an expected final total of $9.1 million expected to funnel in.

The Tannersville project was the first proposal approved for ARPA funds by the Legislature. Greene County Administrator Shaun Groden said Thursday that he expects to see more workforce housing proposals forthcoming in the county.

“I would envision that this will not be the last application that we will receive for workforce housing,” he said. “This is a wave coming across the country. You can certainly blame Airbnbs, but it’s a bigger issue than that. Real estate markets are high right now, but they can certainly crash tomorrow. We’ll see another project or two in the next 12-18 months. Other projects will be coming to us looking for our support.”

With the workforce housing resolution passed, Groden said there are additional ARPA projects in the pipeline.

“We’ll be working with some of the towns and villages on water improvements,” Groden said. “Of the segments of ARPA focuses on the change out of the old lead water lines. That’s why some people still have lead poisoning in houses, because the main feed into the house has a lead line. In the village of Catskill we have a concept of about $400,000 where they’re going to do a water line change out. We’ll assist with that so we can get the poison out of the system.”

Groden added there are also Cairo and Coxsackie water line projects in the works.

“Plus I think the possibility of broadband expansion will be on the table pretty quickly, too,” he said.

A state funding application for the Tannersville project is outstanding and the county will now wait and see if the developers can gain state funding for the housing project before any of the $350,000 is paid out.

“I’m very optimistic that we’re going to get this funding,” Mahoney said. “The local leverage from Greene County is necessary and provides much-needed leverage when we apply to the state for funding. Without local support, your chances are much, much lower.”

The $9 million in COVID-19 relief is necessary because the pandemic and tourism are mutually exclusive. The money can't be spent to pay existing debt, like the utterly unjustified jail debt (a new $90 million obligation). In the example at hand, the county seems unable to spend a mere $350,000 of the $9 million. Luvera, head of the Catskill Republican Party, shouldn't vote on items like housing. He has a conflict of interest because he's a realtor. It's odd. The Greene County Administration seems intent on harming our economics. We can live on tourism, but we'll remain poor until we create some new money businesses. Favoring a vast and unjustifiable jail expense knowing the adjoining county jails are 85% empty misdirects our need. This group of legislators and administrators seem disconnected from the needs of our population, particularly our minority population, which is a third of us. There are NO affordable housing initiatives (unlike Hudson), no rent stabilization or renter's protections. Sad.