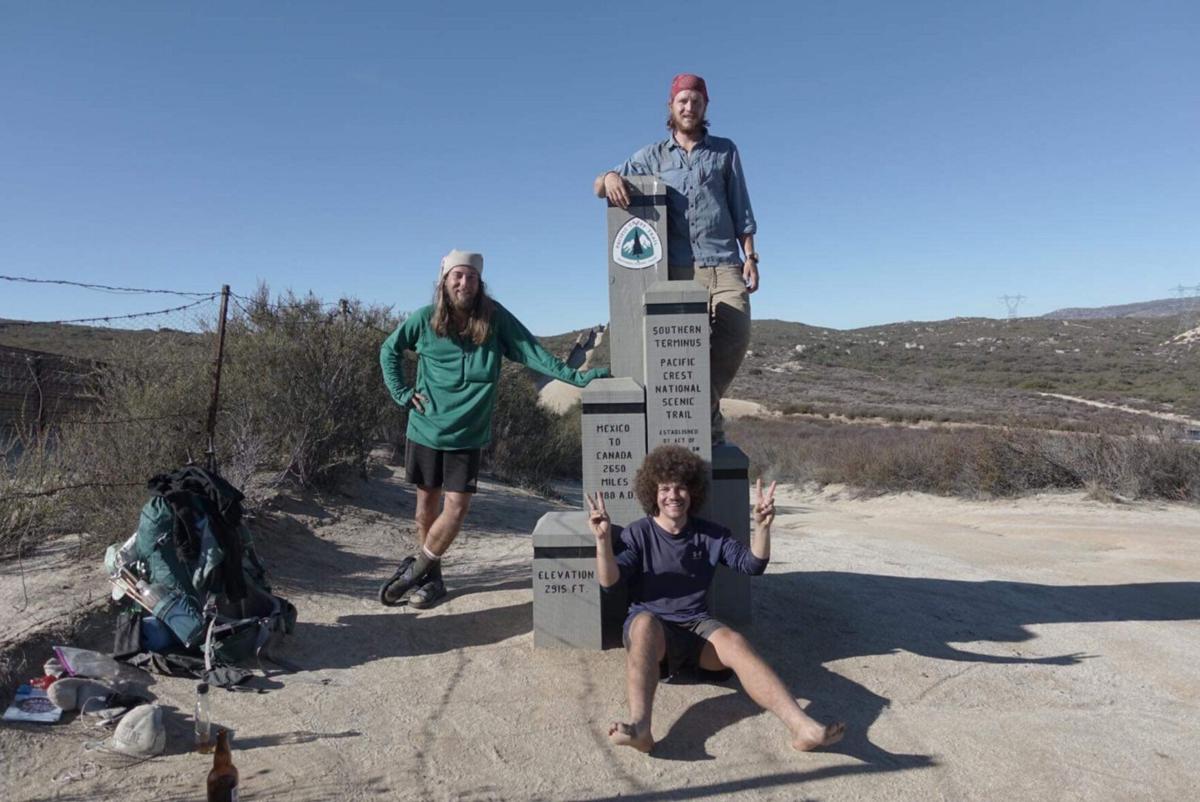 Grunwald was a champion of the environment. Contributed photo 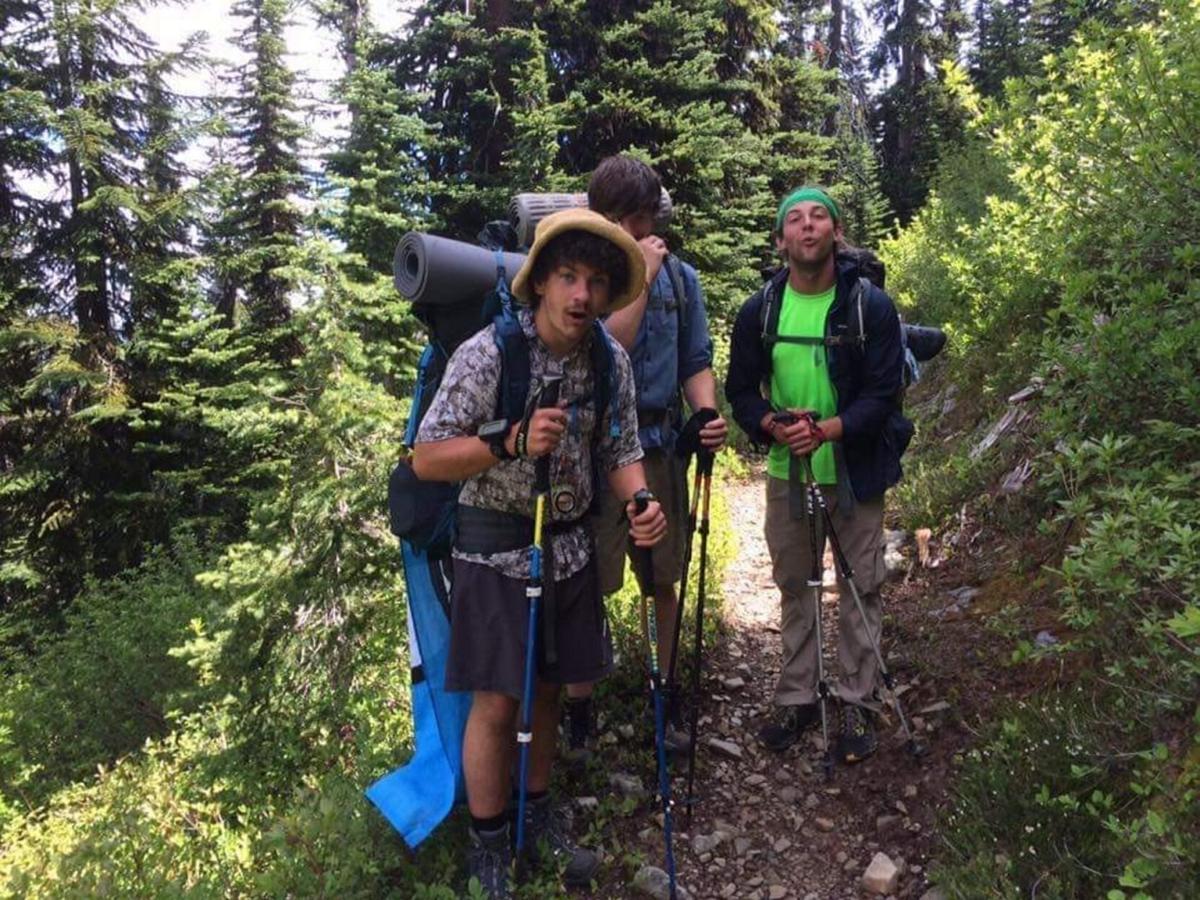 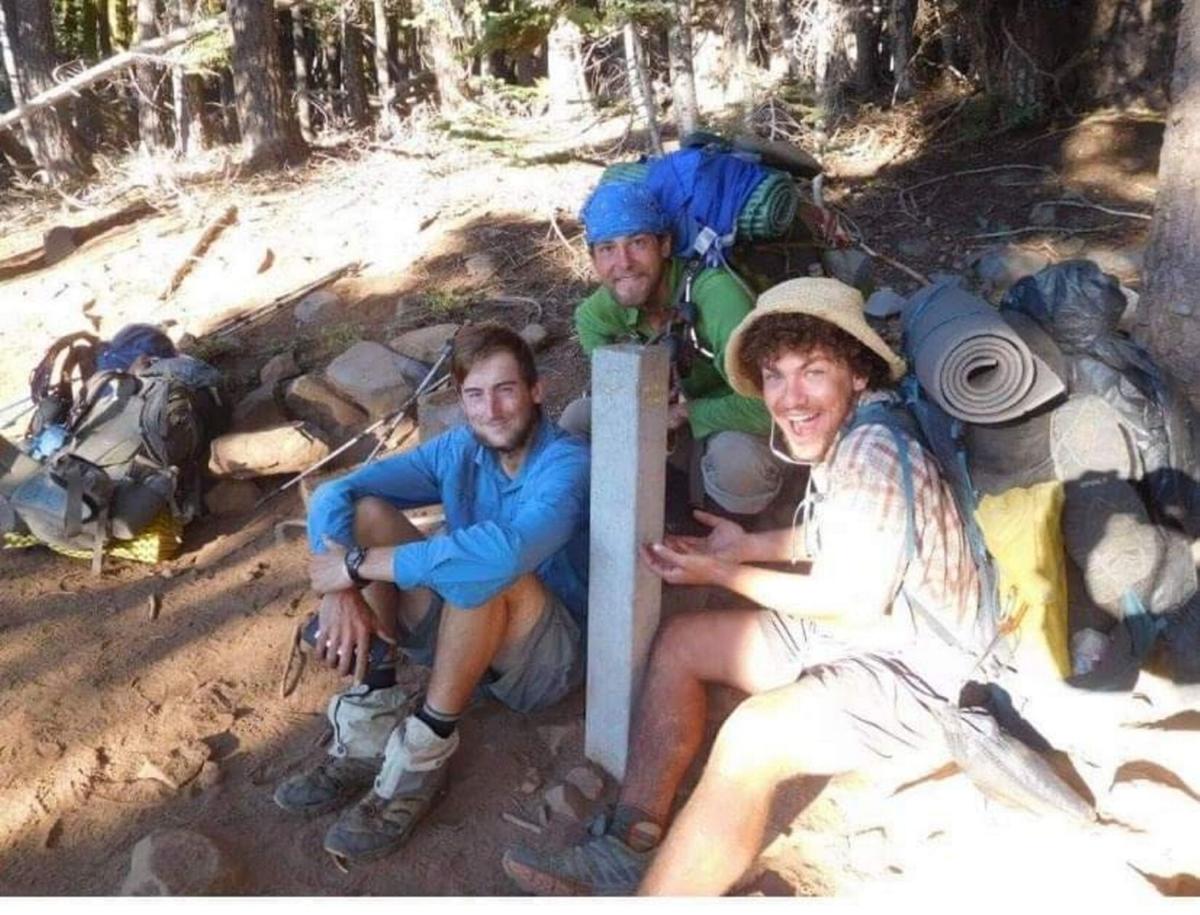 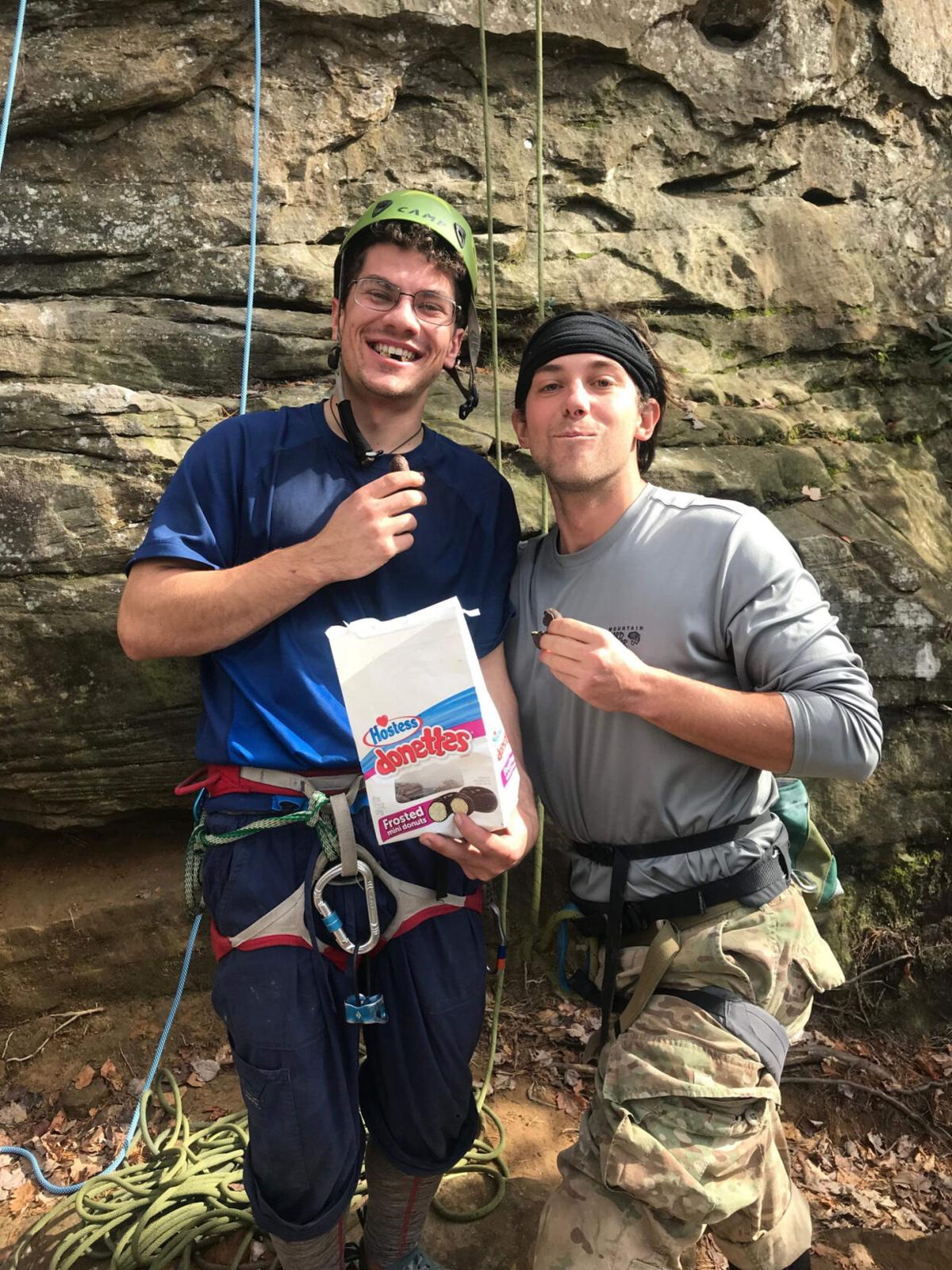 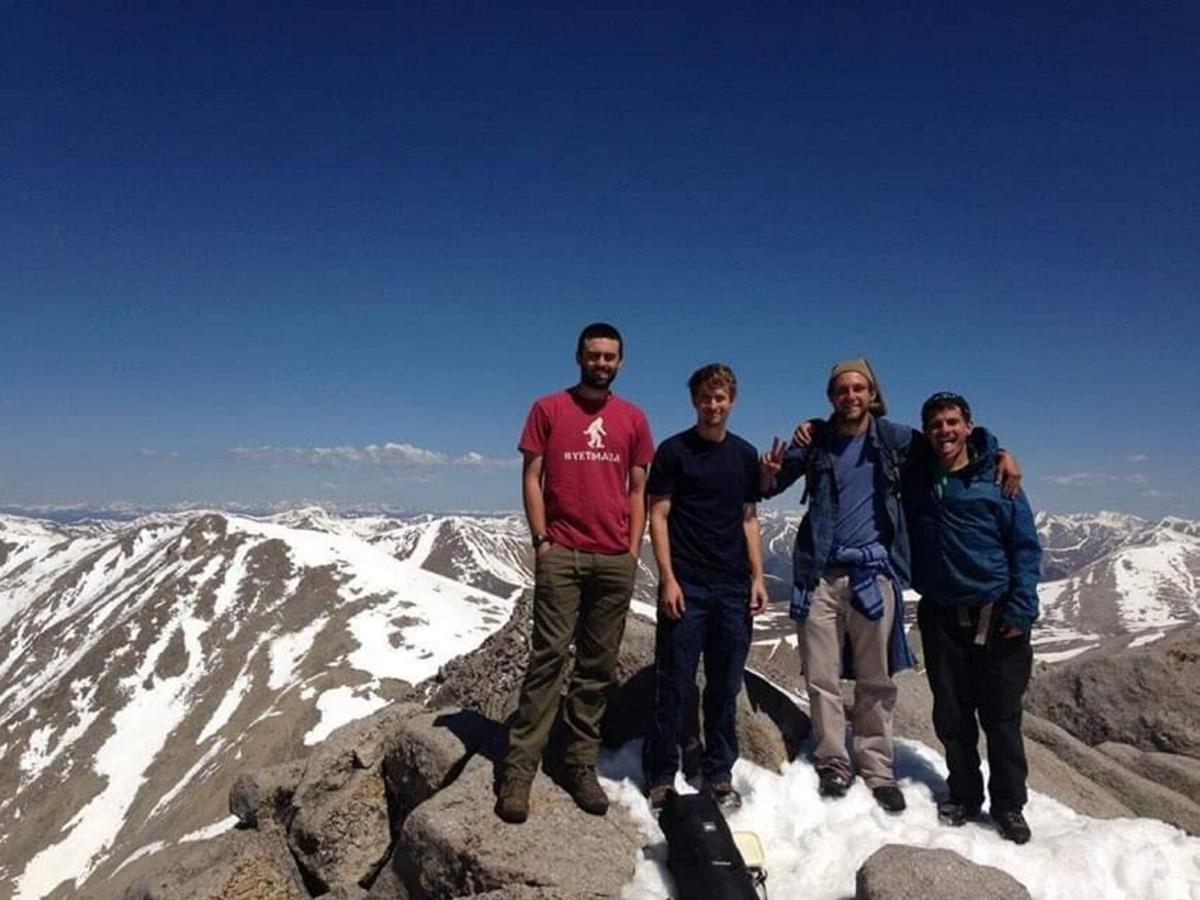 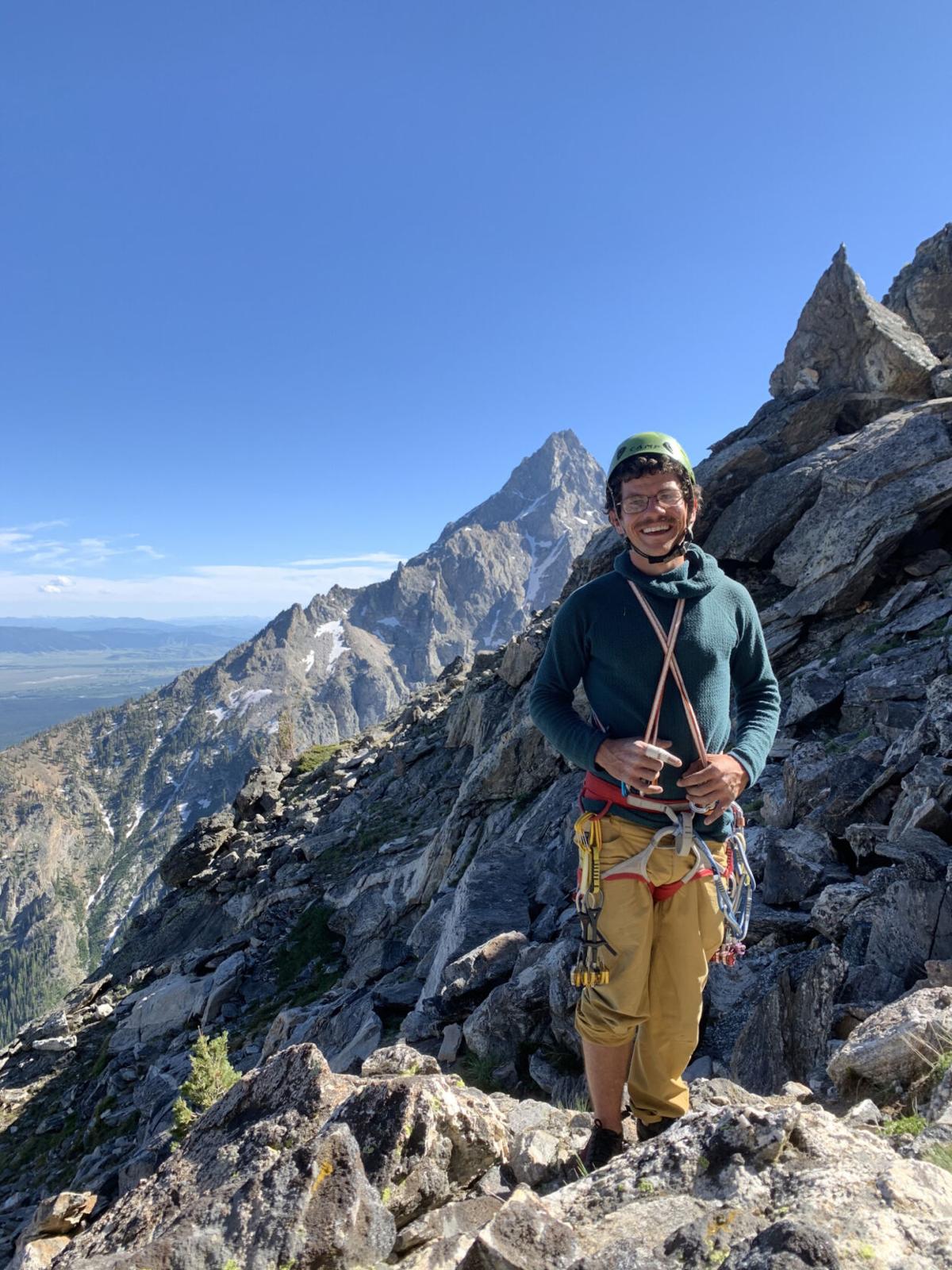 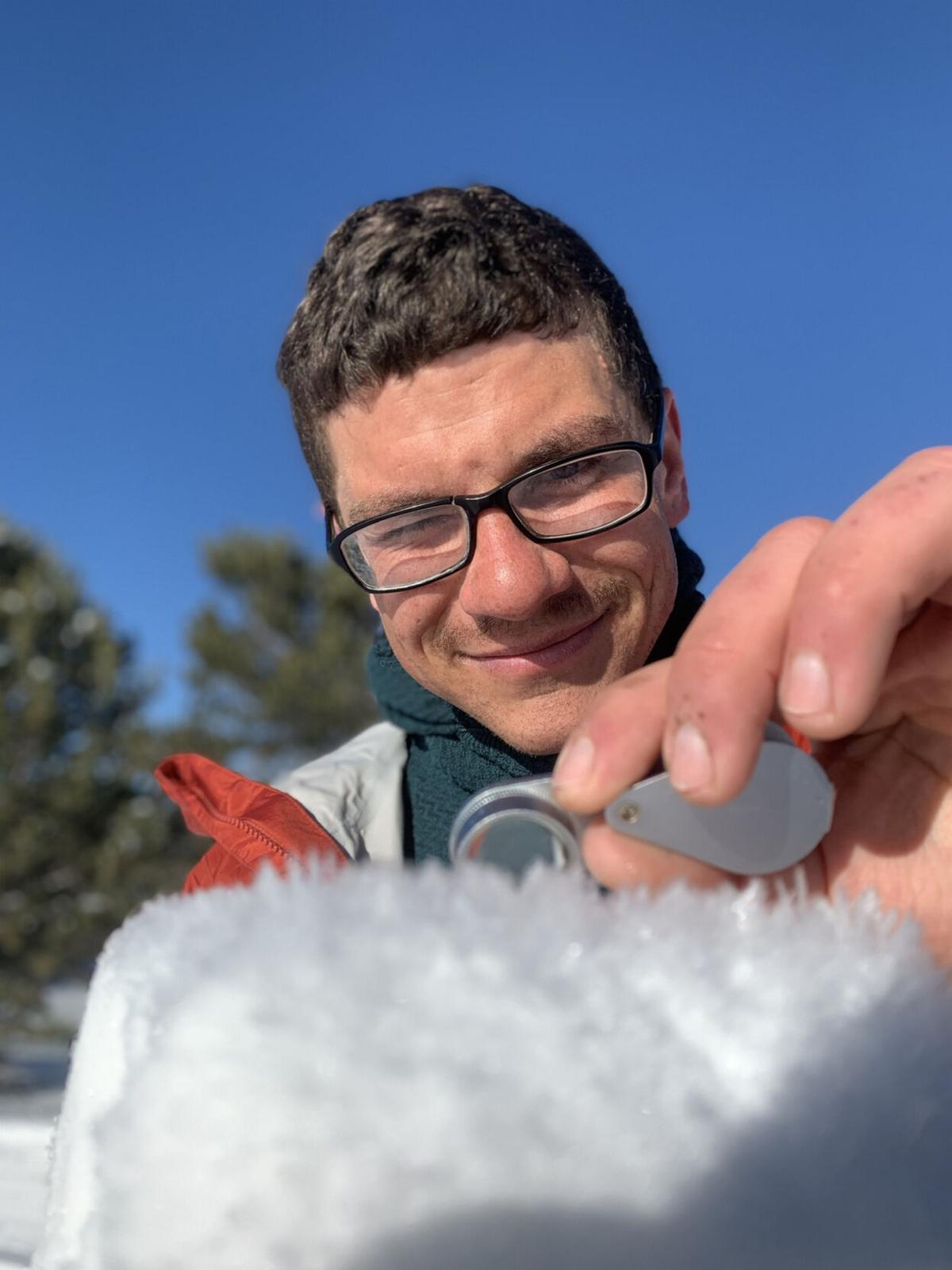 Grunwald was a champion of the environment. Contributed photo

Grunwald was reported missing Sept. 10 by a friend. His family and friends had not heard from Grunwald since Aug. 28, according to Rocky Mountain National Park officials. Grunwald’s vehicle was found at the Glacier Gorge Trailhead on Sept. 10. His body was recovered Sept. 14 between McHenrys and Powell Peaks.

Larimer County Coroner James Wilkerson performed an autopsy on Grunwald and determined that he died on Aug. 29 from multiple blunt force injuries.

The death was accidental, according to the Larimer County Coroner’s Office.

Teams searched for Grunwald, whose intended route was unknown, in areas above 10,000 feet in elevation in winterlike conditions for four days, with 8-10 inches of snow, winds of 50 mph and a wind chill factor of 11 degrees.

Grunwald’s partner, Erika Ristau, who works as a park ranger in Grand Teton National Park in Wyoming, hopes Grunwald’s message of environmental awareness will be passed on.

“Steve would be super bummed that when you Google his name, what pops up is ‘missing man’ and ‘dead man found,’” Ristau said. “Steve would want [people] to know that moss matters, they’re loved, they’re whole and they’re enough. There’s always a silver lining and always a reason to wake up tomorrow.”

“The things that everybody says about Steve sound like cliche things to say about someone but in his case they are actually true,” Shields said. “He really was the light of the world.

“Steve wanted people to know they had greatness in them, even if they’re comfortable there’s still things they can work on ... He knew more about life and living than anyone I know.”

Grunwald brought out the best in people, Shields said.

Ristua agreed, calling Grunwald a dreamer and an actualizer.

“Steve was a curious, brave and creative being,” Ristau said. “He invited everyone to think about hard things. He encouraged people to do things that made them uncomfortable. He pursued all of his dreams wildly.”

Grunwald outlined his ambitions for saving the planet in an April 2019 TedX Talk.

“I’ve always had a dream that I could change the world, and now I see how I can do it,” Grunwald said. “I can help humanity get out of our day-to-day routines and help to incorporate diversity and thought into our lives. ... We can be the next species that drives the world into the next great extinction or we can be the ones to change the cycle.

Some of Grunwald’s goals included saving the headwaters of the Amazon, starting a moss garden, getting his masters in Alpine Ecology and running a 100-mile race, which he would have done this fall if the race wasn’t canceled due to COVID-19, Ristau said.

Ristau met Grunwald in December while traveling in Mexico and Ristau knew immediately she wanted to be connected.

“He started talking about moss,” she said. “That’s how I knew I wanted to be his friend.”

Ristau enjoys macrophotography and taking pictures of moss, she said.

“My friends always gave me heck for it,” Ristau said. “And here was this beautiful human being who understood the beauty of moss and the science behind it.”

Ristau said her favorite memory of Grunwald is when they hiked Casper Mountain in Wyoming together.

“When I first arrived at Casper Mountain, the sun was setting as I drove up the windy road and the snow was blowing off the top so beautifully,” she said. “I knew he appreciates a good sunset so I quickly called him and told him I was there and he had to come watch it with me. He came running outside with a massive smile on his face.”

Everything felt in alignment, Ristau said.

“Everything felt like it was glowing: his smile, his eyes, the sun, heck, we were even both wearing orange,” she said. “The energy was all-consuming.”

The pair ran to the top of the mountain and rolled around in the snow like children, she said, before going back to grab cross-country skis.

“We skied under the stars until 3 a.m.,” Ristau said. “Then we came back and he made me a delicious meal of salmon and vegetables. Steve’s signature thing is banana smoothies. So of course we had those, too. We slept for an hour in a yurt and then began our adventure into a friendship I’ll never lose.”

The two spent five months living out of their cars and traveling across Wyoming, Ristau said.

“He was kind of a crazy romantic,” Ristau, saying that Grunwald had turned down a job in California to be with her.

People from all across the country have reached out to Ristau, she said. Ristau saw Grunwald for the last time in mid-August, before he left for his trip to Colorado, she said.

“I loved him a whole lot and so did everyone else,” Ristau said. “I’m grateful I got to be a part of his life.”

Shields met Grunwald during a conservation program in Colorado in 2015, he said.

“I’ve never bonded with anyone more in my life,” Shields said.

While eating dinner the first night in the program, Shields noticed that he and Grunwald were wearing the same brown Carhartt hat, he said.

“We ended up being inseparable,” he said.

During their first night camping together in the program, they stayed up all night talking, Shields said.

“At 3 a.m. the birds started chirping and we were joking that they sounded like laser beams trying to fight off Sasquatch,” he said.

Grunwald lived with Shields in his car for three and a half months during the program.

“A day with somebody in the wilderness is like knowing somebody for a month in the city,” Shields said.

In 2016, Grunwald stayed with Shields and his family for six months prior to them hiking the Pacific Crest Trail together — a 2,650-mile trail from the Mexican border to the Canadian border.

Grunwald and Shields had plans to live together in Colorado, he said.

“I was supposed to meet up with him Aug. 22-29,” Shields said, adding that he had to cancel the trip.

Shields hadn’t seen his friend since December, he said.

Grunwald, a 2014 graduate of Greenville Central School, will be missed by the community, District Superintendent Tammy Sutherland said.

“The Greenville school community is deeply saddened by the passing of Steven Grunwald,” Sutherland said. “Steven will be remembered for his passion for our environment and his energetic approach to facing challenges. He was a young man who dreamed big and in his time since leaving Greenville Central School District traveled far and accomplished so much. As we mourn the loss of Steven, we know his legacy will continue to be an inspiration to others in Greenville and the many places he traveled.”

After graduating from Greenville, Grunwald attended SUNY College of Environmental Science and Forestry in Syracuse where he received an associates degree from the school’s Environmental and Natural Resources Program, before attending Ranger School from 2015-16.

“From what I recall, he was a very bright spot in my memory,” Johnston said. “He had very positive energy, was always upbeat and someone that could always make you smile. He was a standout member of the ranger class.”

The Ranger School is close-knit with six faculty members and the class of 2016 numbered 62 students, she said.

Many students who graduate from the program remain lifelong friends, Johnston said.

“[His classmates] are, of course, broken-hearted, as are we,” she said.

Grunwald was an experienced hiker and also loved to rock climb, Johnston said.

“In their yearbook, his classmates made Steven the one most likely to be out hiking on a weekend,” Johnston said.

Grunwald had a passion for the outdoors, Shields agreed.

“Sometimes he’d come home after and then go for a 20-mile run up a mountain just because he could,” she said. “He loved to be strong, not for himself, but to empower other people to find their own strength.”

Grunwald’s experience in the back country gave him a unique perspective on life.

In his last Instagram post on Aug. 28, Grunwald encouraged his friends to be introspective: “Don’t let your why die,” Grunwald said. “Question your mental story because greatness exists in all of us and it’s full of pain we must go through, not run away from.”

Wonderful, lovingly written article. Sympathies and paryers for the young man, family and loved ones