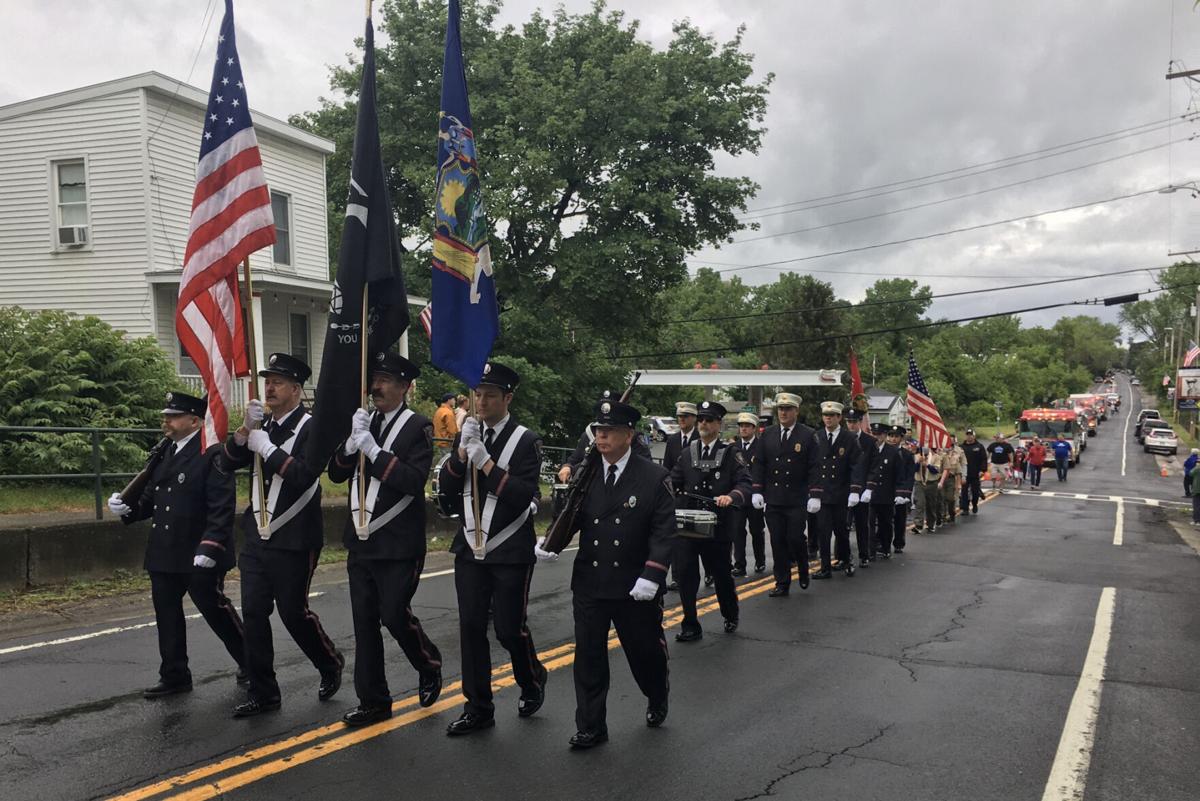 Marchers made their way through the village of Athens on Monday honoring those who made the ultimate sacrifice. Melanie Lekocevic/Columbia-Greene Media 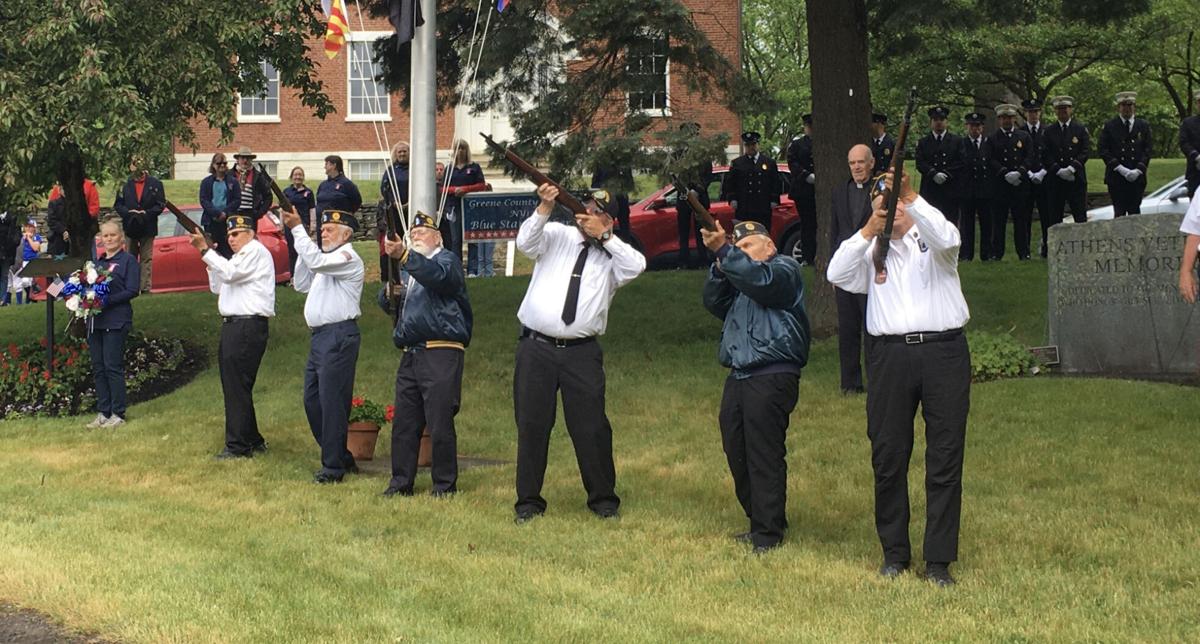 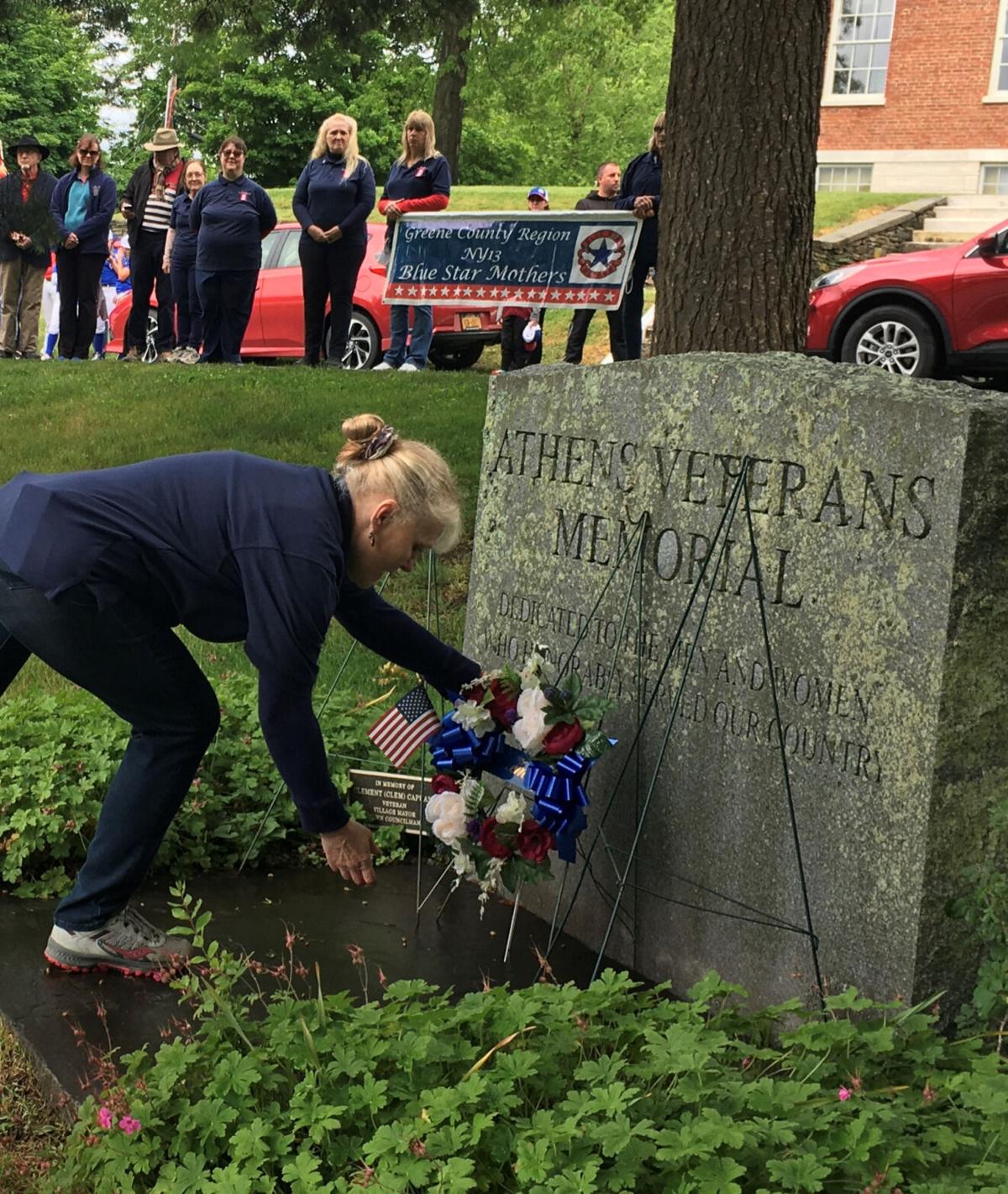 Marchers made their way through the village of Athens on Monday honoring those who made the ultimate sacrifice. Melanie Lekocevic/Columbia-Greene Media

ATHENS — Despite chilly temperatures and threatening skies, Greene County turned out to honor its fallen heroes on Memorial Day.

Several communities held ceremonies commemorating those who gave the ultimate sacrifice. In Catskill, a service was held on the steps of the Greene County Courthouse and Coxsackie and Greenville hosted parades in honor of the fallen, among other services around the county.

Nine groups marched in this year’s parade, but residents lined the streets of Athens to salute the marchers and honor fallen troops.

This year’s event was a welcome return of the parade after last year’s cancellation due to the COVID-19 pandemic, marchers and spectators alike said Monday.

“This is absolutely amazing. I know that some people are nervous, but the village needs life and we need to get back to living,” American Legion TGM Post 187 Commander George Greiner said. “We need to remember those that fell and those that are still fighting.”

Spectators lining the streets were also pleased to see the parade’s return.

“It’s overdue because of the pandemic last year and a couple of years before that they didn’t have it because it was raining,” resident Larry Styles said. “In my opinion, they should have it regardless of rain or whatever because if you think of what our war heroes had to go through, they weren’t worried about the weather. The least we can do is honor them once a year no matter what the weather.”

Mayor Amy Serrago said the parade is an important step in helping the community move forward in the wake of the coronavirus pandemic.

“It was important to get back to some sense of normalcy and it’s great to see even with this mediocre weather, everyone is coming out,” Serrago said. “It really warms my heart to see so many people out here today.”

Village Trustee Joshua Lipsman, who marched alongside other village officials, also welcomed the return of the parade and ceremony this year.

“It’s a very important event in the life of our community,” Lipsman said. “Everyone was disappointed last year because it was one of many events that were canceled due to the pandemic. It’s such an important event commemorating the people we lost in service to our country. It’s also a uniting event, which is particularly important after all the chaos of the pandemic.”

At the Veterans Memorial Monument, the Rev. John Capen said a prayer in memory of service members who have died.

“May we be mindful that we need to protect and preserve the peace and the democracy that they so valiantly strove for,” Capen said during the benediction.

Stephanie Hamilton from Greene County Region NY13 Blue Star Mothers laid a wreath of flowers in front of the monument.

“It’s very humbling,” Hamilton said after the service. “I am very excited that this many people showed up on such a dismal day to remember all those who served and who are serving. That is so important and it’s so emotional.”

After heading back to the American Legion Post, a prayer was recited and a brief service was held, and the post’s flag was lowered to half-staff until noon.

Remembering Memorial Day — and those who gave the ultimate sacrifice in protecting freedom and democracy — is critical, Greiner said.

“It is important for the community to come together, not just today, but every day,” Greiner said. “We all know somebody who gave up their life for the freedoms that we enjoy and we need to honor them.”