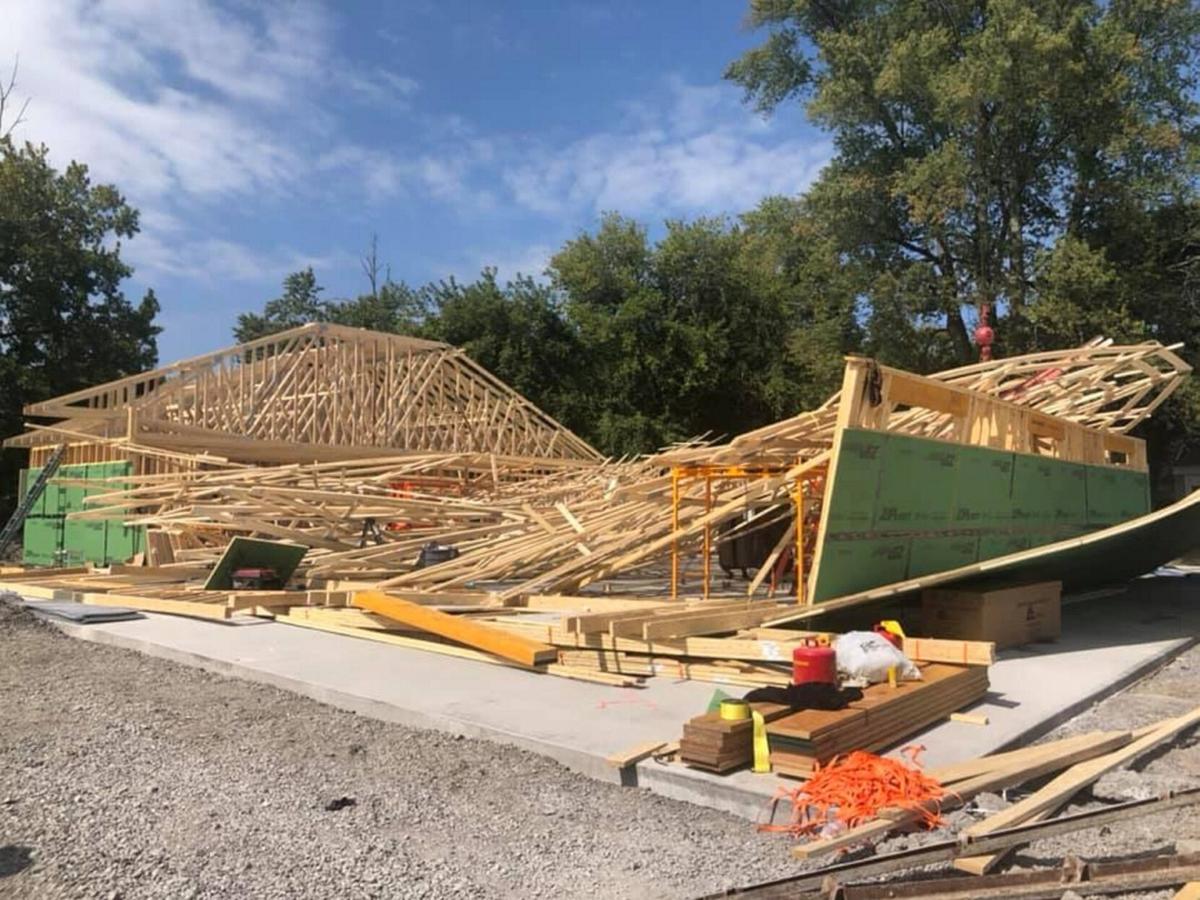 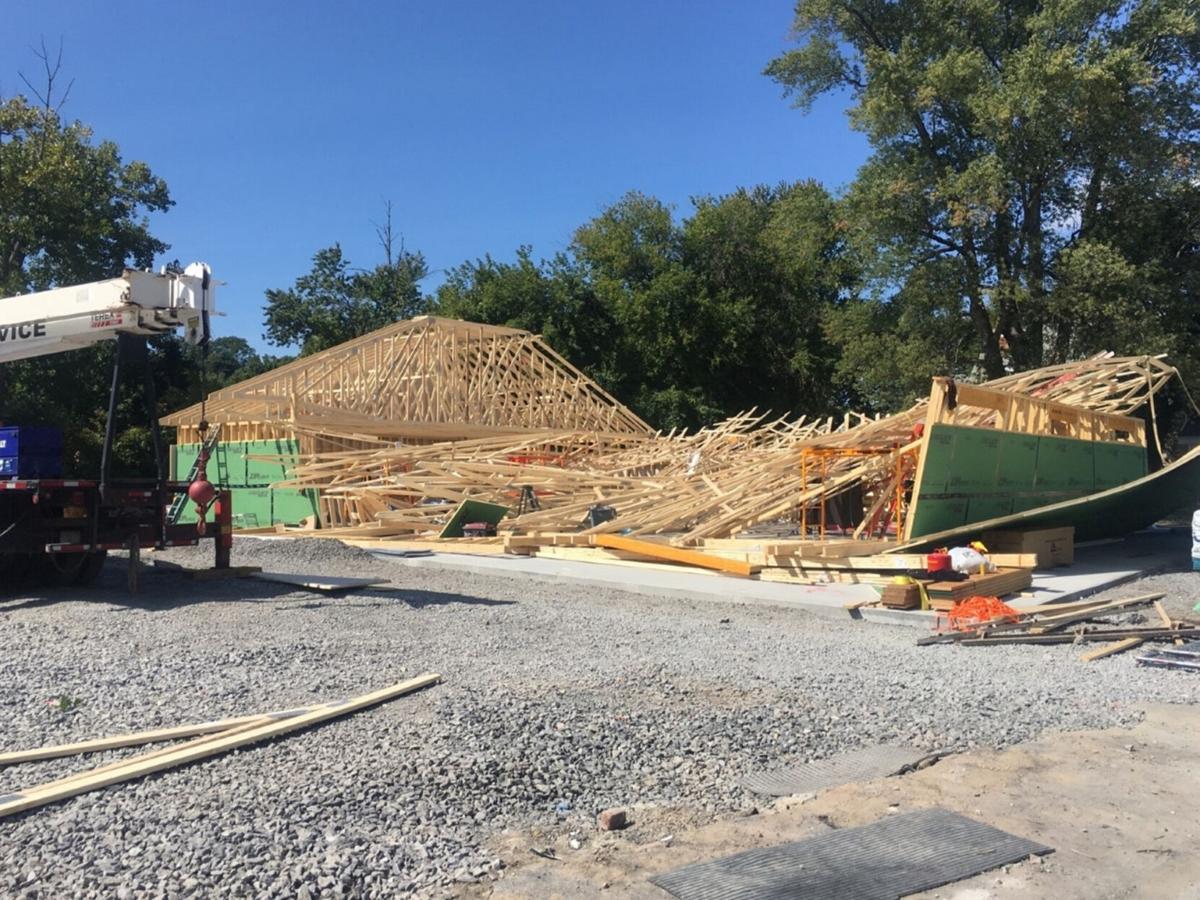 Two-thirds of the Catskill Stewarts that was under construction, collapsed Friday. Bill Williams/Columbia-Greene Media 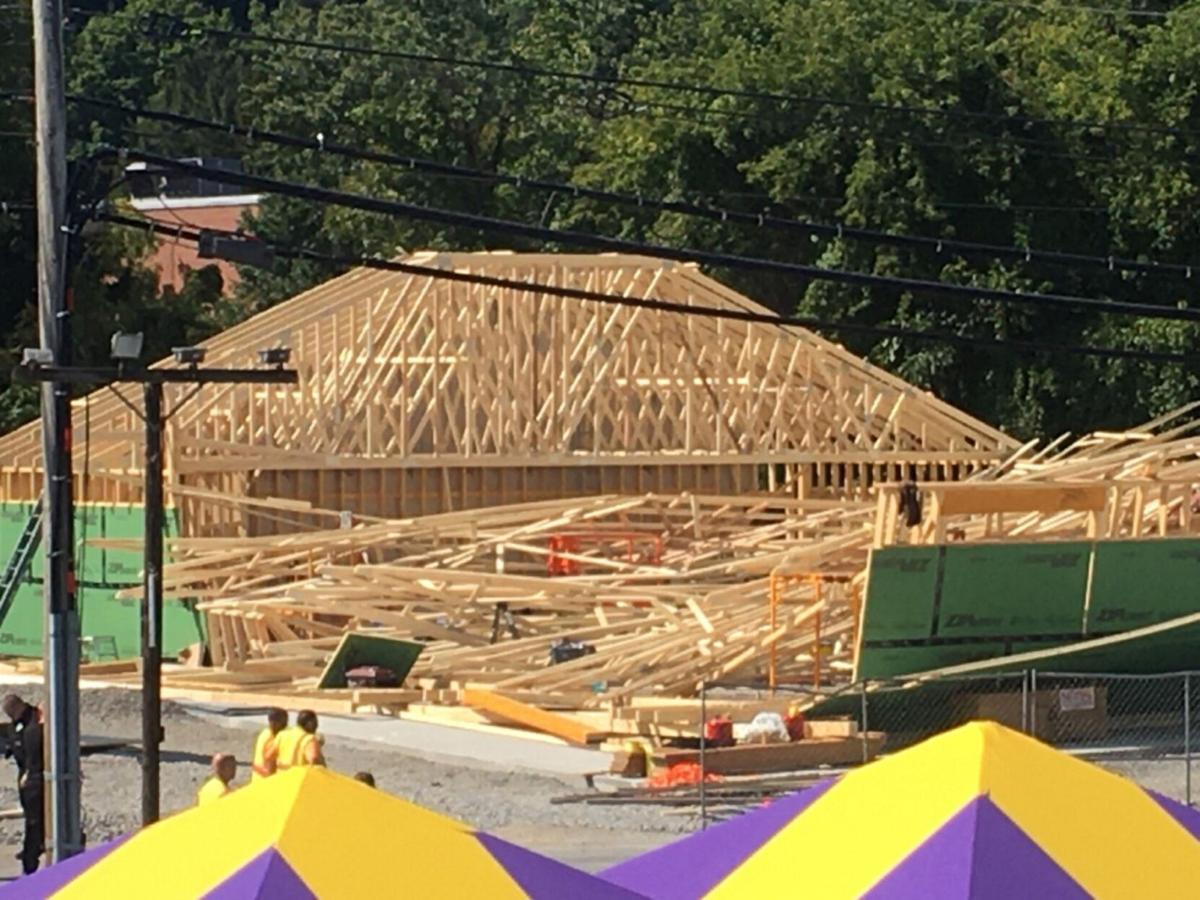 A construction worker was injured when part of the new Stewart’s in Catskill collapsed Friday. Bill Williams/Columbia-Greene Media

Two-thirds of the Catskill Stewarts that was under construction, collapsed Friday. Bill Williams/Columbia-Greene Media

A construction worker was injured when part of the new Stewart’s in Catskill collapsed Friday. Bill Williams/Columbia-Greene Media

CATSKILL — A construction worker was trapped when the wooden framework of the new Stewart’s Shop under construction collapsed just after noon Friday.

The man was on a ladder and was struck by a couple of boards when they fell, Catskill Police Chief David Darling said.

Frascello did not have any identifying information about the man. Darling did not know the man’s age or hometown.

The construction worker was taken by Town of Catskill Ambulance to Columbia Memorial Health in Hudson as a precaution, Darling said.

Two-thirds of the building fell in the accident.

The new Stewart’s is being built at the corner of West Bridge and West Main streets in the village, where Mountain T-Shirt was located before its demolition in August.

The man who was trapped works for Perez Construction in Catskill, Ragaini said.

Perez is a subcontractor on the project, which is being managed by XCL Construction, of Cicero, Ragaini said.

Cicero is a town of 31,000 people in northern Onondaga County, north of Syracuse.

The project manager from XCL Construction and the Occupational Health and Safety Administration were on their way to the Catskill site Friday afternoon, Darling said.

The cause of the accident is under investigation, Stewart’s Shop spokeswoman Erica Komoroske said.

“Our construction crew is working with authorities to determine the cause,” Komoroske said. The accident will put construction temporarily on hold, Ragaini said.

“There is a shortage of trusses due to COVID,” he said. “The project had to wait for the ones that came down, and they’ll have to wait for their replacements.”

Komoroske estimated the delay would be at least 10 days.

“It will definitely delay construction and that will have to be evaluated,” she said.

Some workers at the site continued on the job Friday afternoon in the areas where the gas pumps will be located.

The Catskill Fire Department assisted with the rescue and traffic control, until Department of Public Works crews were able to install barriers. West Main Street was closed to traffic in the area of the accident.

Village planners approved the new 3,996-square-foot Stewart’s Shop in May.

The new store will have two gas pumps and was on schedule to be completed in October, Village President Vincent Seeley said last month.