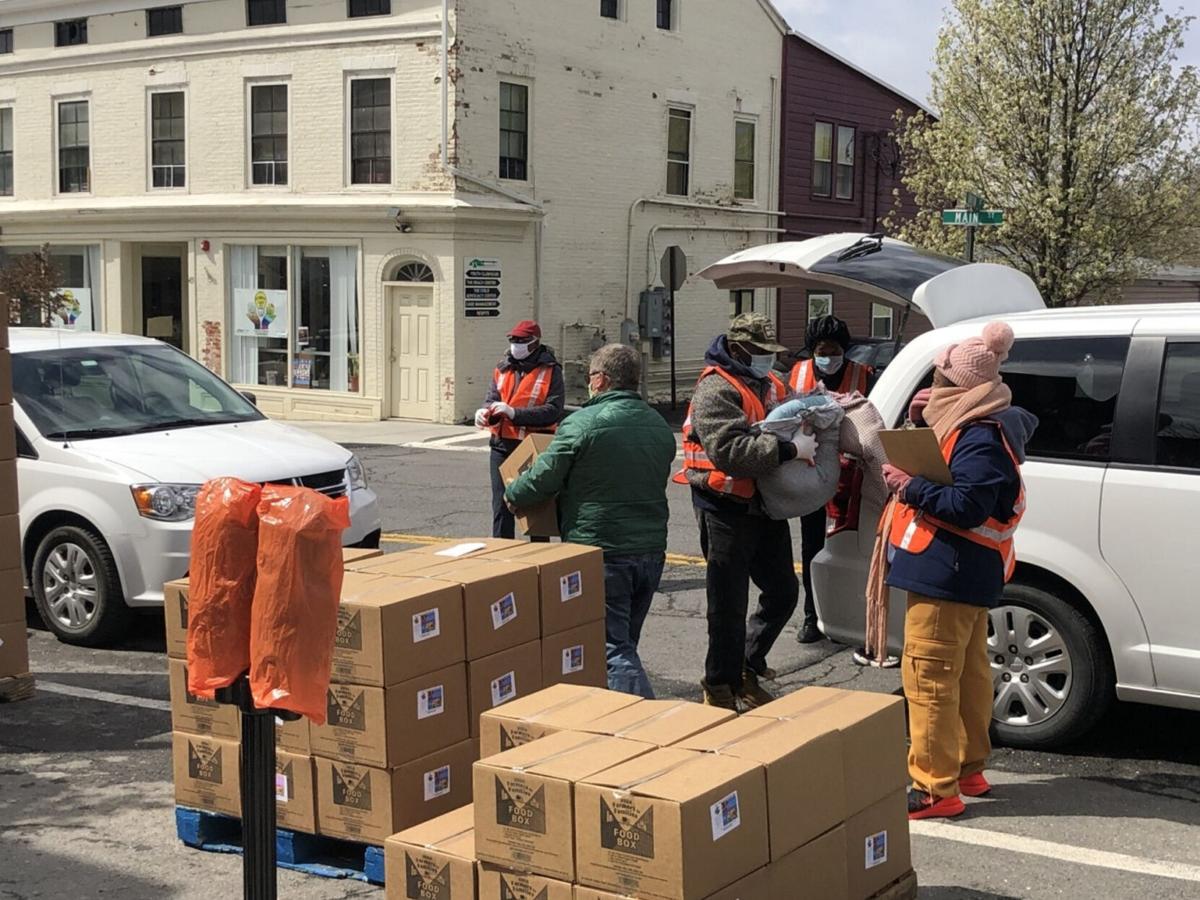 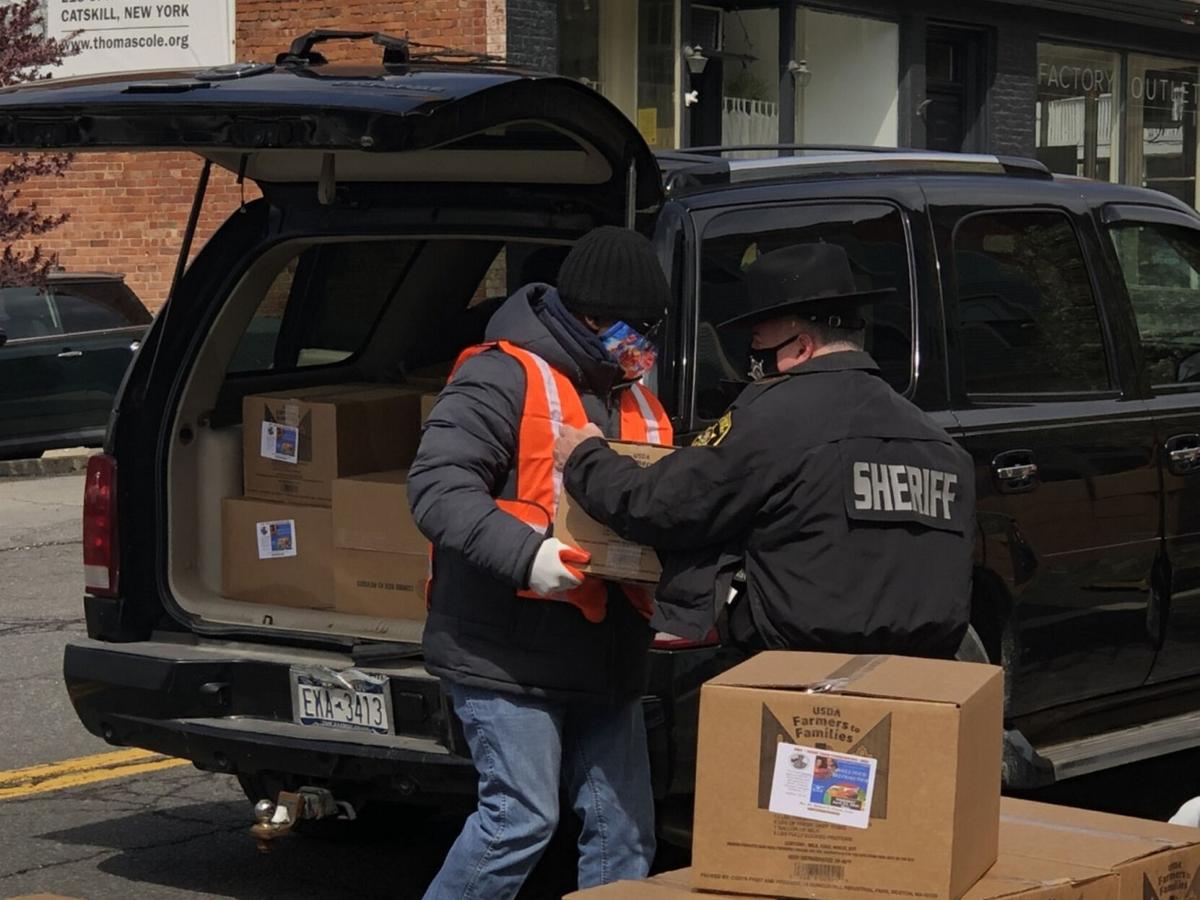 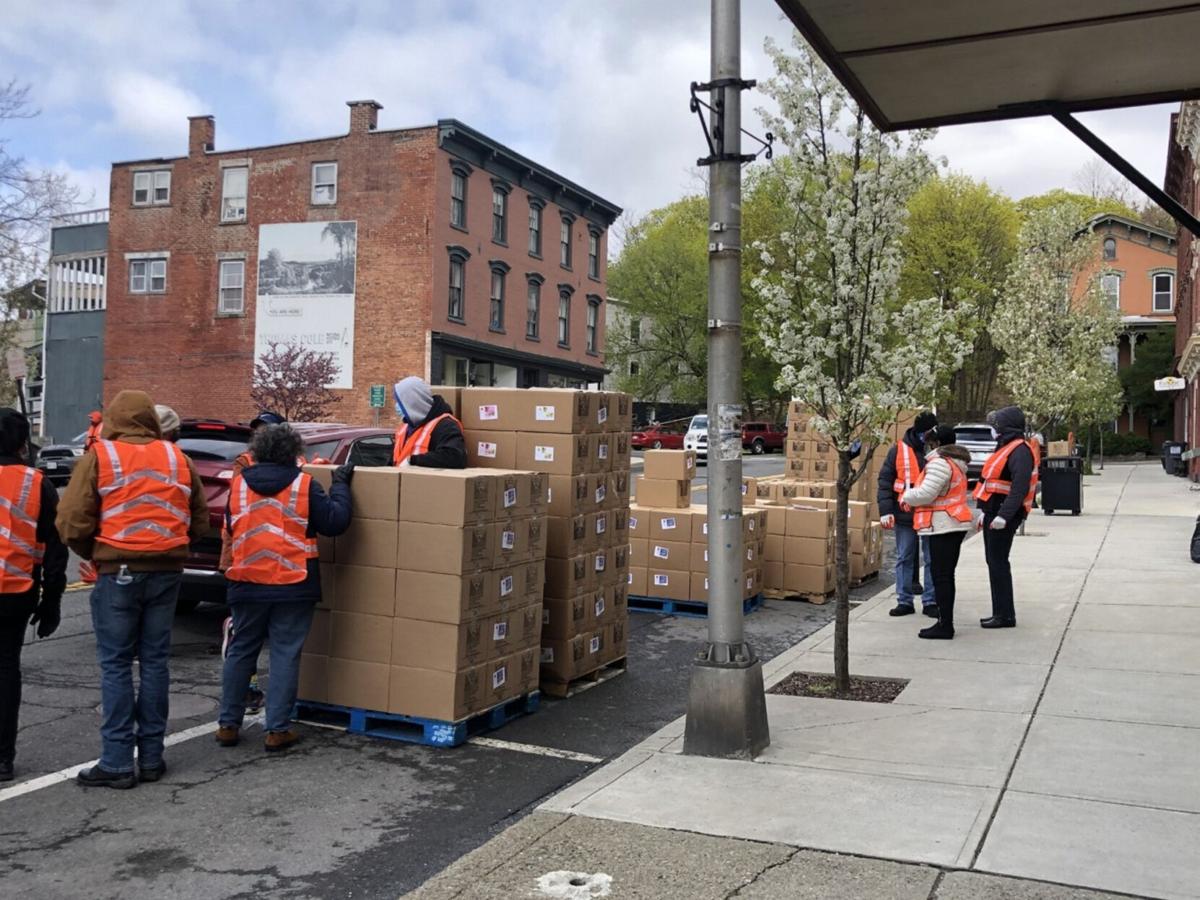 Six pallets of food were given away at the Second Baptist Church of Catskill’s mass food distribution on Thursday. Bill Williams/Columbia-Greene Media

Six pallets of food were given away at the Second Baptist Church of Catskill’s mass food distribution on Thursday. Bill Williams/Columbia-Greene Media

CATSKILL — More than 500 families were assisted Thursday during another mass food distribution in Catskill, the Rev. Richard Turpin of the Second Baptist Church said.

Five-hundred-and four 35-lb. boxes of food were given away in 45 minutes, Turpin said.

The distribution was scheduled to begin at 11 a.m., but started at 10:45 a.m., because there was already a line of cars that were waiting on Main Street for the event to begin, Turpin said.

Between 15 and 20 volunteers loaded boxes into waiting cars. Greene County Sheriff Pete Kusminsky and several deputies packed a Sheriff’s Department van with boxes, that they delivered to residents of the Hop O Nose Apartments in Catskill, that were unable to make it to the church at 458 Main St., Turpin said.

There was also a line waiting at the Greene County YMCA in Coxsackie on Thursday morning, where the Y gave away 754 boxes of food, Turpin said. The Second Baptist Church and YMCA planned together for the event, with both organizations receiving the boxes of food through a partnership that the YMCA has with the U.S. Department of Agriculture.

No registration was required for the food distribution. It was first come, first served. Those in need walked up, or drove up, to the church, where volunteers placed the boxes in the cars.

“We’re continuing to help those in need,” Turpin said.

Thursday’s was the fourth community food distribution sponsored by the church.

The church is planning to give away 750 boxes at its next food distribution, which is scheduled for sometime in late May, Turpin said.