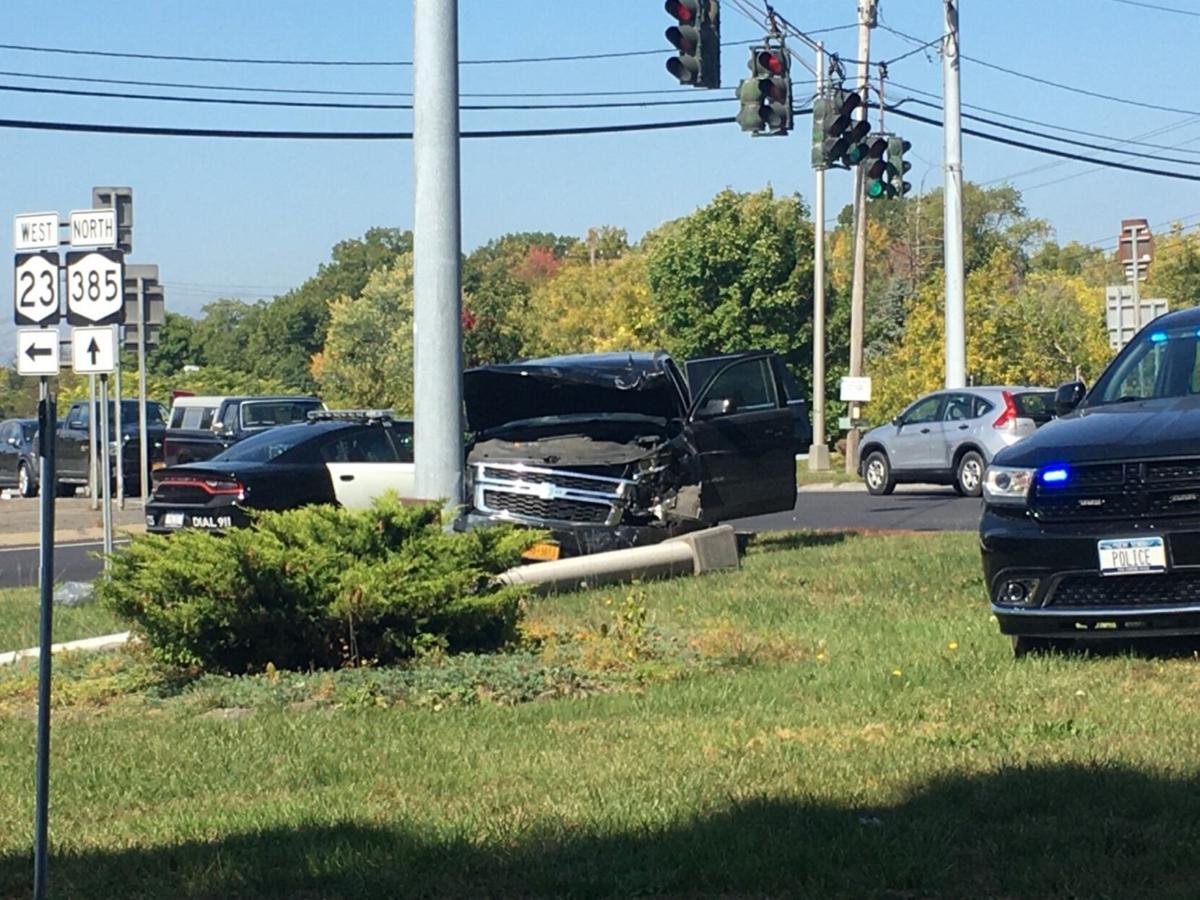 An SUV knocked down a light pole during a two-vehicle accident in Catskill on Saturday. Bill Williams/Columbia-Greene Media 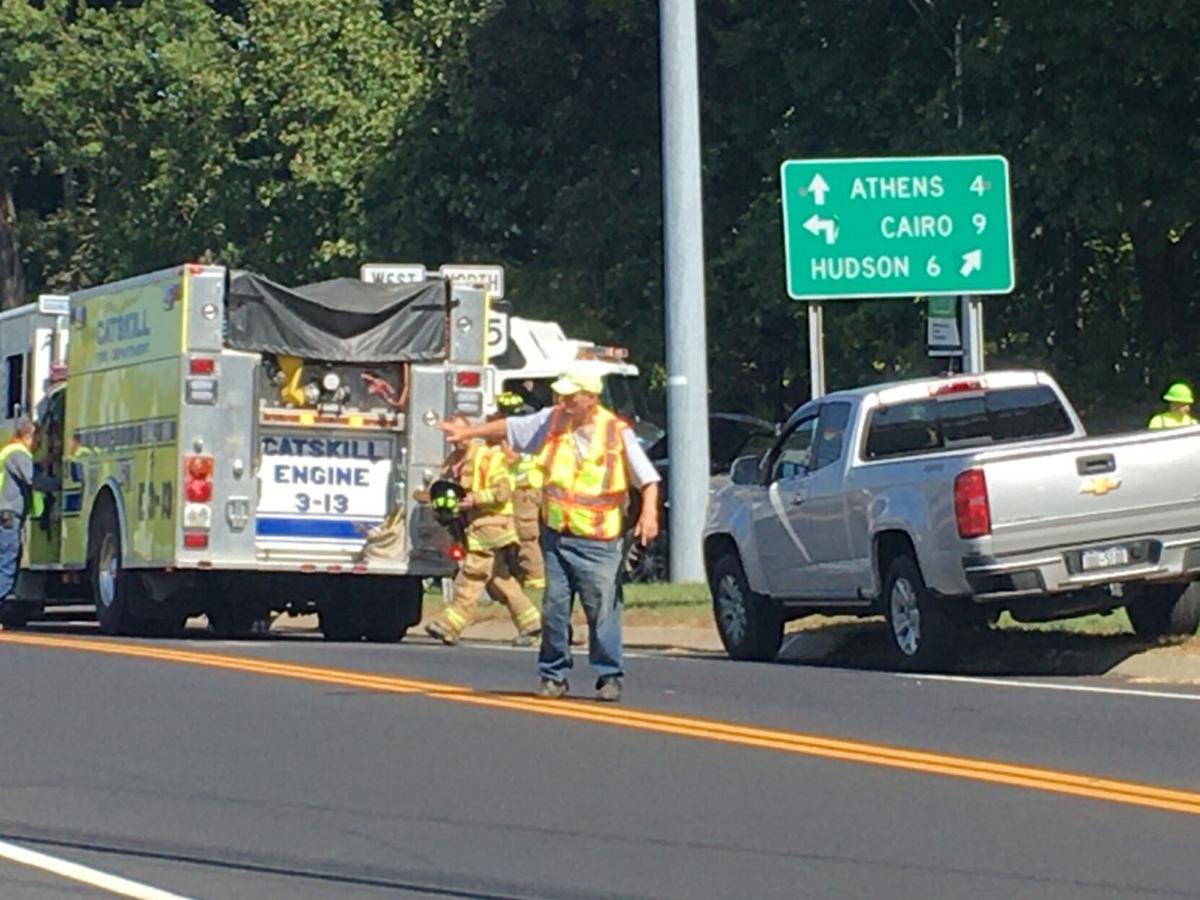 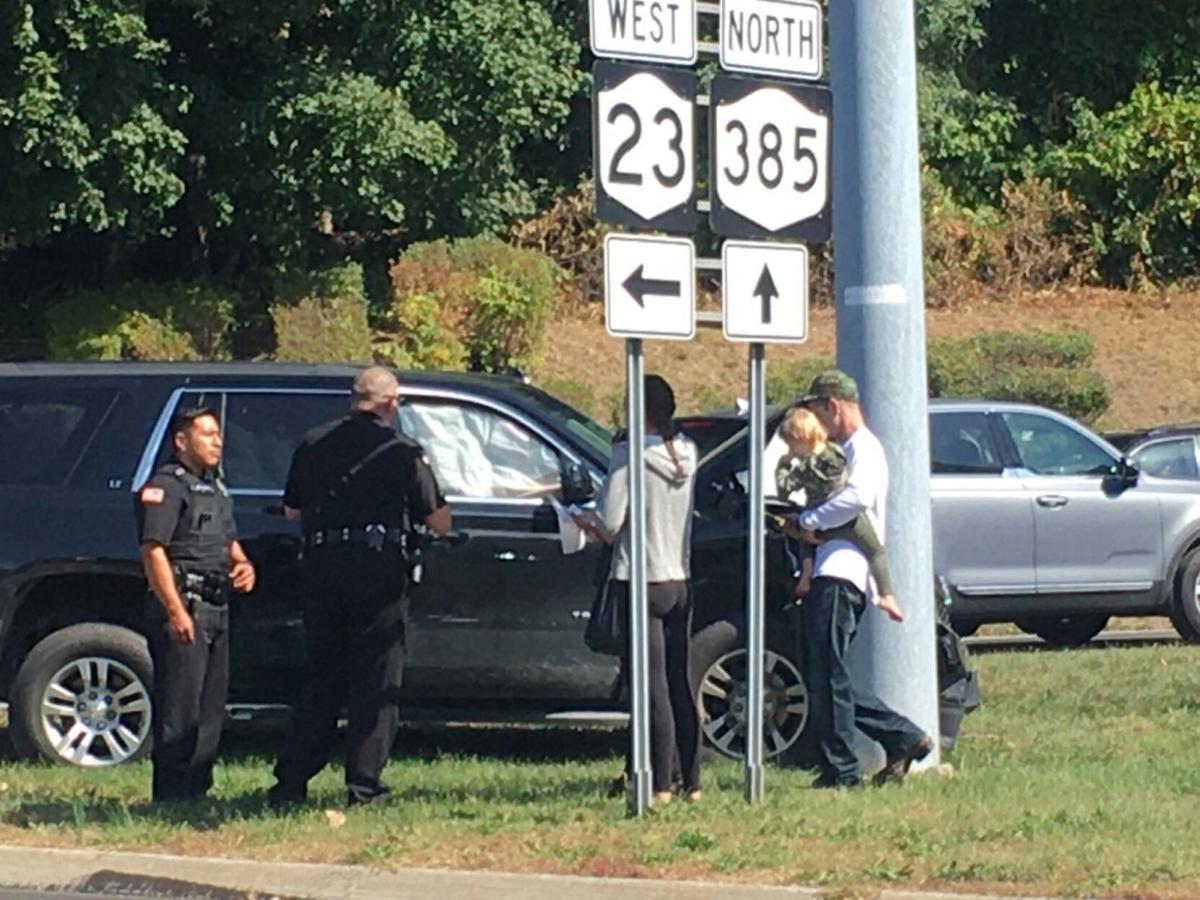 An SUV knocked down a light pole during a two-vehicle accident in Catskill on Saturday. Bill Williams/Columbia-Greene Media

One driver, Nilan Drnjuha, 46, did not have life-threatening injuries, Frascello said.

The other driver, D.M. Sreitas, 30, of Catskill, was not injured, Frascello said.

At about 11:56 a.m., Catskill Fire Company and Town of Catskill Ambulance were sent to the intersection of Route 23 and Route 385 for a reported two-car accident.

The vehicle, driven by Drnjuha, failed to yield the right of way at the intersection and struck another vehicle, operated by Sreitas, Frascello said.

The Sreitas vehicle then struck two poles, knocking down one pole that had a street lamp, Frascello said.

No tickets were issued, Frascello said.

There were long traffic back-ups in both directions on Route 23 until the accident was cleared.

The state Bridge Authority and Central Hudson Gas and Electric responded to the scene due to the downed pole. Catskill Police investigated.

7 signs your water pipes are in trouble

Everyone can save on vital energy costs

Restart Growth Now and Become Crisis-Proof for the Future