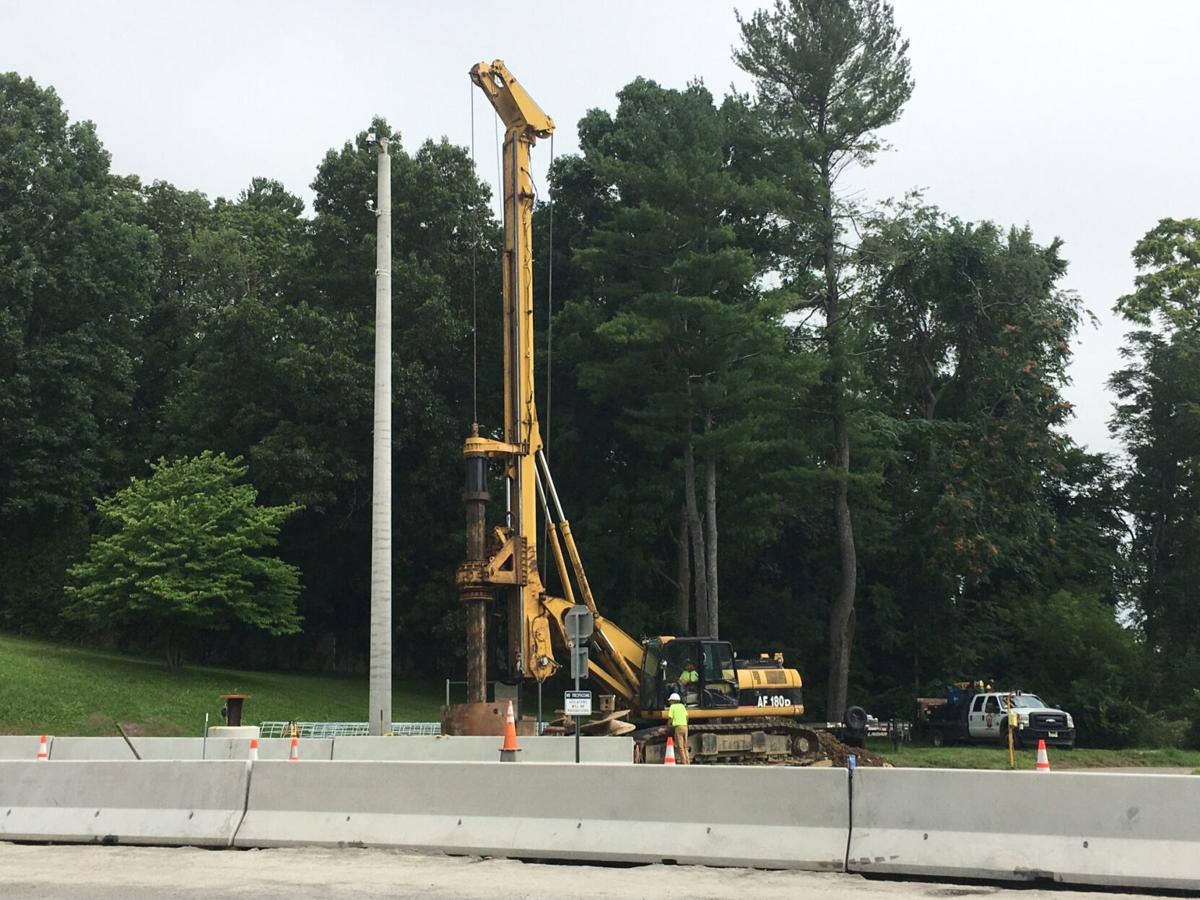 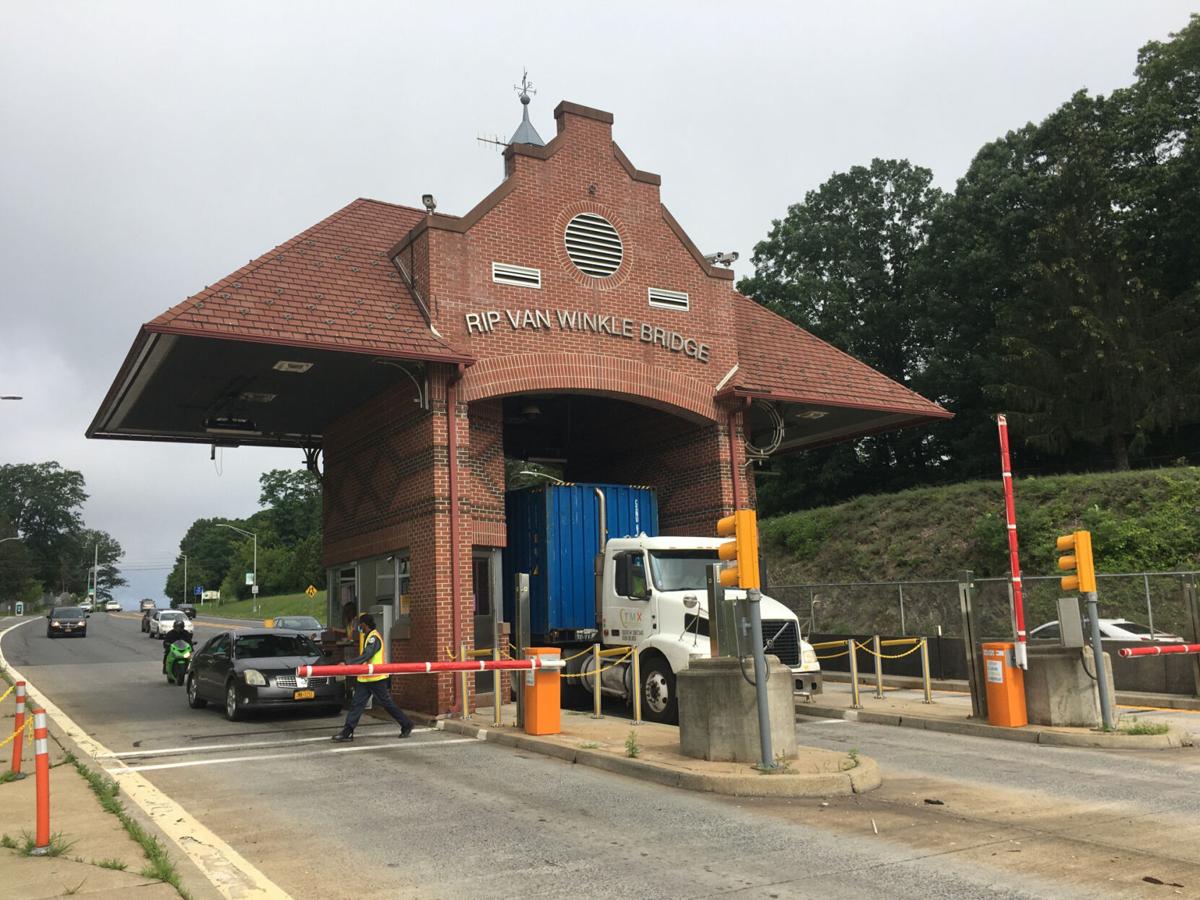 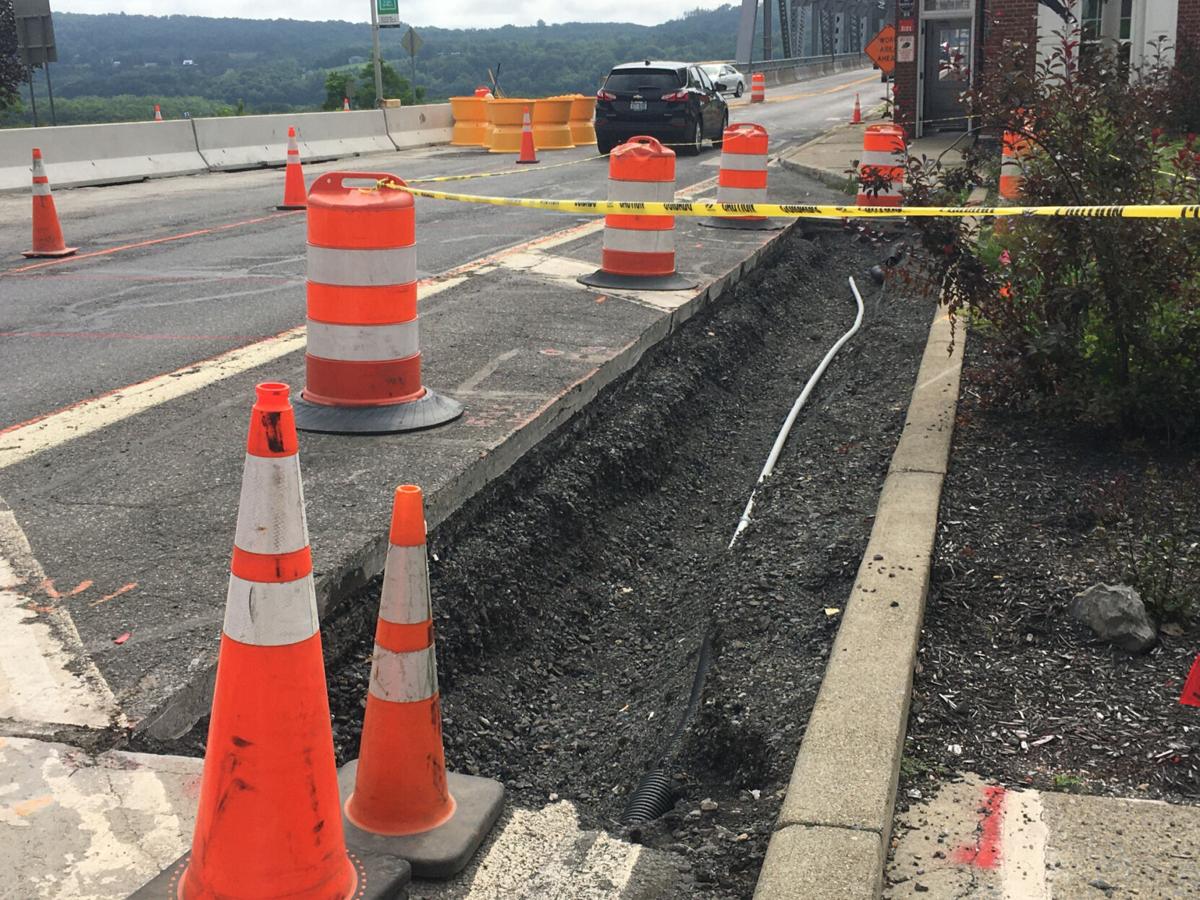 A trench has been excavated to run cables from the service area building to the electronic gantries. Melanie Lekocevic/Columbia-Greene Media

A trench has been excavated to run cables from the service area building to the electronic gantries. Melanie Lekocevic/Columbia-Greene Media

Equipment arrived at the bridge Monday and drilling to construct the foundation began Tuesday on the Greene County side of the span to install the electronic gantries that will bring cashless tolling to the bridge.

A trench has been excavated on the Columbia County-bound side to install cables running from the brick administration building on the southwest side of the bridge to the gantries.

A completion date for the project is not immediately known.

All five bridges under the jurisdiction of the New York State Bridge Authority are shifting to cashless tolling, which enables drivers with E-ZPass tags to pay the toll by driving beneath the electronic gantries. Drivers without E-ZPass will have their license plate photographed and will be billed by mail.

Cashless tolling has been implemented at the Newburgh-Beacon Bridge and the next bridge expected to go on the new system is the Bear Mountain Bridge in the fall. The Catskill-Hudson crossing will be next, according to a spokesman from the Bridge Authority.

The cost of converting all five bridges to cashless tolling is approximately $30 million, which includes the contract with the toll systems provider, installation of the equipment and rehabilitation of the roads at the conclusion of construction, Steber said.

Cables are being installed from the administration building to the gantry, which will take about two weeks, Moylan said.

The gantries are expected to be delivered to the bridge around the middle of August, Steber said. The gantry will be positioned in the area between the flagpole and the administration building, he added.

The tollbooths will be removed but a demolition date has not been scheduled.

“Once the cashless tolling system goes live, demolition will start on the current tollbooths,” Steber said. “In the spring, the toll plaza will be reconfigured to a new traffic pattern.”

After the system goes live, traffic traveling east will pass through lane 1 and go under the gantry. Initially, traffic heading west will not change much, Steber said. When the toll booths are removed, westbound traffic will no longer have to shift to the right to bypass the toll booths, and will instead travel straight through, where lanes 2 and 3 are currently located.

The toll booths were built in the early 2000s and will be demolished after the system goes live. A demolition date has not been set at this time. Other buildings on the property, including the historic administration building, will be retained.