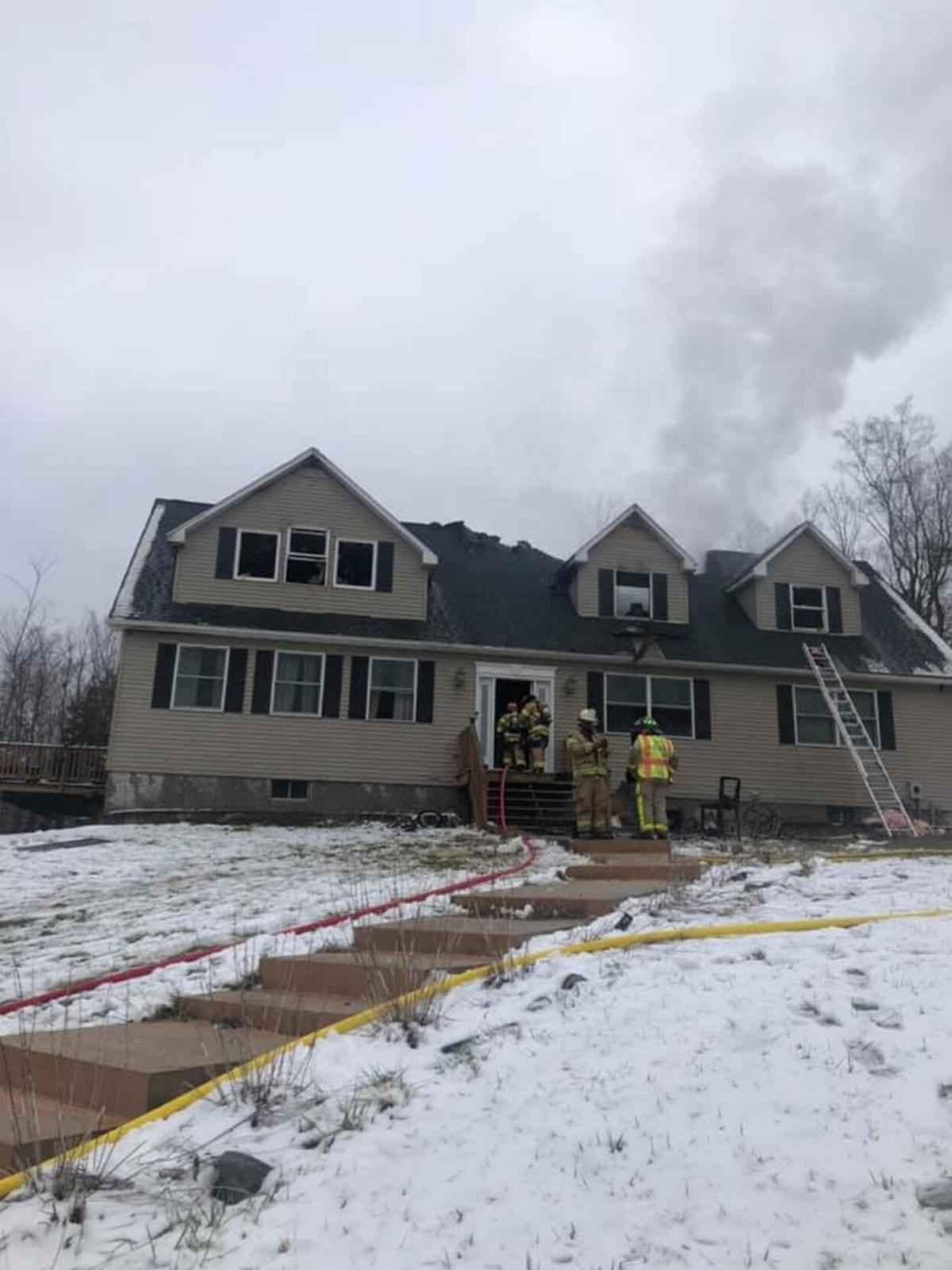 Fire tore through the second floor of a home in Cairo on Tuesday. Courtesy of Catskill Fire Company 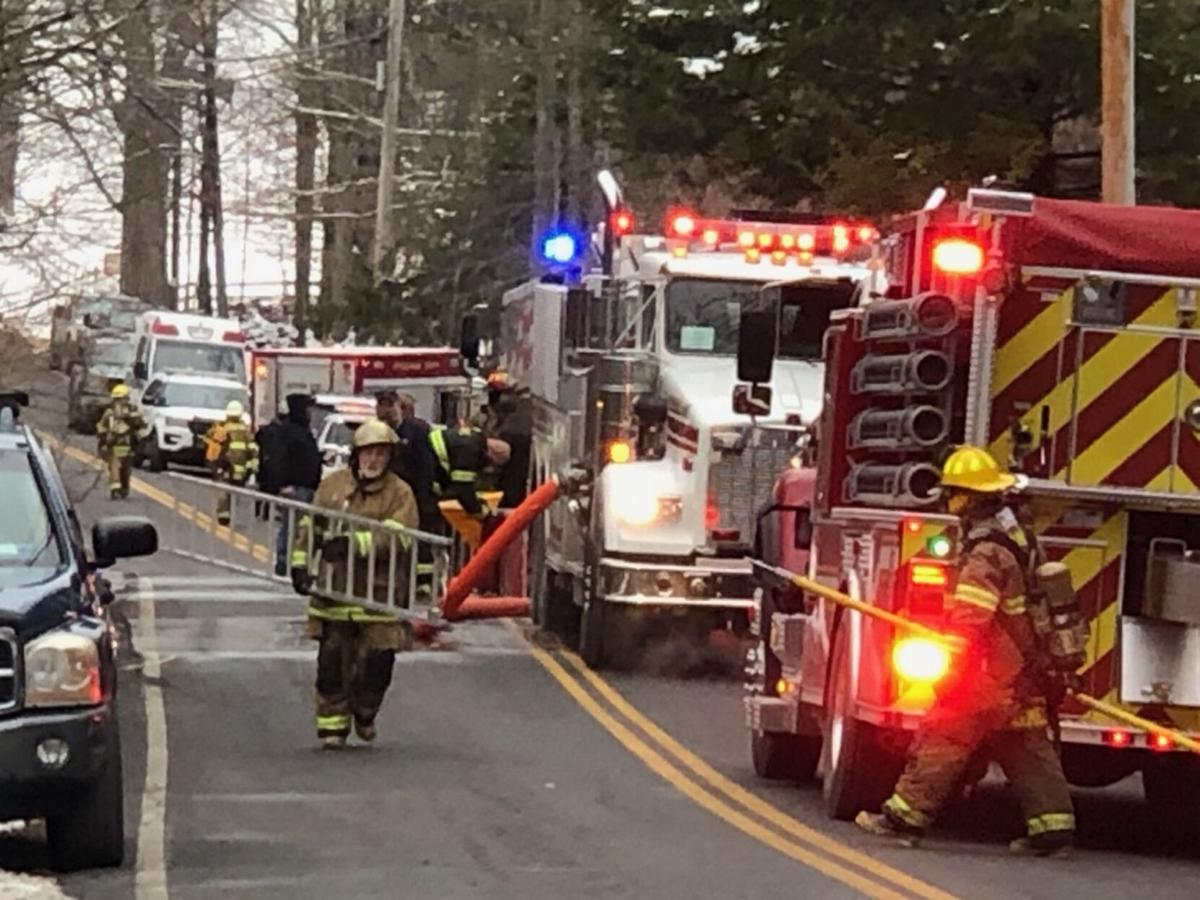 Ten fire companies were on the scene of a house fire in Cairo. Bill Williams/Columbia-Greene Media 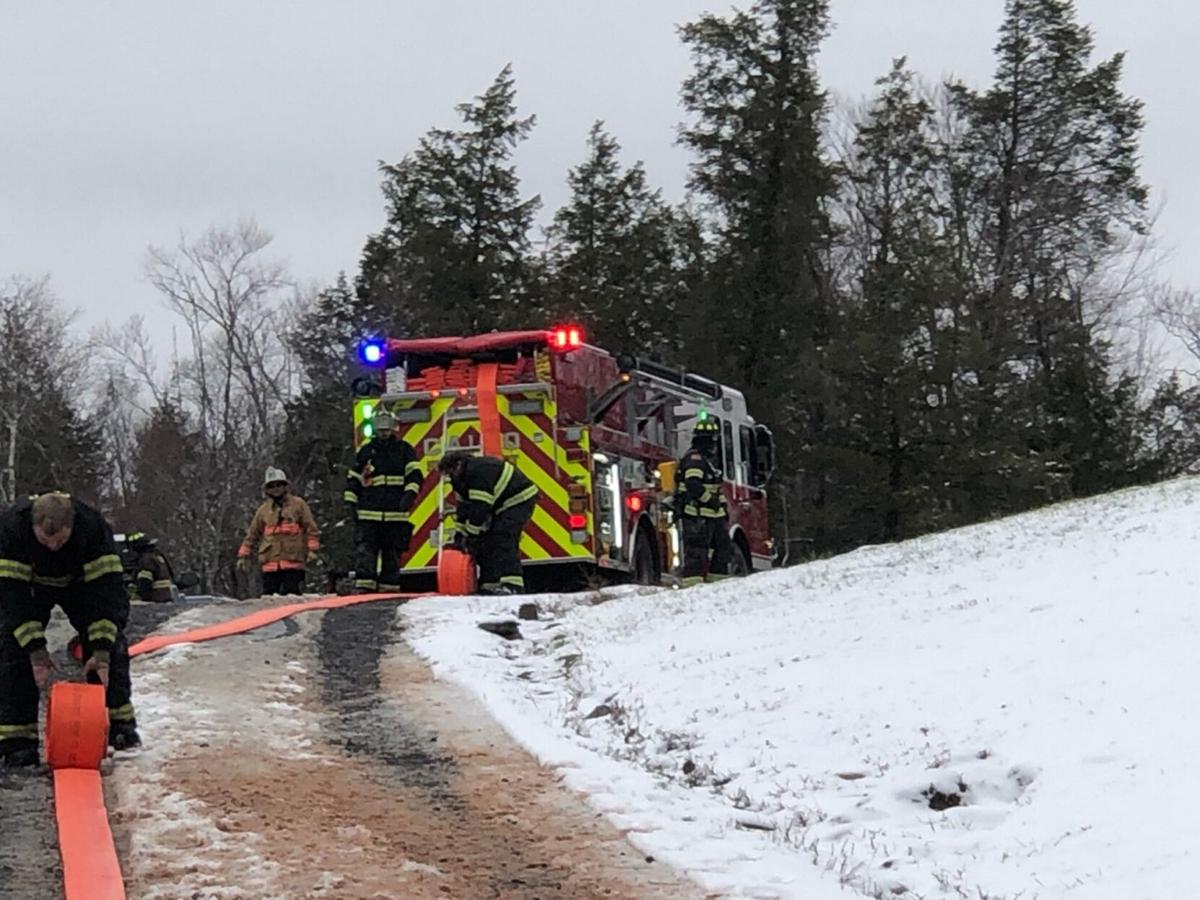 A steep driveway made it difficult to get fire trucks close to a house fire on Route 20 on Tuesday. Bill Williams/Columbia-Greene Media 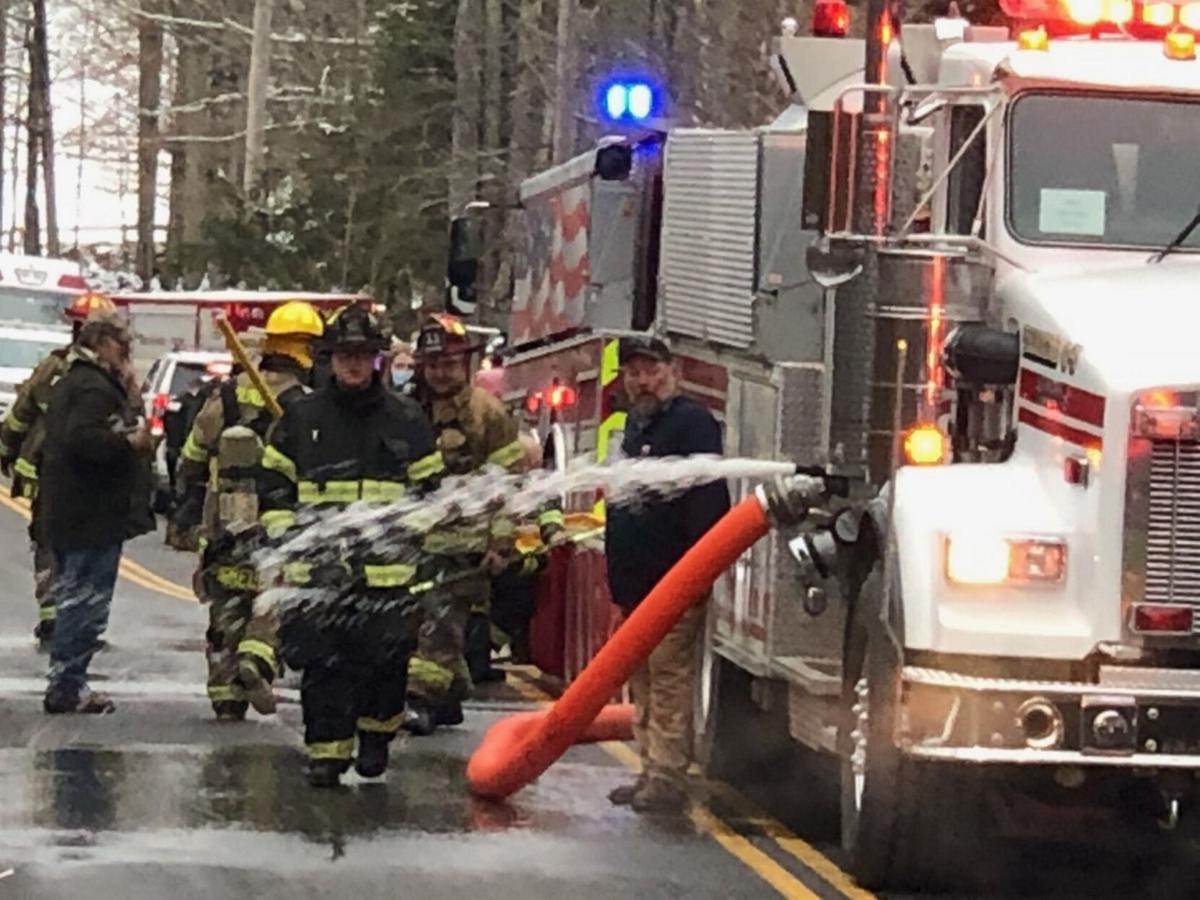 Fire tore through the second floor of a home in Cairo on Tuesday. Courtesy of Catskill Fire Company

Ten fire companies were on the scene of a house fire in Cairo. Bill Williams/Columbia-Greene Media

A steep driveway made it difficult to get fire trucks close to a house fire on Route 20 on Tuesday. Bill Williams/Columbia-Greene Media

CAIRO — A family of five is homeless after fire tore through their two-story home in Cairo on Tuesday afternoon, Cairo Fire Chief Ray Feml said Wednesday.

The first firefighters to arrive on the scene reported a working structure fire and requested mutual-aid assistance from neighboring fire companies.

Ten fire departments from Greene County fought the blaze on the second floor of the home. Flames were seen coming through the roof of the house.

Fire officials reported the fire was knocked down after one hour and 15 minutes, and continued going through the building to make sure it had not spread any further.

The home’s occupants, two adults and three children, and their two dogs, were all able to make it out of the house safely, Feml said.

The residents told fire officials they would find another place to live while the home was being repaired, Feml said.

The steep, snow-covered driveway leading up to the house made it difficult to get trucks close to the home. One pumper, using tire chains, was able to make it to the top of the hill, Feml said.

Water was pumped up to the fire scene from tankers that lined Route 20.

The home had extensive fire damage on the second floor and water damage on the first floor, Feml said. Central Hudson Gas and Electric responded to disconnect power to the home.

The cause of the fire was electrical in nature, Feml said.

County Route 20 was closed to traffic in the area of the fire. All fire departments were back in service at 5 p.m.