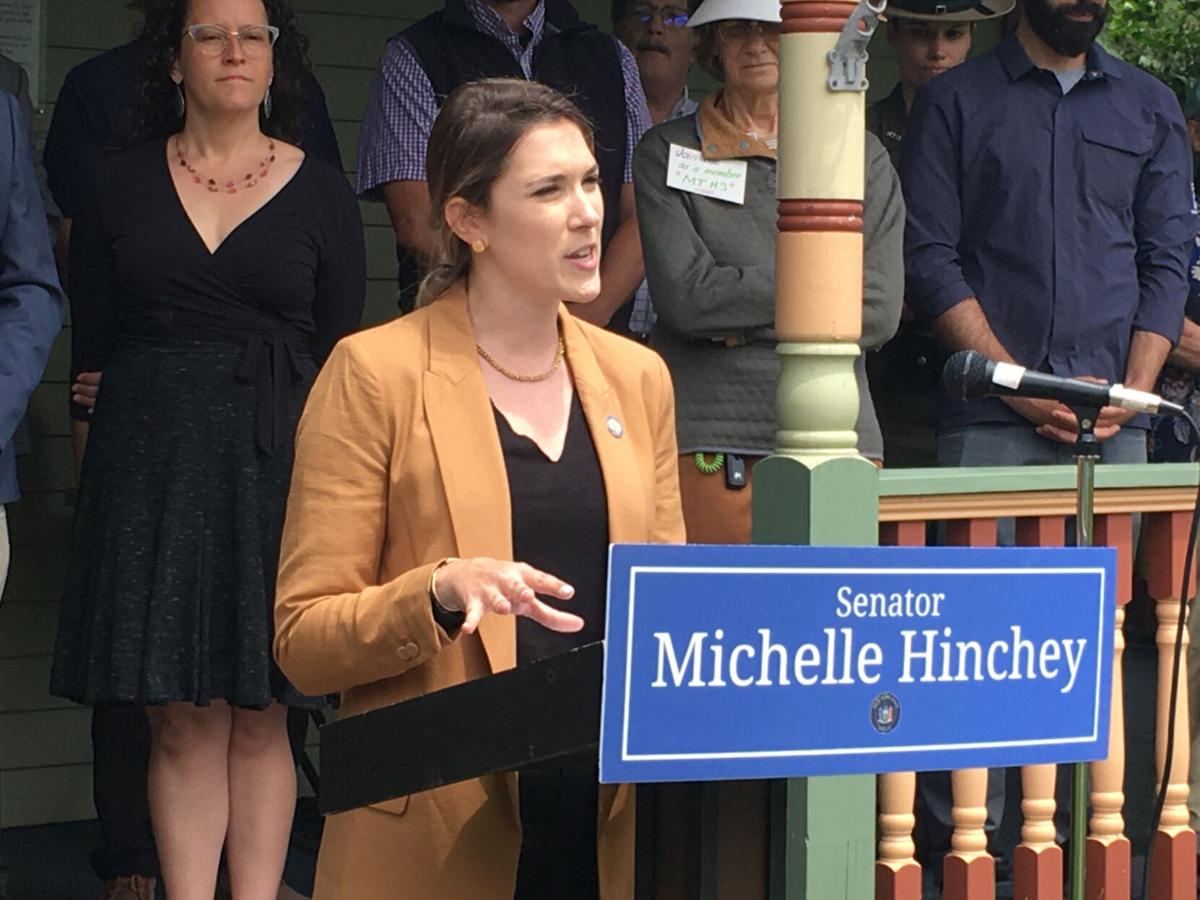 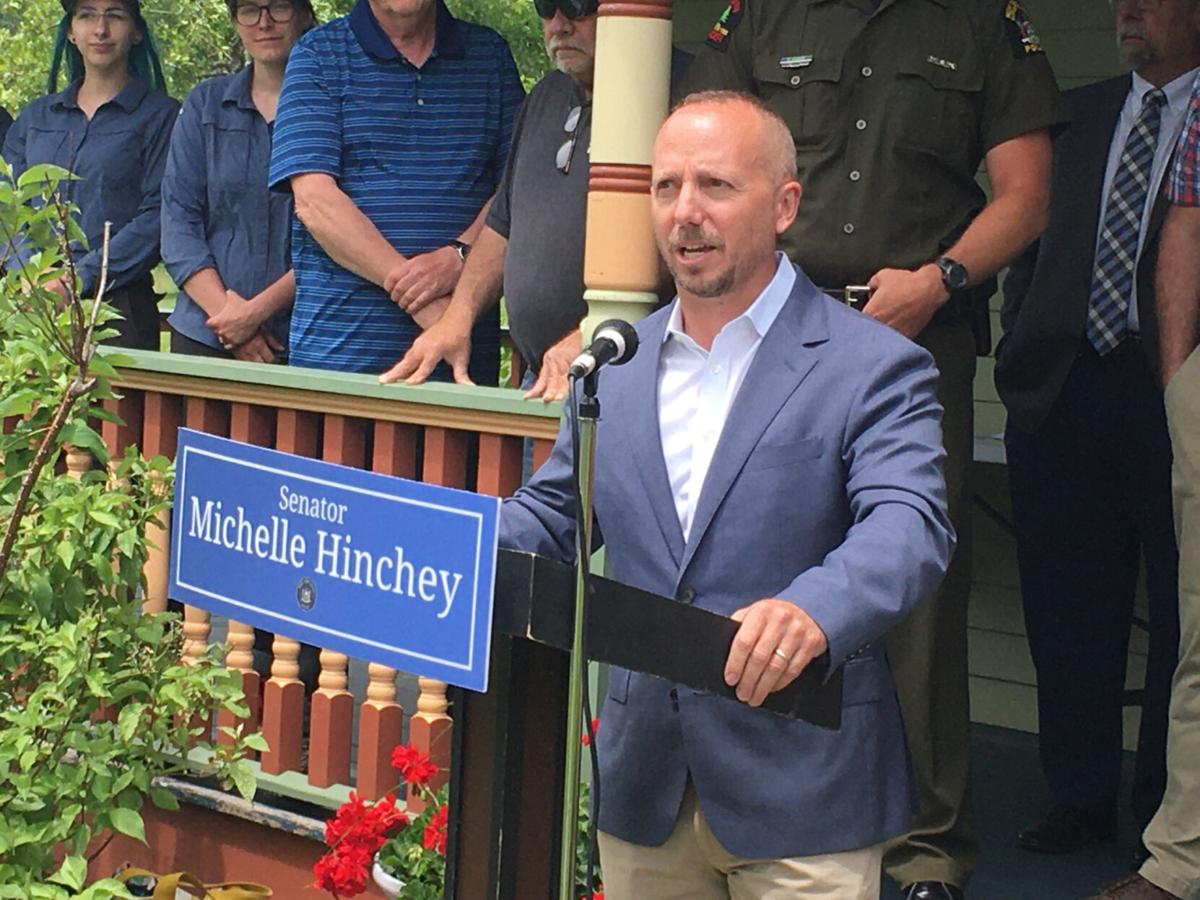 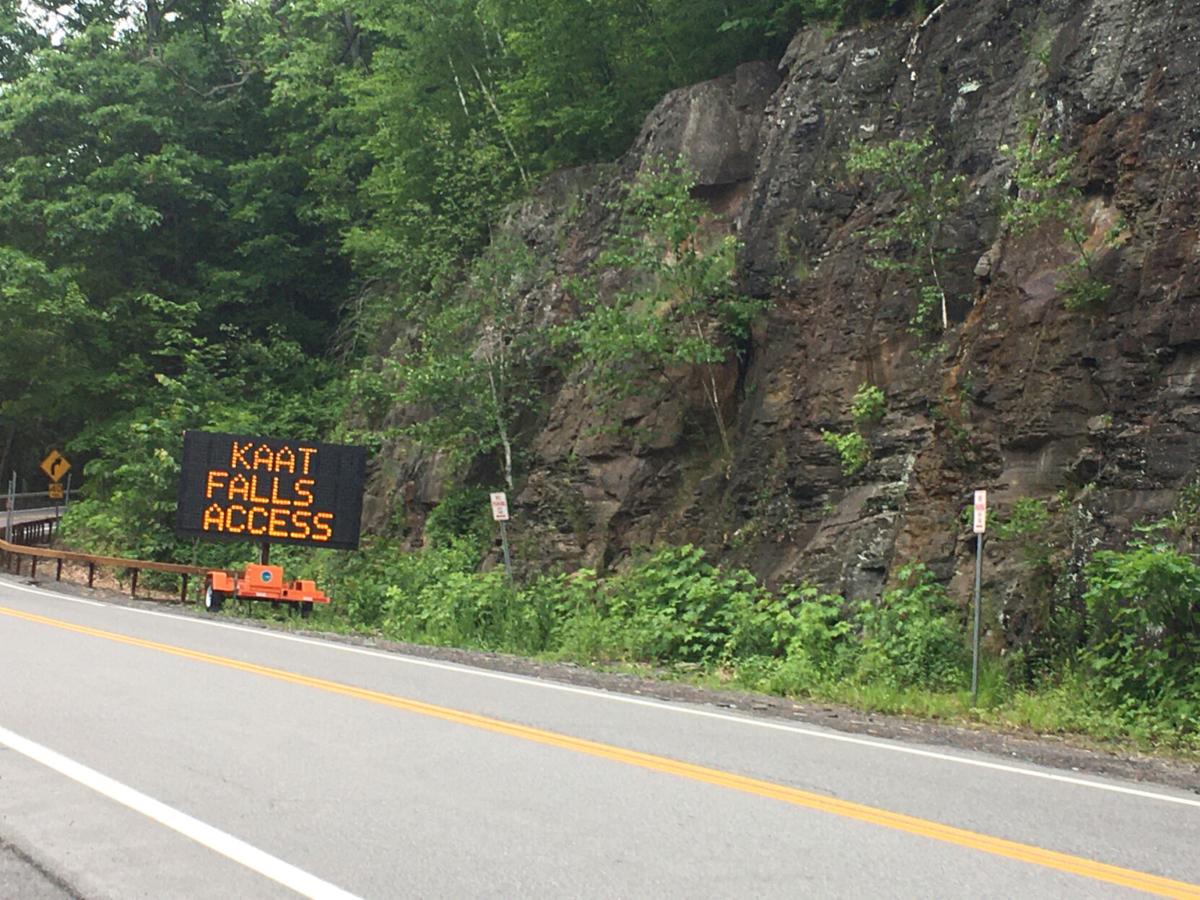 Kaaterskill Falls is one of the areas expected to benefit from state funding for Catskill Park. Melanie Lekocevic/Columbia-Greene Media

Kaaterskill Falls is one of the areas expected to benefit from state funding for Catskill Park. Melanie Lekocevic/Columbia-Greene Media

HAINES FALLS — Catskill Park and Forest Preserve will for the first time join Adirondack Park in the state budget.

The Catskill Park now appears on the same funding line as the Adirondack Park and will share in the $1,550,000 that is spent on visitor safety, wilderness protection and activities related to overuse, state Sen. Michelle Hinchey, D-46, announced at the Mountain Top Historical Society on Monday.

Catskill Park has long been a vital part of Greene County, Hinchey said.

“The positive impact this park has made on our culture, our economy and our lives is profound,” she said. “We have 26 towns and four counties across Delaware, Greene, Sullivan and Ulster that depend on the preservation of these lands, which attract more than 2.7 million people, bring thousands of jobs and supply clean drinking water to millions more, and garners more than $170 million annually for the Catskills region and its communities.”

The 2021 budget season for the first time created parity between Catskill Park and the Adirondack Park, Hinchey said.

“There has always been a budget line in the New York state budget earmarked for the Adirondack Park, which has consistently received a great amount of funding attention from the state,” Hinchey said. “But we came into this budget season with a clear goal — to make sure that our fight for a fair share for the Catskill Park can finally receive the funding parity that it deserves.”

The funding line — until now earmarked for Adirondack Park — will also include Catskill Park.

“For the first time ever, that funding line that was specifically for the Adirondacks, will now include both the Adirondacks and the Catskill Park,” Hinchey said. “This new historic funding line receives over $1.5 million for spending to address overuse issues, visitor safety and wilderness protection.”

New York State Department of Environmental Conservation Commissioner Basil Seggos said the park has seen increasing usage over the past 10 or 20 years, and the coronavirus pandemic has increased those numbers.

“New Yorkers have rediscovered the outdoors,” Seggos said. “We saw a huge spike during COVID. People were pent up in their homes and wanted to get back outside and rediscover these places.”

But with increased usage comes a need for the parks to adapt to give people access to the public lands and ensure visitor safety, he said.

Hinchey also sponsored a bill that passed in the state Senate last week that, if it becomes law, would create a coordinator position specific to Catskill Park. Adirondack already has a coordinator.

“This Catskill Park coordinator will focus solely on issues pertaining to the Catskills and will be a real central coordinator between the park and all its stakeholders,” Hinchey said.

The state budget this year also included an additional $100,000 for Catskill Park stewardship to expand the number of seasonal stewards who will work in high-use areas in the park to ensure visitor safety and the preservation of the lands, particularly in high-traffic areas.

“As more and more people find our communities, these stewards play such an important and vital part to maintain our land, keeping people safe,” Hinchey said. “The reality is, people have found us and that is a good thing. This dramatic visitor increase has picked up over the last decade, but it is now skyrocketing during COVID and the foot traffic has created high-use spots and serious corresponding issues.”

Parking concerns in high-use areas, increased foot traffic, safety and litter are among the problems that have grown with increased use, she said.

Hunter Town Supervisor Daryl Legg said there have been safety improvements made on trails, particularly in the years since 2014, when local advocates went to Albany to lobby for safety measures.

“Since then, they have put millions of dollars in — they put in an observation deck, they put in stairways and handrails. They have done quite a bit already,” Legg said.

There have been a large number of hiker rescues statewide in the past two years, Seggos said.

“Last year there were 429 rescues statewide and we are trying to reduce fatalities and serious injuries in high-use and dangerous areas, which are, to my mind, Kaaterskill Falls and Zoar Valley in western New York — those are the two that have seen significant issues in the past two years,” Seggos said.

Increased funding for Catskill Park should be a contributing factor to growth in the tourism industry, Greene County Deputy Administrator Warren Hart said.

“Greene County has a significant visitor and tourism population and it brings significant dollars to the economy, but with that, it’s a challenge for safety and the impact that it has on communities,” Hart said. “This funding will have a significant benefit to the county and for our partners at the local level.”