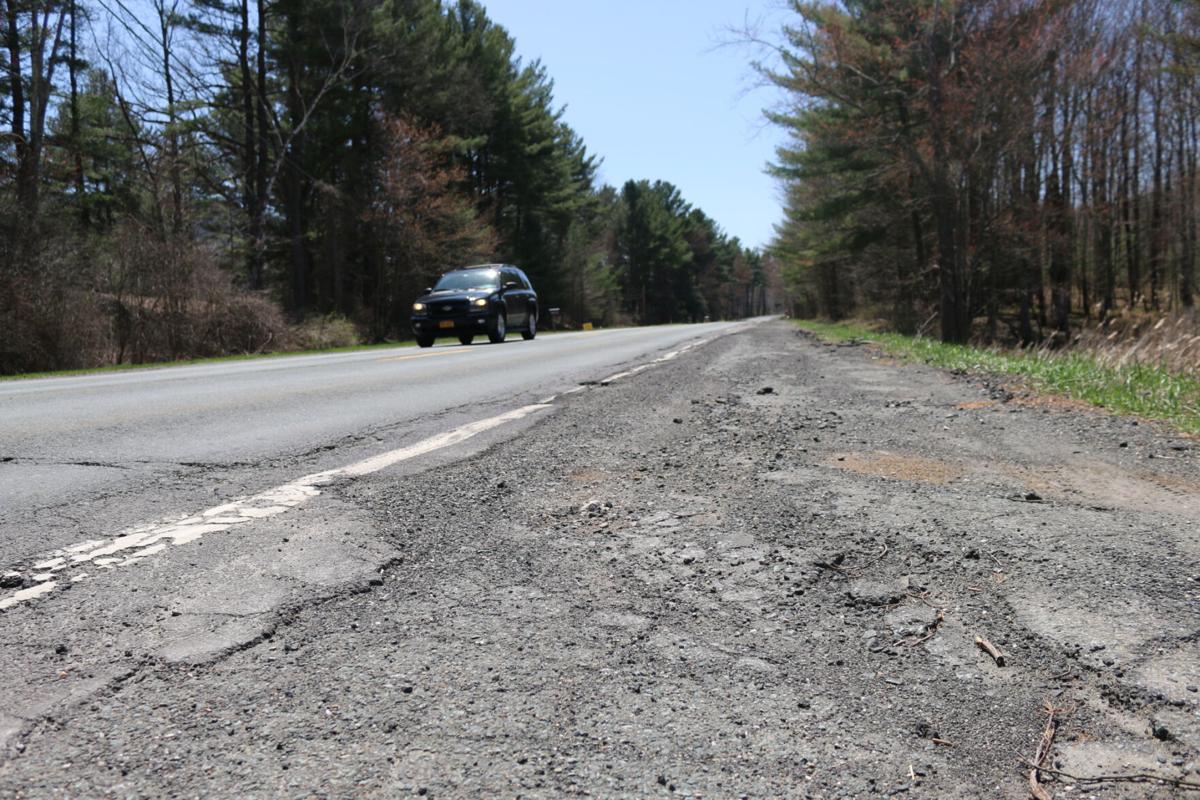 Road repairs and other infrastructure work are among the projects funds from the $1.9 trillion American Rescue Plan can be used for. File photo 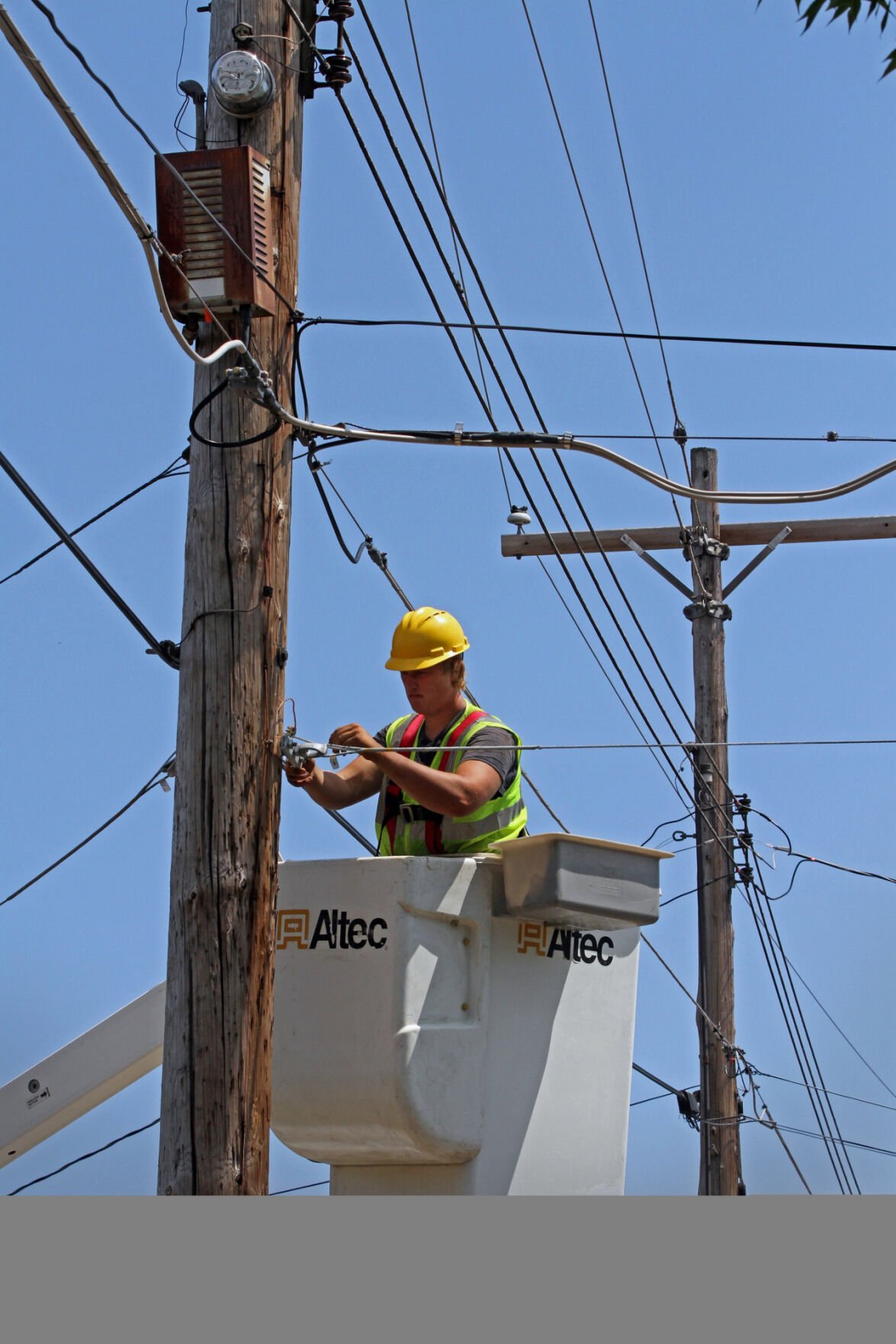 Expanding broadband access countywide is one of the projects the county is eyeing with American Rescue Plan funds. Bruce Bisping/Minneapolis Star Tribune/MCT

Road repairs and other infrastructure work are among the projects funds from the $1.9 trillion American Rescue Plan can be used for. File photo

Expanding broadband access countywide is one of the projects the county is eyeing with American Rescue Plan funds. Bruce Bisping/Minneapolis Star Tribune/MCT

Millions of dollars in federal relief will soon be on its way to Greene County, its municipalities and school districts as part of the American Rescue Plan Act of 2021.

The legislation, signed March 11 by President Joe Biden, provides $1.9 trillion in economic stimulus aid to assist states in recovering from the COVID-19 pandemic.

Under the new law, money must be spent one of four ways: Responding to the pandemic and its negative economic impacts; helping essential workers; restoring lost revenue; or making investments in water, sewer and broadband infrastructure. The funds cannot pay for pensions or be used to cut taxes.

Fifty percent of the money must arrive by mid-May, and the other 50% must arrive within a year after that. Governments will have until the end of 2024 to spend it.

That money has not been received and the county is awaiting more specific guidance from the federal government on how it can be spent.

“We don’t have any final decisions on how the money for the county will be used, but it will be used according to whatever the guidelines the U.S. Treasury puts out,” Greene County Legislature Chairman Patrick Linger, R-New Baltimore, said Tuesday.

While the four categories broadly indicate how the funds can be allocated, the county is waiting for more specific guidance, he said.

“That is the framework that was passed within the legislation, so now the U.S. Treasury has to come up with the guidelines saying here’s what can and can’t happen,” Linger said.

The money must be spent before Dec. 31, 2024, and that may pose a conflict for one of the uses the county has been considering — expansion of broadband, Linger said.

“Some of the information we had early on before [the bill] was passed was a little bit different from the final legislation,” Linger said. “On some of the things we were thinking about setting the money aside for, like the broadband effort, if it can’t be spent by the end of 2024, that wouldn’t be a good use of that money because we would just lose it.”

While using the stimulus funds to build the needed broadband infrastructure may not be possible due to time restrictions, the county has a mapping project in progress that could use the money, Linger said.

“We are still probably going to use some of the funds for broadband because we are already actually in the middle of a study to find out what roads, right down to what houses, have availability of broadband and who doesn’t, so we are looking at about a $100,000 study to determine that and from there, we would have to engineer a plan to build it out, figure out how much it will be and then how to pay for it, but then there is the buildout itself,” Linger said.

Construction of the needed infrastructure would probably take longer than the end of 2024, Linger added.

The town of Catskill is slated to receive the largest chunk of the stimulus funding countywide at $1,243,262.

The town board has not yet discussed how the money will be spent and no money has been received yet, Town Supervisor Dale Finch said Tuesday.

The federal funds will be a great help to municipalities, Finch said.

“I’m thankful and delighted that money is coming from the federal government directly to the villages and towns — this is the first time I am seeing money coming directly, in a stimulus package, to help out local towns, especially going through the pandemic, which has been quite a burden on the local community,” Finch said.

The town of Coxsackie was allocated $912,757 and of that, roughly $290,000 will be given to the village based on population, Town Supervisor Rick Hanse said.

The town has not received any funds at this time, he said.

The town council has not discussed the use of the relief funds, but Hanse hopes to see infrastructure projects on the list.

“It looks like the guidelines will be pretty loose and we have things to spend it on,” Hanse said. “We could use another ambulance — those are north of $180,000, so they are expensive. We have some roads out in Earlton — long roads that are expensive to pave that need regrading and repaving, so we are looking into that.”

The town of Hunter is expected to receive $288,383, according to the National League of Cities. No funds have been received there and town officials have not decided how the money will be used, Hunter Town Supervisor Daryl Legg said Tuesday.

“We have a meeting coming up next Tuesday and I would say we will discuss it then,” Legg said.

School district funding is separate from counties and municipalities.

To achieve rural broadband in Greene County requires superseding the monopoly MidHudson Cable enjoys, a result of nepotism and incompetence.

The Town and the Village of Catskill aren't listed in this report.

Government creates monopolies. Not private business. Also, You threatened to go to Starlink months ago, and I called out your nonsense at that time as well. You like to come on here and throw around figures that are absolute nonsense. Starlink themselves say completely different bandwidth speeds, latency, and there will be blackouts. As per Starlink. Ignorance is bliss, right Scott?!

Not only the black outs and speeds, it's expensive. I wonder how Scott aka Rocket Man will pay for that service. Oh I know, taxpayer money since he has no job!