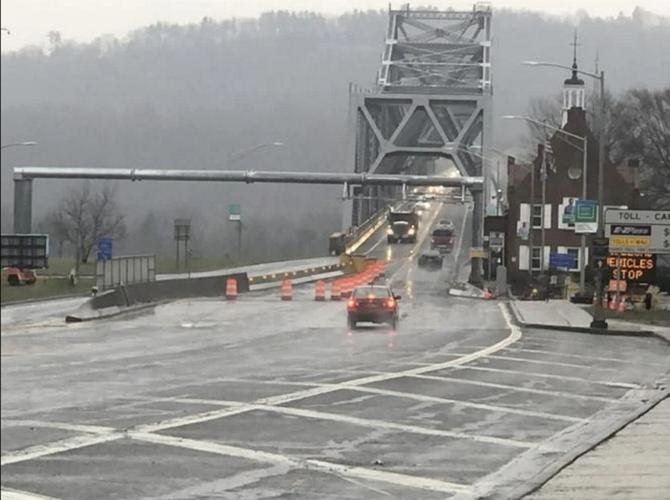 File photoRoad construction, on the Greene County side of the Rip Van Winkle Bridge, kicked into high gear on Friday. 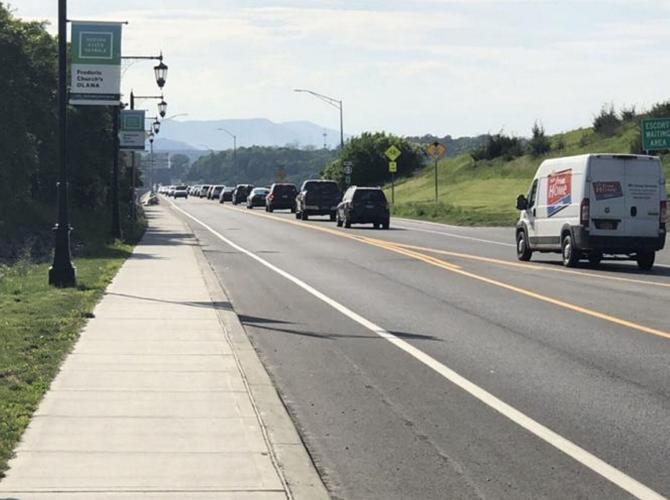 File photoBackups, like this one, were seen at times on Friday, as roadwork on the Catskill side of the bridge ramped up. 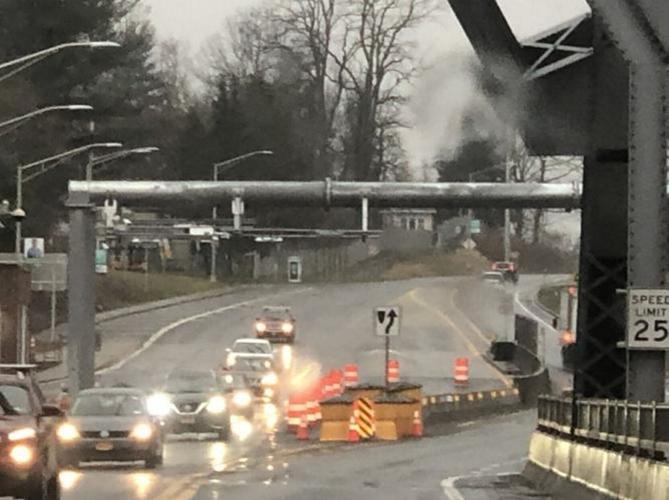 File photoRoad construction, on the Greene County side of the Rip Van Winkle Bridge, kicked into high gear on Friday.

File photoBackups, like this one, were seen at times on Friday, as roadwork on the Catskill side of the bridge ramped up.

CATSKILL — Long backups were reported at times on Friday, as roadwork on the Greene County side of the Rip Van Winkle Bridge was ramped up.

At times on Friday morning, and then again for a period in the afternoon, there was alternating one-way traffic, controlled by flaggers, in the area where the toll booth used to be.

Motorists driving west waited around 15 minutes, as backups stretched about 3/4 the length of the bridge. Drivers heading east on Route 23 encountered backups as far back as Route 9W.

The New York State Bridge Authority announced on social media Friday morning that there was roadwork on the span with alternating traffic eastbound and westbound. The Authority is advising motorists to use caution and expect delays.

The road construction is the final phase of the Bridge Authority’s Cashless Tolling plan.

Sensors and cameras on overhead electronic gantries were installed late last summer. The equipment reads the vehicle’s E-ZPass or takes a photograph of the car’s license plate and will send the driver a bill in the mail.

The tollbooths had been in operation since 2003.

The scheduled roadwork, in the area of the former tollbooths, began several weeks ago, but had mainly been occurring in areas that were not affecting the flow of traffic.

On Friday morning, heavy equipment was being used to excavate the area where the tollbooths were once located. The work required eastbound motorists to stay to the left of the work zone.

When the roadwork is completed, westbound motorists traveling into Catskill will be able to continue driving straight instead of curving to the right, around the former tollbooth area, as they currently do, said Chris Steber, public information officer for the New York State Bridge Authority.

Identical projects are taking place at the Mid-Hudson Bridge and the Kingston-Rhinecliff bridges, Steber said.

The general contractor on the toll plaza rehab project for all three bridges is A. Colarusso & Son, Inc., based in Hudson, Steber said.

While the construction project is taking place, one lane of traffic will be maintained in each direction of the bridge, as is currently done. From time to time, there may be alternating lanes on a temporary basis and the two lanes of traffic may occasionally be shifted to allow for paving to occur, Steber said.

Bridge officials expect the toll plaza rehabilitation project to be fully completed by the end of September on all three spans, although completion dates at individual bridges will vary, Steber said.

“Once the project is finished, drivers will not only have a more timely ride across the bridge, but a more seamless one as well,” Steber said.

Tolls on the Rip Van Winkle Bridge and four other spans across the Hudson River increased May 1.

The toll cost for eastbound passenger cars with E-ZPass on the Rip Van Winkle Bridge rose to $1.55, up from $1.45. Motorists traveling east charged tolls by mail will pay $2, up from $1.75.

The Rip Van Winkle Bridge was opened to the public July 2, 1935, and connects Greene and Columbia counties, crossing the Hudson River.

Looking for healthy summer activities? We have some ideas — including how to help protect yourself against pneumococcal pneumonia