Contributed photo A rendering of the proposed accessibility improvements for D.R. Evarts Library in Athens. 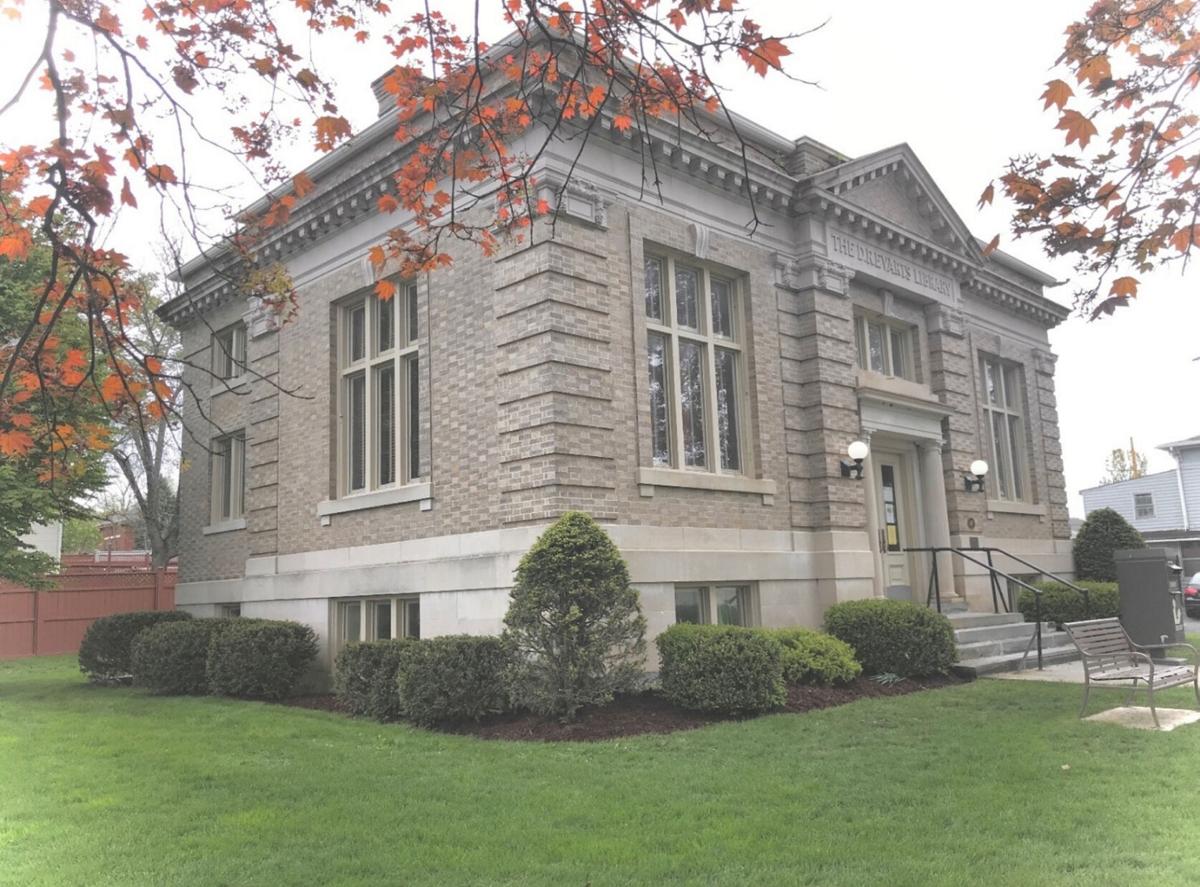 Contributed photo D.R. Evarts Library on Second Street in the village of Athens.

Contributed photo A rendering of the proposed accessibility improvements for D.R. Evarts Library in Athens.

Contributed photo D.R. Evarts Library on Second Street in the village of Athens.

ATHENS — The D.R. Evarts Library has its sights set on improving accessibility for patrons.

The $1 million project, set to start in the spring of 2021, will include adding ramp access to the 113-year-old building, as well as an elevator and restroom improvements.

“As was typical in 1907, our library was not built to be accessible by people with mobility challenges, wheelchair users or parents with strollers,” D.R. Evarts Library Board of Trustees President Kathy Jackson said. “Our board has been working to raise the funds and find grant opportunities to make our library more accessible to all our Athens neighbors.”

The library has been saving up funds for the project for 10 years, Jackson said.

D.R. Evarts applied for a Library Construction grant in 2018 through the Mid-Hudson Library System, Jackson said.

“Our library, because of the community and economic profile, we were eligible for 75% of the cost of the project,” Jackson said.

The library’s eligibility was reduced to 35% as other projects took precedence, Jackson said.

“We had been accumulating our 25% for 10 years and it really set us back when we heard we were only getting 35%,” she said.

A large portion of the library’s contribution stemmed from $70,000 the village had left over from the library’s original construction, Jackson said.

With the significant shortfall in funding, the project was divided into two phases, with the ramp and restrooms being in the first phase, and the elevator and an addition to help facilitate the ramp entrance in the second phase.

The library was awarded a second grant to complete phase two, a $500,000 State and Municipal Facilities Grant in 2019, but the grant is stuck in limbo due to the pandemic, Jackson said.

The plans were approved by the state Historic Preservation Office and construction for phase one is expected to be complete by the end of 2022, according to a statement from the library. The timing of phase two will depend on when the funds for the State and Municipal Facilities grant are released, Jackson said.

“The library is attempting a very ambitious project to try and put a ramp around the building and a new opening in the back and still have it somewhat match the exterior facade,” he said.

Over the years, the library has been accommodating to visitors with mobility issues, Bloomer said.

“If someone cannot make the stairs, whether it’s temporary or permanent, they usually call ahead to order the book, the library will check them out and bring it out to the car,” he said. “With COVID, that’s what they’re doing anyway. It would be wonderful if those people could go in to access the library. It’s a very ambitious project. It will be great when it gets done.”

The library building has been closed during the pandemic due to a lack of ventilation but is still providing services, Jackson said.

Every week the library distributes its “Take and Make” kits, to the community. This week’s kits included gingerbread kits for children, a snowman craft for adults and a luminary village kit for students in the library’s STEM, or Science/Technology/Engineering and Math program.

“They were gone within a half hour,” Jackson said of the 50 kits that were put out.

The library also organized a “story walk” at Riverfront Park, she said.

There are about 18 wooden boards spread throughout the park along the fence, with two pages of a book on each board.

“We’ve been changing out the book every week,” Jackson said.

“We’re still relevant during COVID,” Jackson said. “This is a tough time, but we’re here for you. We’re trying to provide as much as we can.”

“There are numerous people in our community that aren’t able to access the library and the accessibility project will allow anybody with mobility issues, families with strollers or anyone who has trouble using the stairs to visit our beautiful library and take advantage of everything we have to offer,” Grounds said.

About 85% of the $1 million for the project has been raised and the library launched the Ramp Up the Evarts campaign to raise the remaining $150,000. As of Wednesday, $11,000 had been raised toward that goal, according to the library’s website.

To learn more about the project or to make a donation, visit https://drevartslibrary.org/ramp-up-the-evarts/

How video games can spark an interest in history

Children living in poverty are still recovering from the pandemic: 3 impactful ways you can help

To build your savings, start with small goals