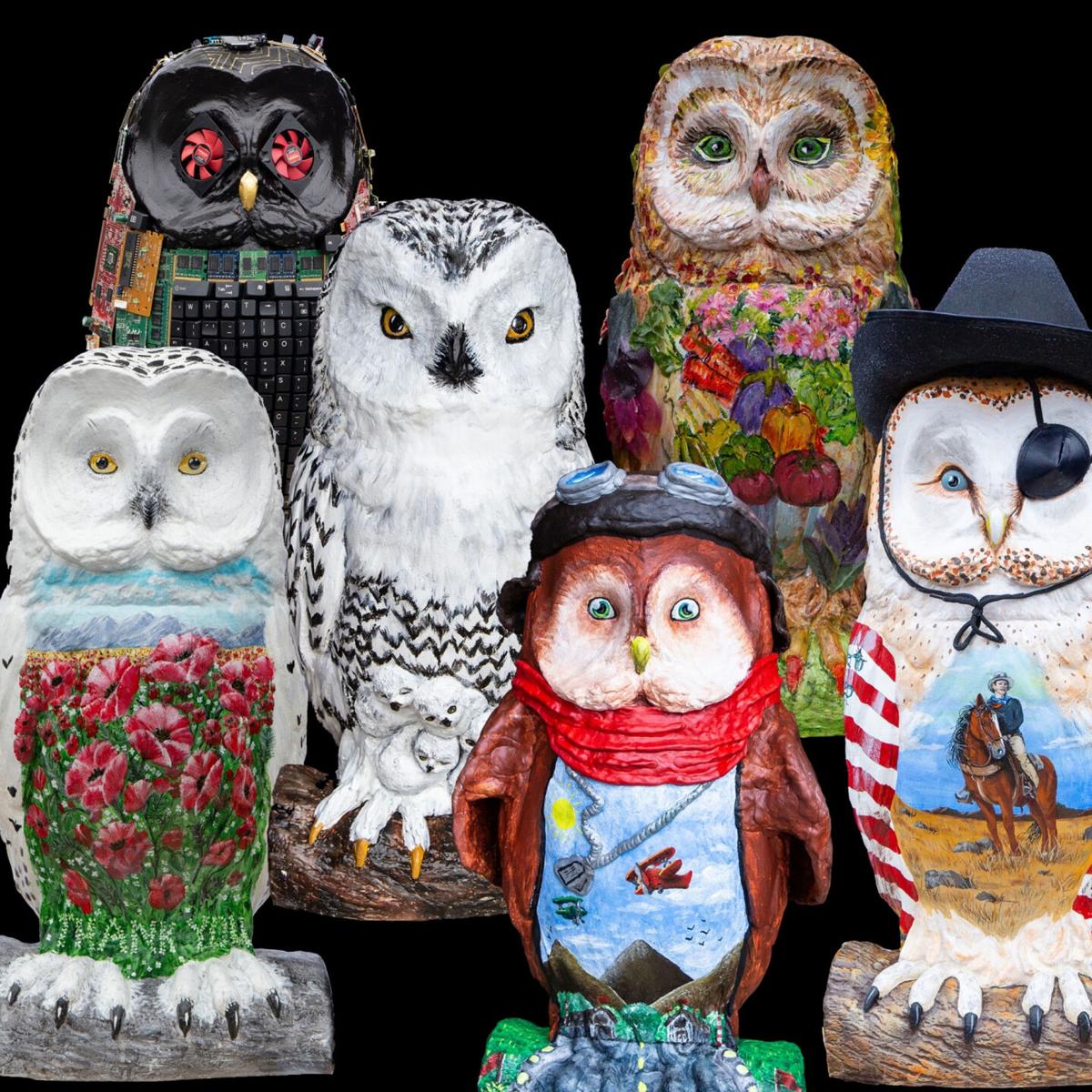 The Coxsackie owls will return to village streets by Memorial Day. Contributed photo 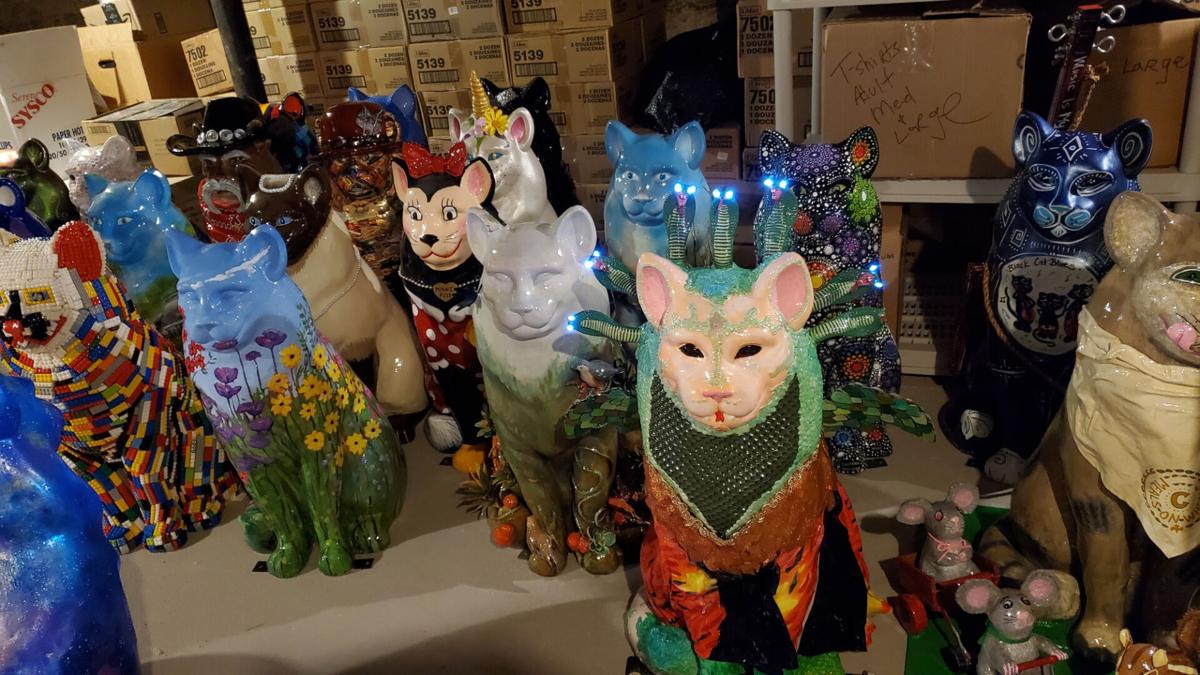 The Cat’n Around Catskill public art project has dozens of new cats that will be put up on display by Memorial Day. Contributed photo 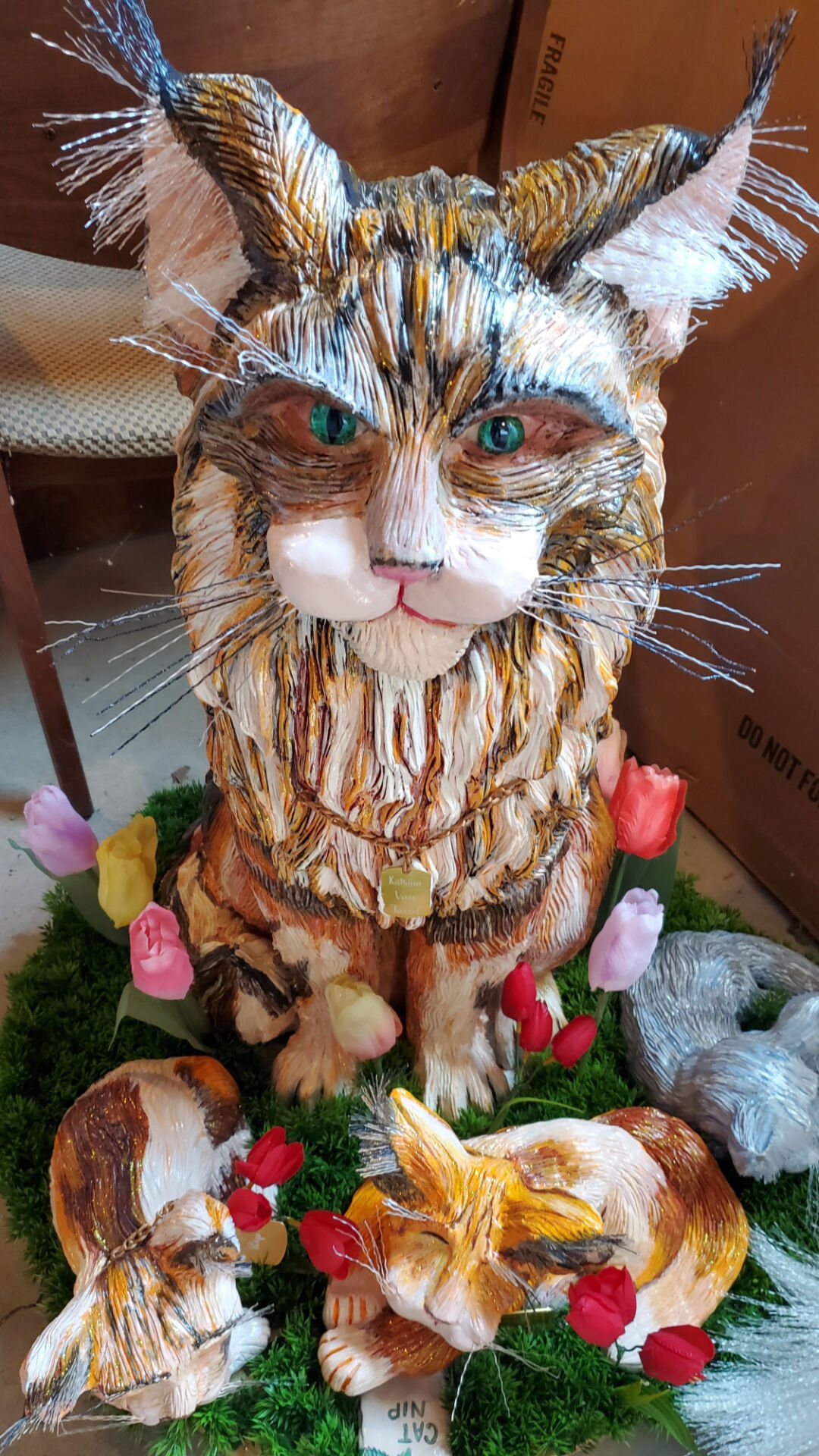 The Coxsackie owls will return to village streets by Memorial Day. Contributed photo

The Cat’n Around Catskill public art project has dozens of new cats that will be put up on display by Memorial Day. Contributed photo

Public art projects are returning to the streets of Greene County.

Four different projects, all featuring animals, will be making an appearance around the county in the coming days — cats in Catskill, owls in Coxsackie, bears in Cairo and ducks in Greenville.

The fiberglass sculptures were decorated by more than 100 local artists and will be on display for the summer. Organizers expect all the sculptures to go up by Memorial Day and they will be taken down in the fall to be sold at auction.

Proceeds from the auctions in all four communities will go to charitable causes, with a portion of each sale also going to the artist.

Cat’n Around Catskill, organized by the Heart of Catskill Association, is the longest-running public art exhibit in the county, beginning in 2007.

“These projects revitalize the towns and their public areas, like the parks,” said Christy Hicks, who organizes both the Catskill cats and the Cairo bears.

One of the 54 cats — titled “Spring Break” and created by artist Catrina Von Tassel — will be raffled off. “Spring Break” also has three of her kittens with her, named Rip, Van and Winkle.

Artist Ellen De Lucia wears many hats in the Greene County art community — in addition to working on her 19th cat, De Lucia is organizing the Coxsackie owls for the What A Hoot Committee.

De Lucia created her first cat in the project’s inaugural year, back in 2007, and has done at least one sculpture each year, sometimes two or three. Many of her works are mosaics, which are highly labor intensive and typically sell for thousands of dollars.

Back in 2006, when the project was first getting off the ground, De Lucia was working at the Bank of Greene County and her supervisor asked if she would be willing to decorate the two cats the bank was sponsoring.

She agreed, and the rest, as they say, is history.

“I had done glass work but I had never done mosaics, so it was quite a learning process,” De Lucia said. “I love doing mosaics as well as stained glass, so every year it is a lot of fun doing another mosaic cat.”

Three of the four communities — Catskill, Cairo and Coxsackie — will participate in an exchange, with one sculpture from each community displayed in the other two communities.

In Cairo and Coxsackie, the bears and owls that will be on display are returning from last year. Due to COVID-19 restrictions, last year’s sculptures were not sold at auction, so they will make a return appearance this year.

“We didn’t do an auction last year so they are all going back on the streets in the same place they were last year,” Hicks said of the Cairo bears.

The Cairo Development Foundation, which is organizing the bears project, will have brochures of the art pieces outside its 467 Main St. office in Cairo, Hicks said.

There will be 50 bears in all, and Hicks said this year’s auction is expected to be better than it would have been last year, when the nation was in the grip of the COVID-19 pandemic.

“Last year everyone was afraid to go out and there were fewer people out and about, but this year we are hoping for a bigger response because a lot of people will be vaccinated and being outdoors without masks is considered safe,” Hicks said.

The Coxsackie owls — 41 of them — will also make a return appearance to area streets.

“There are some fantastic owls — they really are nice,” De Lucia said. “People knocked themselves out for 2020. That’s why I’m glad we didn’t auction them last year, because we don’t have any way to know how many people saw them and I don’t think the auction would have netted very much.”

All of the Catskill cats will be new this year as Heart of Catskill Association was able to hold an auction in 2020. This year’s auction will again be held at the Historic Catskill Point.

Greenville’s ducks will be going up in the coming days and will be sold at auction on Greenville Day in the fall, organizer Barbara Walter said at the April 19 meeting of the town board.

A large portion of the proceeds from the duck auction will go to the Greenville Beautification Committee for a local renovation project.

“Much of the money will be used to get [Prevost Hall] open so the community can use that beautiful space for various events,” Walter said.

Sculptures in all four communities are expected to be on display by Memorial Day and will be taken down in September before being sold at auction.

After 9/11, the first hint of new life was the art showing up in empty shop windows. Later Robert De Niro created the Tribeca Film Festival. After Hiroshima and Nagasaki was bombed by nuclear weapons Akio Morita kicked around some of the ash and then invented Sony. CREATE pulled off a great Valentine's Day event with Brian Dewan. Last week they gave awards to many artists and organizations. On April 1st HiLo opened a great nuanced contemporary show by Gali Greenspan. They have a very talented curator in Nurya Chana. Thomas Cole opened with Spring Lights. Creativity is persistent.