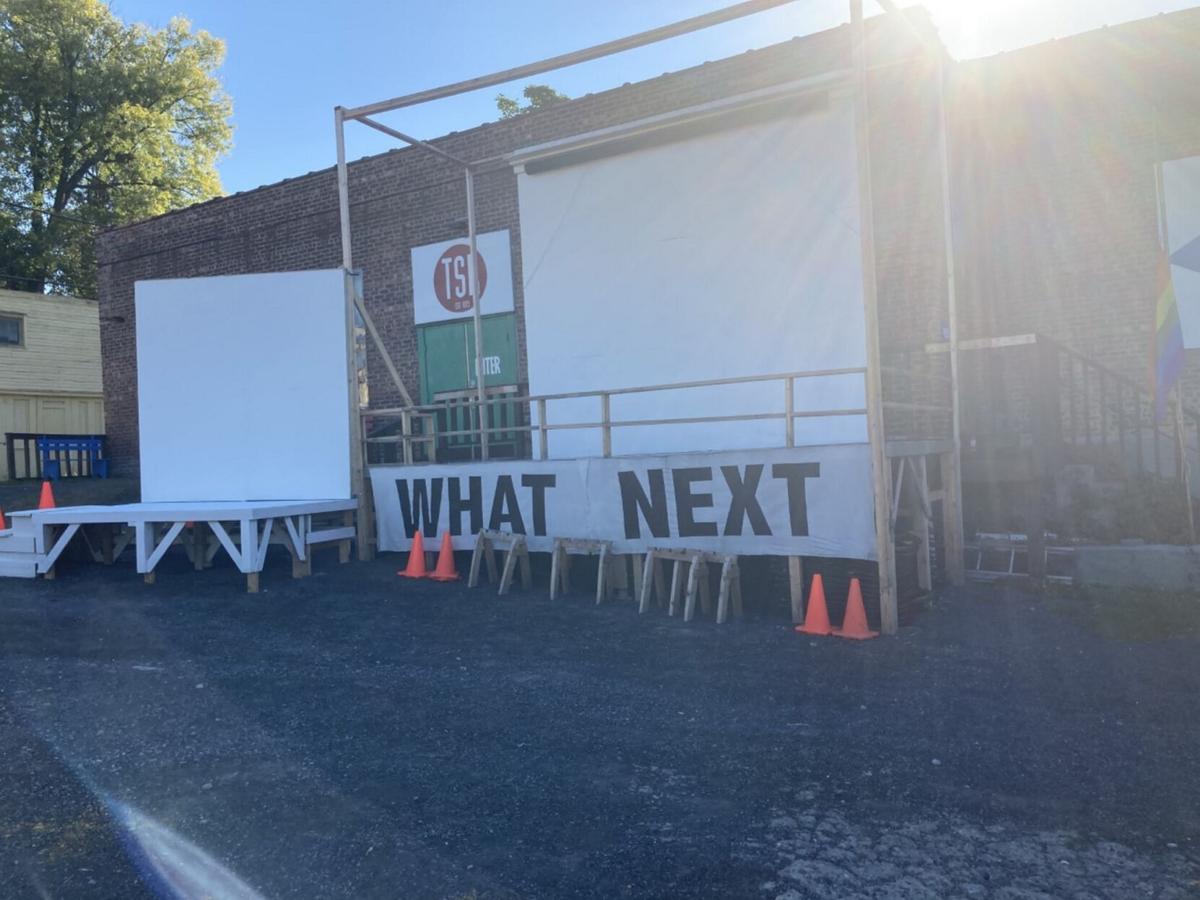 Time & Space Ltd. in Hudson was showing movies outside in the parking lot this summer. TSL also has a menu of films on virtual cinema. Natasha Vaughn/Columbia-Greene Media 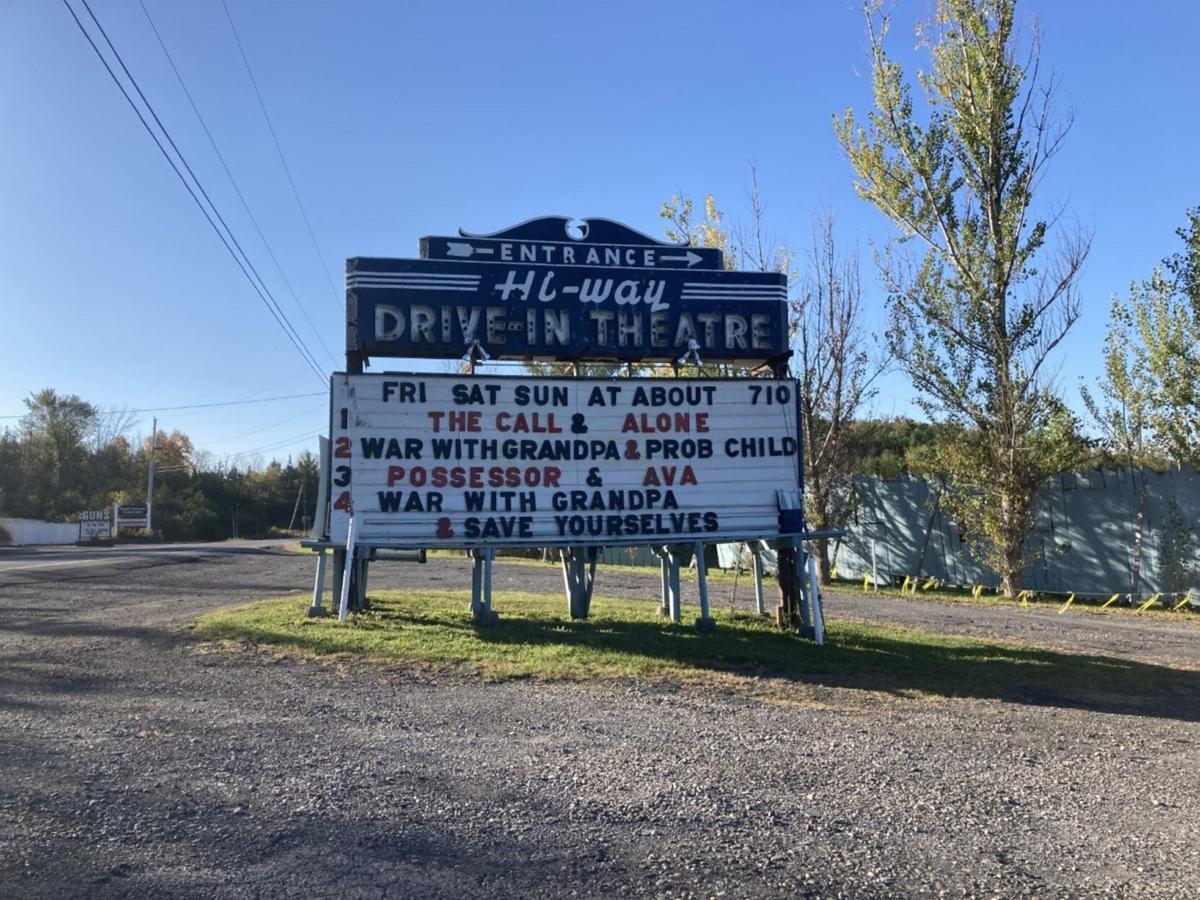 The Hi-Way Drive-In Theater in Coxsackie has been seeing a lot of new customers during the pandemic thanks to a program of classic movies and small-budget independent productions. Natasha Vaughn/Columbia-Greene Media

Time & Space Ltd. in Hudson was showing movies outside in the parking lot this summer. TSL also has a menu of films on virtual cinema. Natasha Vaughn/Columbia-Greene Media

The Hi-Way Drive-In Theater in Coxsackie has been seeing a lot of new customers during the pandemic thanks to a program of classic movies and small-budget independent productions. Natasha Vaughn/Columbia-Greene Media

Local movie theaters continue to worry about the present. and future state of their business.

It has been almost seven months since movie theaters were closed due to the coronavirus pandemic, but there is no end in sight to the shutdown in New York.

Time & Space Ltd. in Hudson has been closed since March. Co-owner and founder Linda Mussmann said the theater showed movies in the parking lot during the summer, but the weather is getting too cold for outdoor screenings.

“The governor’s mandate to keep us dark is very hard on us as well as all the theaters as well as the moviemakers, distributors and more who make a living on entertainment that is seen in the cinema. People are eager to share the movie experience and we are sad to be closed,” Mussmann said.

“We hope to survive this crisis and be able to open when it is safe to do so,” Mussmann said. “It looks to be a long winter with little opportunity for people to see movies. We mourn this loss as well as our patrons.”

The Community Theatre of Catskill used the Paycheck Protection Program to continue to pay their staff through the middle of summer. The program has since ended and theater owners do not know when it will be able to reopen.

“Now it’s pretty much just a waiting game. Trying to make sure you’re still able to pay the taxes or utilities, roofs can still leak, equipment needs to be maintained. Right now it’s a tightrope that theaters are walking,” said Phillip Maisano, owner of The Community Theatre.

The movie theater industry is fairly seasonal, Maisano said. Blockbuster films and franchise pictures dominate the summer and big, important prestige pictures rule around Thanksgiving and Christmas. These releases help to compensate for the slower movie seasons like February and September.

Early this week, Mooky Greidinger, CEO of Cineworld, parent company of Regal Cinemas, announced the chain is temporarily suspending operations at all 536 Regal theaters, including theaters at Crossgates Mall in Guilderland and Colonie Center.

A statement from Regal cited New York’s closed theaters having an impact on studios’ desire to release new films in a limited market.

“Despite our work, positive feedback from our customers, indoor dining, bowling and casinos were already allowed to open. The prolonged closures have had a detrimental impact on the release slate for the rest of the year, and, in turn, our ability to supply our customers with a lineup of blockbusters they’ve come to expect from us,” the company said. “As such, it is simply impossible to continue operations in our primary markets.”

The temporary closure will impact about 40,000 employees, 2,000 of those in the Capital Region.

“With Regal’s temporary closure, it helps to know it’s not only small local theaters that are struggling,” Maisano said. “Large chains are, too.”

Roger and Sharon Babcock own and operate of the Hi-Way Drive-In Theater in Coxsackie, which still has a couple of weekends left in its season this year.

Roger Babcock said trying to get food to stock the concession stand was difficult at the beginning of the season because stores and distributors were out of stock and out of extra cleaning supplies.

He said they had to drive to Kingston or Albany twice a week because there were limits on what people could buy at one time. He also said they lost about the first two months of their business for the season, which had a late start due to COVID.

“It seems like we’re right on track to do about the same amount of gross that we’ve always done. Business picked up a little bit because it was the safest thing they could do. We saw an awful lot of new faces. That’s the good news — lots of new people — and they have made themselves regulars,” Roger Babcock said.

Regal Cinemas is listed as the second largest theater chain in the U.S. and Canada according to National Association of Theatre Owners.

“Along the way the governor pulled theaters out of phase four and put us into no man’s land. The governor has done a wonderful job in curbing coronavirus throughout the state and he’s been very meticulous about how he’s gone about it, but we see ourselves in a position to open a lot more safely than just about any of the other businesses that are catering to the public,” said Robert Sunshine, executive director of the National Association of Theater Owners of New York State. “We hate to lay blame on anyone, but yeah, the State of New York right now is killing the industry.”

Sunshine said New York and New Mexico are the two remaining states that have not lifted restrictions on opening indoor theaters. In some states, and certain counties, like Los Angeles, also decided not to allow theaters to open.

The film industry in New York and California account for 16% to 20% of the domestic box office, and without those two markets film producers and distributors might not think it financially sound to release new movies.

That leaves theaters that are open with no new films to play.

Sunshine said theaters have many ways to increase their safety such as staggering movie start and end times to limit the number of people moving around a theater at a given moment, selling tickets and ordering concessions online to minimize contact.

“When a theater goes dark, all the little businesses in the surrounding areas are hurt tremendously — the little local diner or restaurant is hurt and the nearby shops like the little candy type stores are all hurt,” Sunshine said.

5 ways a weighted blanket can improve your life

How a master’s degree can boost your career

Expert Series: Time to Check Your Benefits: Work with a Professional on a Pre-Retirement Financial Wellness Assessment