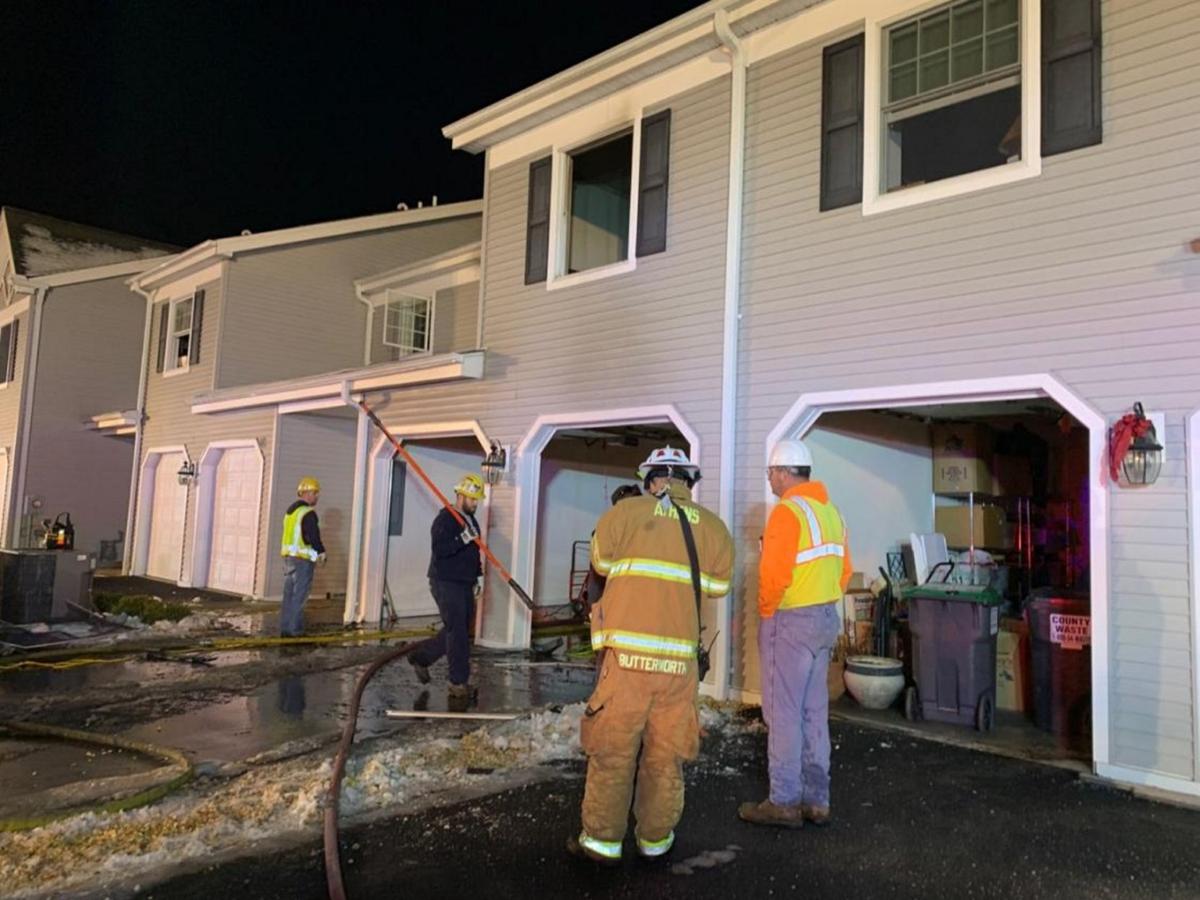 Lance Wheeler/For Columbia-Greene MediaFirefighters were on the scene of a fire Tuesday that left several pets dead. 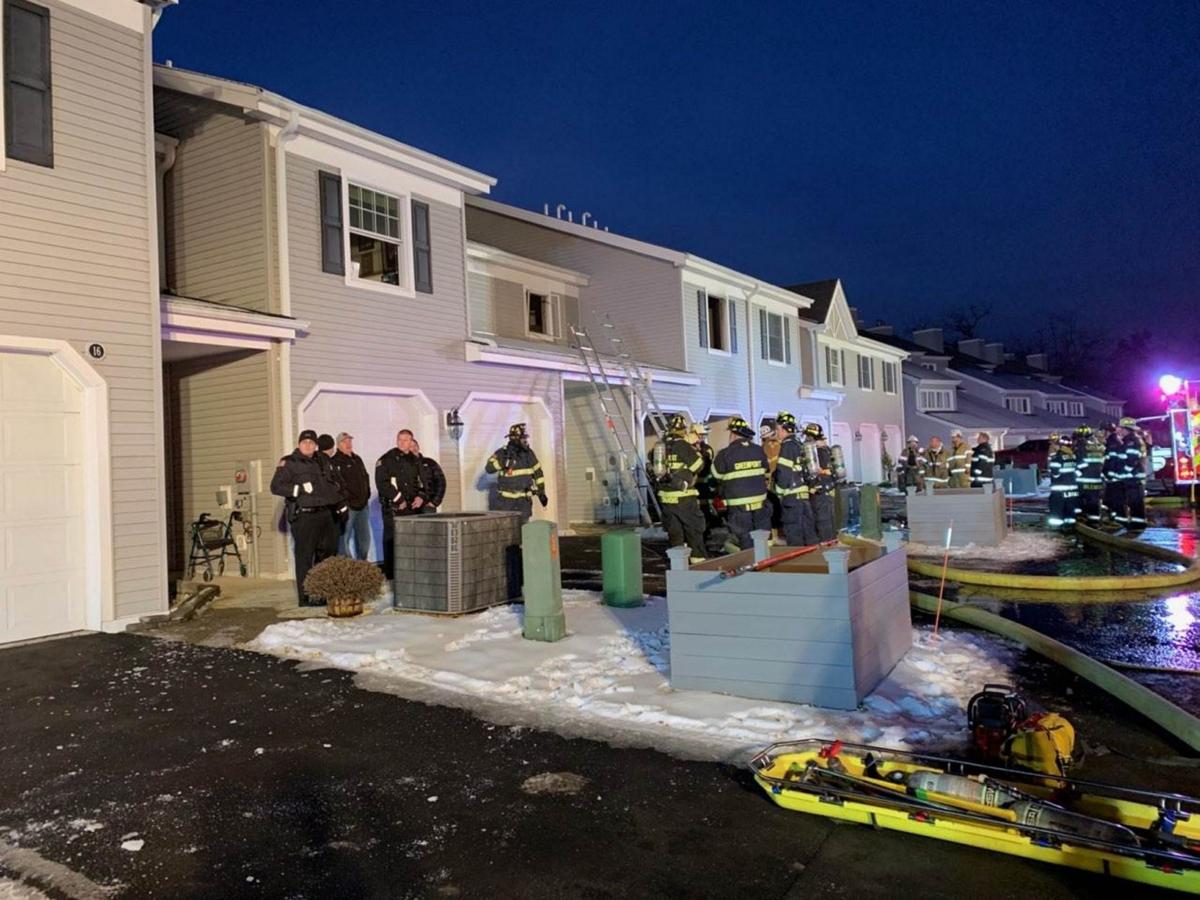 Lance Wheeler/for Columbia-Greene MediaThe scene of a late Tuesday afternoon fire at a townhouse on the Catskill Creek in Catskill. 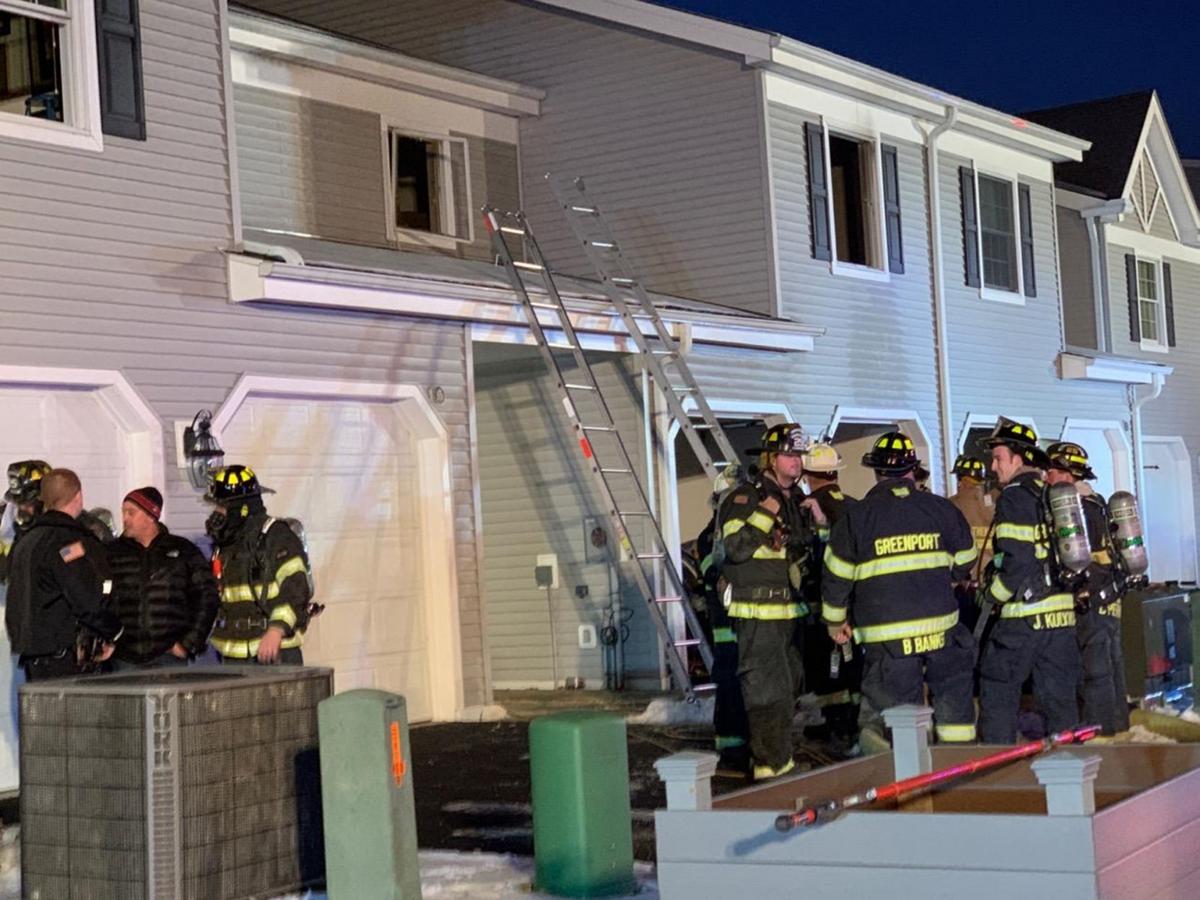 Lance Wheeler/For Columbia-Greene MediaFirefighters were on the scene of a fire Tuesday that left several pets dead.

Lance Wheeler/for Columbia-Greene MediaThe scene of a late Tuesday afternoon fire at a townhouse on the Catskill Creek in Catskill.

CATSKILL — Alan and Aileen Warzaszek woke up the morning before Christmas with a plan for the day. They would leave their new condo around 10 a.m. to take their horse to a veterinary appointment in Saratoga, then rush home to change before a Christmas Eve dinner with Aileen’s family.

It didn’t go as planned.

The South Carolina couple’s Christmas Eve was derailed when they returned to Catskill Creek Condos around 4 p.m. to find their two-story house on fire.

Everything was lost: their three beloved dogs and two parrots died of smoke inhalation, and all their belongings burned in the flames. The damage stopped just short of a complete loss.

“I was speechless, I just couldn’t wrap my head around it,” said Alan, who had just moved into the house with his wife two days prior. “The trauma is quite devastating.”

Catskill Fire Chief John Holt said the house sustained extreme water and smoke damage, and that the two adjoining homes also have water damage. The cause of the fire, which originated in the kitchen, remains under investigation.

“It’s not a complete loss,” said Catskill Fire Chief John Holt. “But the first floor where the fire originated, that’s where the most damage is.”

When the couple first got home and pulled into the garage, Alan was suspicious the house was on fire when he saw water on the garage floor and the doorknob was warm.

“I cracked open the door and the only thing I could see was black smoke,” he said.

Alan, who works in electromechanics, took off his jacket and soaked his long-sleeved shirt in water before wrapping it around his face. He walked four feet into the condo and grabbed his dog’s crate he “knew she would be in” and dragged it outside, but the dog was died.

When he went back in the condo, he couldn’t see or hear anything. He knew their other dogs had died.

Alan and Aileen, who is a physician’s assistant, had an Anatolian shepherd named Logan, a beagle-Jack Russell terrier named Sky, and, perhaps the greatest loss for Aileen, Fiona, a border collie.

Alan said Fiona was Aileen’s rock through a breast cancer diagnosis and invasive back surgery.

“That dog was there for her the entire time,” Alan said. “She understood. She was always with Aileen, she always loved up against her and tried to make her feel better.”

Greg Smith was sitting on his couch when he noticed a plume of smoke billowing and steadily rising in the air.

“It was awful,” said Smith, a village trustee and board member of the Catskill Creek Homeowner’s Association. “These folks had just moved here from South Carolina, and nothing was really unpacked.”

When the first firefighters arrived on the scene, they found most of the fire on the home’s first floor, including large amounts of smoke and high heat generated by the flames, which were exacerbated by unopened boxes that the couple had not had the chance to unpack, according to a statement from the Catskill Fire Company. Firefighters first accessed the blaze through the building’s roof and attic.

Spinnaker Management, the property’s management company, did not respond to requests for comment.

If there’s one word to describe the Creek Condos’ community and the Catskill village community at large, it is tightknit.

Upon hearing about the fire, neighbors on their way out of town for a three-week trip immediately offered up their home to the couple. Village residents started piling up jackets and sweatshirts to donate to the couple, who lost everything they had in the fire. Friedman set up an online fundraiser that, as of Thursday afternoon, received $1,500 to cremate the couple’s beloved pets, and support the pair’s rehabilitation.