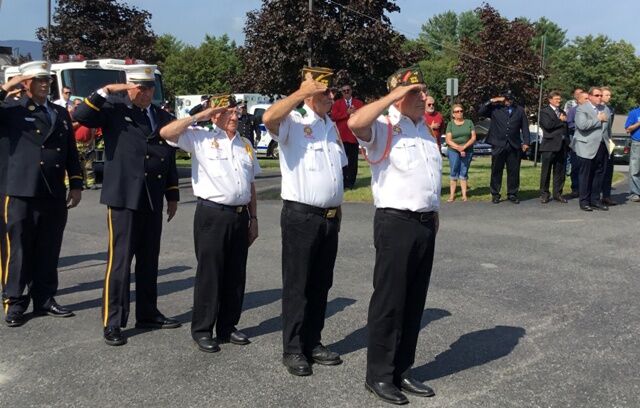 Veterans salute the flag in the 9/11 memorial service in Cairo in 2019. File photo 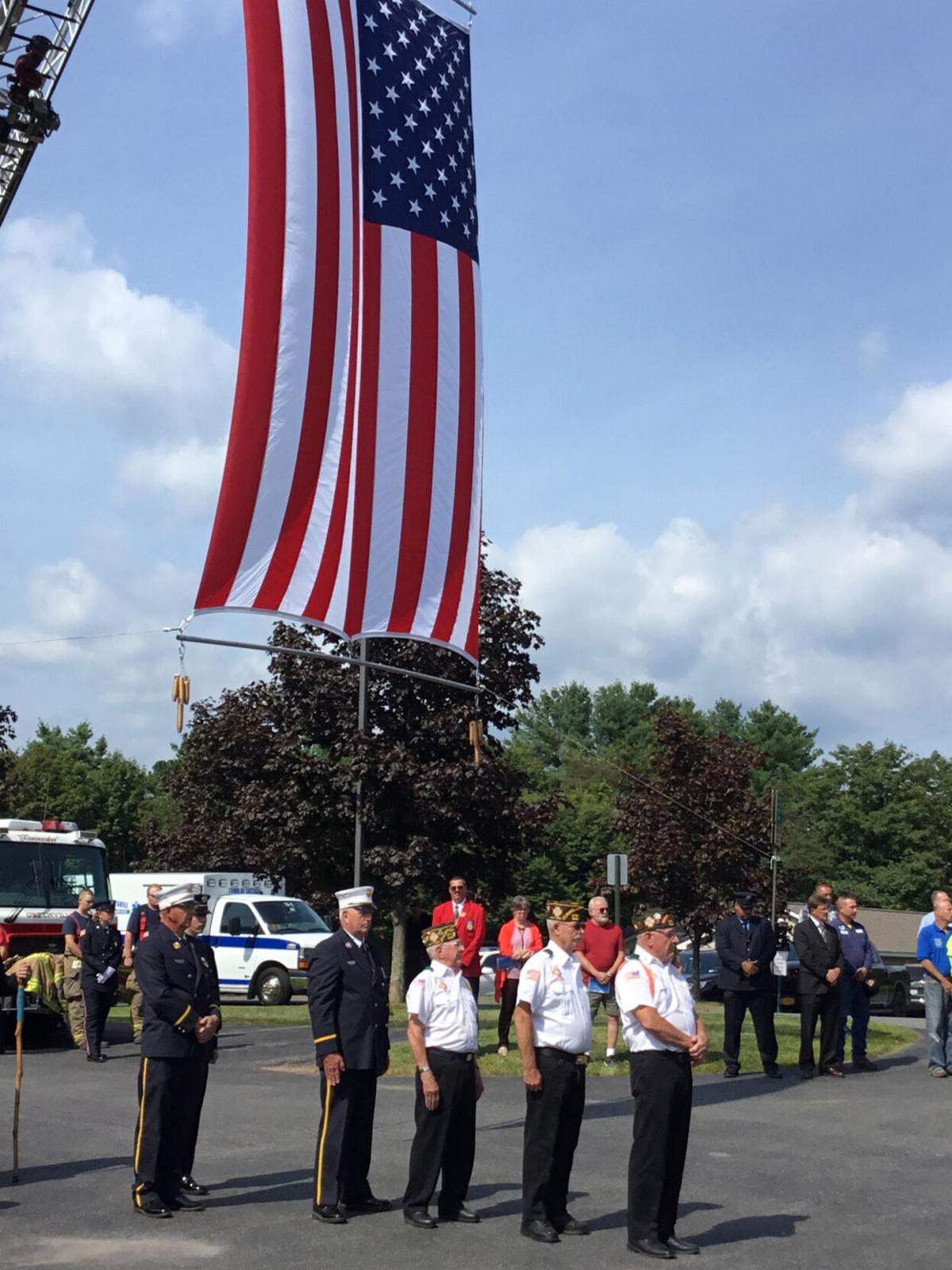 Local veterans pay a somber tribute to those lost in the 9/11 terrorist attacks in this 2019 file photo. 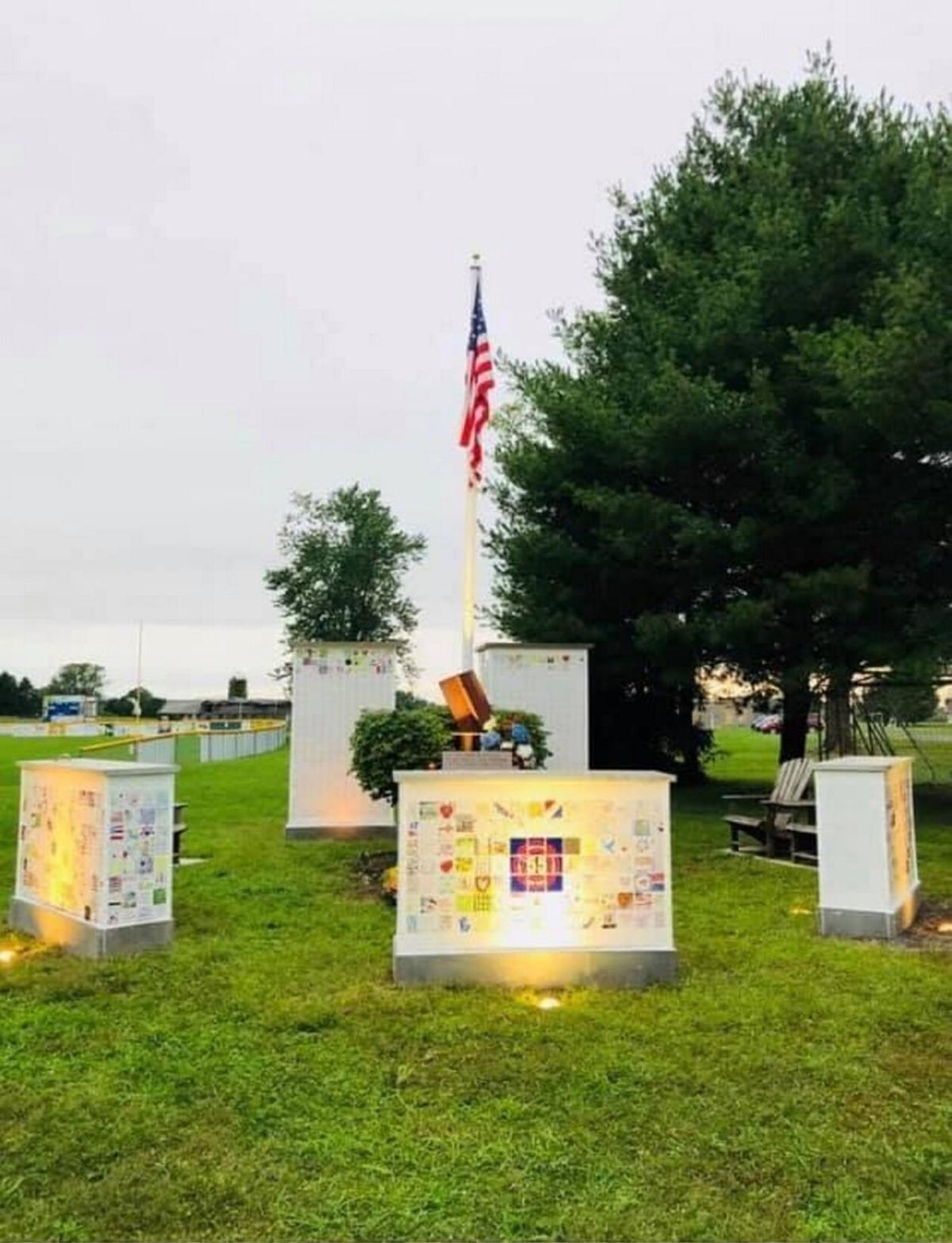 Veterans salute the flag in the 9/11 memorial service in Cairo in 2019. File photo

Local veterans pay a somber tribute to those lost in the 9/11 terrorist attacks in this 2019 file photo.

Friday morning at 8:46:40 will mark 19 years since Flight 11 crashed into the north face of the North Tower of the World Trade Center in New York City.

That was the beginning of a day that would change the lives of Americans forever.

Columbia and Greene counties will remember that day, and the lives lost, with ceremonies in Cairo and Kinderhook on Friday.

The ceremony, which begins at 11 a.m., is often attended by families that have lost loved ones, either on 9/11 or throughout the year, Farrell said.

The Greene County Sheriff’s Office and state police will provide the color guard. The singing of “God Bless America” and the playing of taps will be included.

Farrell was living in Athens on Sept. 11, 2001, and working in retail at the time. He was not scheduled to work until afternoon, and witnessed the horror of the day, as it happened, on television.

“It was a terrible thing,” Farrell said Wednesday.

Greene County Legislature Chairman Patrick Linger, R-New Baltimore, plans to attend the remembrance ceremony Friday in Cairo. He remembers exactly where he was on that day, on Schoolhouse Road in Delmar.

He had left work to meet his wife, who was pregnant at the time, at the doctor’s office, and heard the news on the radio.

Kinderhook Town Supervisor Patsy Leader co-owned Shooters gun store in Valatie in 2001. She was working at the time when a man came in and told her the news. Both of them just stood there and cried, Leader recalled.

Columbia County will hold its 19th annual remembrance ceremony Friday night in Kinderhook, at the 9/11 Memorial on Volunteer Drive, off State Farm Road.

The memorial was built by Girl Scouts in Service Unit No. 126 in 2002, and has been used for the annual ceremony since.

The night will include the ringing of the fire bell, which is being brought up from New York City, to be used in the ceremony.

“The night is not about politics, it’s for the community to remember,” Leader said.

On the morning of Sept. 11, 2001, 19 terrorists — members of al-Qaeda, an Islamist extremist network — hijacked four commercial airplanes. In a coordinated attack, the hijackers flew two of the planes into the Twin Towers of the World Trade Center. A third plane crashed into the Pentagon in Washington, D.C.

Learning about the other hijackings, passengers and crew members on Flight 93 launched a counterattack, spurring the hijacker pilot to crash the plane into a field in Pennsylvania.

Nearly 3,000 people were killed on that day, the single largest loss of life resulting from a foreign attack on American soil, according to the 9/11 Memorial.