Rescue boats return to the Hudson Boat Launch, and four people were pulled off a sinking boat. Bill Williams/Columbia-Greene Media 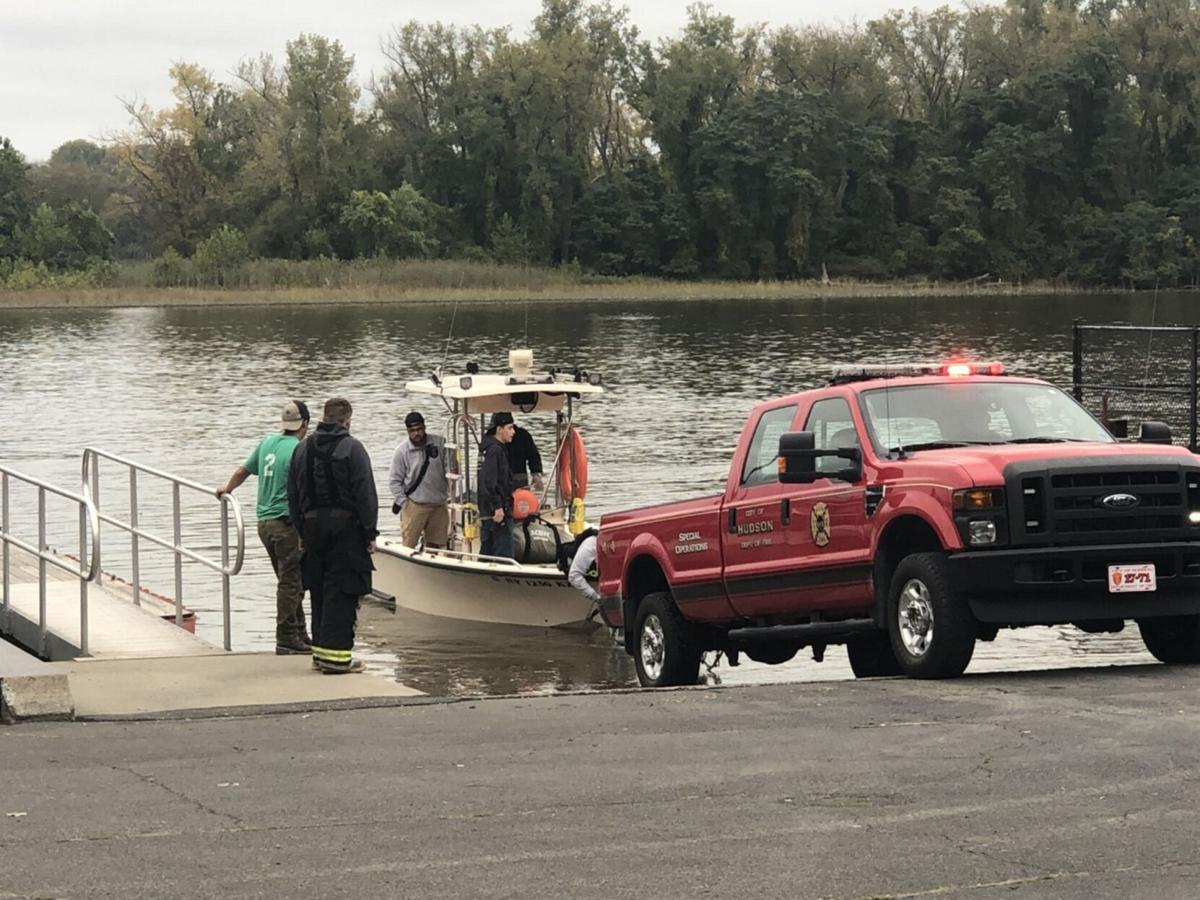 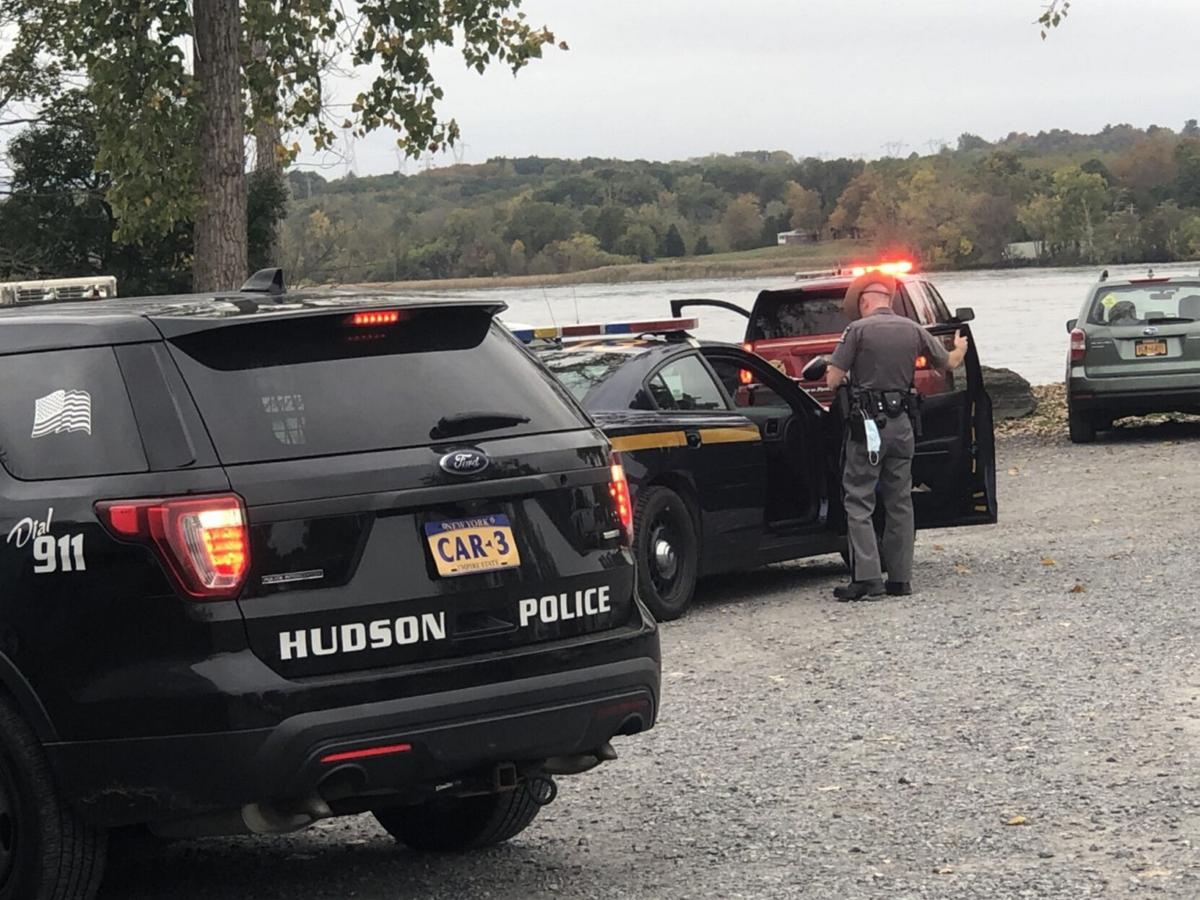 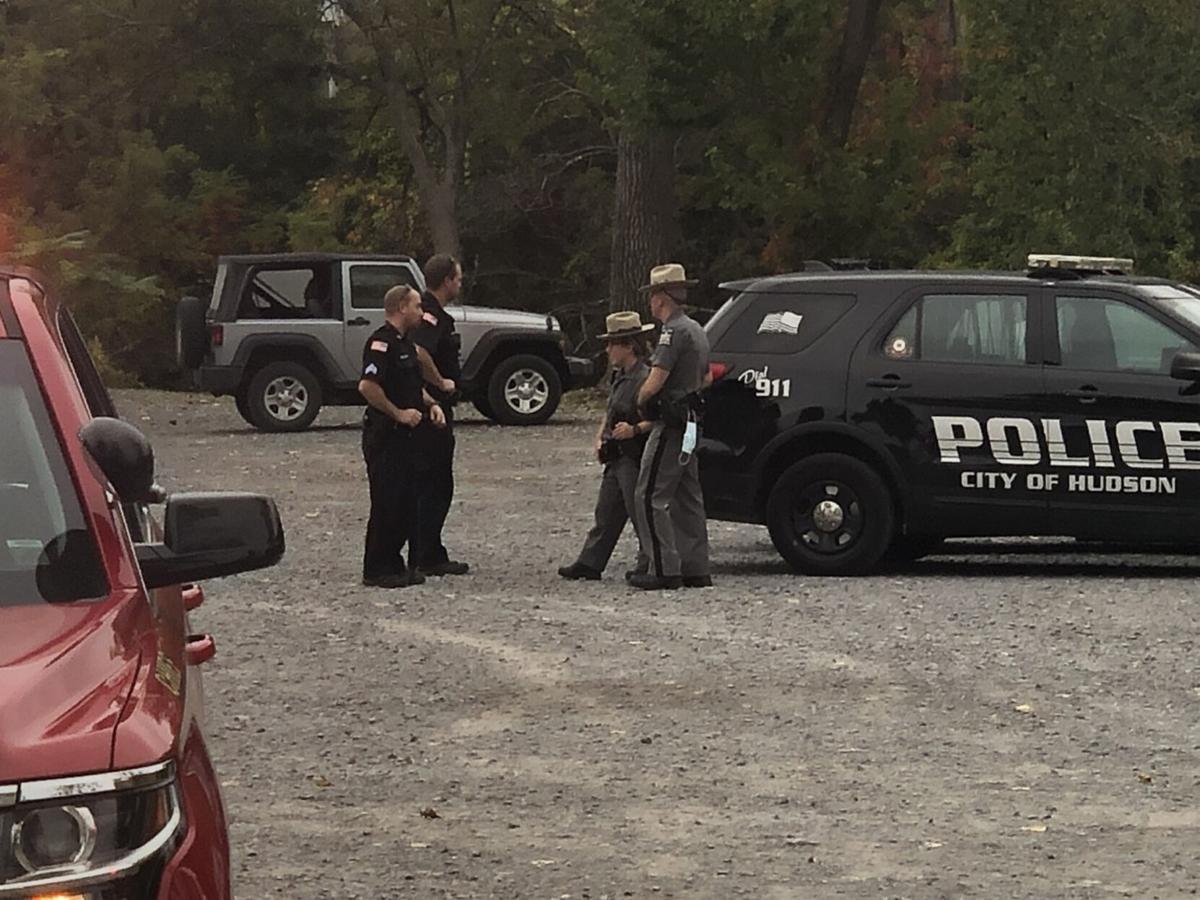 Rescue boats return to the Hudson Boat Launch, and four people were pulled off a sinking boat. Bill Williams/Columbia-Greene Media

HUDSON — Four occupants of a sinking boat were rescued from the Hudson River on Sunday afternoon.

The incident occurred a short distance south of the Hudson-Athens Lighthouse.

At about 4 p.m., Columbia County 911 sent the Hudson Fire Department Dive Team and Greenport Rescue Squad to the river after receiving a call from the damaged boat that it was taking on water and was sinking.

The dive team responded to the Hudson Boat Launch, where they launched their marine vessel. Greenport Rescue boarded their boat, which was docked at the Hudson Powerboat Association.

While on their way to the scene, Hudson fire officials requested mutual-aid assistance from the Athens Fire Department Dive Team, who responded from the west side of the river.

All three boats arrived at the location and found the stern of the boat partially submerged. The four boaters were taken off the sinking craft were brought onboard the rescue boats.

They told first responders that they were originally on their way to Catskill, fire officials said.

The four were brought back to the Hudson Boat Launch, where they refused medical treatment from paramedics.

A group of spectators arrived at Henry Hudson Riverfront Park to watch the rescue as it took place.

The disabled boat was left where it began sinking. It will be recovered by the Columbia County Sheriff’s Office and the U.S. Coast Guard, fire officials said.

Water temperature in the Hudson River was recorded at 60.8 degrees Fahrenheit, according to the National Oceanic and Atmospheric Administration.

The entire rescue took less than 25 minutes as all firefighters were back in service at 4:24 p.m.

There have been several rescues of boaters on the Hudson River this year. On June 27 Hudson firefighters rescued two kayakers who had capsized in rough waters off the Hudson shore. On the same day, six people escaped injury after their vessel struck rocks and sank in the Hudson River in an area near the Coxsackie Boat Launch.

A Catskill man was rescued after his boat began sinking on July 11 in the Hudson River, north of the Catskill Boat Launch. Multiple police agencies responded to Dutchman’s Landing. The man and his boat were safely towed back to shore by another boat. He was not injured in the incident.