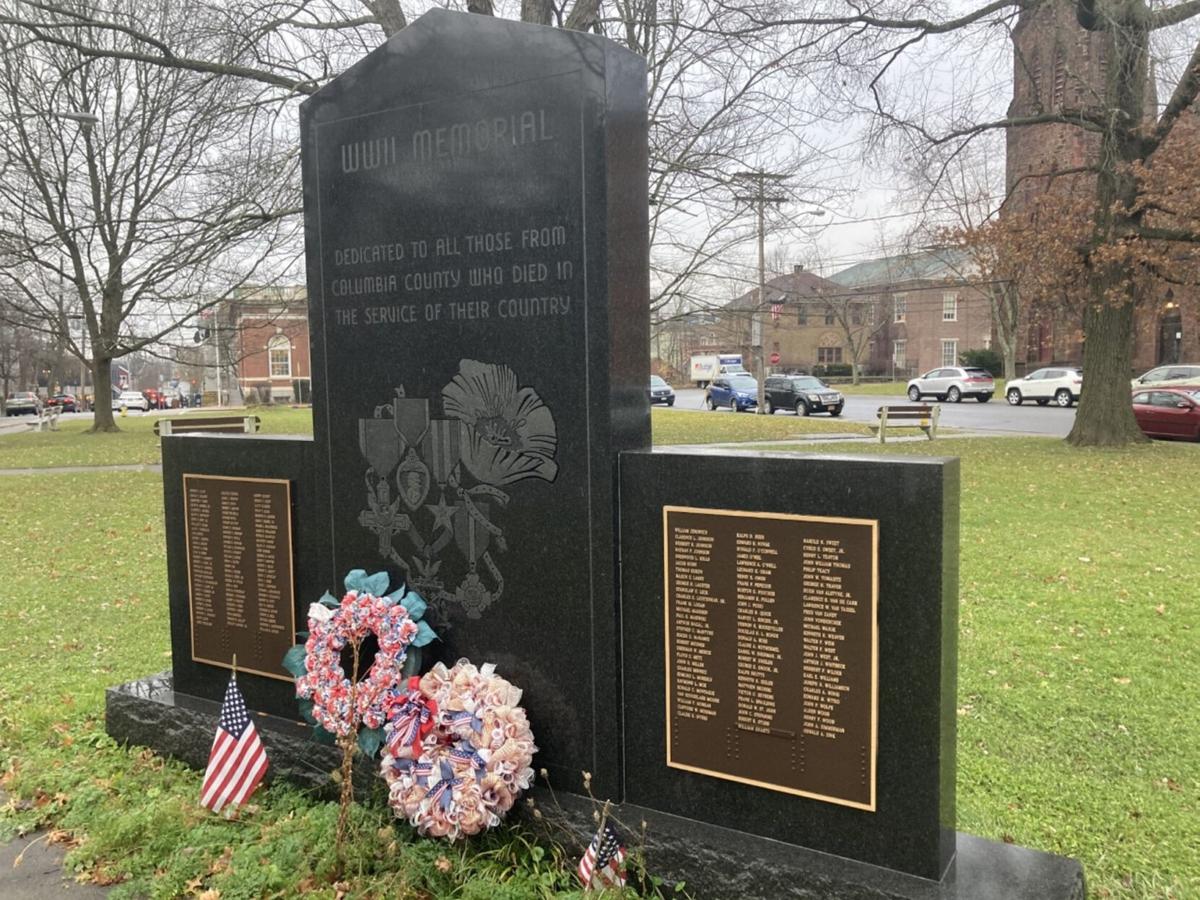 The World War II monument outside of the Columbia County Courthouse in Hudson. 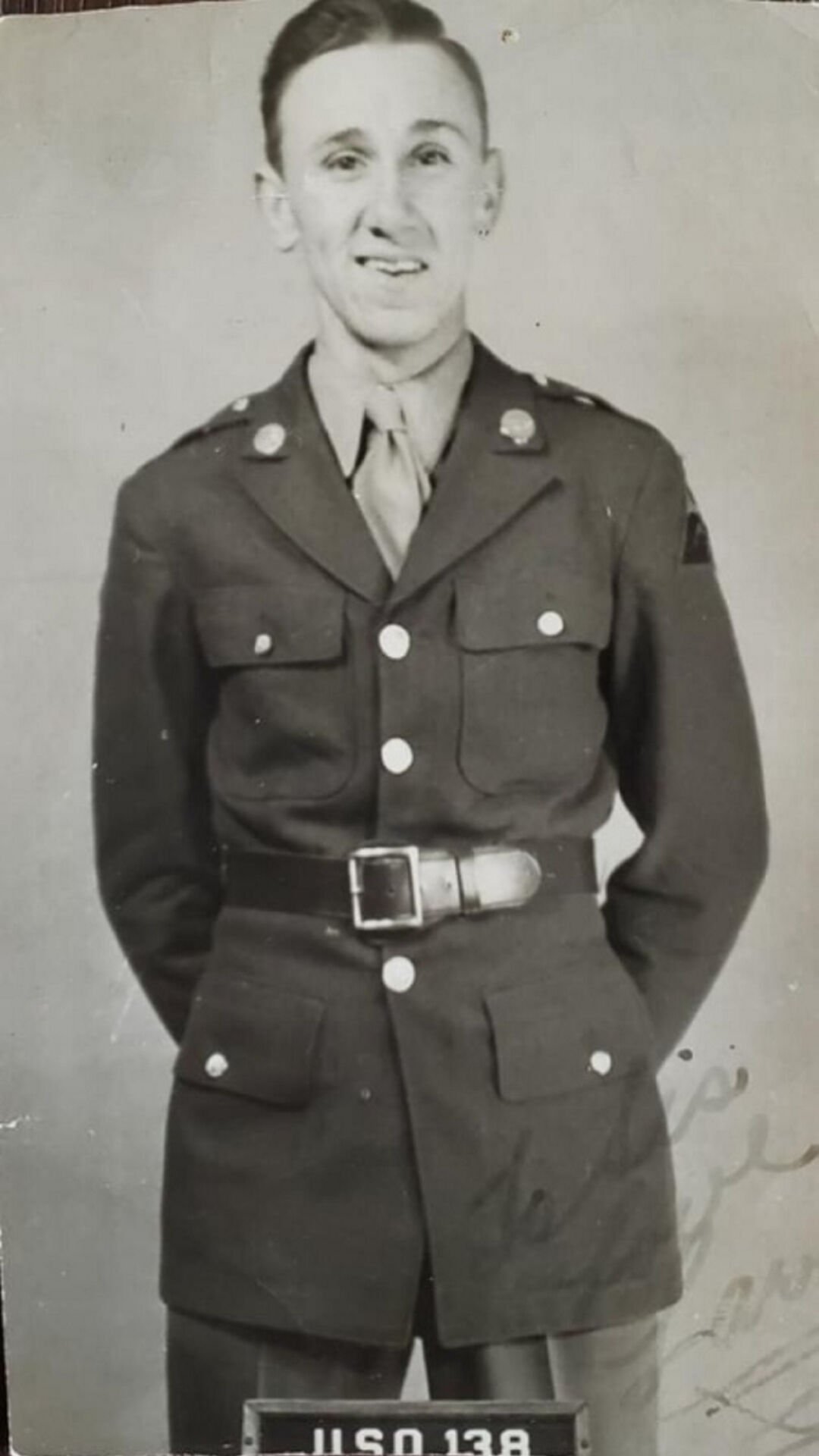 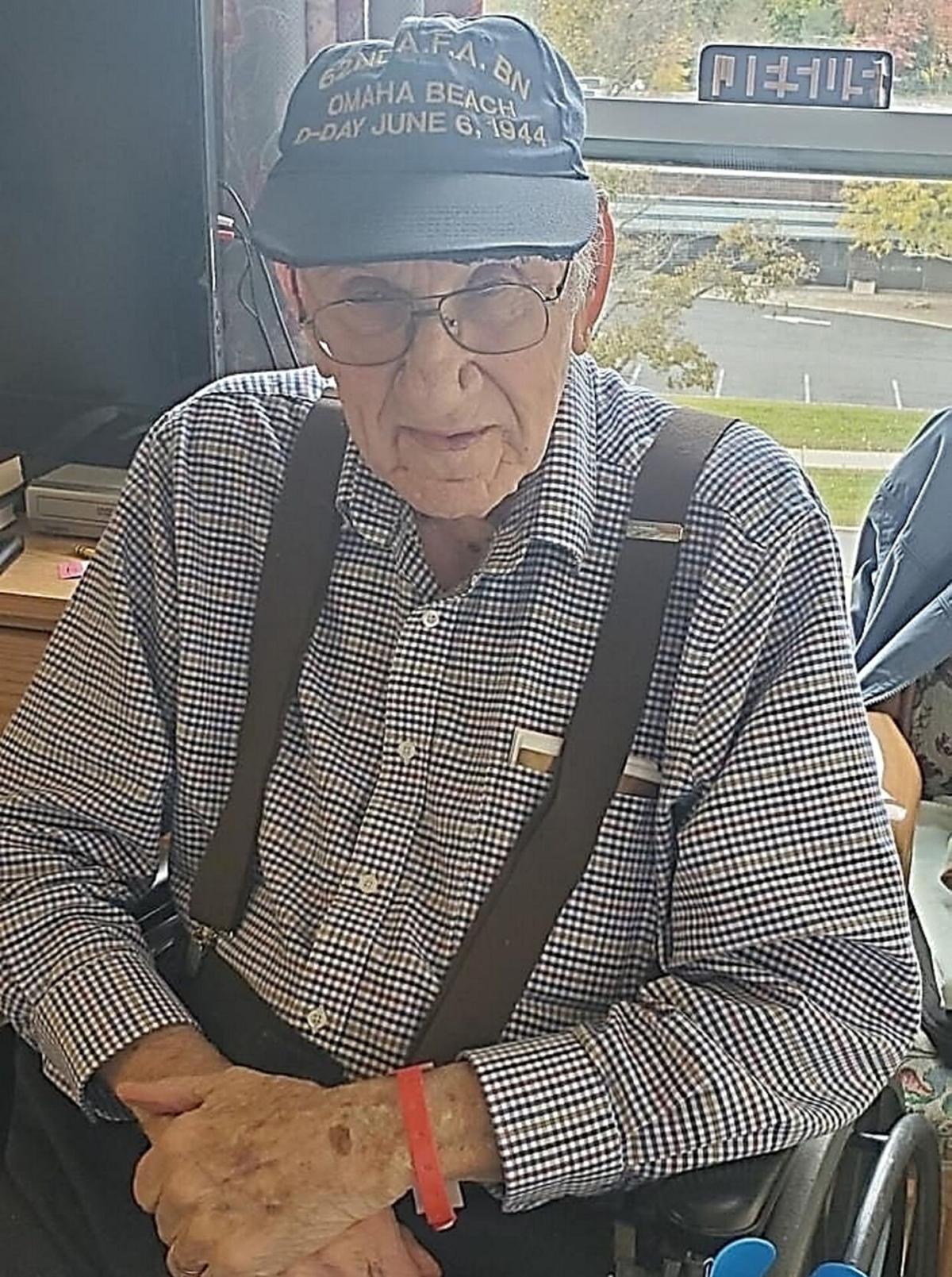 The World War II monument outside of the Columbia County Courthouse in Hudson.

This is the 80th anniversary of the surprise attack by Japan on the United States at the naval base in Pearl Harbor, Hawaii, which drew America into World War II.

Six months after the attack, Valatie native Harold E. Williams left his job at the Watervliet Arsenal to enlist in the Army. Williams did not know at the time that he was destined to play a role in an equally horrific event.

“I didn’t like it there so I decided to enlist,” Williams said. “So I said to the boss, I don’t like it here, I’m quitting, and he says, you’re here ’til the end of the war, kid, this is a war job, the only way of getting out of here is to enlist.”

Williams went right over to the armory on Washington Avenue in Albany and enlisted.

“I didn’t tell my mom, because I was underage,” Williams said. “And it was unlawful for me to enlist at my age without my parents’ signature. So I, had to take the paper to her. She cried a lot but she finally signed it.”

Williams joined the 62nd Armored Field Artillery Batillion, which provided support to the first infantry division, and was assigned to the North African Campaign.

“We were the first ones in World War II to land in Africa,” Williams said. “Then we went on to Sicily. We thought maybe after Sicily, we’d go to Italy, but they sent us up to England. When we got there we found out we were slated to land on Omaha Beach. We didn’t know that until it was almost time to go on the boats.”

The person who had known where they were going was an officer Williams called Lt. Col. Zuck.

“Our officer, he was on the first wave going in,” Williams said. “The boat he was on, they jumped out and over the side and waded in. The landing craft, the infantry craft, all 44 perished on the boat, blew them all apart. So we lost a lot of men on that D-Day landing.”

Williams is one of only about 15 surviving Capital Region veterans to fight at Omaha Beach on D-Day, June 6, 1944.

“I don’t think that anyone would ever want to see the sight we saw when we finally got on the beach,” Williams said. “They were dead all up and down the beach, and wounded, and waiting. The water was red at the edges, I’ll never forget it. In fact, every time I think of it, it makes me cry. So many young men lost their lives that day, some of them had never even been in combat before. Here I am, the only survivor of my outfit left.”

Williams went on to fight across Northern France until Sept. 7, 1944, in the Normandy Campaign. After his unit came through Paris he was given a rest. The 62nd Artillery Division transferred to Ardennes for the Battle of the Bulge which took place from Dec. 12, 1944, to Jan. 25, 1945.

“From there we went on to Holland and then we came to this little town,” Williams said. “We saw people lying all over the streets. They were dead because the Germans shot them when they fled through the villages, almost like saying goodbye, you know.”

He said they came to a small house, but at some distance away he could see what was going on. He said someone inside the house pulled back a curtain and saw the soldiers coming and met them outside. The man asked if they were American.

“Col. Bennett said, yes, we are American, and the man asked are you here to stay? And Col. Bennett said, yes we’re here to stay,” Williams said. “We waited a minute and he brought out some people he wanted us to meet. It was a man and his wife and children, they were Jews and they had been hiding them in their attic for almost two years. They were kind of like heroes, those Hollanders that did that. If they had been caught they would have been shot right on the spot.”

Williams traveled on, through Belgium and Germany and across Austria, and in the invasion of Germany he faught at Leipzig and then moved into Czechoslovakia.

“From there we were slated again to go to Japan,” Williams said. “Thank God the war ended quick and we didn’t have to go. So here I am today, sitting in an old nursing home. All my buddies are gone, hardly any veterans left of World War II, especially Omaha Beach.”

More than 16 million U.S. servicemembers fought in World War II. Among them, 291,557 were killed in battle, according to the Department of Veterans Affairs. About 240,329 of the 16 million Americans who served in World War II are alive today, with about 14,700 living in New York state.

Omaha Beach was the bloodiest of the D-Day battles. About 2,400 U.S. troops were killed, wounded or reported missing in action.

Columbia County Veterans Services Agency Director Gary Flaherty said Pearl Harbor has a special significance to him. After he retired from the Army and moved to Canaan, Town Supervisor Len Dooren wanted to talk with him because he was a Vietnam veteran and wanted him to get involved in the veterans community.

“He told me the story,” Flaherty said. “He was sitting at the breakfast table at Pearl Harbor when the planes came over by his window at breakfast. And he ended up sending his wife and young daughter back home. I was really fascinated by the stories that he told, how he ran out when he saw the Japanese planes, he knew he had to get back to his ship, and took a gun position as the Japanese were coming over.”

Dooren was the Canaan town supervisor for three terms. As fate would have it, Flaherty succeeded him in his post.

Ask HR: How to make the most of the current job market

How to refresh your remote work routine for the new year