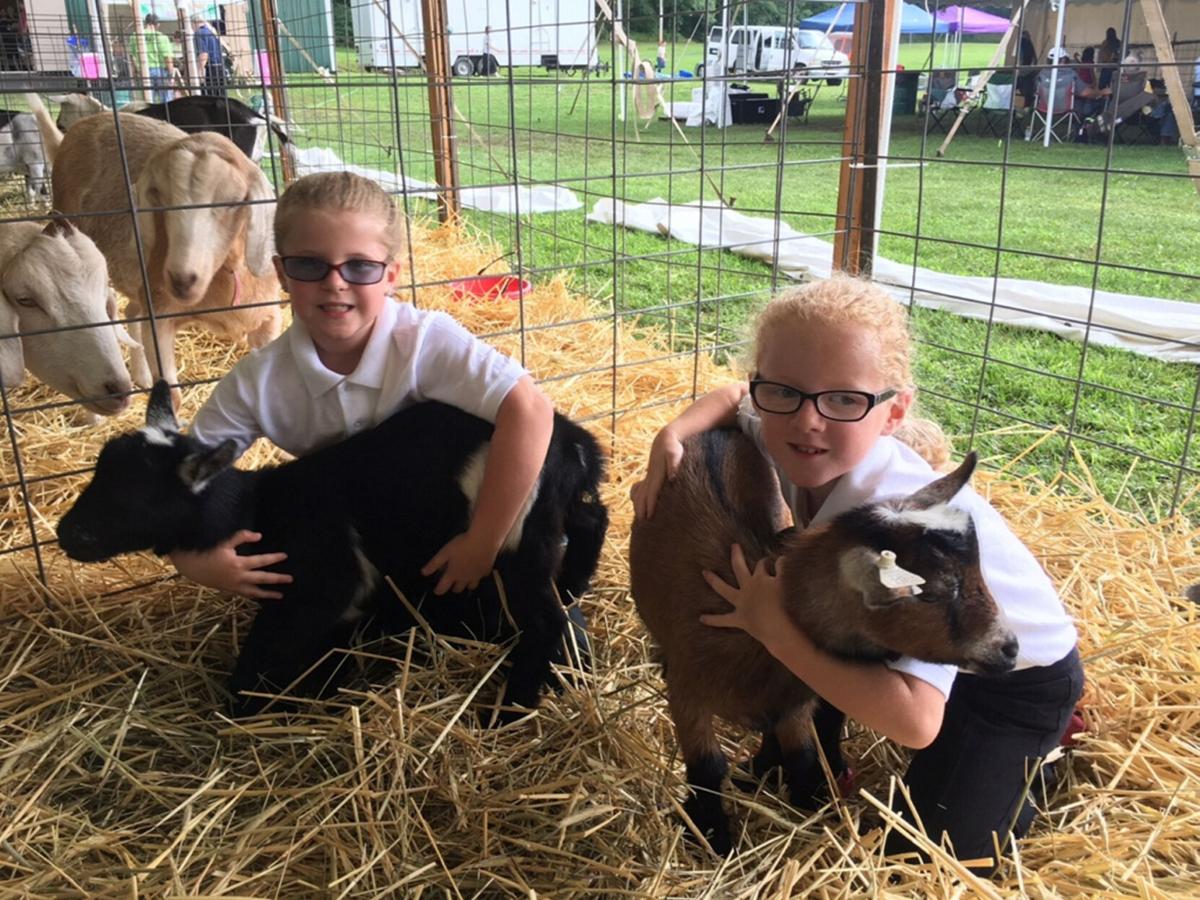 Michaela and Abigail Wright, 8, of South Cairo with their pygmy goats Laffie and Taffy at the Greene County Youth Fair, July 26 2018. File photo 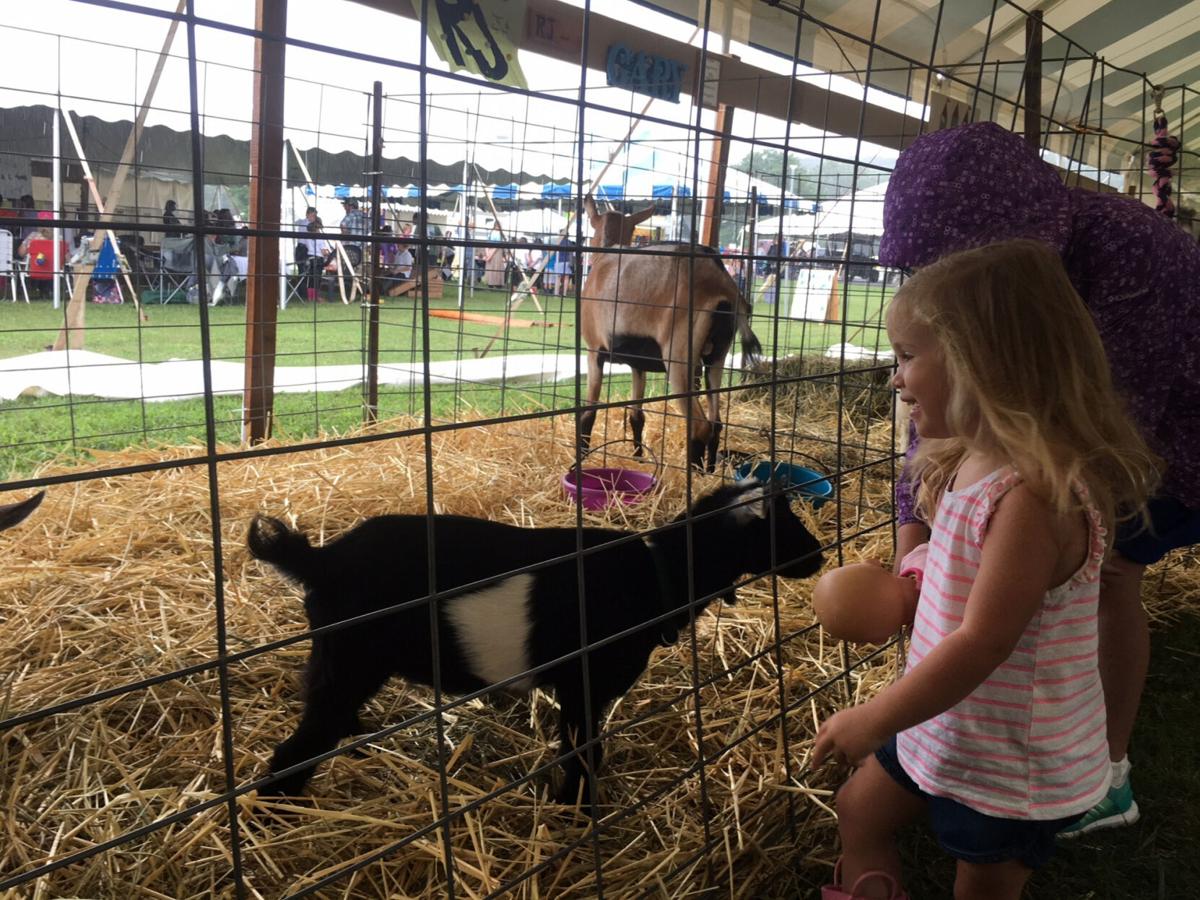 The Greene County Youth Fair in a 2018 file photo. This year’s fair will be held in person in July after a virtual fair took place in 2020 due to the virus outbreak. File photo

Michaela and Abigail Wright, 8, of South Cairo with their pygmy goats Laffie and Taffy at the Greene County Youth Fair, July 26 2018. File photo

The Greene County Youth Fair in a 2018 file photo. This year’s fair will be held in person in July after a virtual fair took place in 2020 due to the virus outbreak. File photo

CAIRO — The Greene County Youth Fair kicks off Thursday with four days of farm-filled fun and a renewed focus on the young people who show at the fair.

The fair, which was virtual last year due to the COVID-19 pandemic will be held July 22-25 at Angelo Canna Town Park on Mountain Avenue in Cairo for its 67th year. It will be different in some ways but will also bring fairgoers back to the heart of the county.

The fair began in 1949 as a 4-H Club event and is one of the few fairs in the state to offer free admission and entertainment.

The opening ceremony is set for 9:30 a.m. Thursday and will be followed by a performance by Buffalo Barfield, the poultry show and the dairy goat show, according to the schedule of events. The afternoon and early evening will host the dog and swine shows.

Friday’s slate of events include the dairy, rabbit and beef shows as well as musical performances and a classic car show, according to the schedule.

Saturday is the longest day of the fair, beginning at 9 a.m. with the horse show and ending at 9:15 p.m. with fireworks. The rest of the day includes the garden tractor pull, woodsman shows — which showcase traditional lumberjack skills — a Jaws of Life demonstration by the Cairo Fire Department, Irish step dance performances, musical performances, and pack and meat goat shows, among others, according to the schedule.

Sunday’s festivities kick off with an antique tractor pull and musical performances followed by rabbit agility and hopping, the talent show and goat obstacle courses. The best-in-show ceremony is scheduled for 2:30 p.m. with the closing ceremony to follow.

Greene County Youth Fair officials announced in May the event would be held in-person this year, and organizers said in early July they are planning to create a fair that is as normal as possible.

Jessica Winoski, vice president of the fair, said the fair will not include rides or a barbecue this year, but events with animals will proceed as usual with the addition of more handwashing stations.

Greene County Youth Fair President Alex Johnk told the Greene County Legislature’s County Services Committee on July 7 that the fair will not include a carnival due to the death of the carnival contractor. Entertainment was one of the features that was trimmed this year.

Johnk said though there will be less entertainment, he wants fairgoers to focus on the heart of the event. He said although the virtual fair featured about 100 exhibitors and 400 projects, it wasn’t the same.

Johnk said the event will follow all health regulations set forth. Social distancing is encouraged and the fair has more space to spread out.

The fair usually draws around 10,000 visitors, but Johnk said he’s not sure what to expect this year as people balance wanting to get out of the house with health and safety precautions.

He said despite the usual rides and entertainment, the fair is especially a time to appreciate agriculture.

“Farms didn’t close during the pandemic. We were open every single day,” Johnk said. “Agriculture, no matter how big or small, is the lifeblood of a community. We really need to be thankful that we have this available here in Greene County and show our appreciation for it.”