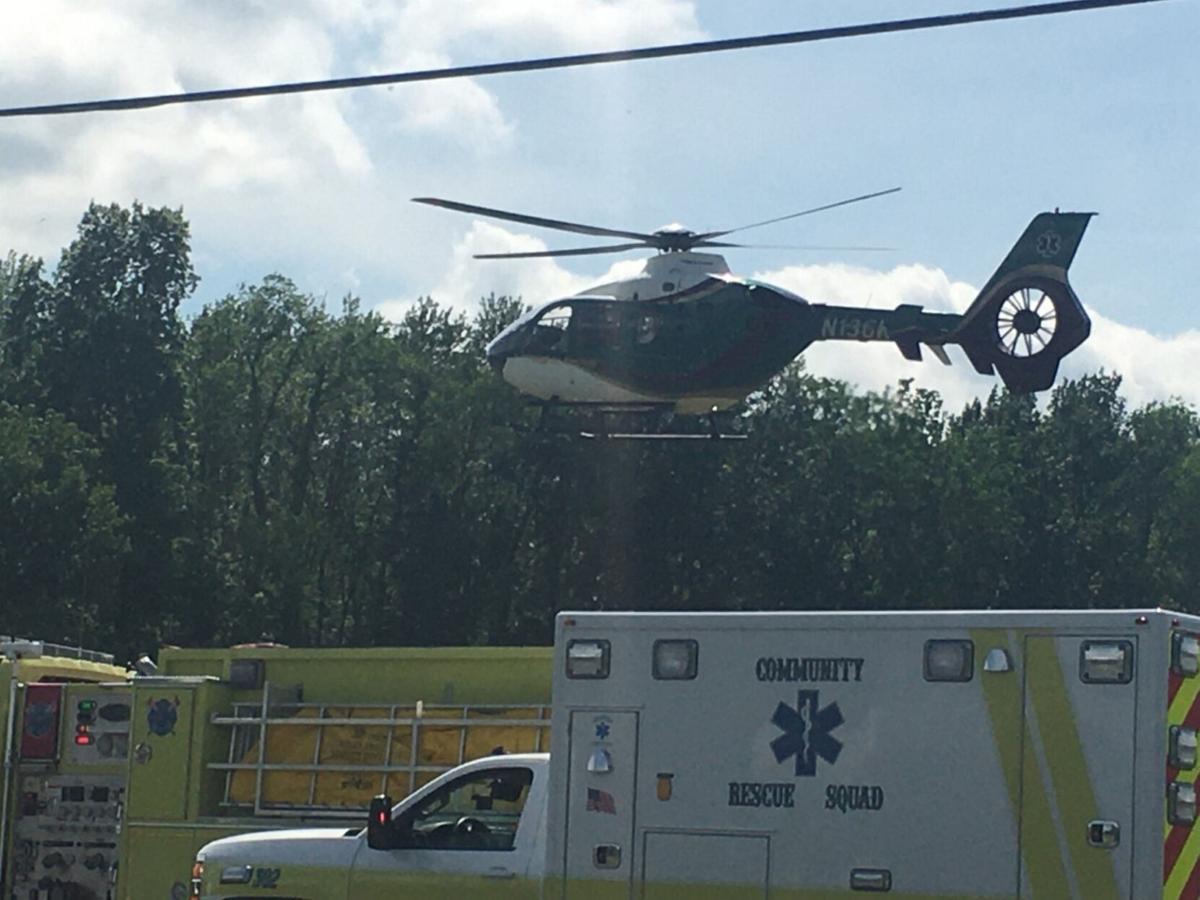 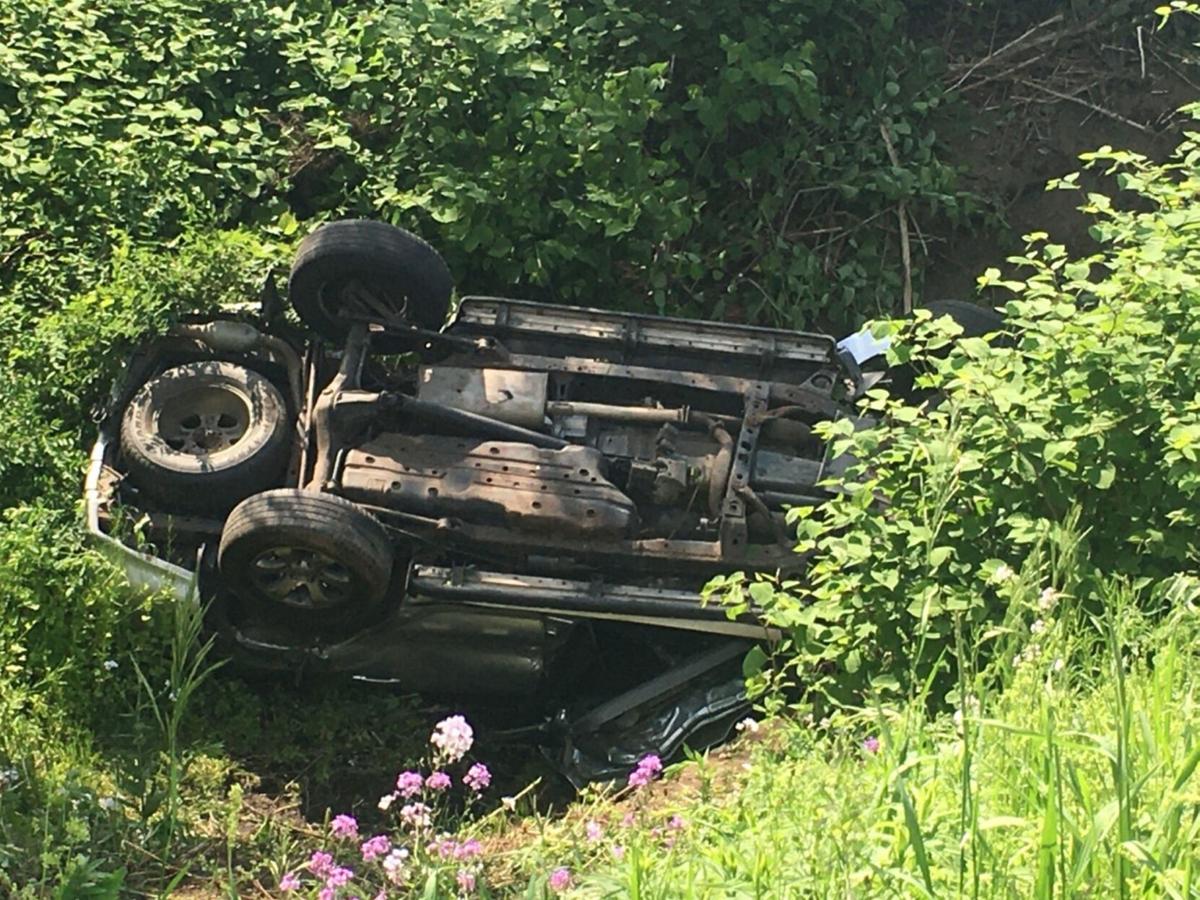 Bill Williams/Columbia-Greene Media Two men were injured after car rolls over in Ancram. 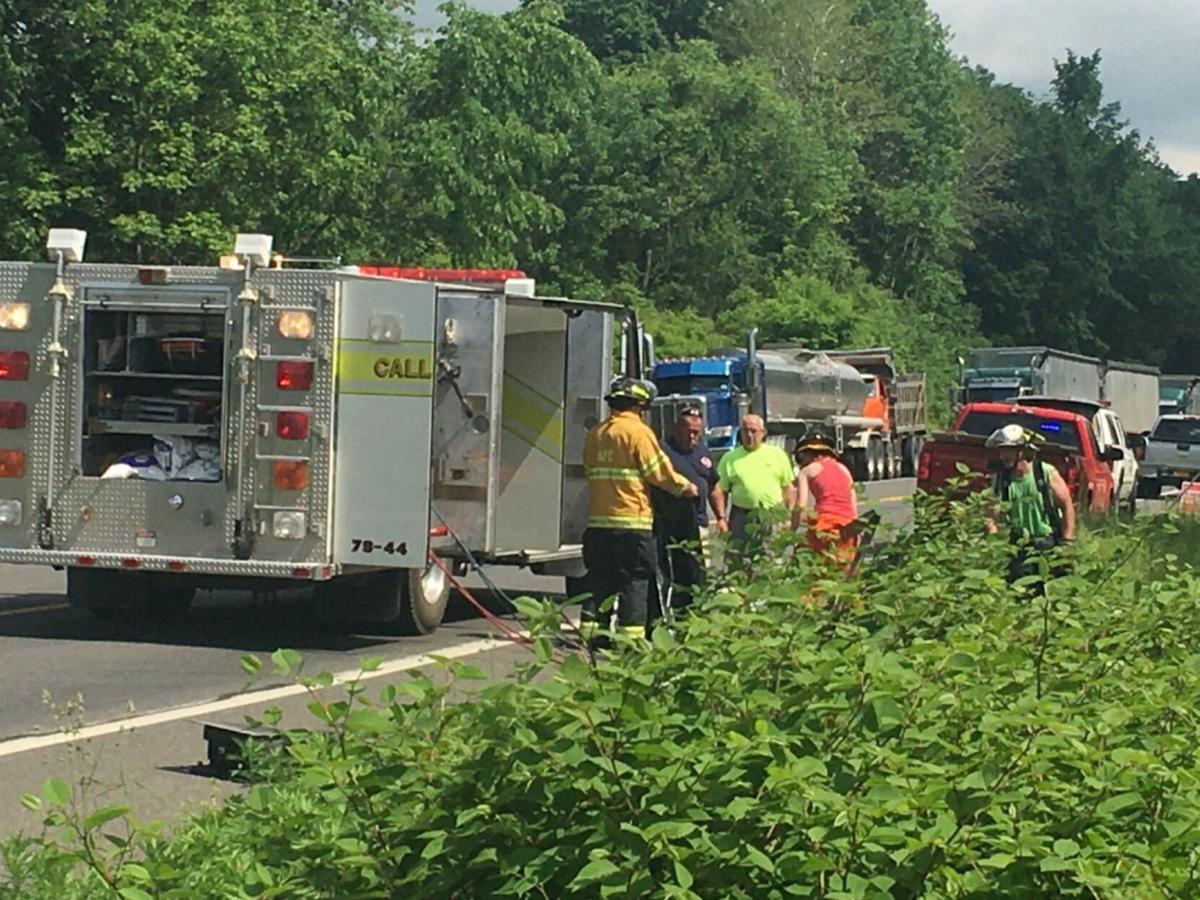 Bill Williams/Columbia-Greene Media Two men were injured after car rolls over in Ancram.

A car traveling north on Route 22 crossed over the center line for unknown reasons and went over a guardrail and down an embankment before overturning, DeRocha said.

Ancram firefighters and Community Rescue personnel worked for over 30 minutes to free the two unidentified men before they were taken by ambulance to the helicopter landing zone, DeRocha said. He could not comment on the extent of their injuries.

Route 22 was closed between County Route 3 and Weed Mine Road for close to two hours while emergency crews worked.

The Columbia County Sheriff’s Office is investigating the cause of the accident.

Check back for more information on this developing story.