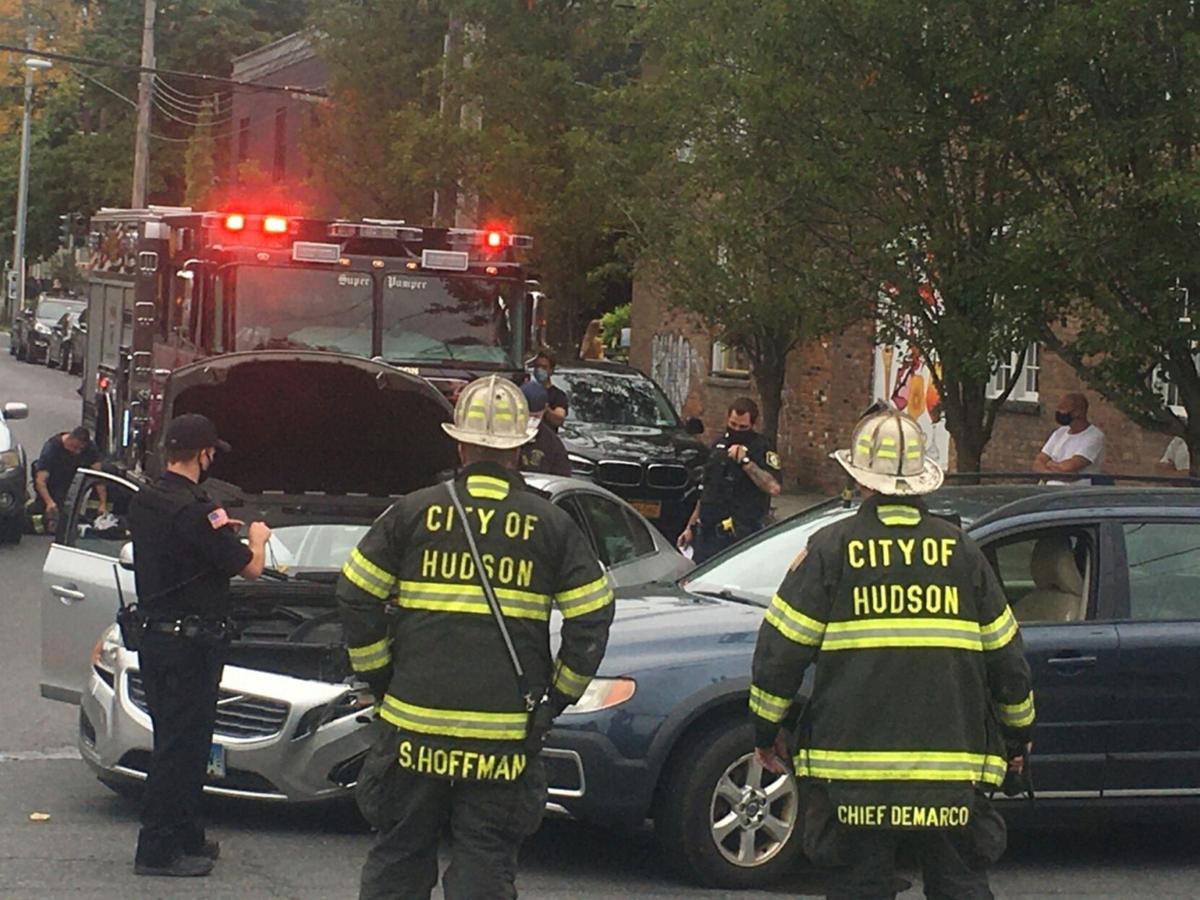 Hudson firefighters at the scene of a two-car accident Sunday. Bill Williams/Columbia-Greene Media 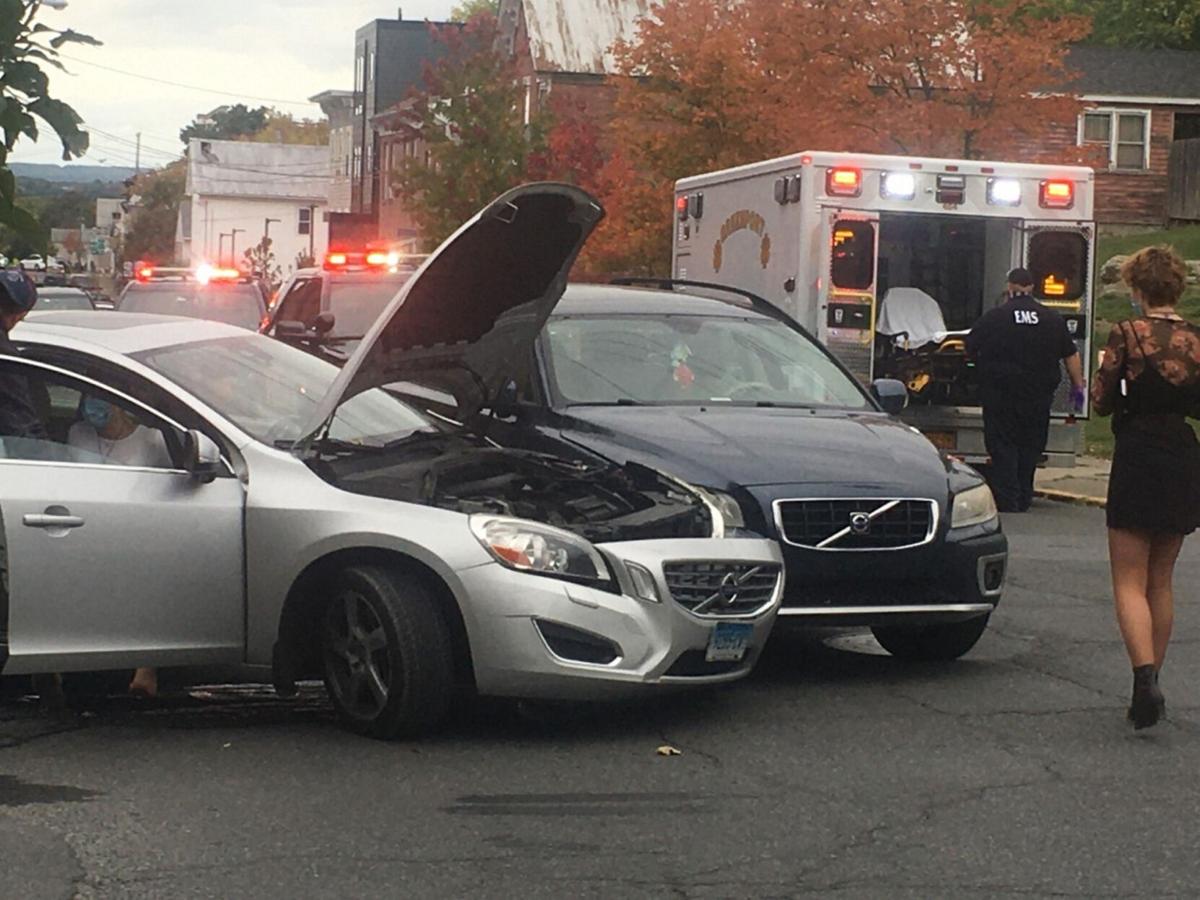 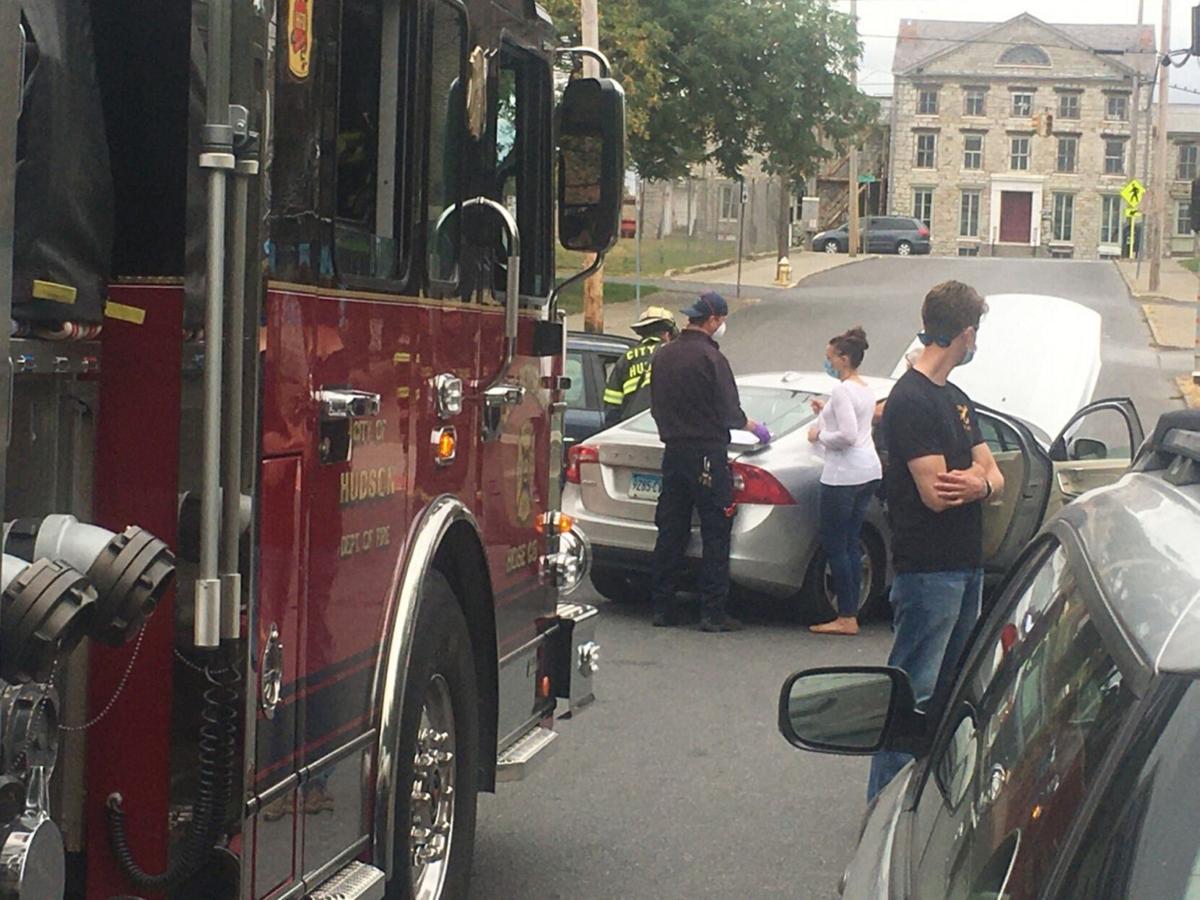 A two-car accident Sunday closed the intersection of Fourth and Columbia streets in Hudson this weekend. Bill Williams/Columbia-Greene Media

Hudson firefighters at the scene of a two-car accident Sunday. Bill Williams/Columbia-Greene Media

A two-car accident Sunday closed the intersection of Fourth and Columbia streets in Hudson this weekend. Bill Williams/Columbia-Greene Media

All three refused medical treatment and did not have to be taken to Columbia Memorial, Moore said.

At about 1:52 p.m., Hudson Fire Department and Greenport Rescue Squad were sent by Columbia County 911 to the intersection of North Fourth and Columbia streets for a reported two-car accident.

A car, driven by Johnson Garrity, 54, and a passenger, Anna Garrity, 51, both of Moodus, Connecticut, was traveling north and went through a red light at the intersection of Columbia Street, hitting a car driven by Madeline Millerick, 19, of Burlington, Connecticut.

No tickets were issued, Moore said.

Both streets were closed in the area of the crash. Hudson Police investigated.

7 signs your water pipes are in trouble

Everyone can save on vital energy costs

Restart Growth Now and Become Crisis-Proof for the Future