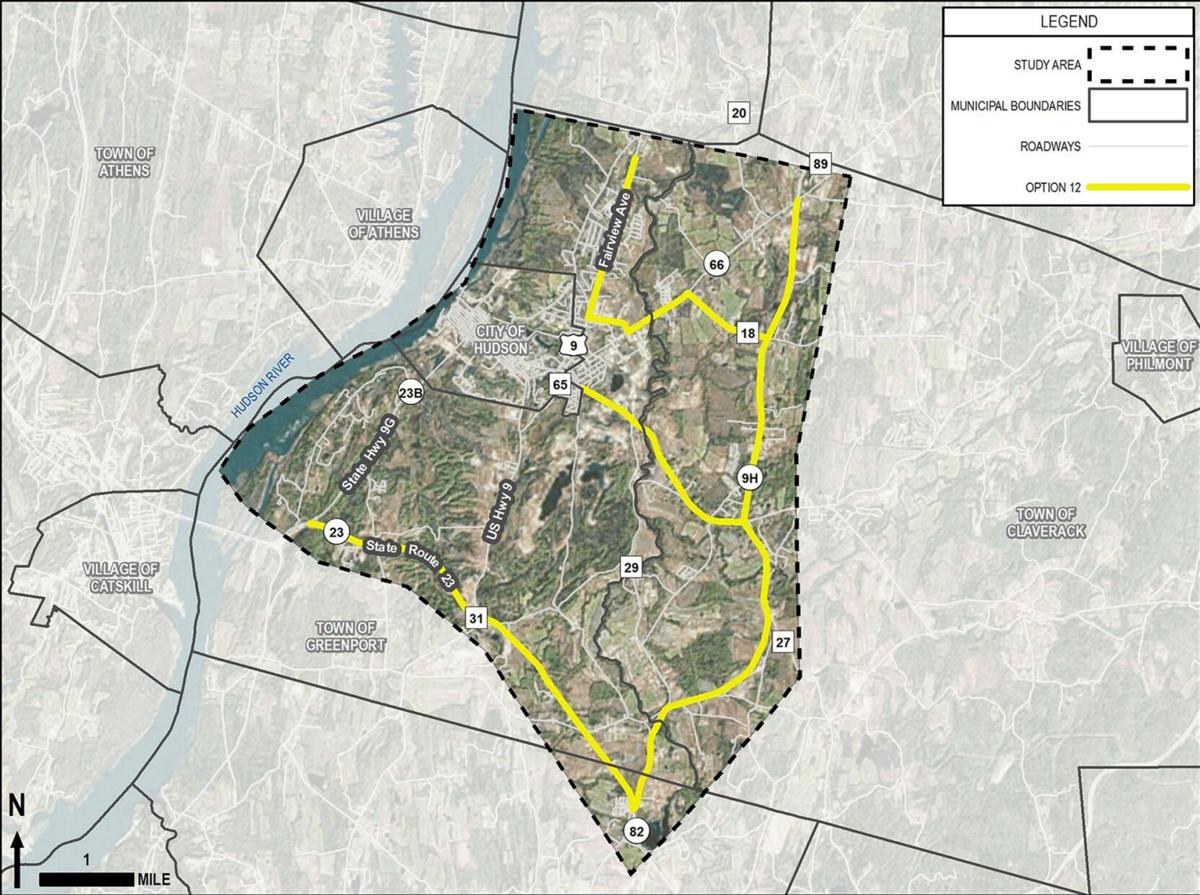 The most popular alternate truck route among respondents was Option 12, pictured. 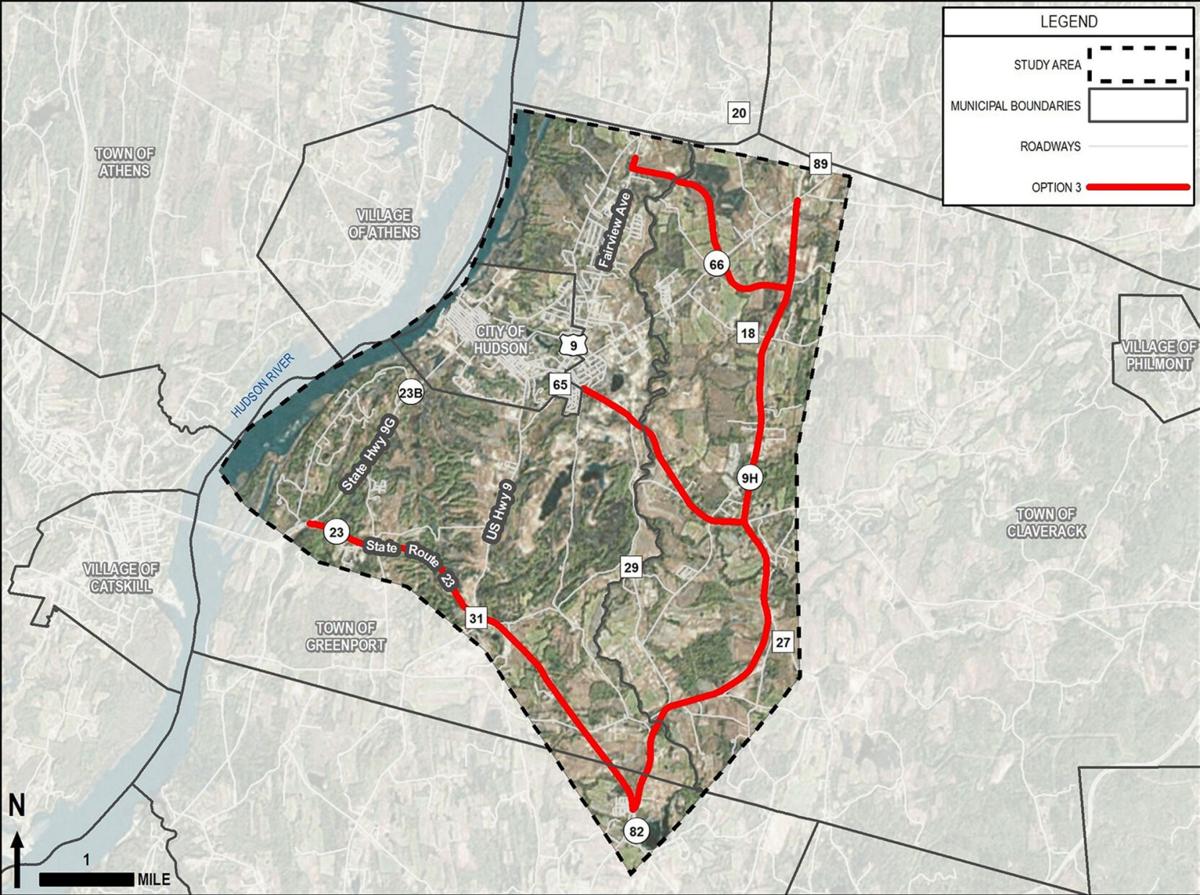 The second most popular alternate truck route among respondents was Option 3, pictured. 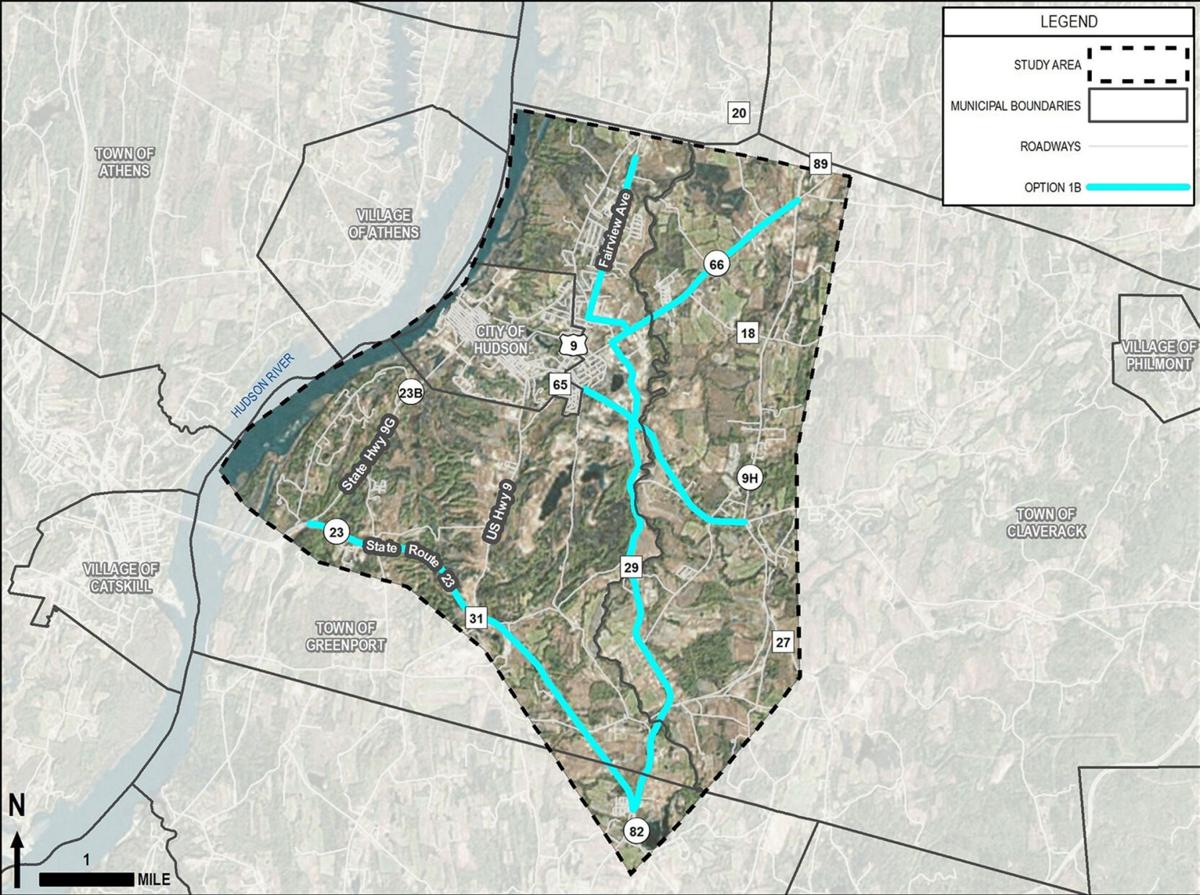 The third most popular alternate truck route among respondents was Option 1B, pictured. 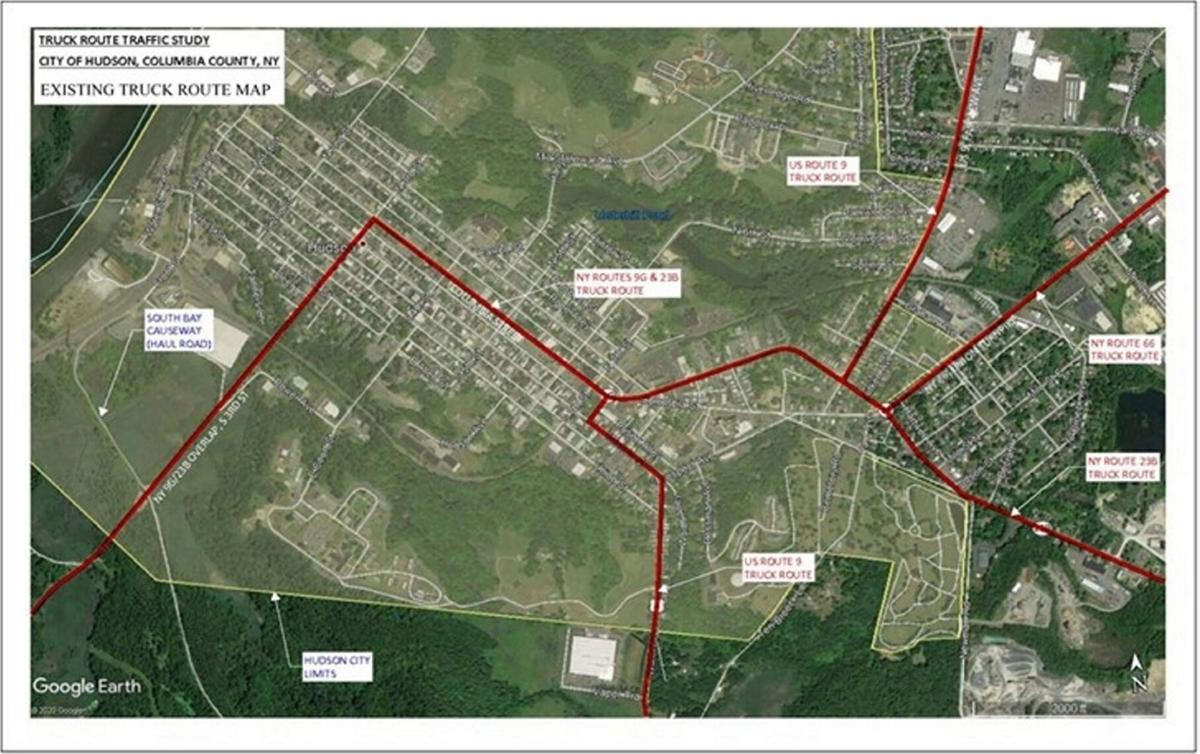 Pictured is the current truck route through the city. 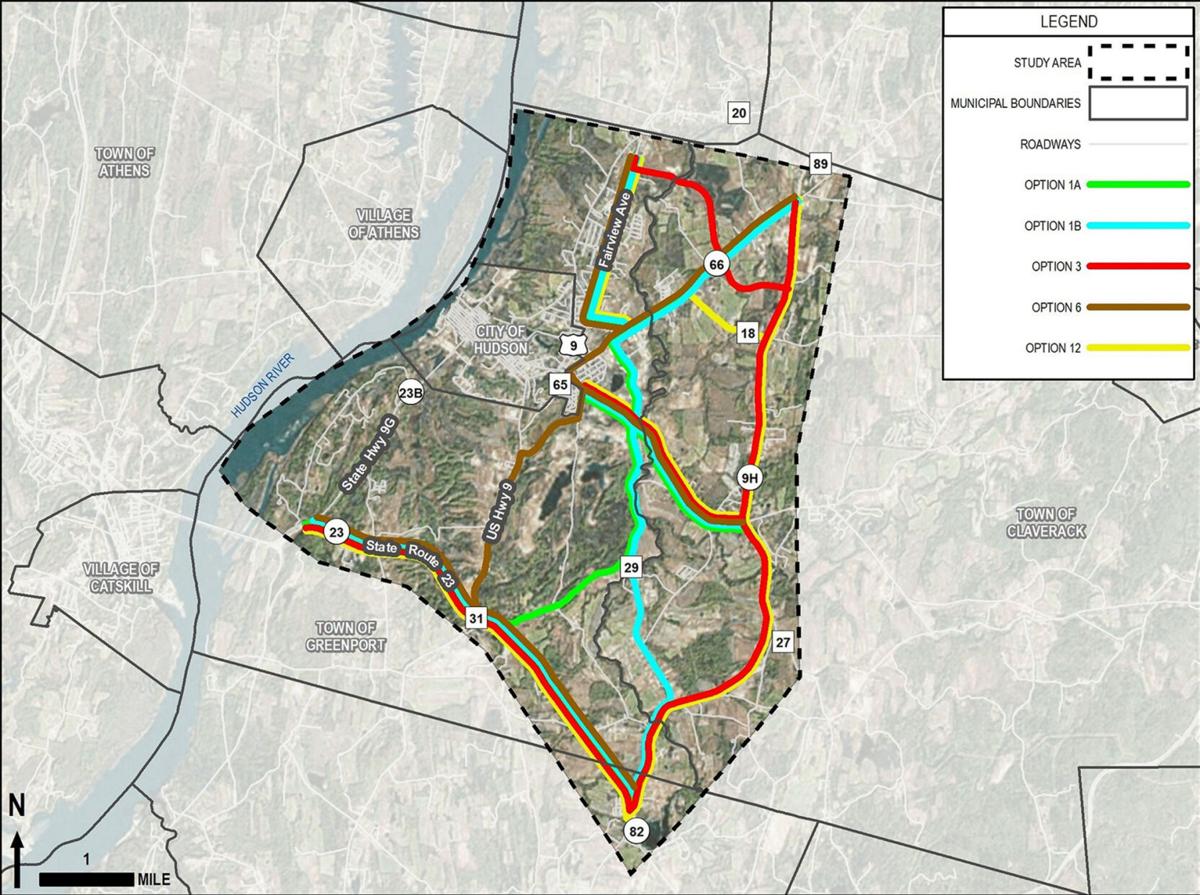 The most popular alternate truck route among respondents was Option 12, pictured.

The second most popular alternate truck route among respondents was Option 3, pictured.

The third most popular alternate truck route among respondents was Option 1B, pictured.

Pictured is the current truck route through the city.

The purpose of the survey was to solicit public opinion on alternate truck route options considered to redirect truck traffic that does not have a destination within the city.

The city hired MJ Engineering and Land Surveying, P.C., of Clifton Park, last fall to conduct a study to find an alternate truck route using a $100,000 budget line secured by Assemblywoman Didi Barrett, D-106, through the state Department of Transportation.

An origins-and-destination study as part of the project determined 47% of the trucks that go through Hudson do not have a destination in the city.

Of 276 responses to a survey of five proposed alternate routes, three were favored: Option 12, Option 3 and Option 1B.

The majority of respondents, or 84%, said truck traffic within city limits is an issue and an alternate route should be designated.

The second most popular was Option 3, which goes from Route 9 to a new road to Route 9H to Route 23B to Route 23. The new road would have to be constructed to link Route 9 and Route 9H, costing an anticipated $25.8 million, according to MJ.

Common suggestions among respondents were to maximize using state routes and avoid residential areas, particularly Route 23B through Claverack.

Less than a quarter, or 18%, said cost was a very important factor while considering their favorite route; 21% said it was not important and 40% said it was somewhat important. Twenty-one percent of respondents said they need more information.

Harms and risks of trucks in Hudson, based on its dense population, are symptoms from inhalation of diesel exhaust, trucks turning on narrow streets impacting pedestrian infrastructure, various degradation in the community potentially prohibiting tourism, vibration from heavy vehicles potentially damaging subterranean infrastructure and future repairs to road, sidewalk and property infrastructure being costly, according to MJ. Confined roads and intersections within the city make travel difficult for trucks.

Over the most recent five-year period, the highest number of crash incidents within city limits involving trucks included 68 on Green Street, 50 on Columbia Street and 46 on 3rd Street, according to MJ.

The crash data is from the state Department of Transportation.

The next steps for MJ are to review public input, recommend a feasible truck alternative route and prepare the final truck study report. A draft of the report can be viewed on the city website. Comments can be submitted to HudsonTruckStudy@gmail.com.