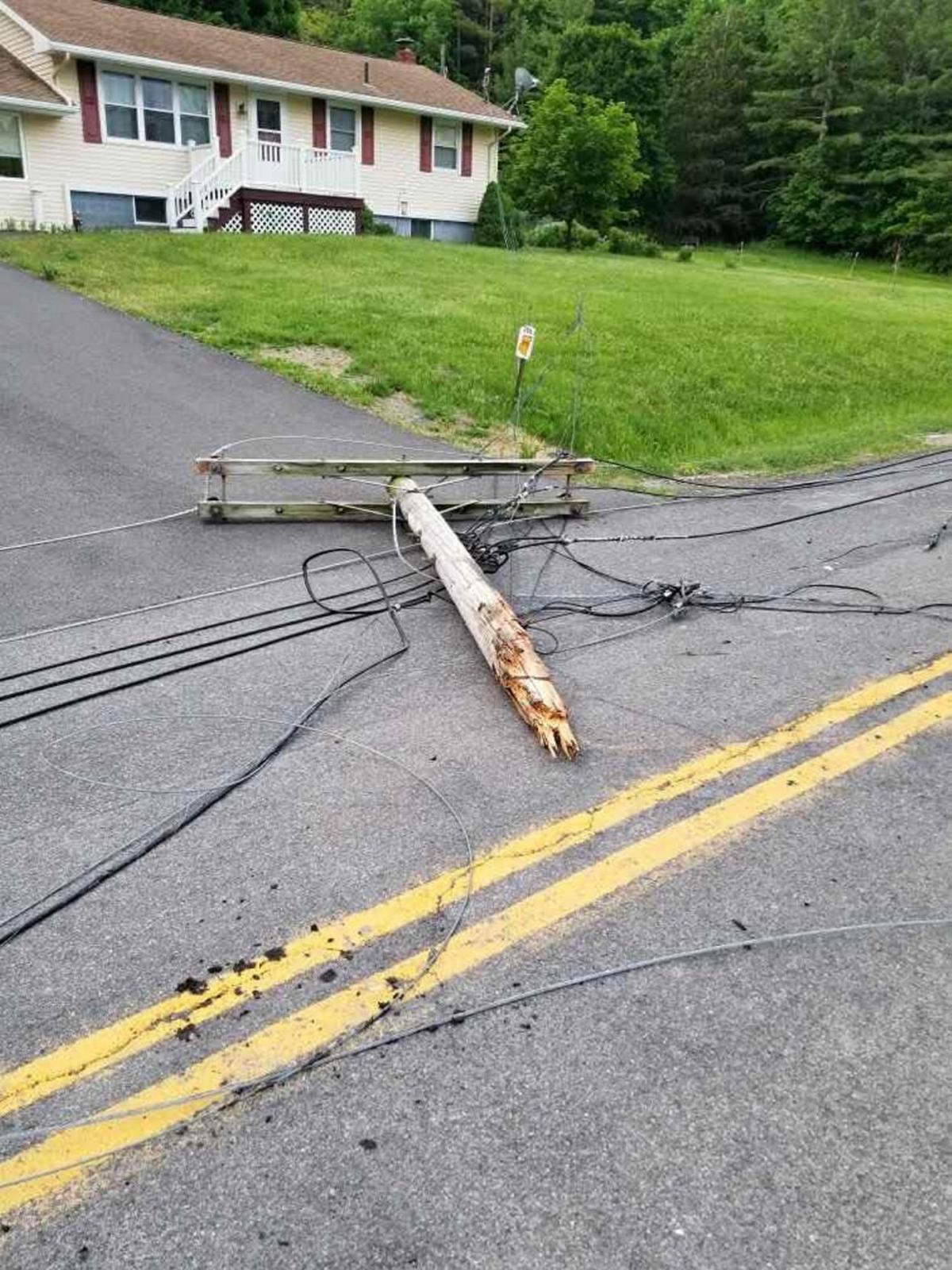 Contributed photo Police are looking for a tractor-trailer that brought down three utility poles in Stockport. 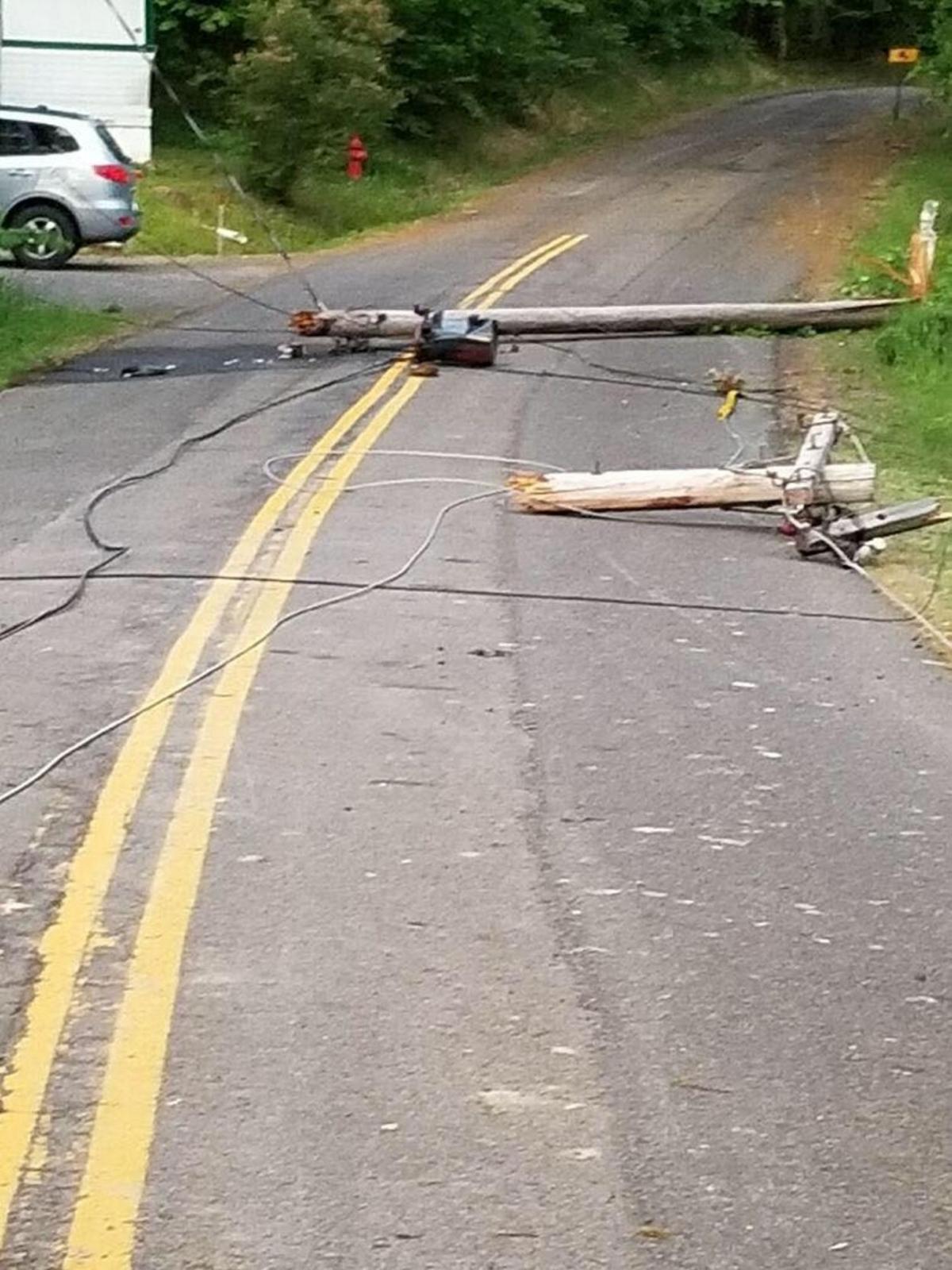 Contributed photo Police are looking for a tractor-trailer that brought down three utility poles in Stockport.

Stockport firefighters and Columbia County Sheriff’s deputies were dispatched to an area of County Route 22 about 4:45 a.m. after some residents reported the incident, police said.

That section of County Route 22 is a dead-end road, and police think the tractor-trailer driver entered the road accidentally and tried to back out after realizing it was a dead end, DeRocha said.

A brief description of the truck, a white tractor-trailer, was broadcast to other police agencies, so they could be on the lookout for it, according to police.

National Grid crews were called to the scene, and were expected to take several hours to replace the utility poles and reconnect power lines to the affected homes, police said.

More than 30 customers were without power due to the accident, according to the National Grid website.

The company hopes to have all power restored Friday afternoon. The Columbia County Sheriff’s Office continues to investigate.