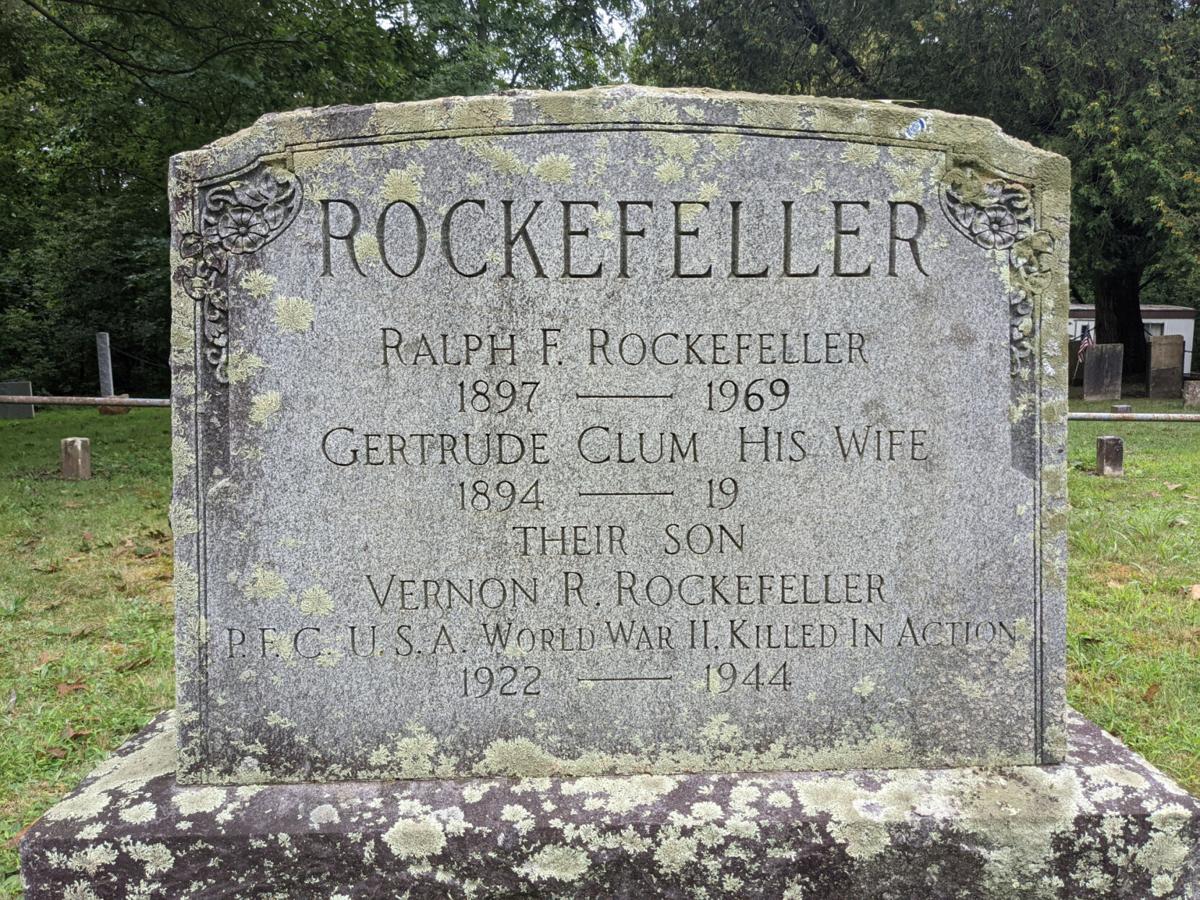 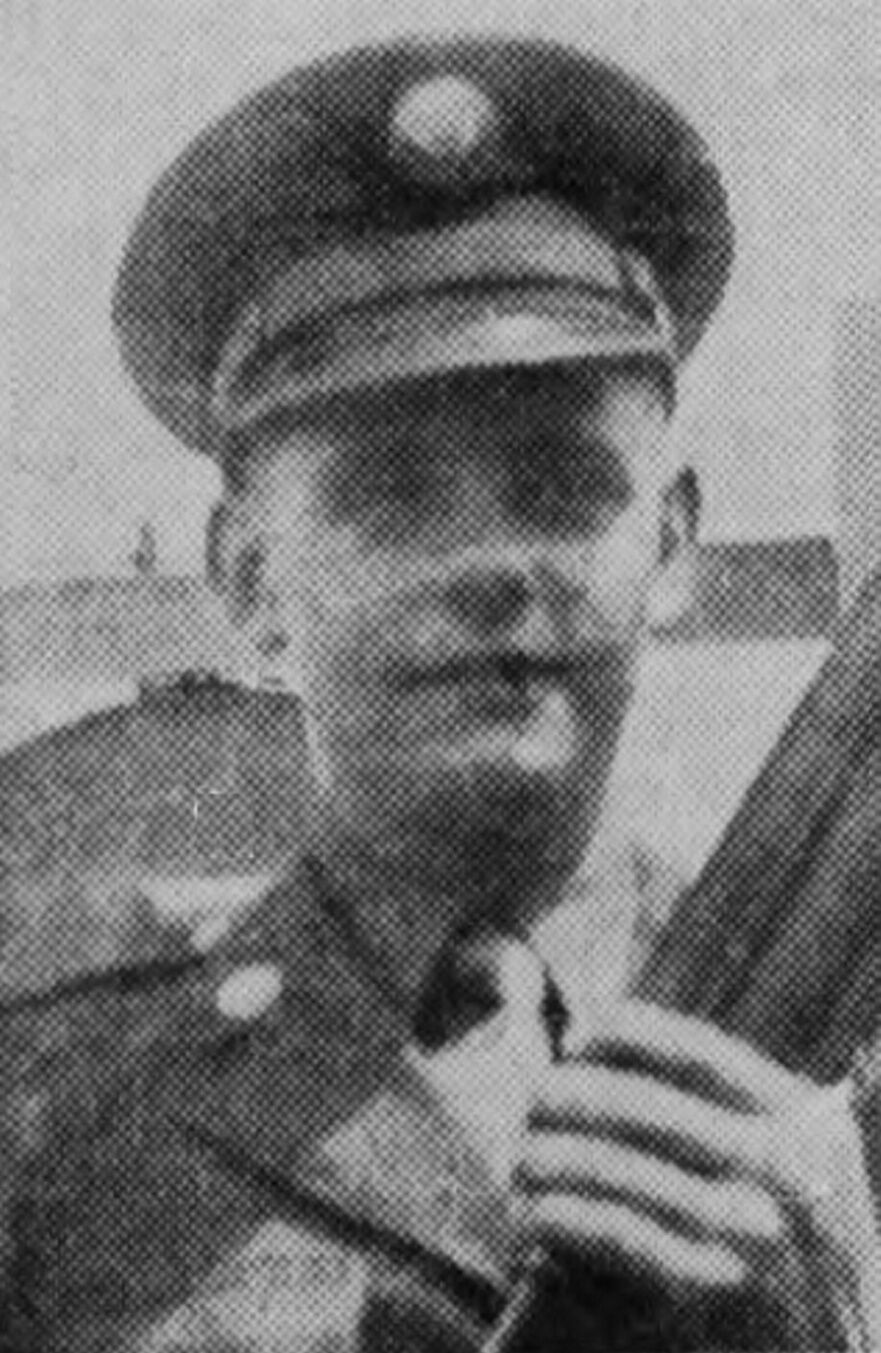 GERMANTOWN — Gertrude Clum Rockefeller outlived her husband by 15 years and her only son by 40, so by the time she died in 1984, no one was left to finish her gravestone.

But in August, thanks to the sharp eye of a family friend across the country and the Germantown historian, the “19” finally got its missing “84” in the Cheviot Cemetery with the services of Kol-Rocklea Memorials.

Gertrude was born in 1894 and died at age 90. Married to her husband Ralph, the family was distantly related to the Standard Oil Rockefellers of American industry like many in the area, Town Historian Tom Shannon said, as John D. Rockefeller’s descendants lived in Germantown. But she was the child of the notable Dr. Franklin D. Clum, a well-known physician and author who studied the treatment of alcoholism.

Pfc. Vernon Rockefeller, Gertrude and Ralph’s son, was killed in action in World War II in Italy, and he’s been long recognized as a hero to the town.

Shannon said the missing date was brought to his attention by the Rev. Jay Webber, who was from the area and whose grandmother was a friend of Gertrude Clum Rockefeller. Webber said he sought to honor Vernon by honoring his mother’s death the way he would have had he survived.

“Vernon Rockefeller was a hero of our community. And his parents were also heroes — they sacrificed everything for their country, as well as him sacrificing his life,” Webber said.

Vernon saved the life of an officer in the war when German soldiers were bearing down on the man, Webber said. According to a 1944 published article, Vernon killed three inebriated Nazis on the Anzio beachhead who were going after his lieutenant.

“I’m just pulling one of my socks on,” Vernon is quoted as saying, “when I hear two guys having it out just a few yards in back of me. It turns out to be my lieutenant and a kraut officer, and it looks like neither of their guns are working because they are trying to split each other’s heads open with their rifle butts.”

Webber personally knew Gertrude — she was his grandmother’s friend, and he often went to her big house on the hill across from the cemetery to visit, he said.

In town, Gertrude was known as a recluse — she carried an enduring sadness after her son died — and some kids found her to be odd and her house to “dark and foreboding,” Webber said. One year, Webber went trick-or-treating in the neighborhood and convinced his frightened friends to knock on her door.

“So we went up there and we knocked on the door, and boy, did that make her day. She said, ‘I always buy candy just in case anybody comes to my door, but nobody ever comes. But now this year, you came and I’m so happy.’ She was just smiling from ear to ear,” Webber said. “She just poured all her candy into our bags. And I felt good about that too, because it just gave her a little bit of cheer and happiness that she didn’t normally experience because the kids normally didn’t go up there. They were kind of afraid of her and I wasn’t because I knew her and I know she was a great lady.”

Webber said her son’s death was something Gertrude never got over — she kept his room almost exactly how he had left it, and when she finally packed up her things to move into a nursing home in Hudson, gave Webber some of Vernon’s items.

“She gave me her son’s copy of ‘Huckleberry Finn,’ and a couple other boyhood items that she had no one else to give them to so she gave them to me,” Webber said.

Webber said he noticed that the gravestone hadn’t been completed while on the website Findagrave.com, and from Scottsdale, Arizona, contacted Germantown about carving it in. He said it was Shannon who took the matter to the town.

“I asked Town Supervisor Robert Beaury if we could spend a little bit of money to the etch the death date onto Gertrude Clum Rockefeller’s gravestone, and the board approved,” Shannon said. “We used just under $200 of the money that [Germantown resident] Bill Droege donated to fix up that cemetery.”

Gertrude Clum Rockefeller’s headstone isn’t the only monument missing a death date. Shannon said in his preparations for a Saturday cemetery tour, he came across a Civil War veteran missing one, too.

Webber said the task of adding the date to a headstone is usually up to the deceased’s surviving children or relatives.

“Whenever I’m in a cemetery, and I notice that somebody had a stone where the death year was partially written but not filled in. But I know that person is now dead. I’m thinking, ‘Their family didn’t really do right by them. They didn’t. They should have taken care of this.’ And the whole town of Germantown is essentially the family that should have taken care of this for her. And now we finally have done it,” Webber said.