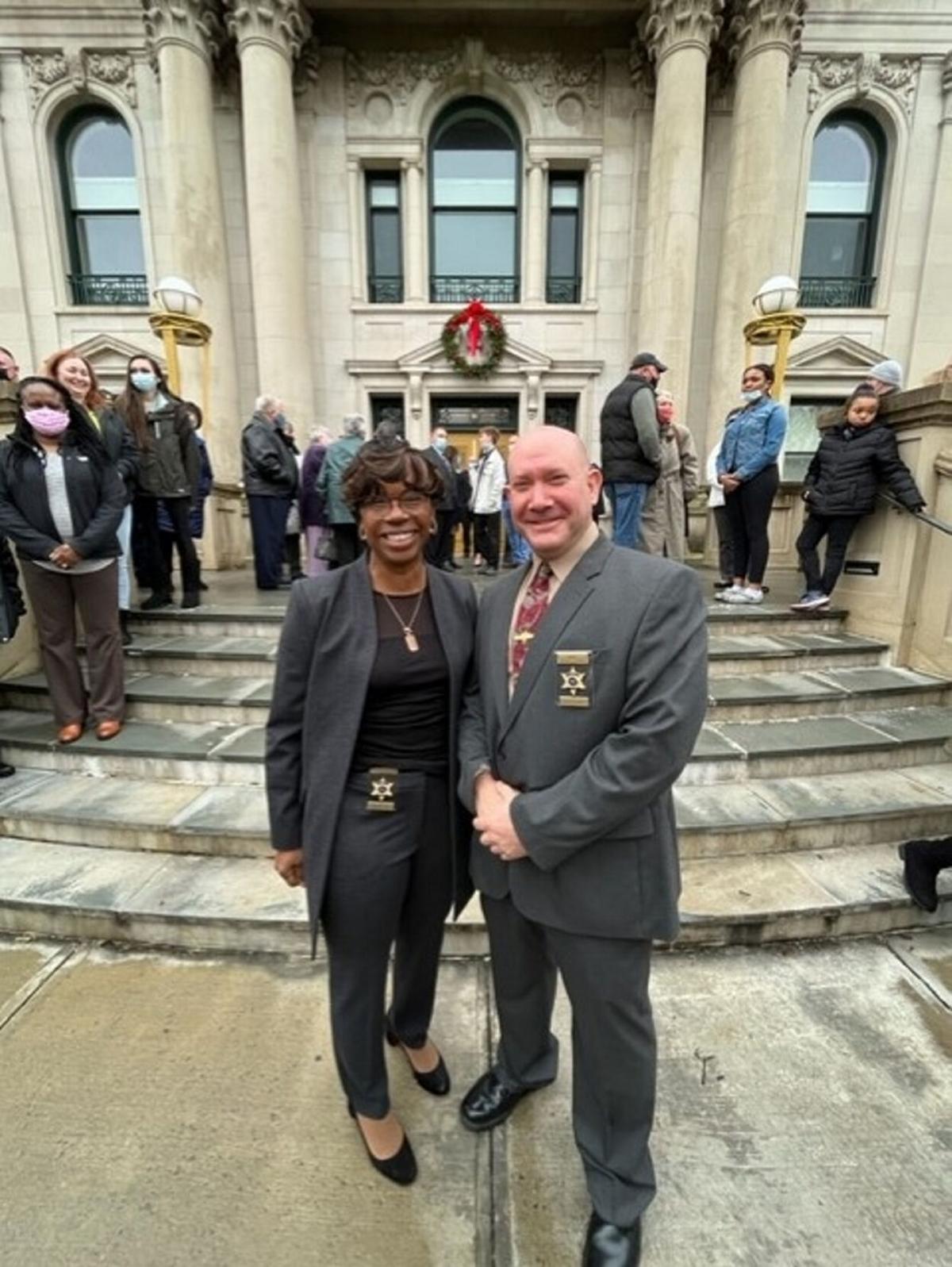 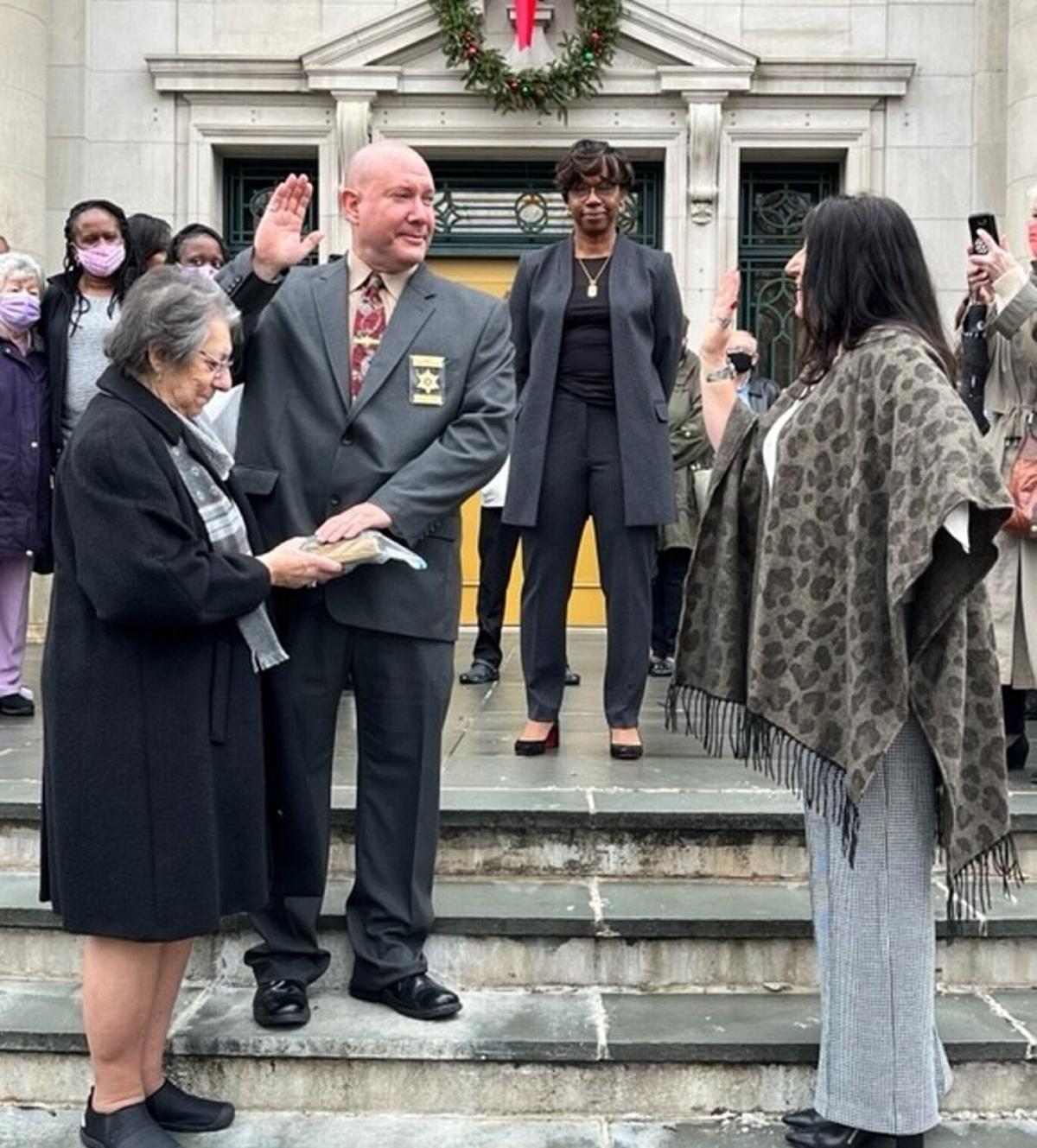 Sheriff Donald J. Krapf as he is being sworn in.

Sheriff Donald J. Krapf as he is being sworn in.

HUDSON — Columbia County has sworn in a new sheriff and undersheriff.

Columbia County Sheriff Donald L. Krapf and Undersheriff Jacqueline Salvatore took their oaths of office on the steps outside the Columbia County Courthouse on Saturday.

“I would like to extend a message of gratitude,” Krapf said in his speech. “It is an honor to serve the county of Columbia in the office of Sheriff. We look forward to working collaboratively with all county agencies and for all of the citizens of this great county. Thank you.”

Krapf thanked those in attendance for coming and thanked the voters.

“Without you this never would have happened, without the citizens of Columbia county standing up and speaking out and getting to the polls, and electing me to the office of sheriff, we would not be doing this today,” Krapf said. “My heart is filled with gratitude and happiness and love for everyone who came out and supported us, and everyone who’s here today.”

Krapf’s first official act as sheriff was to appoint Salvatore as his undersheriff.

Krapf and Salvatore were sworn in by Columbia County Clerk Holly Tanner. She said it was a pleasure to be swearing in another female in a leadership role in the county.

“I am truly humbled and honored to have been selected to serve alongside Don,” Salvatore said. “For all of you who know me, I shoot pretty straight. I wake up every day and try to do the right thing, and I will give it 110%. Thank you again for being here.”

Salvatore said it was difficult to articulate how pleased she is to be in this position.

“I’m elated to be considered, I guess a trailblazer,” Salvatore said. “I want more people, more women, more people of color to take advantage of these positions, especially in this current climate of us against them with policing. I fully intend to carry myself in such a manor that people would want to be attracted to this line of work.”

Salvatore said she intends to continue the platform of community policing, community involvement, bridging gaps and anything else she can do to make Columbia County a great place live and work in.

Krapf succeeds former Sheriff David P. Bartlett who had been the county’s top lawman since 2014. The county had not had a permanent undersheriff since last spring when in April 2021 former Undersheriff John Davi retired and was replaced by acting undersheriff Mark Dunspaugh.

In September, Bartlett announced Dunspaugh would be resuming his duties as senior investigator.