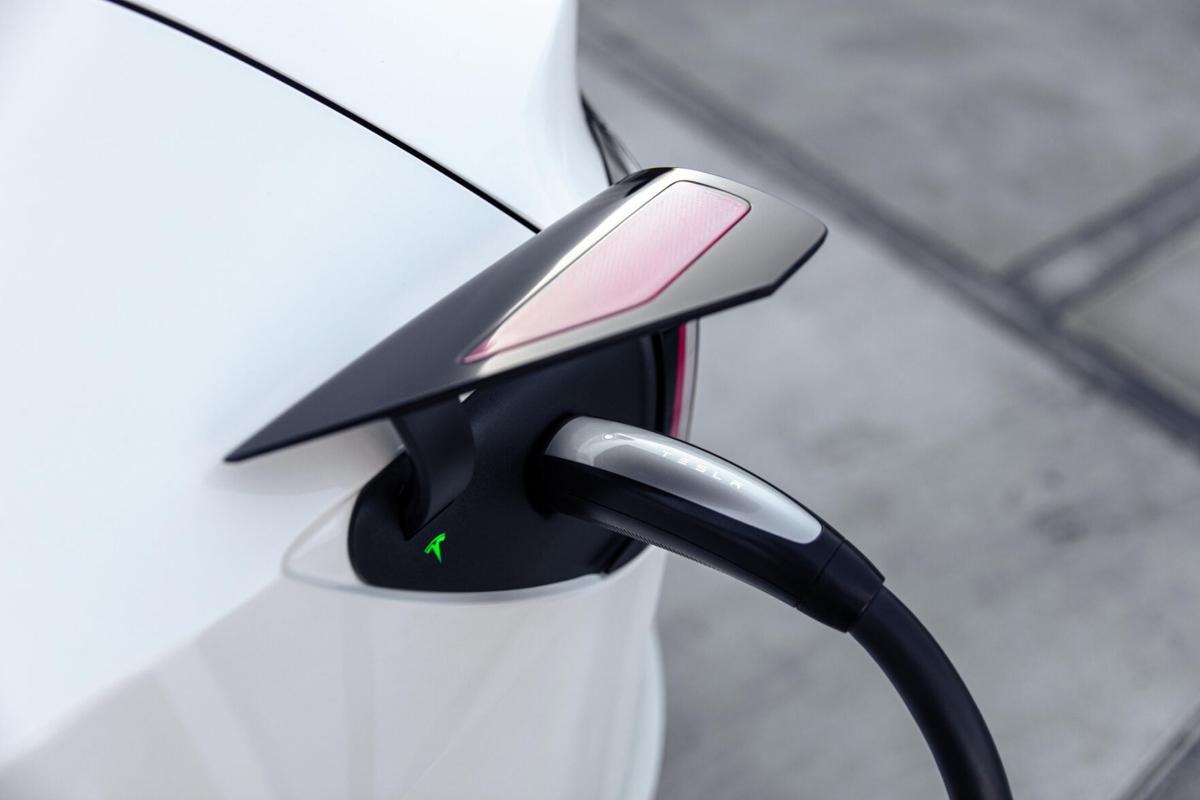 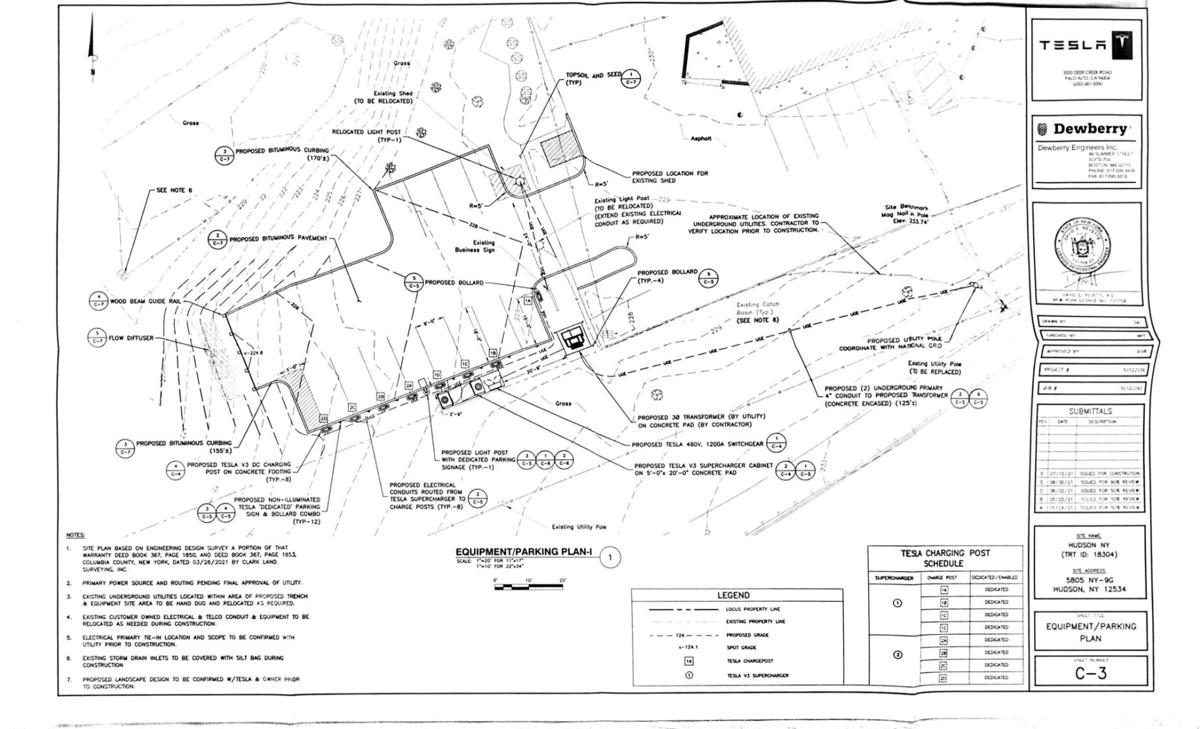 The site plan draft submitted to the Planning Board, pictured, shows the charging area adjacent to Stewart’s. The Stewart’s building is pictured on the upper right of the plan. Contributed photo

The site plan draft submitted to the Planning Board, pictured, shows the charging area adjacent to Stewart’s. The Stewart’s building is pictured on the upper right of the plan. Contributed photo

GREENPORT — The automobile maker Tesla wants to install eight electric car chargers at the Stewart’s Shops near the traffic circle in Greenport.

The chargers would be placed on a new asphalt parking lot over a grassy area adjacent to the convenience store and gas station at 5805 Route 9G.

David Revette, project manager at Dewberry Engineers, which is based in Parsippany, New Jersey, presented a proposal to the planning board on Tuesday.

Revette said the units would be Tesla “superchargers.” There are more than 25,000 superchargers in the world, according to Tesla.

Tesla cars can charge up to 200 miles in 15 minutes with the superchargers, according to the company.

The chargers only function for Tesla vehicles, Revette said. But they may open up to other electric cars in the future, he added, citing a comment Tesla Motors CEO Elon Musk recently tweeted about expanding charging networks.

The planning board scheduled a public hearing on the proposed chargers at its next meeting on Aug. 24.

There are 377 electric vehicles registered in Columbia County as of July 1, according to New York State Energy Research and Development data. There are 81 registered in the 12534 ZIP code.

Across the river in Greene County, there are 183.

The company gives establishments the opportunity to apply to host the chargers, touting the potential for the chargers to draw customers.

Tesla customers can see where the chargers are located on an app in their car, Revette said. The app shows how many people are plugged into the chargers at each location, which can avoid queuing in the parking lot.

Customers also pay for the charging through the app so there is no physical exchange of money at the machines.

Revette did not provide specific rates for the charging, saying the cost varies based on peak hours.

He did not know what the hours would be for the chargers, but said they generally match store and gas operations. Stewart’s is open from 5 a.m. to 11 p.m.

Revette told the board he does not believe Tesla is entering an exclusive relationship with Stewart’s and said other companies may also be able to apply to put chargers on the property.

There is a lot more infrastructure for charging electric vehicles in Dutchess and Ulster counties than in Columbia County, he said.

“For a long time it was actually really challenging in Hudson,” he said.

Public chargers in the municipal lot on Columbia Street have helped, he added.

But Stinchcomb, who typically charges his vehicle at home, has not come close to running out of charge before, he said.

He gets close to 300 miles before needing to recharge, and can go a full week without charging, he said.

“There is no doubt that driving and flying are really the largest levers that we can pull on an individual level in terms of reducing our own carbon footprint,” Stinchcomb said Wednesday. “I also think it’s the future. It’s where the world is going and I feel like it’s only going to get better and better and there will be more and more options and we need to make that shift right now ... This is our last chance.”

Stinchcomb also said he replaces appliances as an opportunity to get rid of fossil fuels, such as switching an oil furnace to a heat pump and gas stove to electric.