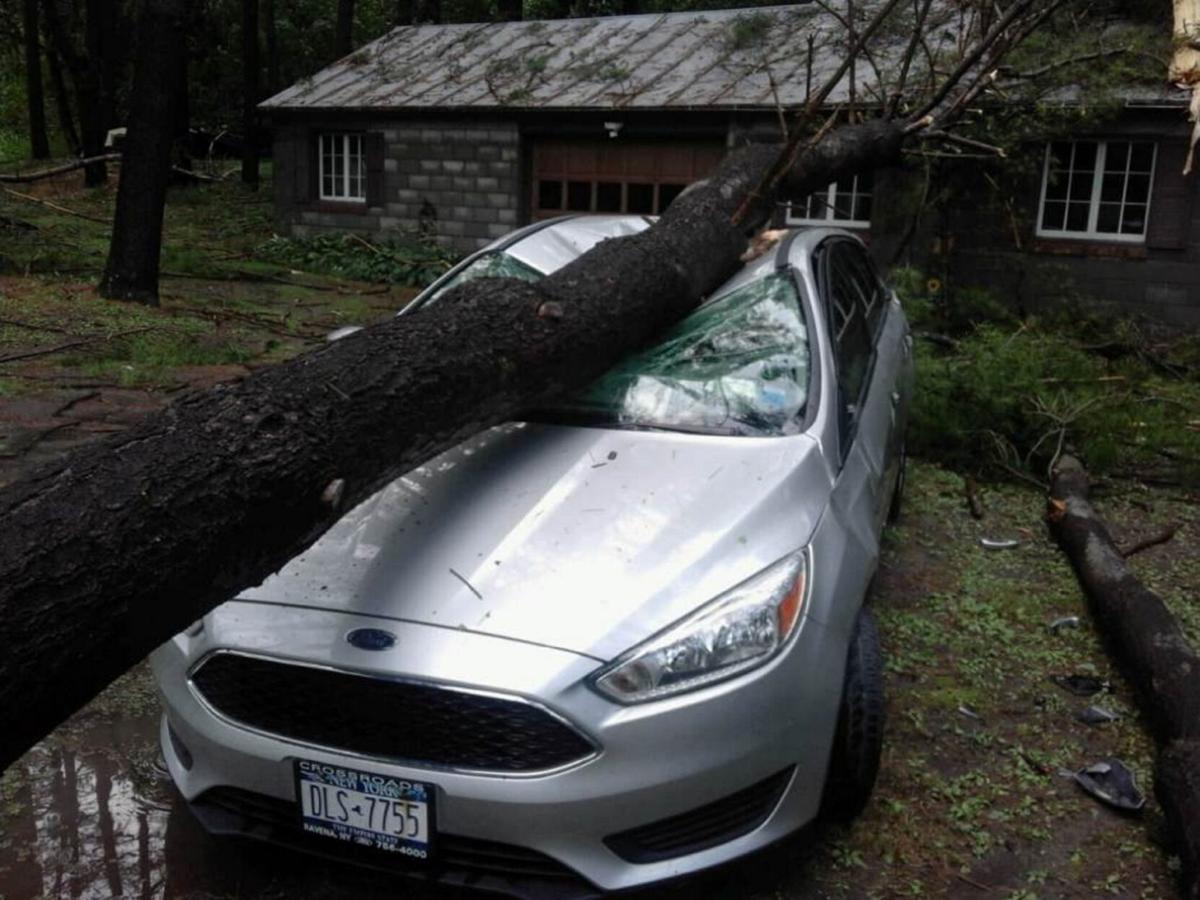 A tree landed on top of a car on Route 9J during Wednesday afternoon’s storms. Photo courtesy of Steve McGrath 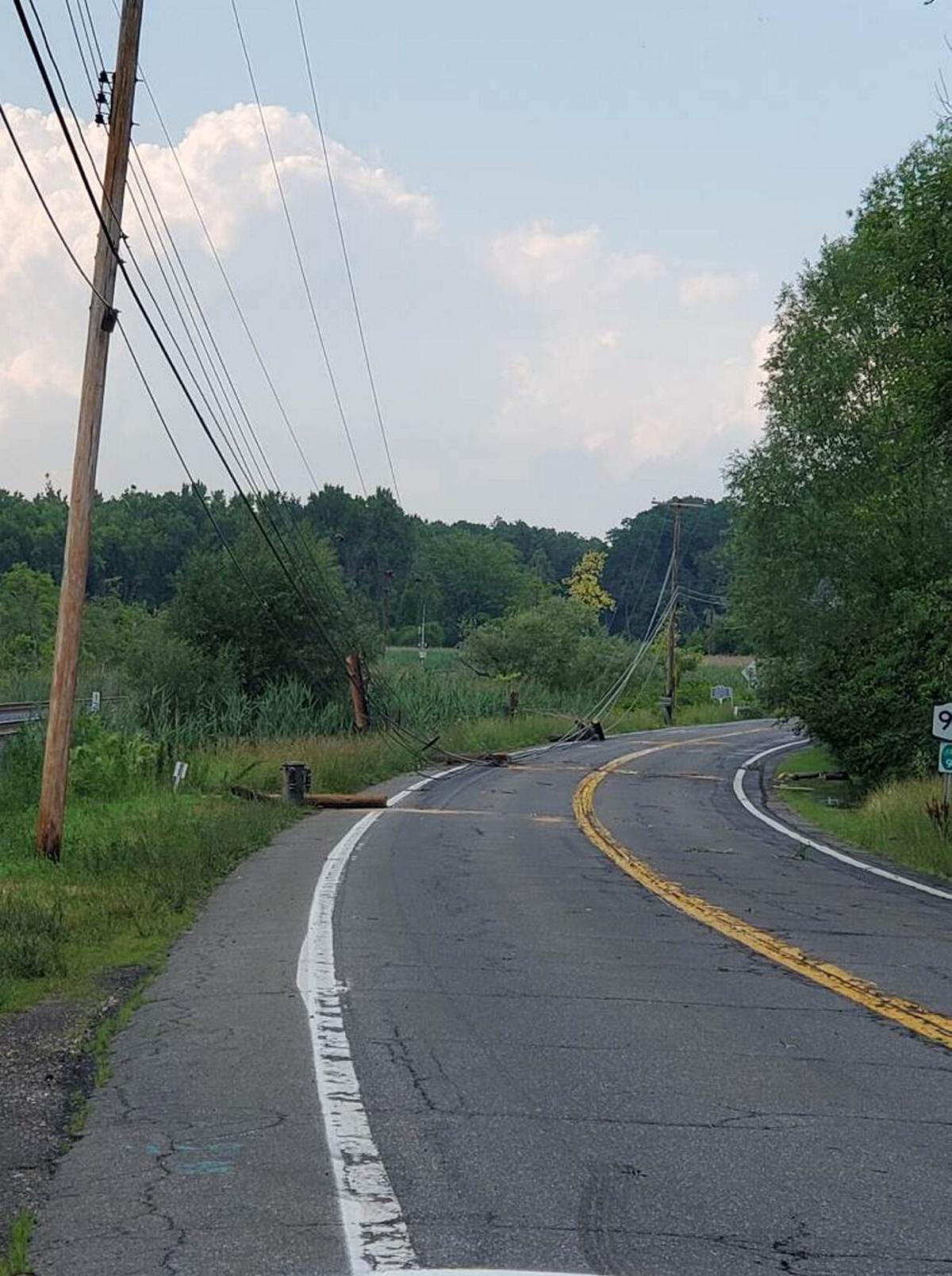 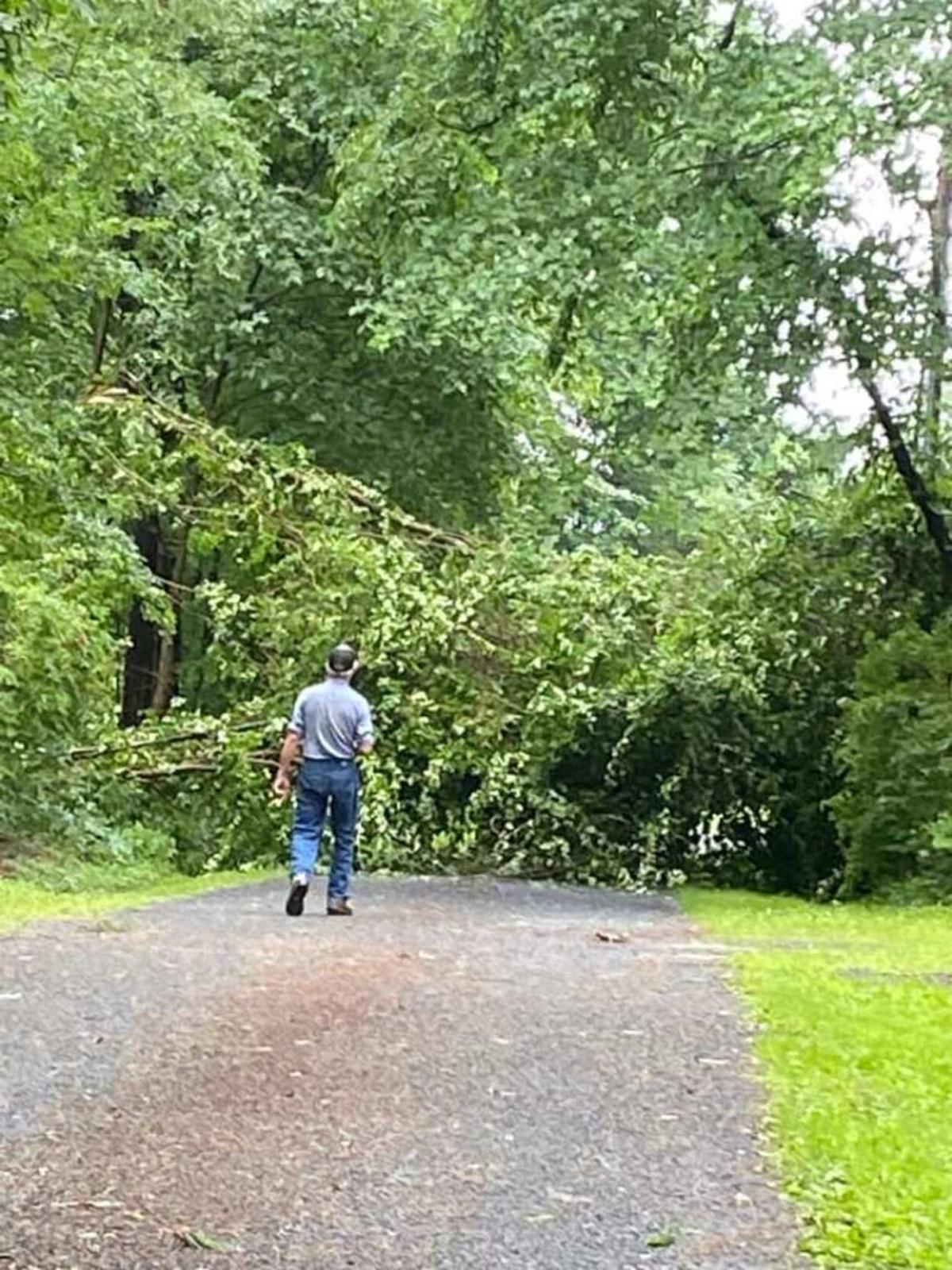 Hundreds of trees came down during Wednesday afternoon’s storms in Stuyvesant. Photo courtesy of Todd and Amanda Brooks

A tree landed on top of a car on Route 9J during Wednesday afternoon’s storms. Photo courtesy of Steve McGrath

Hundreds of trees came down during Wednesday afternoon’s storms in Stuyvesant. Photo courtesy of Todd and Amanda Brooks

STUYVESANT — It was not a tornado that caused miles of damage in Stuyvesant on Wednesday morning, Jennifer Vogt, meteorologist at National Weather Service in Albany said Thursday.

Investigators were in Stuyvesant on Thursday morning to survey the damage, and determined it was a macroburst, with straight line winds that reached 100 mph, that moved through the area, Vogt said.

Between 250 and 400 trees came down in the storm, said Stuyvesant Fire Company First Assistant Chief Stephen McGrath. “We hope to get a National Weather Service drone in the near future to survey the damage from above,” McGrath said.

The storm left a path of destruction about 2 miles long and 500 yards wide, McGrath said.

At about 3:30 p.m., drenching rains and extremely high winds moved into Columbia County after crossing the Hudson River from Coxsackie.

Route 9J and roads that intersect with 9J were the hardest hit. Areas south of county Route 26A took the brunt of it, McGrath said.

The fallen trees made it difficult for firefighters to reach certain areas that also had storm damage. Some firefighters left their vehicles and walked to make sure residents were safe. Many spots on Route 9J were impassable, McGrath said.

Four utility poles along Route 9J were snapped off by the strong winds, McGrath said.

Route 9J was closed between Day Road and county Route 26A. The road remained closed Thursday morning as the cleanup continued.

A house on Sharptown Road was struck by a fallen tree, as was a barn and vehicle on Route 9J. A man was trapped between two fallen trees on County Route 46, and was rescued by firefighters, McGrath said.

National Grid reported 763 customers without electricity following the storms. The company expected everyone would have power back by Thursday night.

Other roads that needed to be closed due to fallen trees were Sharptown Road, Ferry Road, Icehouse Road and county Route 46.

The town of Stuyvesant did not call for an emergency, but working with George Keeler and the Columbia County Fire Coordinator’s Office, town officials were able to get resources they needed from New York state to assist in the cleanup, McGrath said.

Dozens of trees also came down on the Amtrak passenger railroad tracks, which run parallel to Route 9J. Amtrak crews had those cleared, and the tracks reopened, Wednesday night.

The storm on Wednesday in Stuyvesant is the same storm that left a trail of heavy damage in Coxsackie. The village remained under a state of emergency Thursday afternoon as crews worked to remove trees from the roads, and to restore power to more than 1,500 customers who lost it during the storms.

No one even came by Rossman Road. We had a tree through our roof into the living room, flag pole ripped out of the ground, gutters ripped off. Stockport fire department never even returned our phone call and CCSO said nothing we can do. Nice.