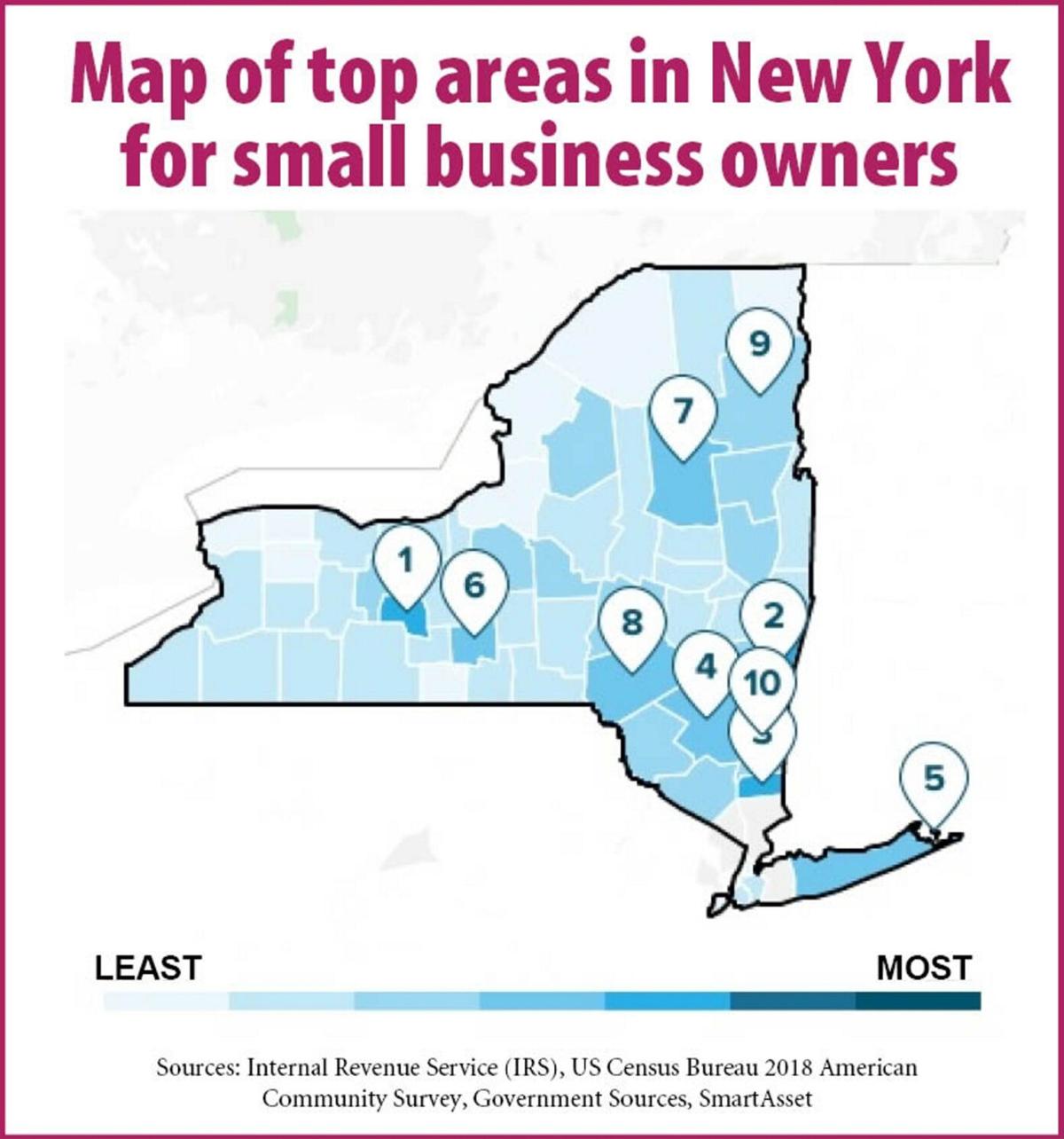 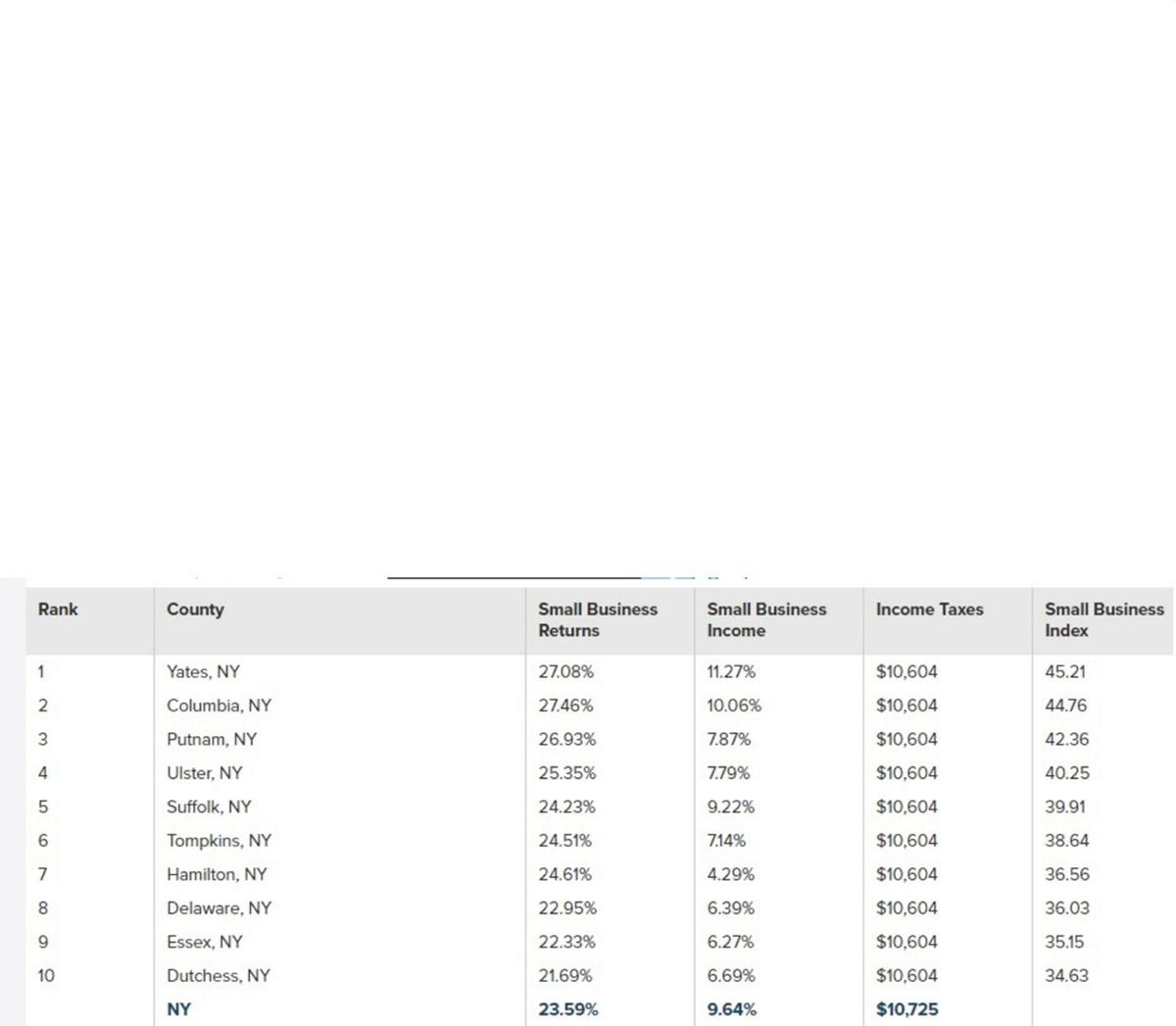 HUDSON — Columbia County has been ranked one of the top areas in New York state for small business owners.

Columbia County is among the top 10 performing counties in New York, according to the study.

The Columbia County area also has many good options for financial institutions, Gerlach said. This market provides good access to capital and loan options which are important for small businesses.

“You need that to get going, but I think why were successful here is because of the programs here,” Gerlach said. “The teaching programs, the small business programs that the chamber provides and also what the CEDC can provide.”

The SmartAsset study found Columbia County ranks second in the state in terms of its small business index, which the study defines as the overall ranking of the best places for small business owners. The first ranked county in the study was Yates County.

The study found Columbia County to have a small business index of 44.76.

When looking at small business returns, which is a ranking based on federal, social security, state and local income tax, the study found Columbia County to be first in the state with a small business return amount of 27.46%. The average amount in New York state is 23.59%, according to the study.

The study also looked at small business income, which is the total reported businesses and partnerships and corporations income as a percentage of all reported income. In this category, Columbia County came in third in the state with a small business income amount of 10.06%. The average amount in this category in the state was 9.64%, according to the study.

“We do not have a BMW plant or an Amazon facility, or in the old days, IBM was very prevalent in the Hudson Valley, there was General Electric in Schenectady, we do not have that core concentration corporate world that let’s say 35 or 40,000 people go to work to every single day,” Gerlach said. “Here in Columbia County we have smaller employers, we have smaller manufacturers.”

Columbia County does not have 14,500 companies when it comes to mass employment, Gerlach said.

“What you’re finding is that business owners cater to serve their own niche,” Tucker said. “Whether it be manufacturing of component parts, assembling a product using parts from others, providing health care or professional services or providing consumer goods and services. That enable people to meet the needs of the community.”

Smaller businesses have a limited capacity to serve needs, Tucker said, but they are able to provide a much better service because of their size.

“When you look at the fact that were a county of roughly 60,000 people there’s so many niche needs in terms of what the people who live here need,” Tucker said. “And there’s so many niches that manufacturers ad agricultural businesses can fill then you ultimately are creating almost an orchestra of businesses based on needs and therefore as long as businesses are nimble and react to supply and demand they can be more successful than perhaps very large businesses with large overhead aren’t able to react to market conditions as quickly.”

Nationally, Columbia County ranked 1,769th overall. The number one place in the nation for small business owners was determined by the study to be the Petersburg Census Area in Alaska with a small business index number of 100.