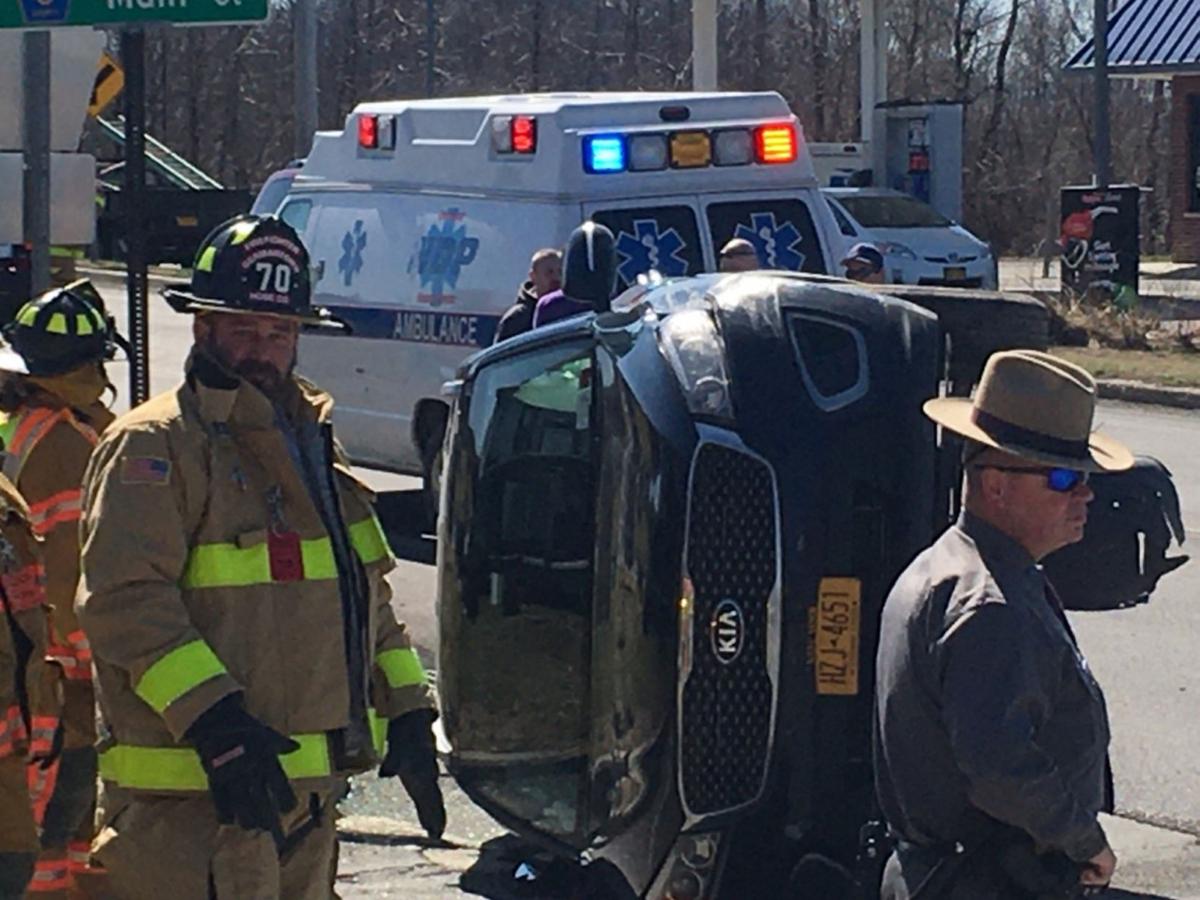 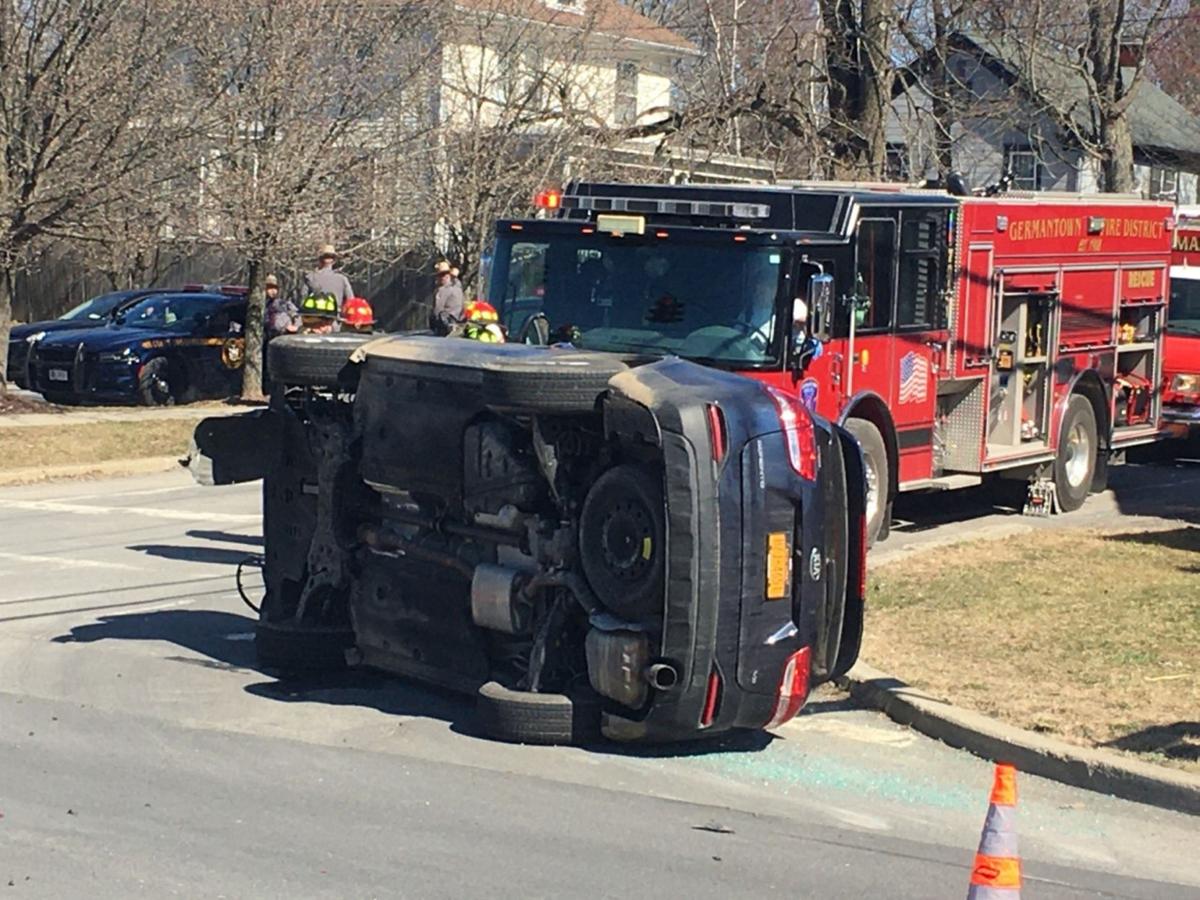 An accident in Germantown causes one car to roll over. Bill Williams/Columbia-Greene Media

An accident in Germantown causes one car to roll over. Bill Williams/Columbia-Greene Media

GERMANTOWN — A two-car accident resulted in a rollover Friday afternoon in Germantown.

The accident occurred on Main Street around 2:20 p.m., according to state police at the scene.

The two drivers, a man and a woman, were not injured, but were examined by Northern Dutchess Paramedics.

Traffic on Route 9G was reduced to one lane of alternative traffic until the accident was cleared.