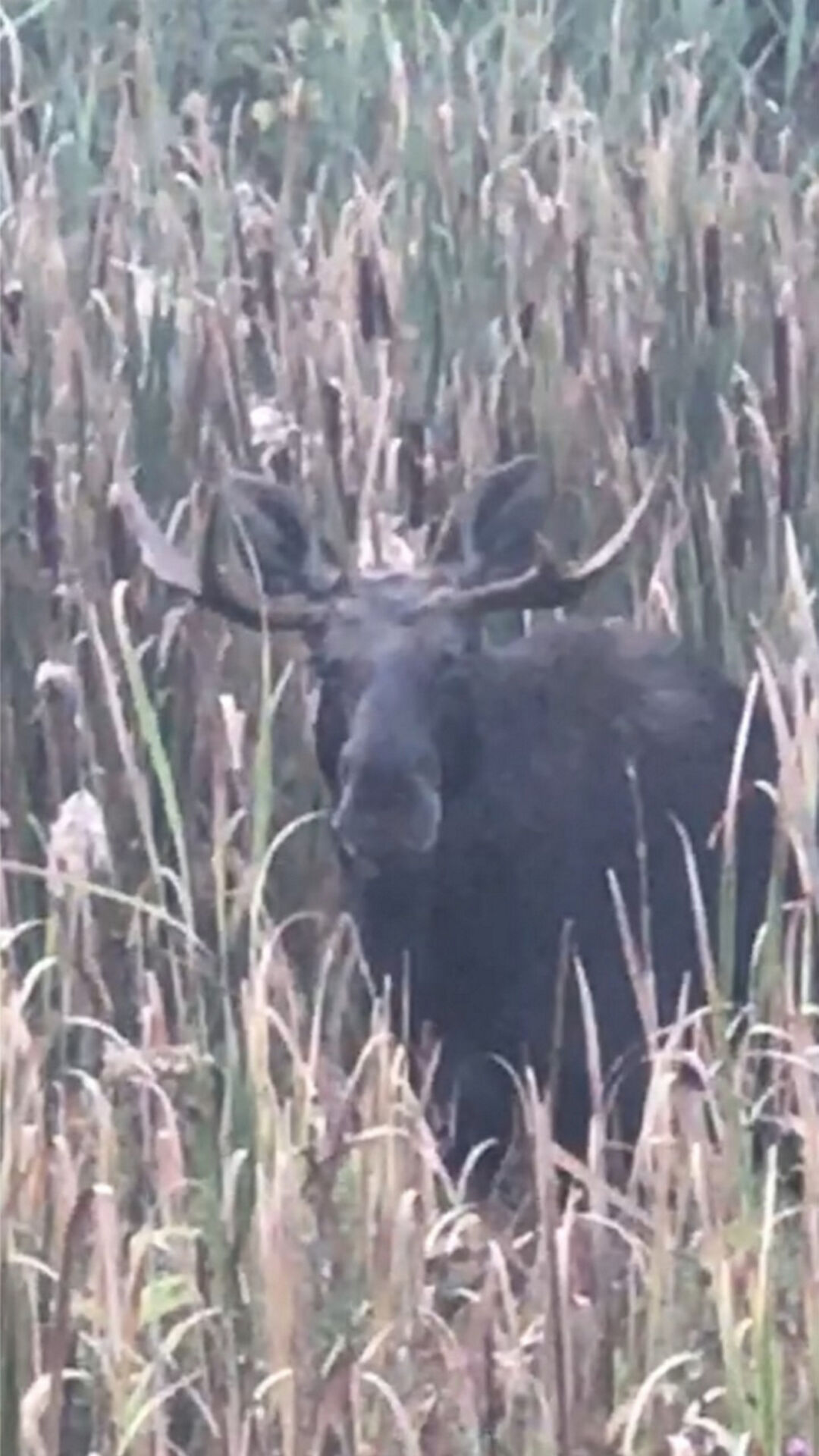 A moose was sighted in West Copake in September 2017. 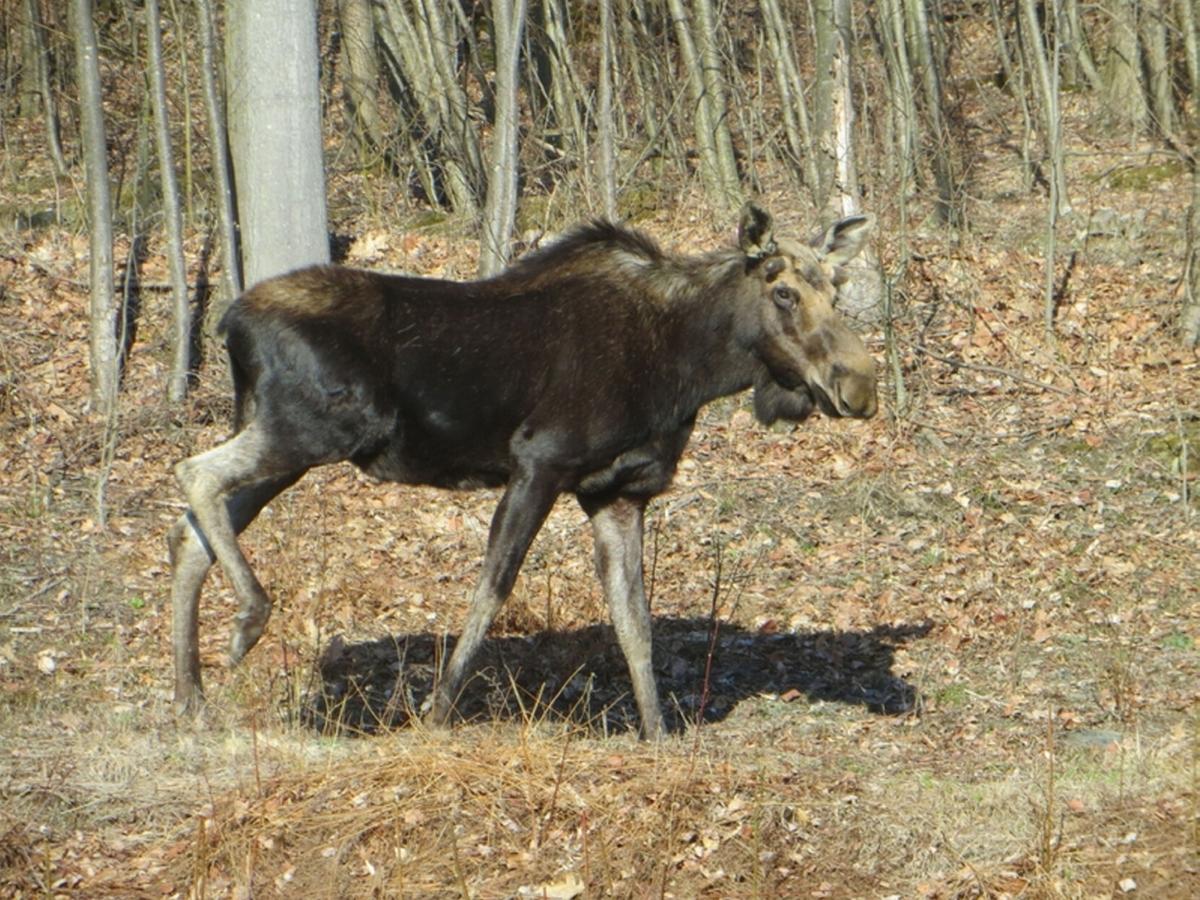 A moose spotted by a resident of Columbia County in April 2013.

A moose was sighted in West Copake in September 2017.

A moose spotted by a resident of Columbia County in April 2013.

A Hillsdale resident reported on Facebook that a large moose ran in front of her vehicle Sunday near the Stewart’s Shop on Route 22.

According to the state Department of Environmental Conservation, moose are especially active between the months of October and December.

Columbia County Sheriff’s Office spokesman Lt. John Rivero said the office did not receive a call about a moose in Hillsdale over the weekend. He said calls are usually made when a moose is hit by a vehicle or is being a nuisance.

Rivero said the last time the office got a call for a moose was likely when one jaunted through Hudson from Stockport to Germantown in 2018. Hudson police followed the moose on Worth Avenue and it was eventually escorted out of town.

A moose was also spotted in Copake in September 2017.

Bob Mathews, owner of Depot Deli at 64 Miles Road in Copake Falls, was riding to his business with his co-worker at 8 a.m. when they spotted a moose along Waldorf Ridge Road.

Mathews said while he’s seen a moose before, he’s never seen one in Copake.

“Every day I drive by that marshy area, and every day I say that the area looks like Canada,” Mathews said. “When I looked there this morning, I said, ‘There’s a moose in there!’”

“It’s terrific,” he said. “After all, they were here first.”

“Moose are most active at dawn and dusk and especially difficult to see at night because of their dark brown to black coloring and their height, which puts their heads and bulk of their bodies above vehicle headlights. I encourage drivers on New York’s roads to use extreme caution when driving during these time periods to avoid collisions with moose and deer and reduce their speed, stay alert, and watch the roadsides,” DEC Commissioner Basil Seggos said in a release from the DEC and Department of Motor Vehicles.

According to the release, early fall is the breeding season for moose in northern New York, causing moose to wander in search of mates and leading them to areas where they aer not typically seen.

“While this improves the opportunities for people to enjoy moose sightings, it also increases the danger of colliding with one on the roadway,” according to the release.

Drivers who encounter a moose in the road should brake firmly, but not swerve, as swerving could lead to hitting other cars, trees or utility poles, the release states.

If a driver does hit a deer or moose, the DEC advises to stay away from the animal because an injured or frightened animal can “use its powerful legs and sharp hooves to harm you,” according to the release. Police should be called.

According to the DEC, in New York, moose are most commonly seen in the northeastern part of the state in the Adirondack Mountains and the Taconic Highlands along the Massachusetts and Vermont borders.

“DEC biologists estimated that there were about 400 moose in the Adirondack Region as of 2016, though moose are also periodically seen in eastern Washington, Rensselaer and Columbia counties,” according to the DEC.

Moose continuosly entered the state beginning in the 1980s after they were largely expiated since the late 1800s, according to research by the DEC. Many have migrated from Maine, which has about 76,000 moose in the state, according to the Maine Department of Inland Fisheries & Wildlife.

The moose is the largest land mammal in the state, with male bulls weighing from 600-1,200 pounds and standing up to 6 feet tall at the shoulder and their antlers growing more than 5 feet wide. Female cows weigh between 500-800 pounds, according to the DEC.