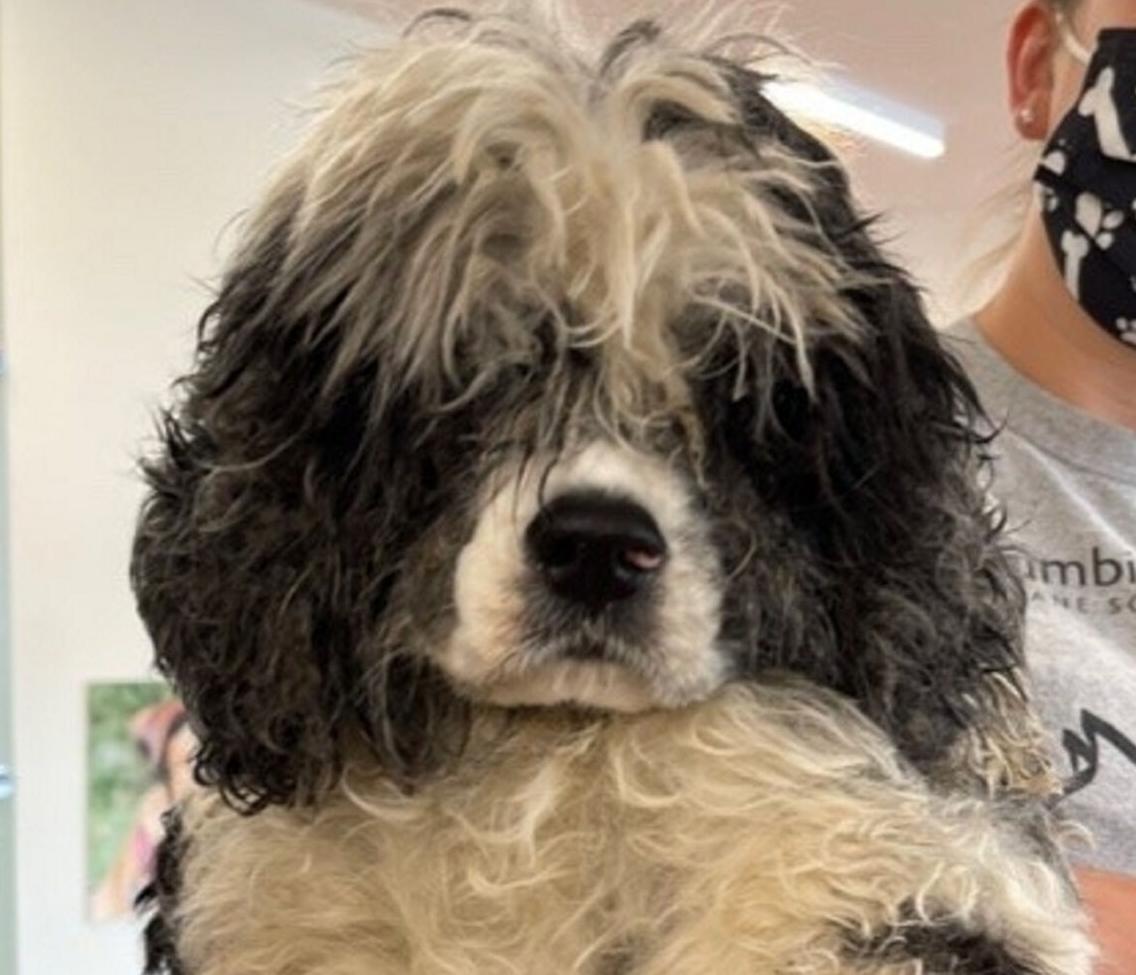 Oreo was found abandoned in Kinderhook. This is how she looked after she was brought to the Columbia-Greene Humane Society. Contributed photo 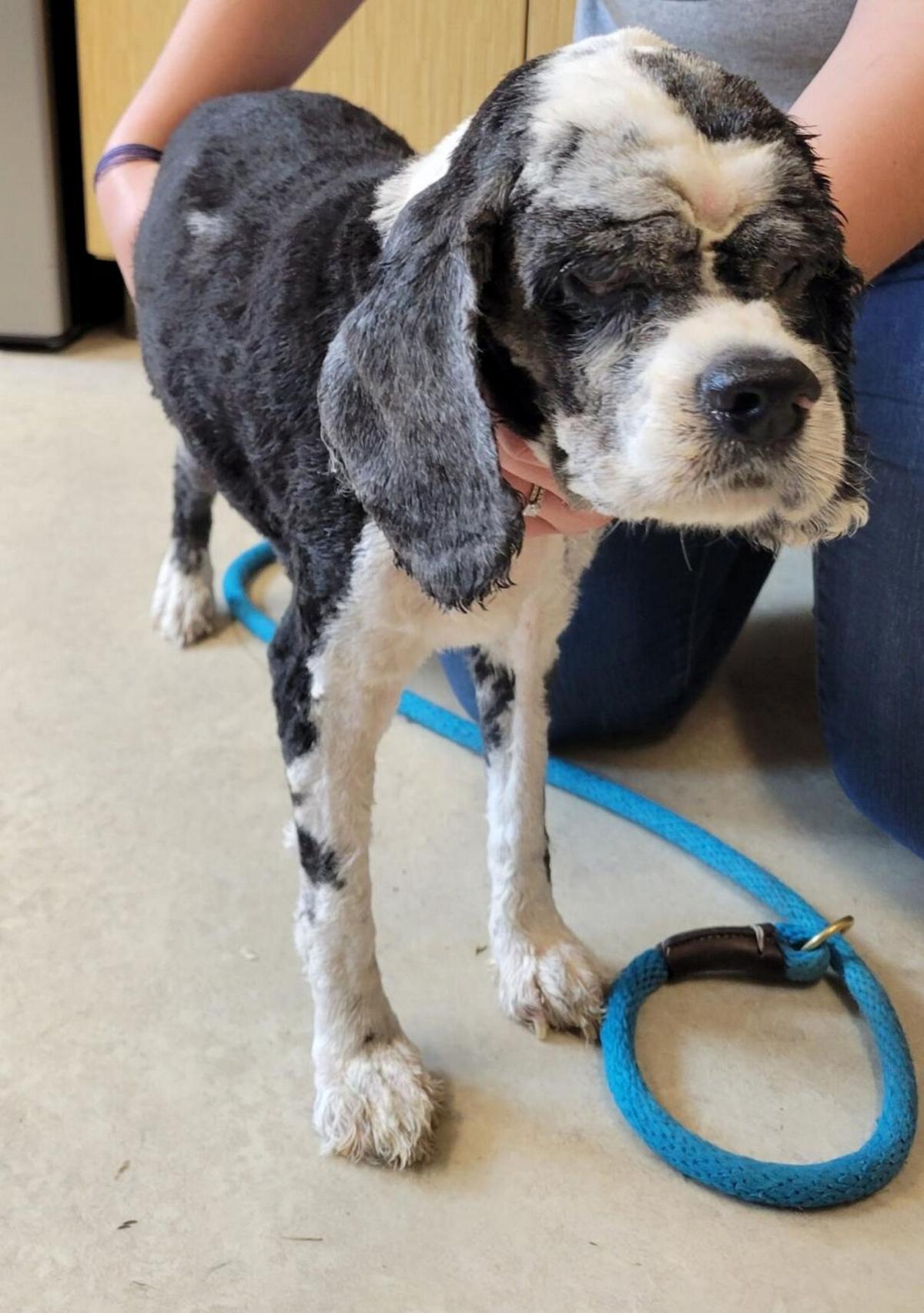 Oreo was found abandoned in Kinderhook. This is how she looked after she was shaved and treated at the Columbia-Greene Humane Society. She is now available for adoption. Contributed photo

Oreo was found abandoned in Kinderhook. This is how she looked after she was brought to the Columbia-Greene Humane Society. Contributed photo

Oreo was found abandoned in Kinderhook. This is how she looked after she was shaved and treated at the Columbia-Greene Humane Society. She is now available for adoption. Contributed photo

KINDERHOOK — An Albany County man was accused of mistreating and abandoning an elderly Cocker Spaniel that is both blind and deaf in Kinderhook, said Ron Perez, president and CEO of the Columbia-Greene Humane Society.

Michael A. McMahon, 69, of Colonie, was charged with failure to provide proper sustenance, a class A misdemeanor, and abandonment of animals, a class U misdemeanor, according to state police.

The Spaniel, named Oreo, is recovering at the shelter after she was brought there on June 6 by Kinderhook Town Animal Control Officer Dianne Ryan, Perez said.

Oreo is 13 years old and weighs 14 pounds. She is blind and has acute hearing loss. When she was brought to the shelter, she had an ear infection and had mats all over her body, which needed to be shaved off.

“The procedure can be painful for the dog,” Perez said.

There is a witness to the alleged incident, which took place in the parking lot of Ocean State Job Lots on Route 9, Ryan said. A man was sitting in his car and saw another car pull in. The driver got out of the car and tied the dog to a tree. He then got back in the car and left, Ryan said.

“Oreo was very happy to get in my car,” Ryan said. “I can’t believe someone would do this to such a wonderful dog.”

The dog was left with a bowl of water and was crying, Perez said.

“I can’t imagine how terrifying this was for the dog, with no sight or hearing,” Perez said.

The man wrote down the car’s license plate number and then notified state police, who arrived at the store to speak with the man. Police also contacted Ryan to come get the dog.

An investigation into the case lasted 12 days, with McMahon arrested by state police on the charges June 18. McMahon was given appearance tickets for Kinderhook Town Court. He is scheduled to appear July 13, state police said.

If convicted, McMahon could face up to 1 year in jail and a fine of $1,000. He could also be prohibited from owning any other pets, Perez said.

Oreo is up for adoption at the shelter. She is a special needs dog.

“We’re looking at homes with very few people, and residents who are home most of the time, possibly senior citizens,” Perez said.

She is listed on the Columbia-Greene Humane Society website at https://cghs.org.

The shelter charges a fee for surrendering pets, but if someone does not have the money, due to financial reasons, the shelter will still take the pet anyway.

“Just abandoning a pet in a parking lot is not the answer,” Perez said.

“Maybe this is for the better,” Ryan said. Hopefully, this dog will now have an owner who loves it during its senior years,” Ryan said.

We ALL know this poor excuse of a human being will NOT go to prison for a year. There is NO good reason for treating a defenseless pet like this. A proper punishment is to tie HIM to a tree.....blindfolded so he can not see.............ear plugs so he can not hear. Let's see how he likes it.