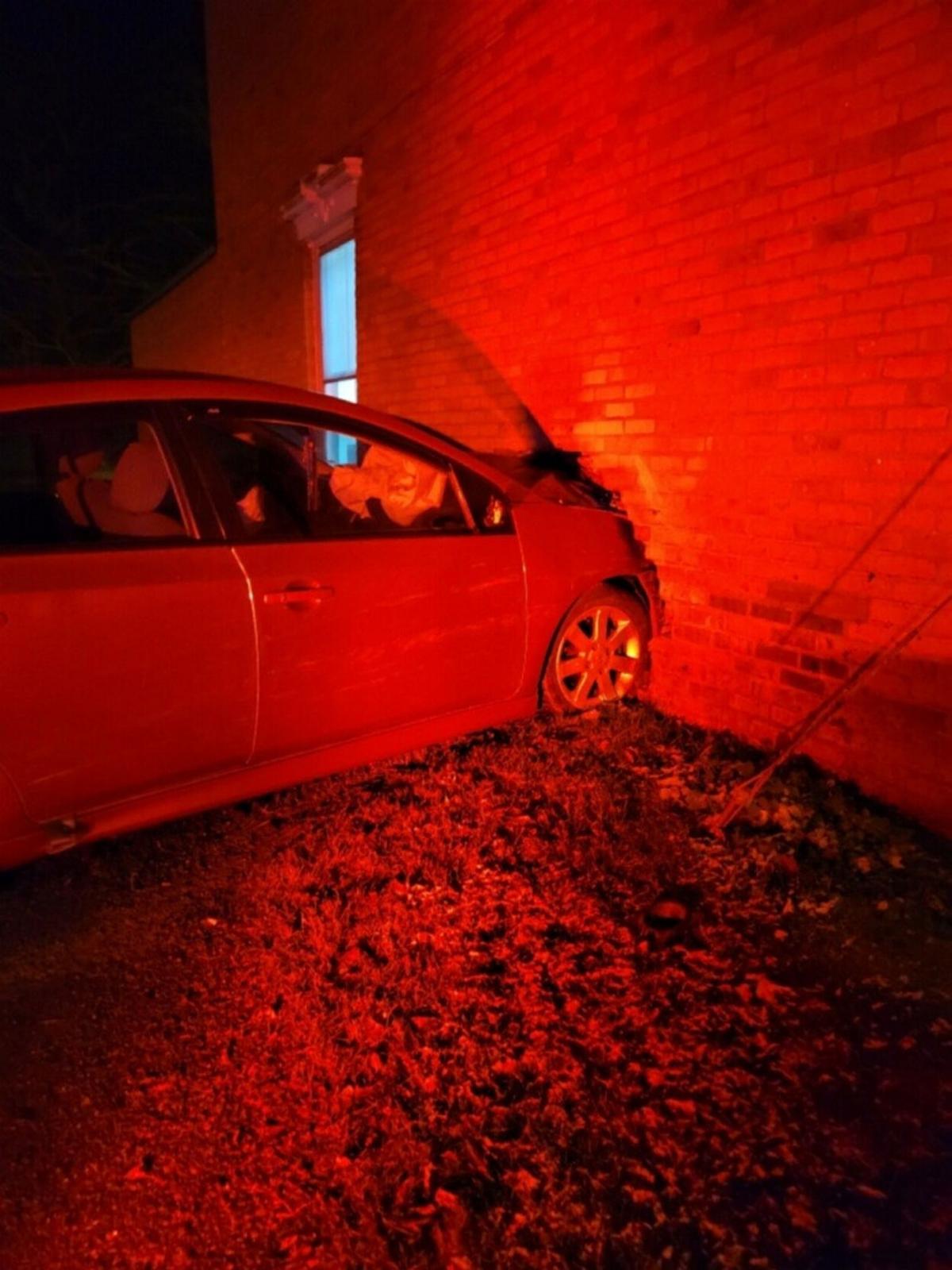 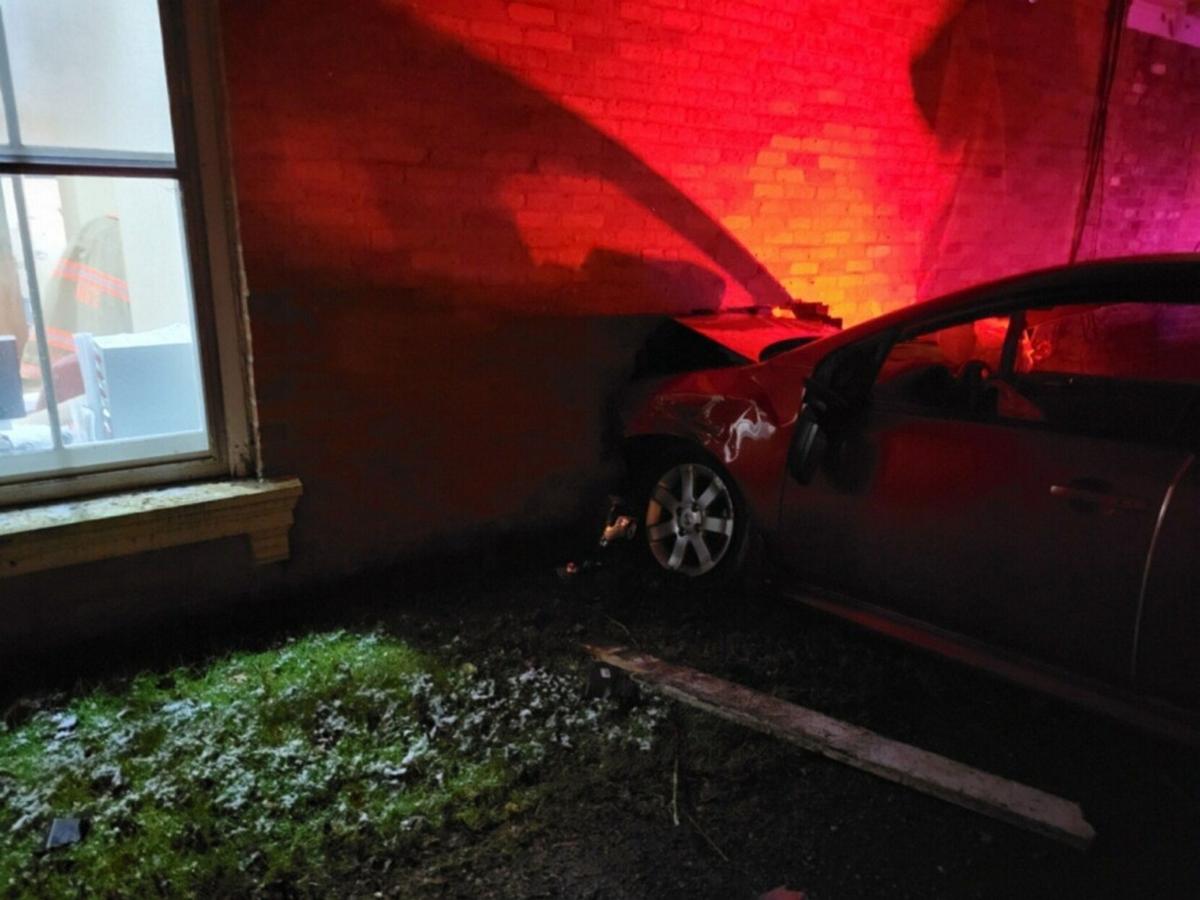 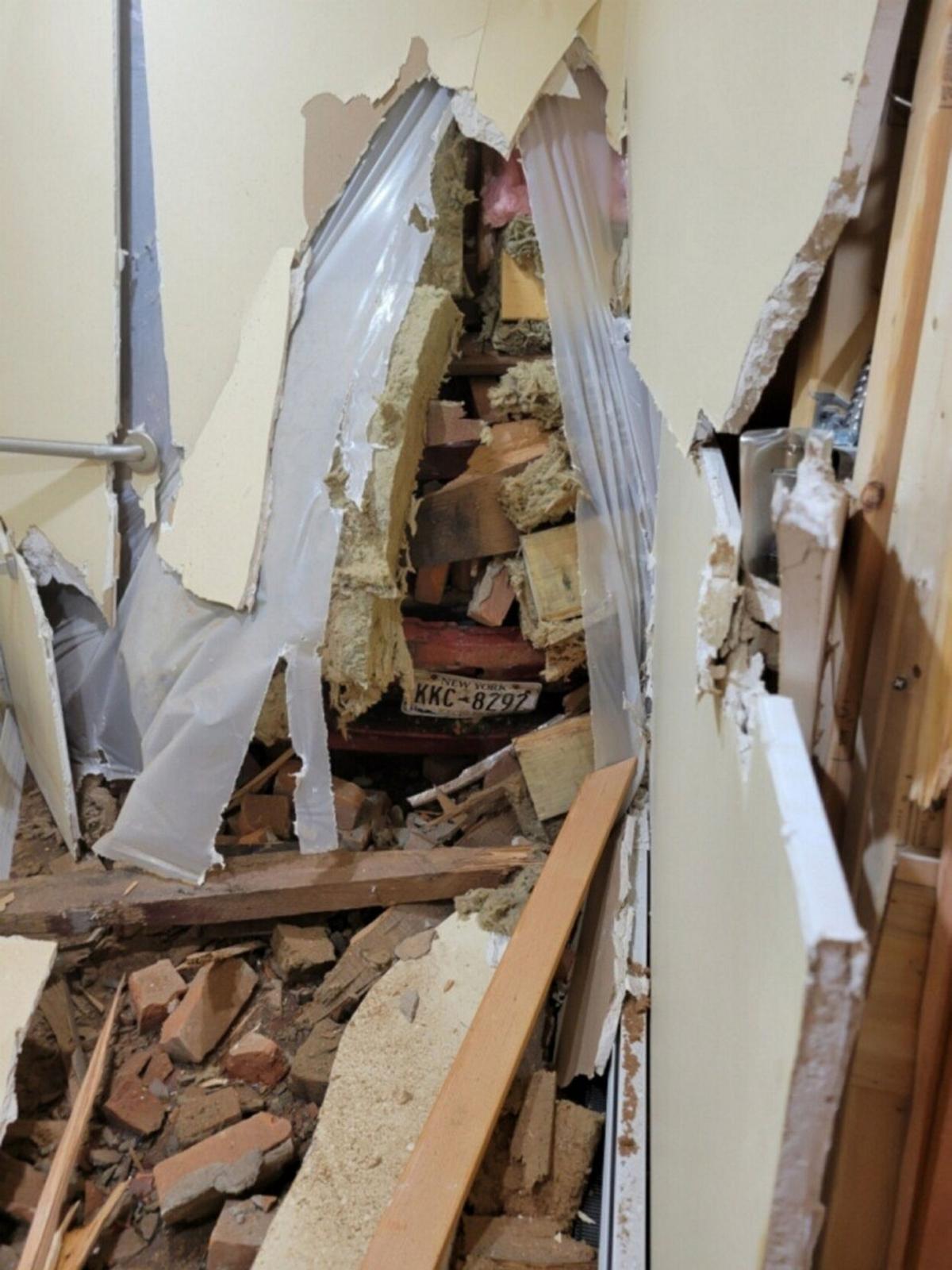 A bathroom at Kinderhook Village Hall had extensive damage, after a car crashed through a wall on Friday night. 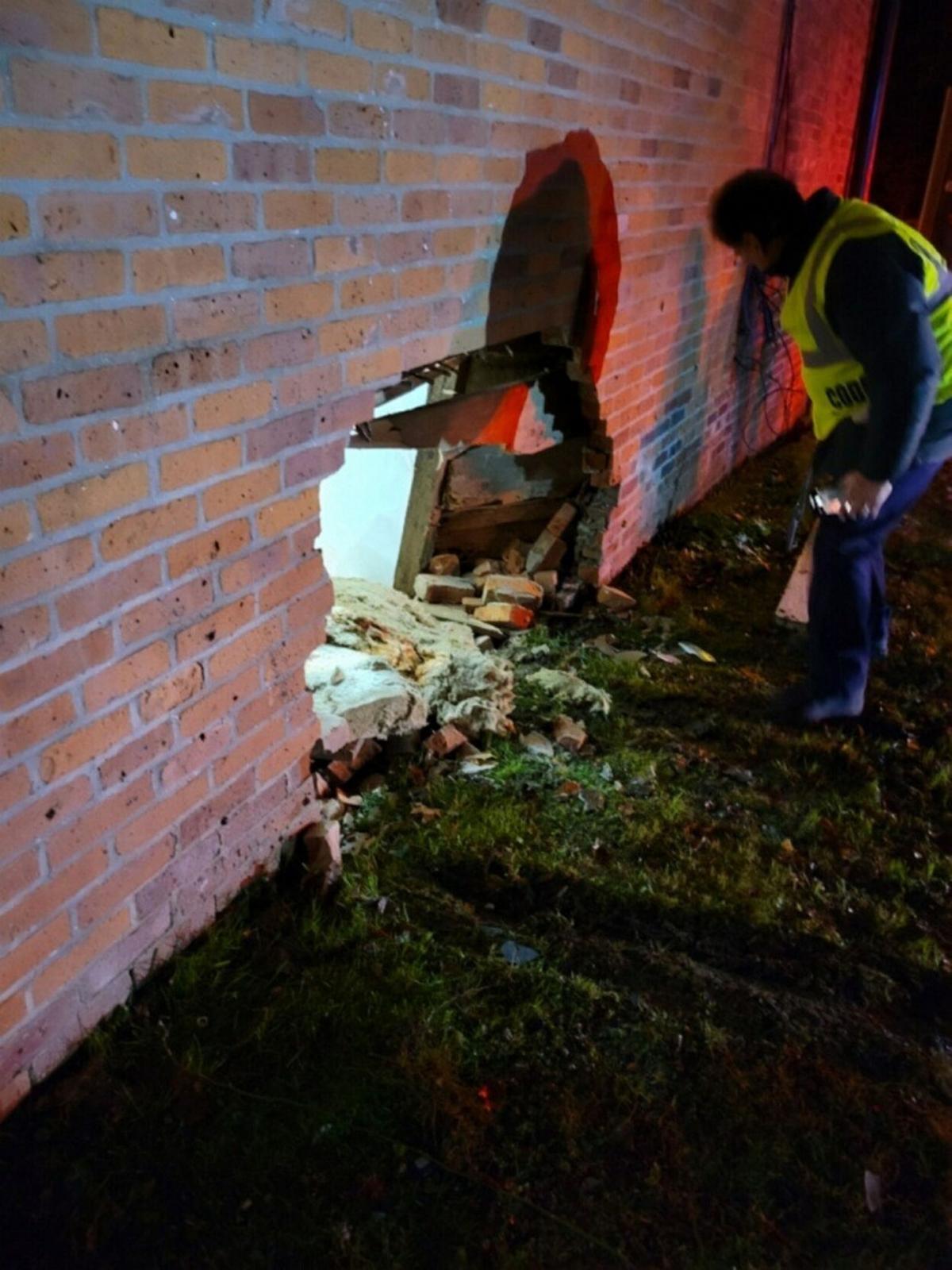 A 2010 Nissan Sentra left a large hole, after it crashed into Kinderhook Village Hall on Friday night. 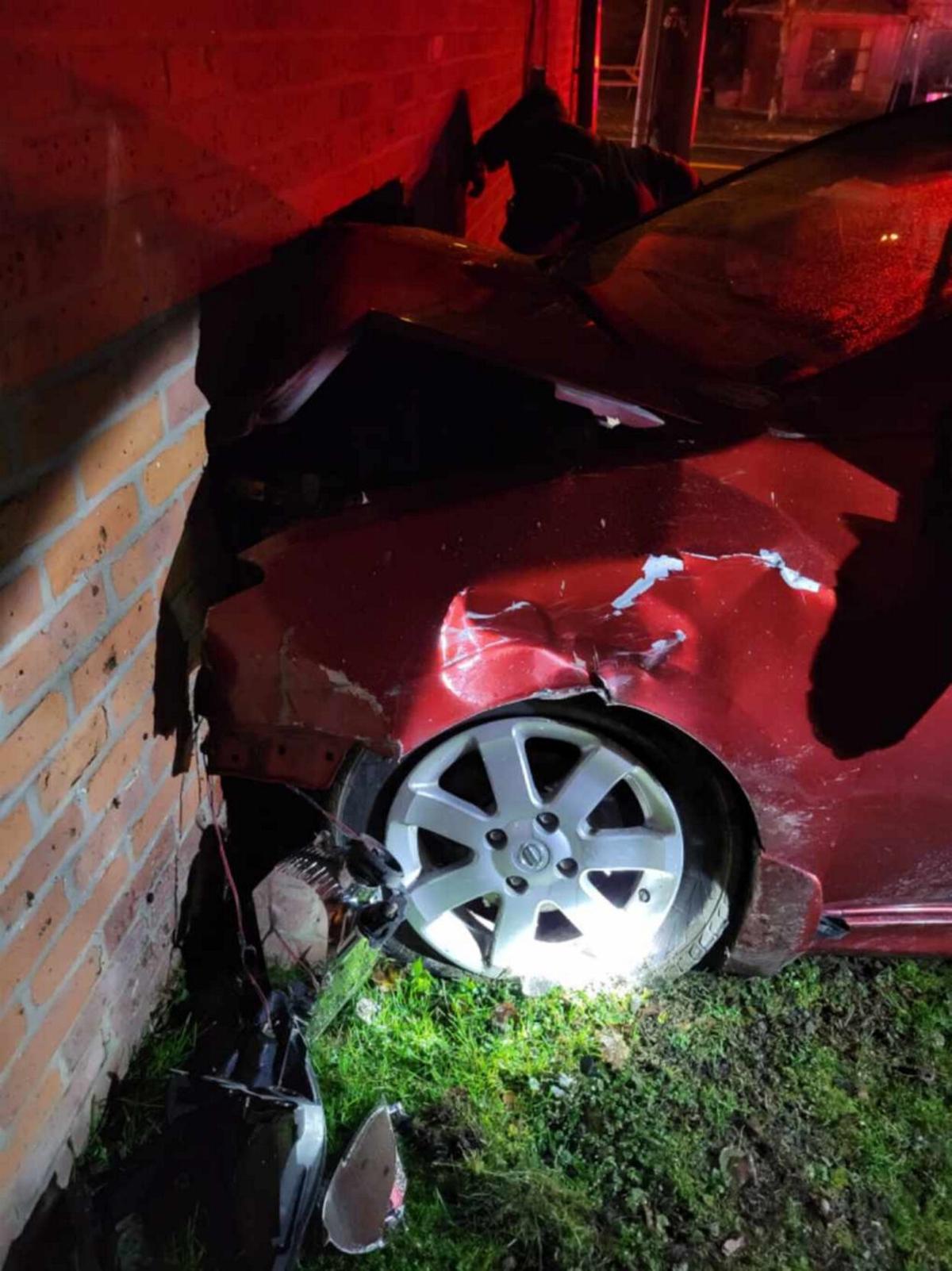 A 2010 Nissan Sentra was towed from the scene, after it crashed into Kinderhook Village Hall on Friday night.

A bathroom at Kinderhook Village Hall had extensive damage, after a car crashed through a wall on Friday night.

A 2010 Nissan Sentra left a large hole, after it crashed into Kinderhook Village Hall on Friday night.

A 2010 Nissan Sentra was towed from the scene, after it crashed into Kinderhook Village Hall on Friday night.

State police have offices in the building.

Rushbel U. Cash, 28, of Hudson was charged by state police with driving while intoxicated and operating a motor vehicle with blood-alcohol levels above .08%, both class U misdemeanors. Cash was also issued several tickets related to vehicle and traffic charges, Hicks said.

Following his arrest he was given appearance tickets for court and was released to a third party, Hicks said.

No injuries reported in the crash.

At about 10:39 p.m., Columbia County 911 sent five fire companies to the scene, at 6 Chatham St., after it was reported that a car had crashed into the building. The report also stated there was smoke in the building, and a water problem.

The area of the building that Cash’s Nissan Sentra struck was the bathroom, Hicks said.

Kinderhook firefighters arrived on the scene, and after assessing the situation, canceled the mutual-aid response from the other four companies.

Valatie Rescue Squad evaluated Cash at the scene, but he refused medical treatment.

Cash was driving south on Route 9, when he crossed over into the northbound lane, Hicks said. He then went up on the sidewalk, hitting a parked vehicle, a sign, a fence and the north wall of the village hall, where his car came to rest.

The Kinderhook village building inspector was requested to the scene.

Once the car was towed away, official were able to get a better look at the damage. A large hole in the outside brick wall was temporarily covered with a large sheet of plywood until permanent repairs can be made. There was considerable damage inside the building as well. The bathroom that was damaged is located in the area of village court.

Fire companies that were initially sent to the scene, but were cancelled prior to arrival, included: Valatie, Niverville, Chatham, and Claverack.

All firefighters were back in service at 12:23 a.m.