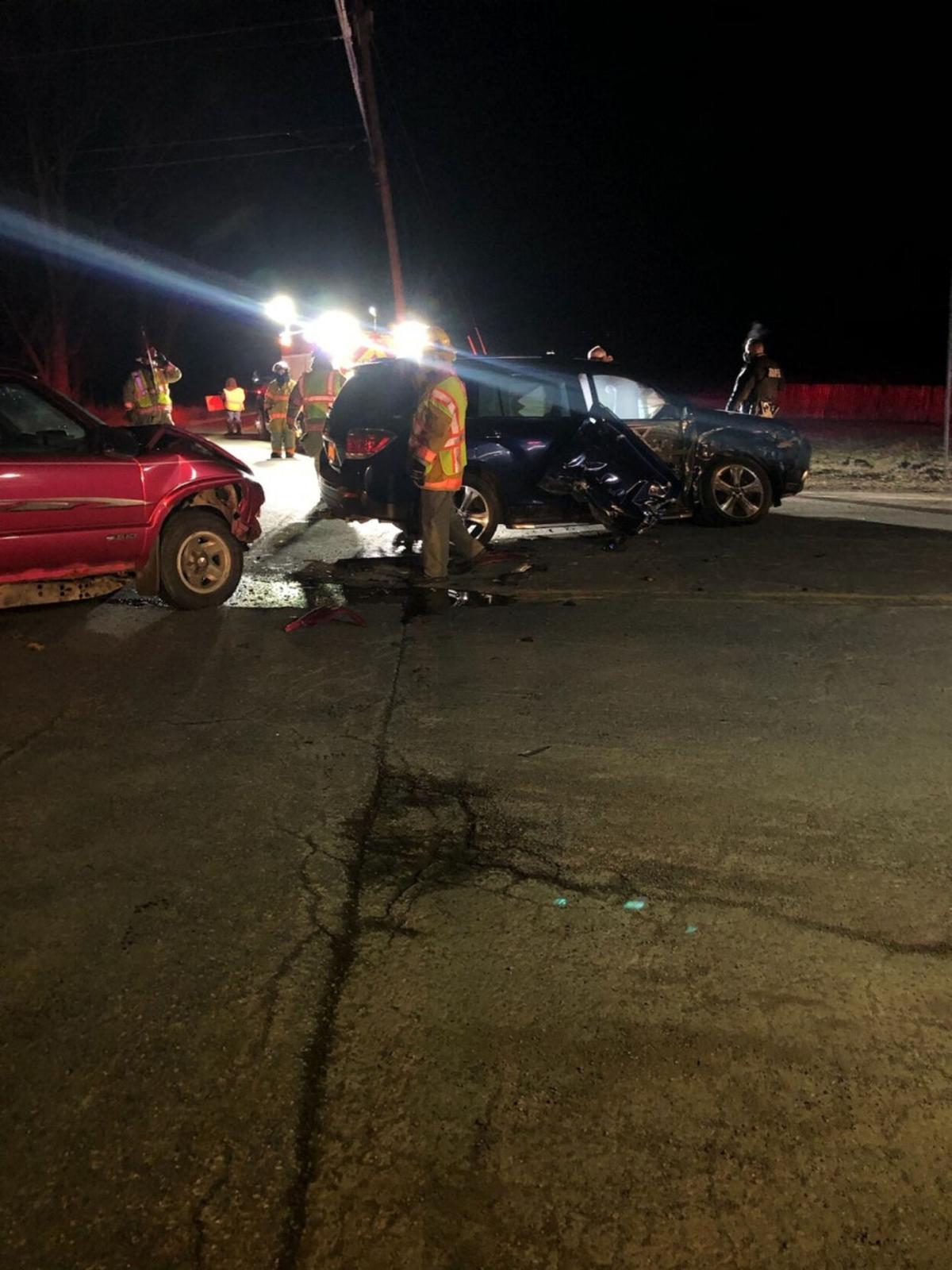 Two people were injured Tuesday after a car and pickup collided in Austerlitz. Courtesy of Austerlitz Fire Company

Traffic was directed around an accident Tuesday in Austerlitz. The crash was on Route 203. Courtesy of Austerlitz Fire Company

Two people were injured Tuesday after a car and pickup collided in Austerlitz. Courtesy of Austerlitz Fire Company

Traffic was directed around an accident Tuesday in Austerlitz. The crash was on Route 203. Courtesy of Austerlitz Fire Company

Laura Brightly, 39, was given appearance tickets by state police at the accident scene. She was not injured in the crash, Hicks said.

Both unidentified occupants of the other vehicle were taken to Columbia Memorial Health by Chatham Rescue Squad with non-life-threatening injuries, Hicks said.

At about 8:12 p.m., Austerlitz Fire Company and Chatham Rescue were sent by Columbia County 911 to the intersection of Route 203 and Route 9, after receiving reports of the crash.

Brightly was driving a pickup west on Route 203, when a car pulled out of Route 9 into her path. Both vehicles came to rest in the road, Hicks said.

Route 203 was down to one lane of alternating traffic until the accident was cleared.

Both vehicles were towed from the scene. Firefighters were back in service at 9:12 p.m.