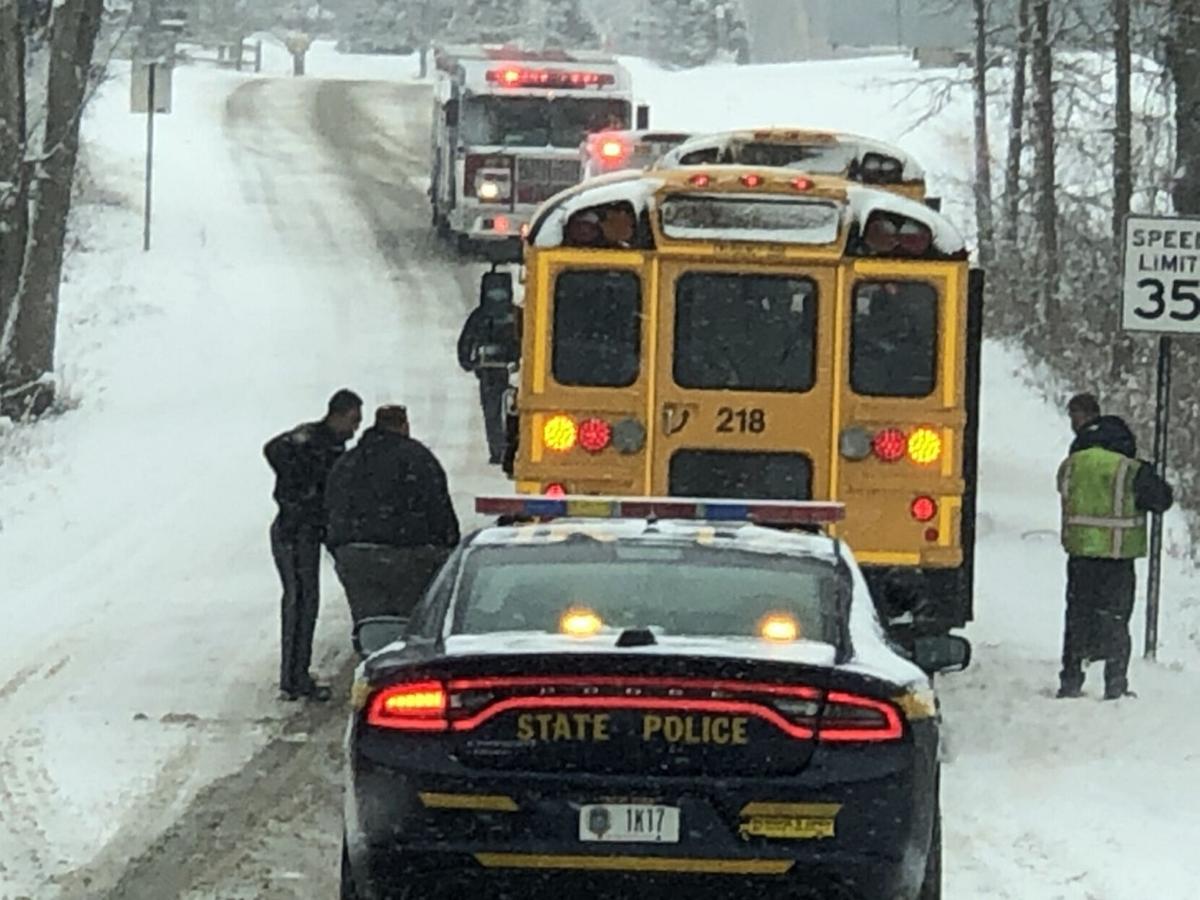 Bill Williams/Columbia-Greene Media Fire and rescue crews, on the scene of an accident, involving a school bus, on Friday morning in Ghent. 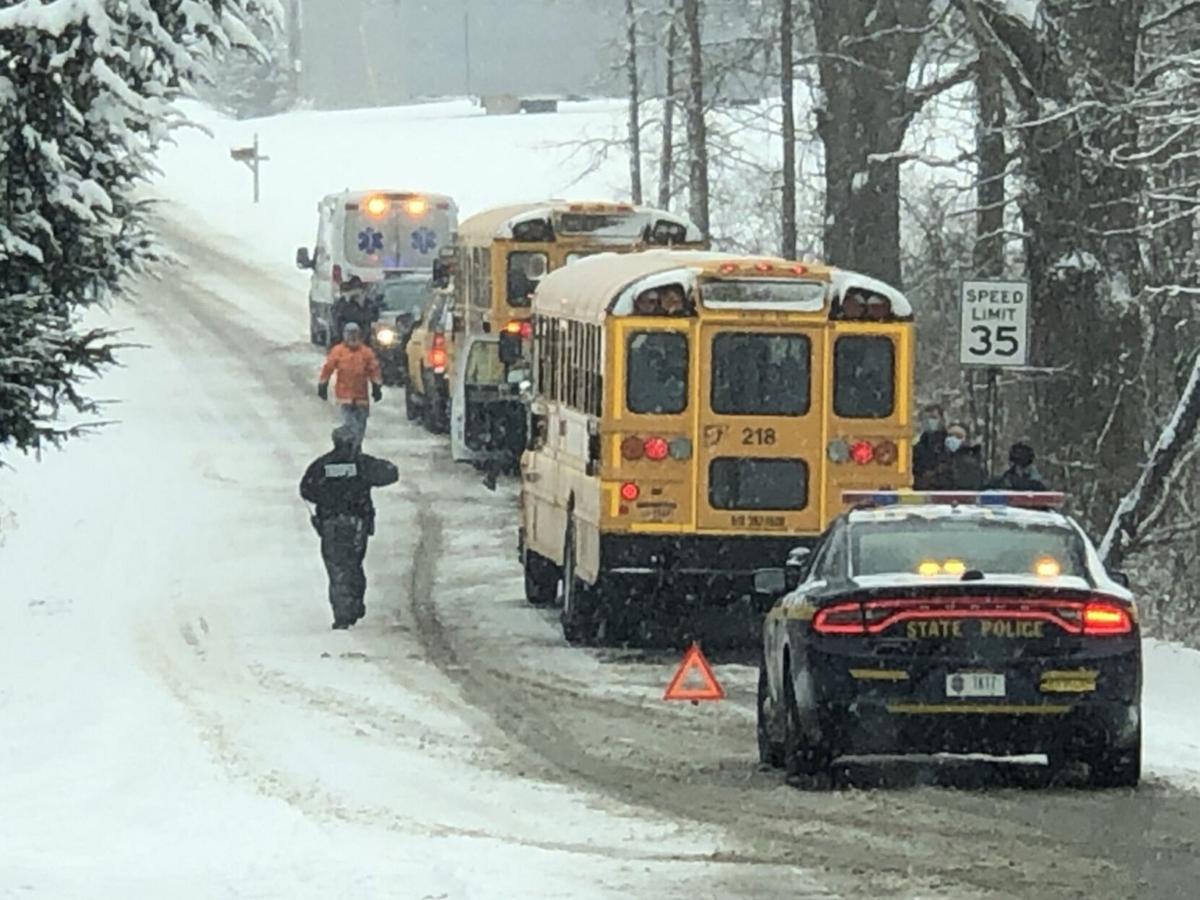 Bill Williams/Columbia-Greene Media No children were injured in an accident, that involved a school bus, on Friday morning in Ghent.

Bill Williams/Columbia-Greene Media Fire and rescue crews, on the scene of an accident, involving a school bus, on Friday morning in Ghent.

Bill Williams/Columbia-Greene Media No children were injured in an accident, that involved a school bus, on Friday morning in Ghent.

The accident occurred at about 9:26 a.m., on Soller Heights Road, in the area of Ej Lane.

The bus, from Chatham Central Schools, and car were being driven in opposite directions on the road. When the two vehicles met, the car crossed over the center of the road, striking the bus, Hicks said.

Police did not identify either driver on Friday.

Police did not say if the bus was moving or stopped when the two vehicles collided.

Soller Heights Road was covered with snow and slush at the time of the accident.

Columbia County 911 sent Ghent Fire Company and Chatham Rescue Squad to the scene after receiving reports of the crash.

Seven children were on the bus at the time of the accident.

Paramedics evaluated the children and the both drivers. There were no reported injuries, Hicks said.

A second Chatham school bus was dispatched to the scene to bring the children to school.

The Chatham Central School Superintendent’s office declined to comment on the accident, but confirmed that all the children on the bus were uninjured.

Town of Ghent Highway Department was requested to treat the road.

Both vehicles were damaged in the crash, Hicks said.

Chatham Central Schools were on a two-hour delay Friday morning due to the snow.

The Ghent accident was one of over two dozen accidents on Friday morning across Columbia and Greene counties.