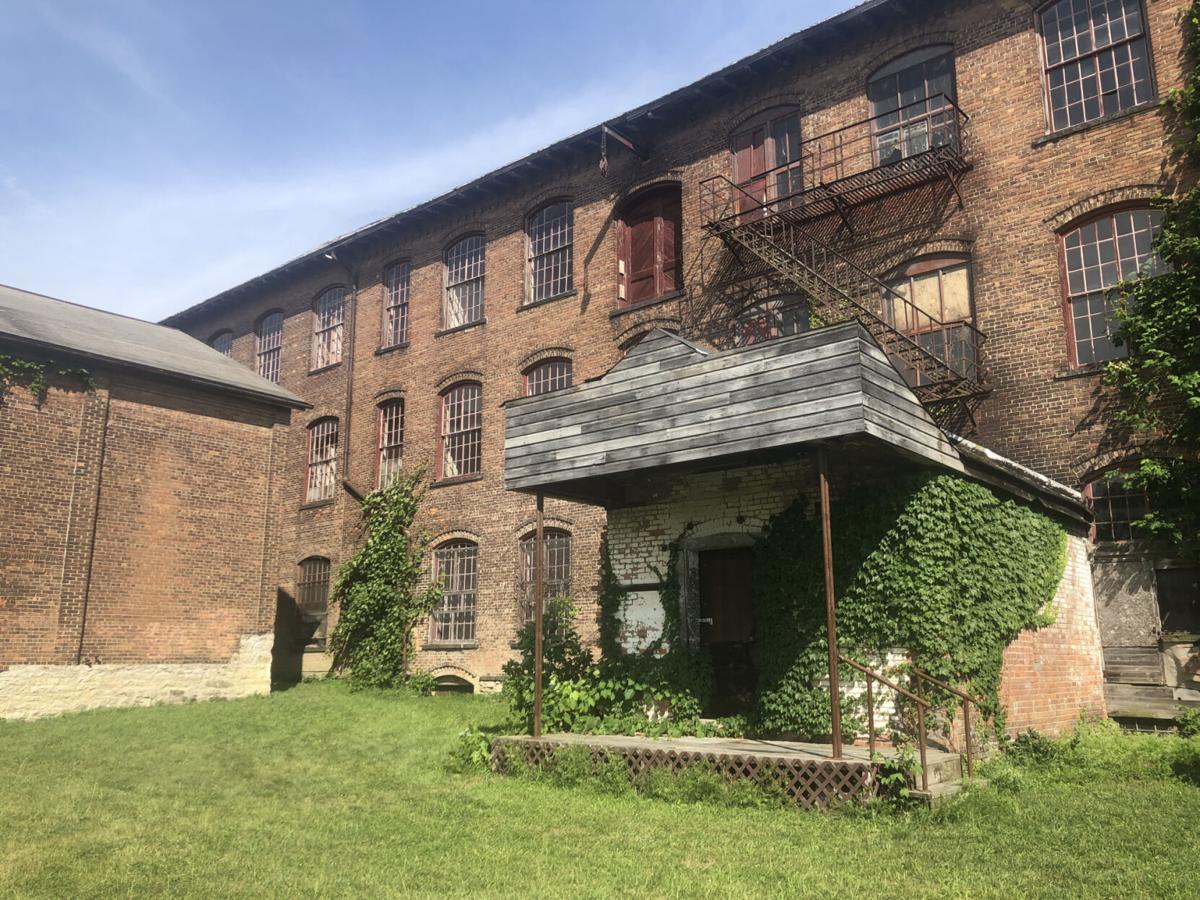 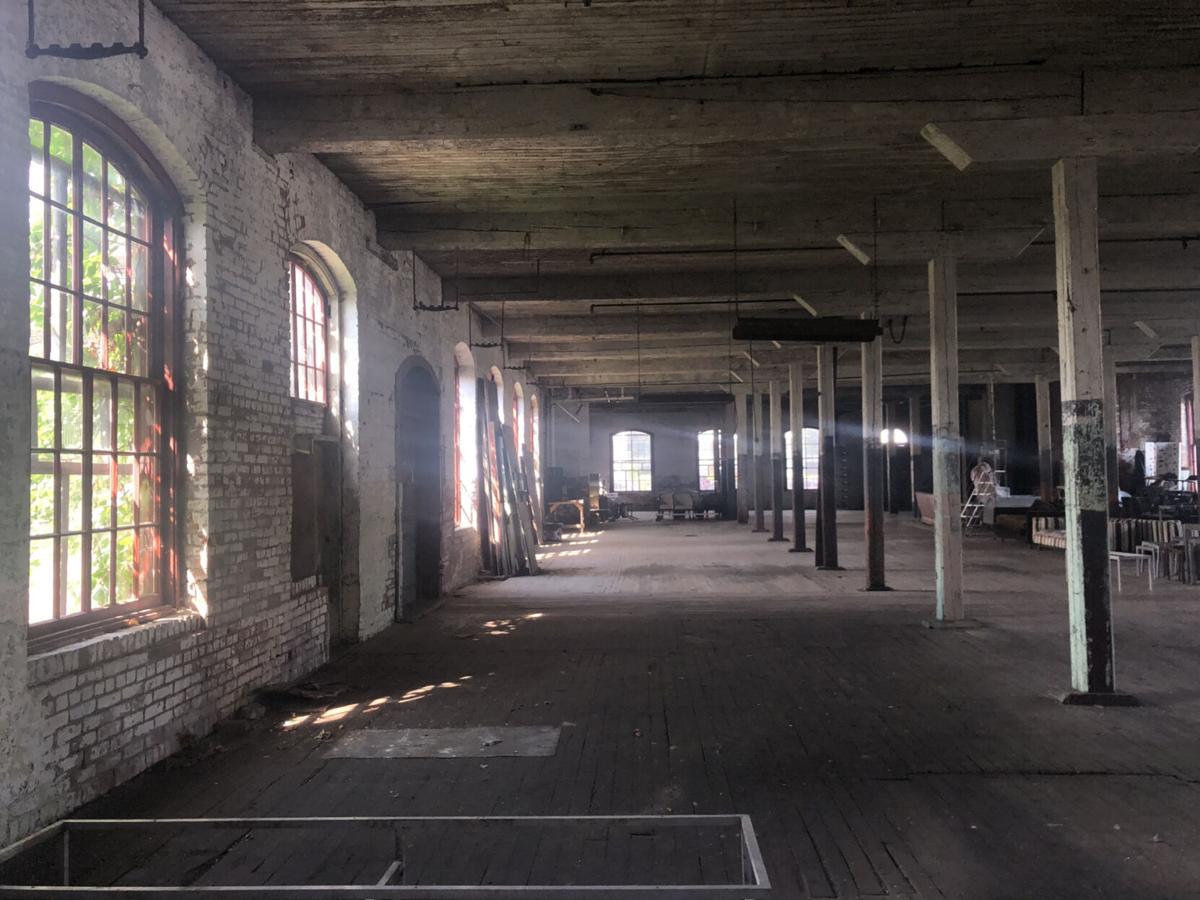 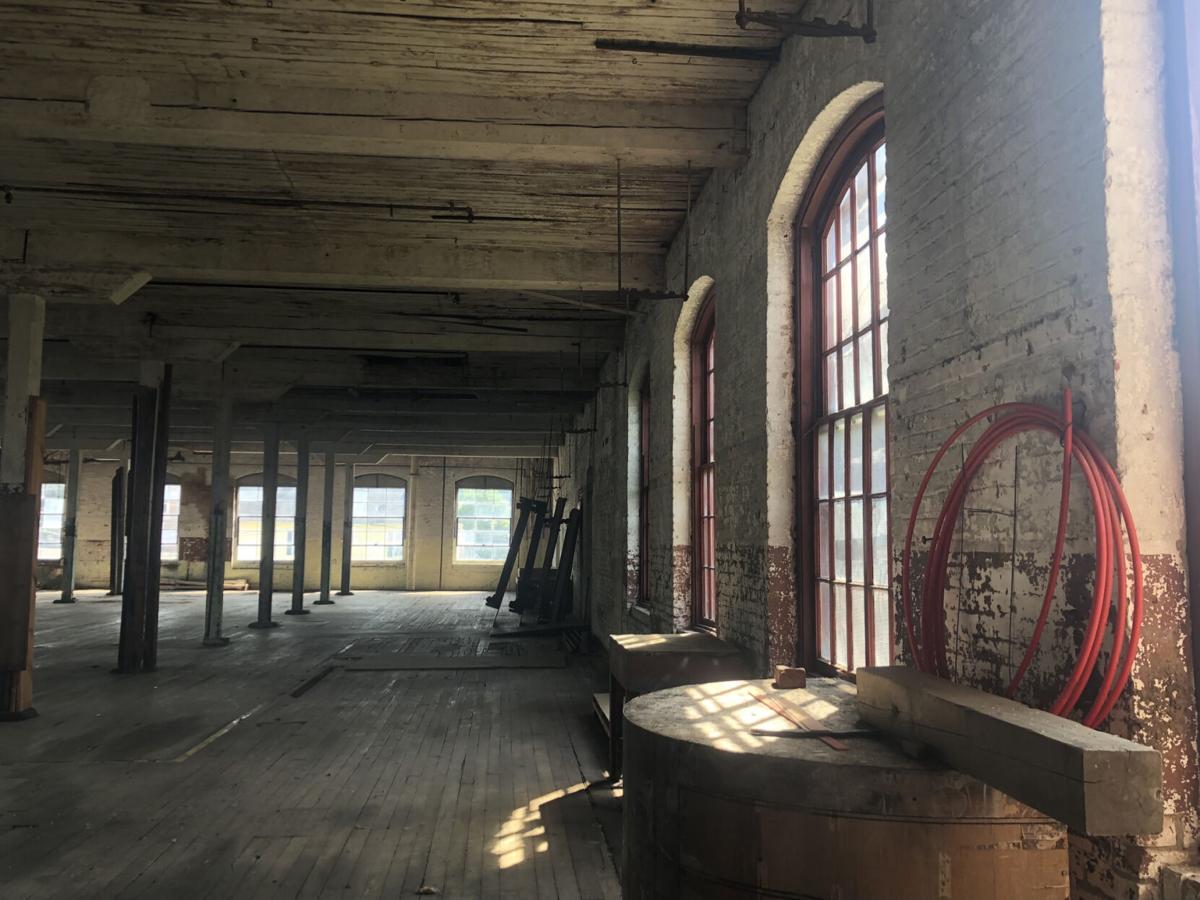 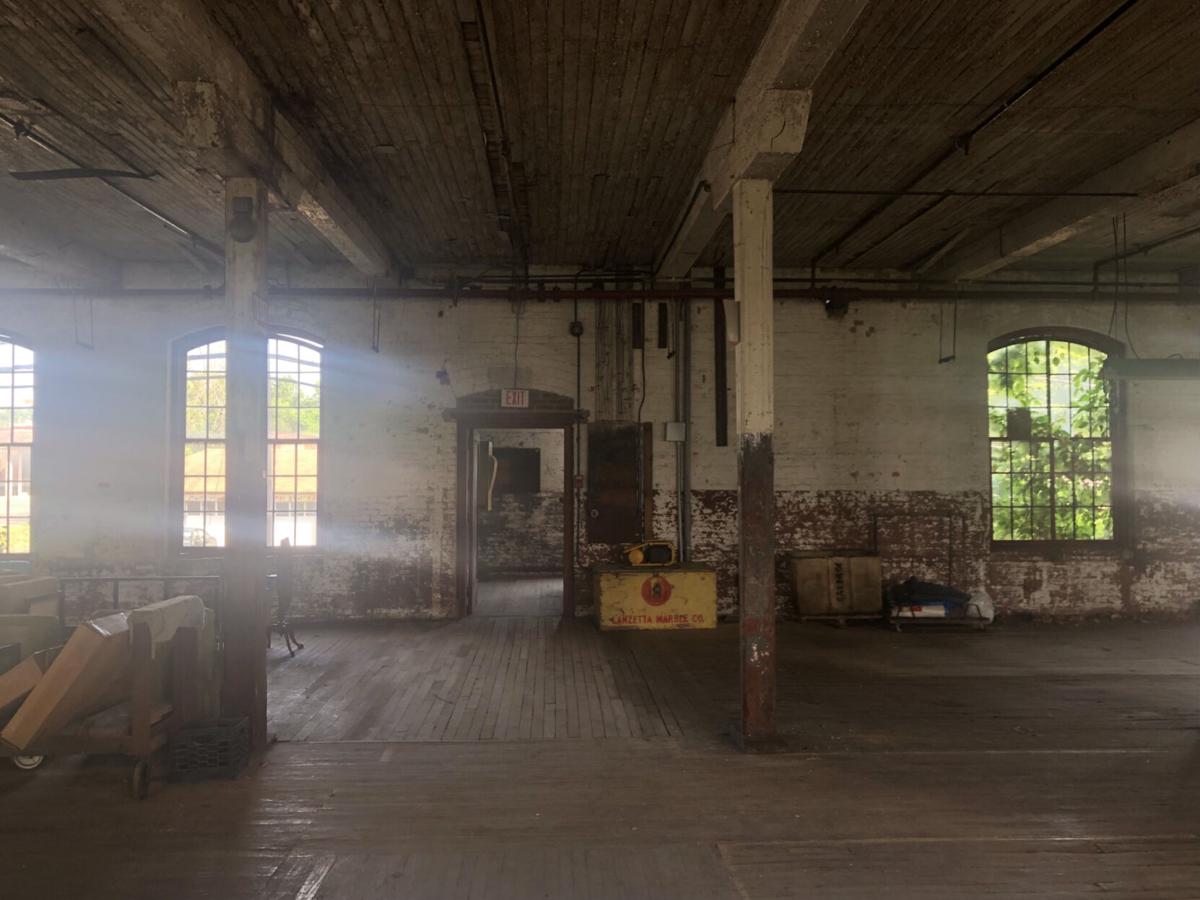 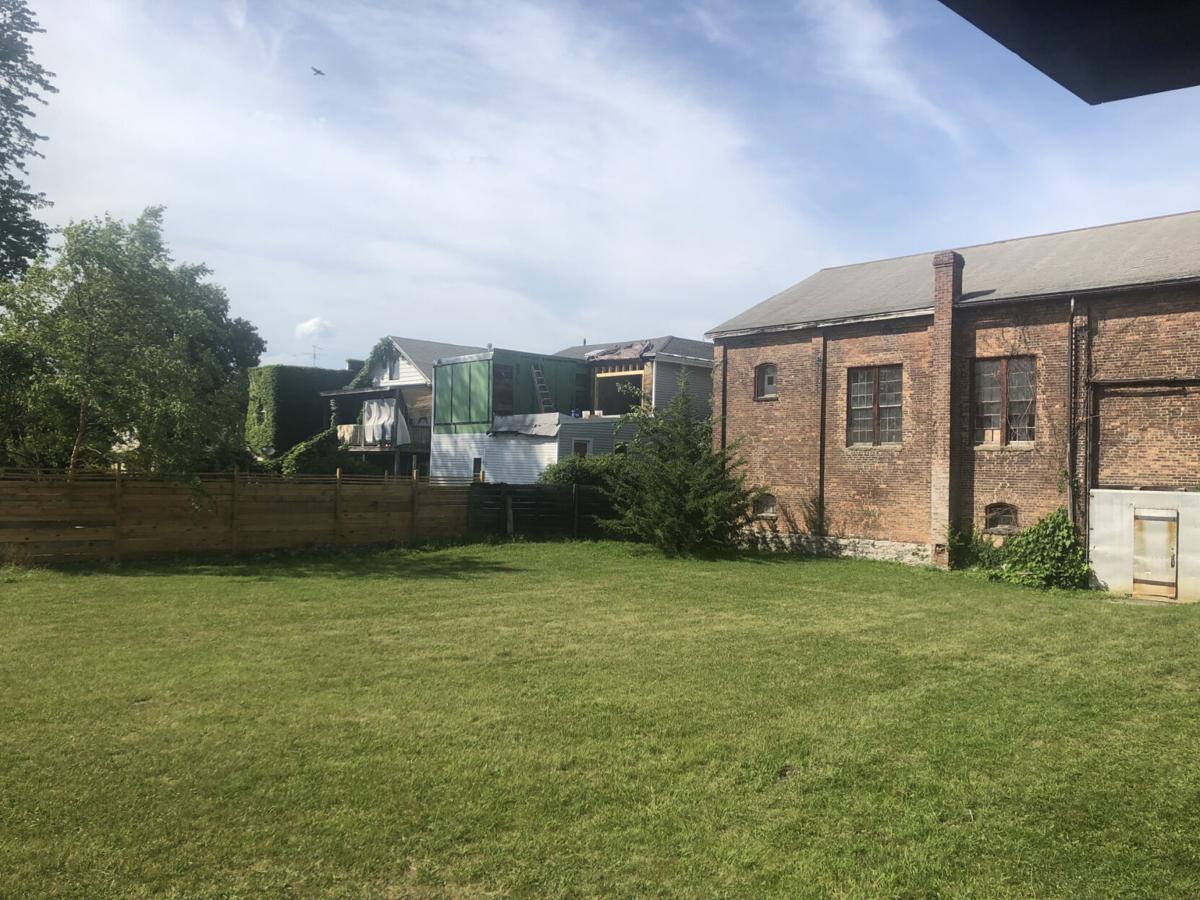 The old factory has a grassy courtyard with neighbors on the other side of the fence. Aliya Schneider/Columbia-Greene Media 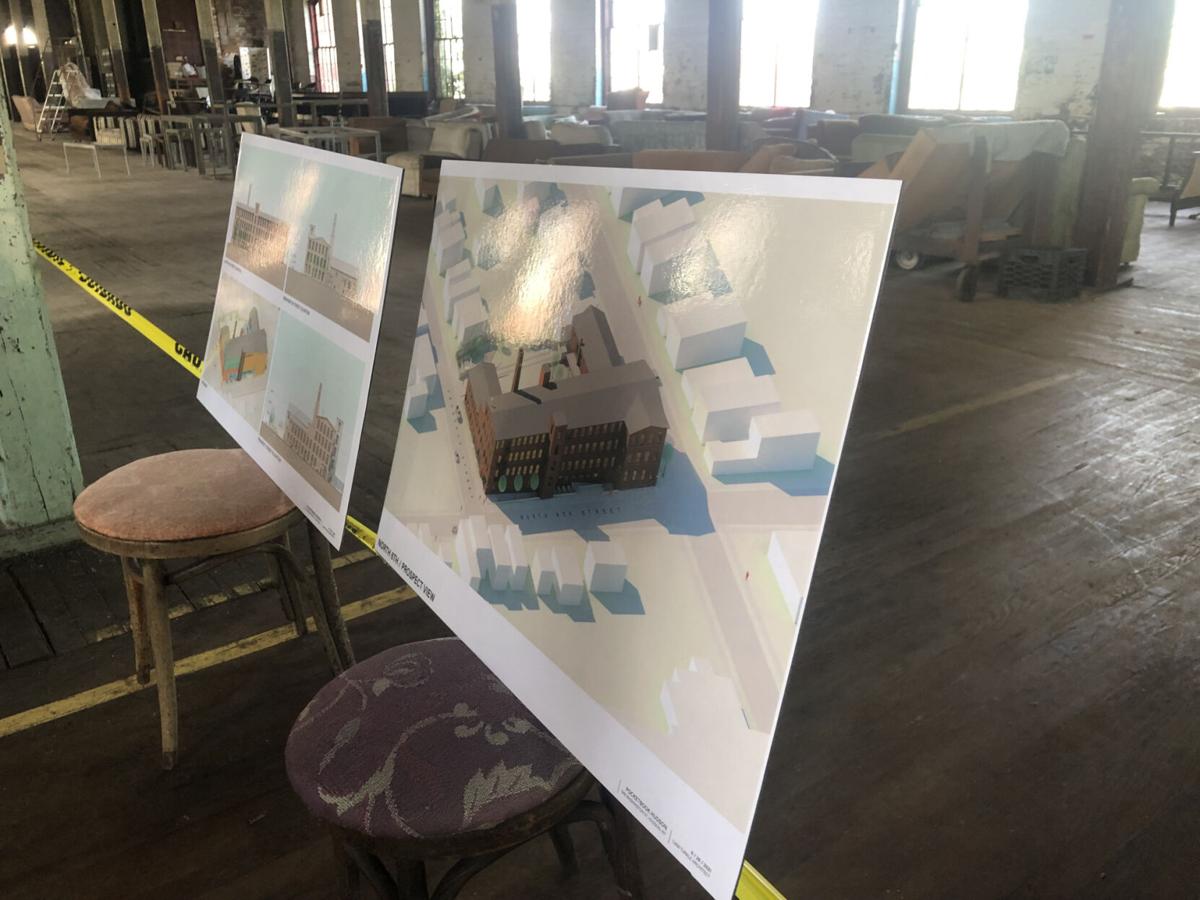 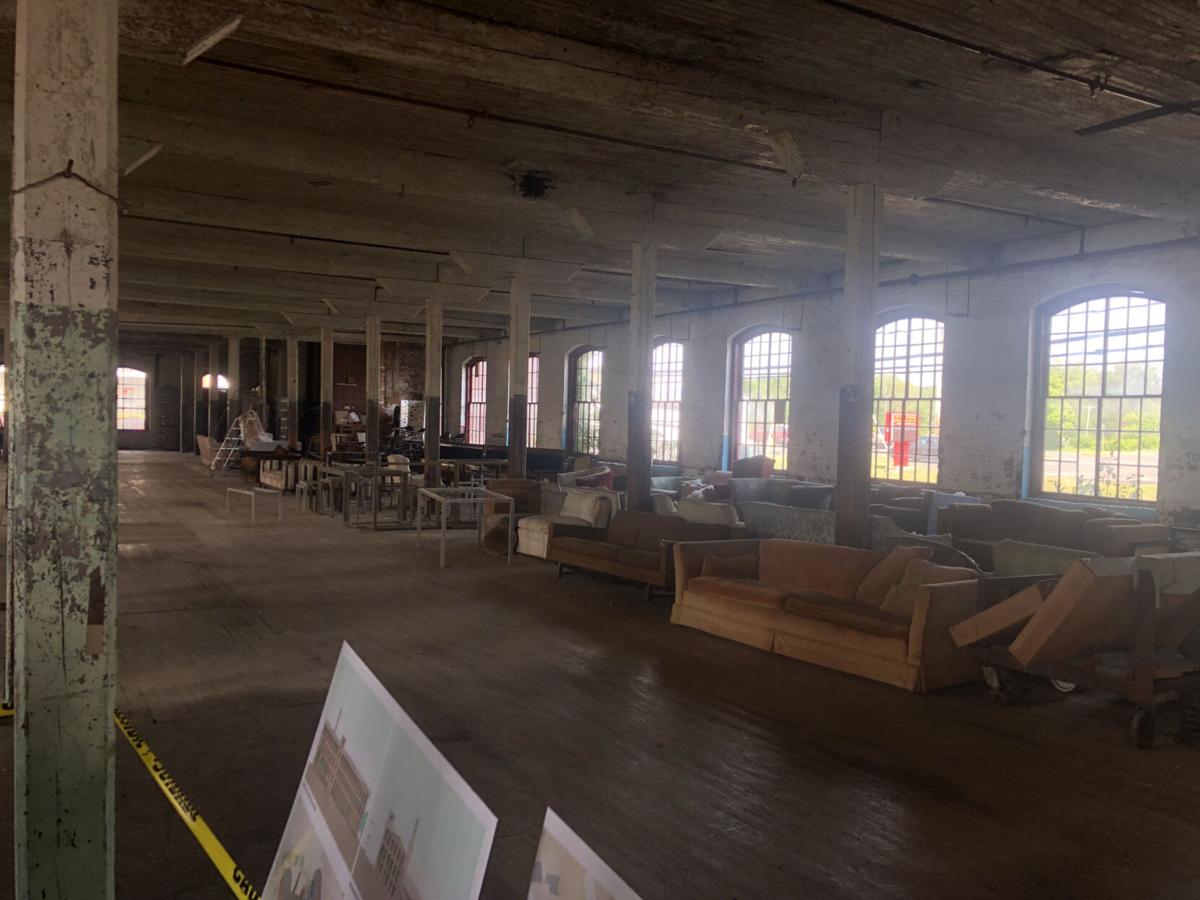 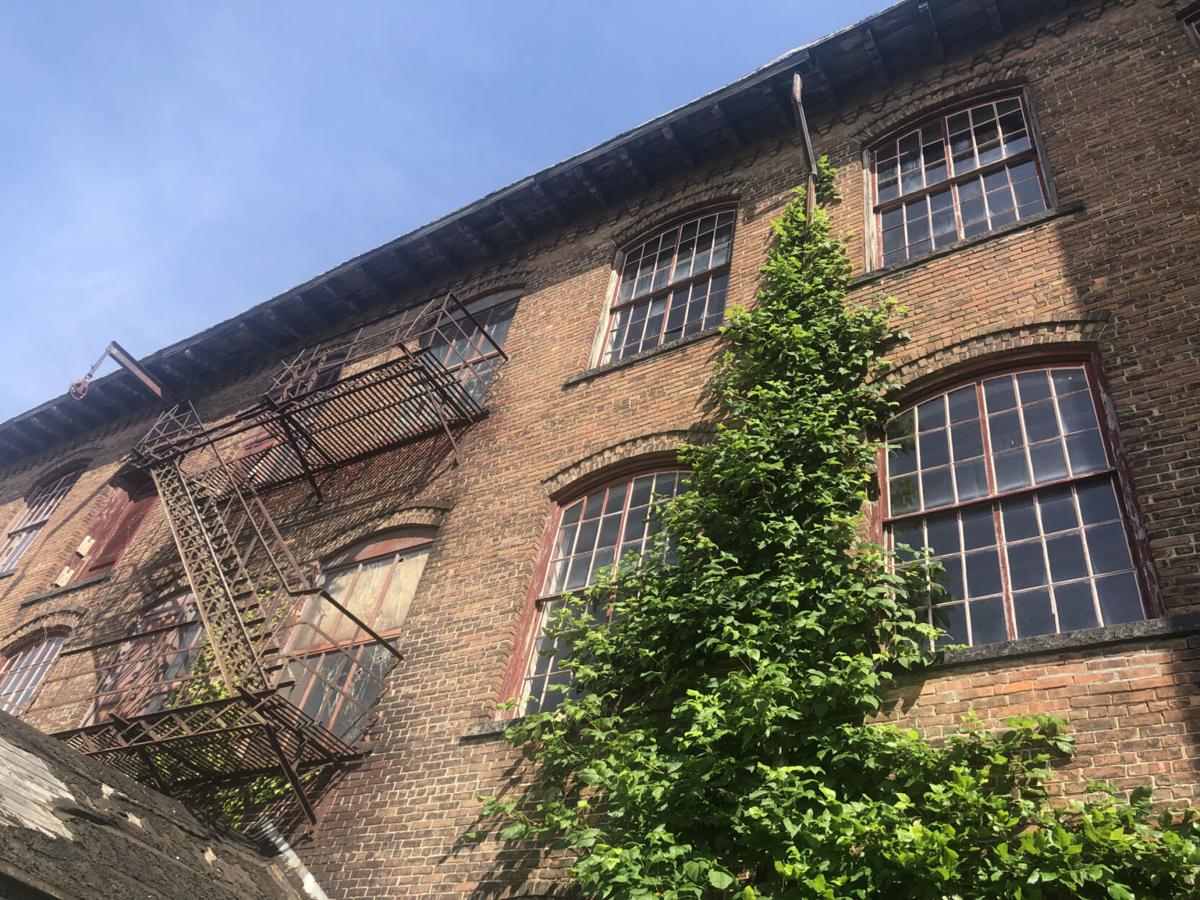 The old factory has a grassy courtyard with neighbors on the other side of the fence. Aliya Schneider/Columbia-Greene Media

HUDSON — City residents Sunday got a tour of a building once part of Hudson’s manufacturing past that is slated to become an essential part of its economic future.

Sean Roland and Gabriel Katz, co-owners of Pocketbook Hudson, 529 Washington St., invited members of the public to the factory site on Sunday.

The proposed project has different public and private uses, with about half being used for hospitality, including a hotel, restaurant, cafe and lounge, and the other half for commercial and art spaces, Roland said. Site plans show office and studio space, retail space, food and beverage space, art space, a public lounge, 40 hotel rooms and a wellness center.

Roland encouraged community members on Sunday to come to the city Planning Board and Industrial Development Agency meetings as the proposed project continues through its application processes. A public hearing for the project will continue at the July 13 Planning Board meeting.

“In addition to the planning, the more kind of official planning process, we also wanted to open our gates literally and just let members of the community know that we’re also here to chat, and excited to chat and hear feedback, whether that’s positive or critical, your ideas and to the extent that we can with the uses that we’ve proposed, really work with the community to find ways to create spaces that everyone feels are welcoming and inclusive and beneficial,” Roland told site visitors on Sunday.

The most pressing issue the community has raised has been the impact that revitalizing the old factory could have on Oakdale, a local beach and park near the factory that the youth department and other locals use, Roland said on Sunday. The developers have begun a dialogue with the youth department about ways the development can help keep the park beautiful and potentially host educational classes for the department on the Washington Street site. Roland and Katz have also been talking to local organizations about planting, farming and holistic health initiatives, Katz said Sunday. The building will ebb and flow throughout the day, so when there will be times it is crowded, there will also be times nonprofits and community groups can utilize the space. The purpose of the project is to provide space where people can come for a variety of uses and feel comfortable and safe, Katz added.

Katz said that they are still looking for community partners and tenants, like for the art studio spaces.

Katz said they will be transparent about the construction process. They are expecting construction beginning spring 2022 and 24 months of hard construction with work inside the building afterwards, he said Sunday.

“This is a big old historic building and we have a lot going on from drawing the plans to getting our approvals to working with whole bunch of green initiatives,” Katz said. “The timing of that could shift a little bit. I don’t think it would happen sooner though I wish it could. It could happen later but we will update everyone on our timeline.”

The building is 70,000 square feet and the developers are proposing 1,500 square feet of an exterior addition. Most of the construction will be restoring the building facade, fixing and replacing windows and interior work, Roland said.

The outside of the building will look as it does now, but restored using historic tax credits, Roland said. The partners are working hard to make the building energy efficient, Katz said.

Roland and Katz are planning on owner-operating the hotel, Roland said. The developers want to create something unique and broaden the spectrum of who visits Hudson, Roland said. The hotel will be inclusive and fairly affordable, he added.

While the developers agree that housing is needed in Hudson, the building was used as an industrial and commercial site and the developers are interested in seeing how its former uses can be revived to help support the city’s economy and residents, Roland said.

Roland and Katz plan on presenting to the city’s Industrial Development Agency to “help us schedule our tax payments that will increase over time as we basically ramp up the businesses that operate here and also improve the site,” Roland said.

Local hiring and job training commitments will be a part of the negotiations with the board, he said. Columbia Economic Development Corporation president and CEO F. Michael Tucker said on Monday that the developers approached the IDA about exploring financing the project after they complete the Planning Board process. The IDA provides sales tax exemptions for construction, mortgage recording tax exemptions and real property tax exemptions, known as payment in lieu of taxes, or PILOTs.

Eligible IDA project developers are entitled to the benefits, Tucker said. The agency has a uniform PILOT policy and developers can apply for a deviation from that policy. The standard PILOT is a 50% real property tax exemption in the first year, going down to no reduction in the eleventh year, Tucker said.

Tucker does not know if the developers are asking for the standard policy or deviation because the application has not been submitted yet.

City Treasurer Heather Campbell, who is on the IDA, said there will be a number of elements to be considered in the review of the PILOT application.

“As with all IDA PILOT applications, there will be a number of elements to be considered in the review,” she said on Monday. “We conduct a financial and economic analysis on every project and that will be a significant determining factor. I know many neighbors are concerned with parking, so it will be interesting to hear how they plan to address those concerns. I look forward to seeing the property brought back to life, and back on the tax roll, of course.”

Mayoral Aide Michael Hofmann attended the open house on Sunday and praised the developers’ willingness to connect with the community.

“I was glad to see that the developers were taking the time to create an opportunity for the community to be engaged with the project at this early stage, and hope there continues to be more direct conversation with those who are most impacted by the rehabilitation and reuse of that space,” Hofmann said on Monday.

Mayor Kamal Johnson could not attend on Sunday and declined to comment until after he meets with the developers. Johnson met with the owners a while back but hasn’t seen their most up-to-date presentation, he said on Monday.