A cross-section view of the building and proposed equipment. Courtesy of Tectonic Engineering 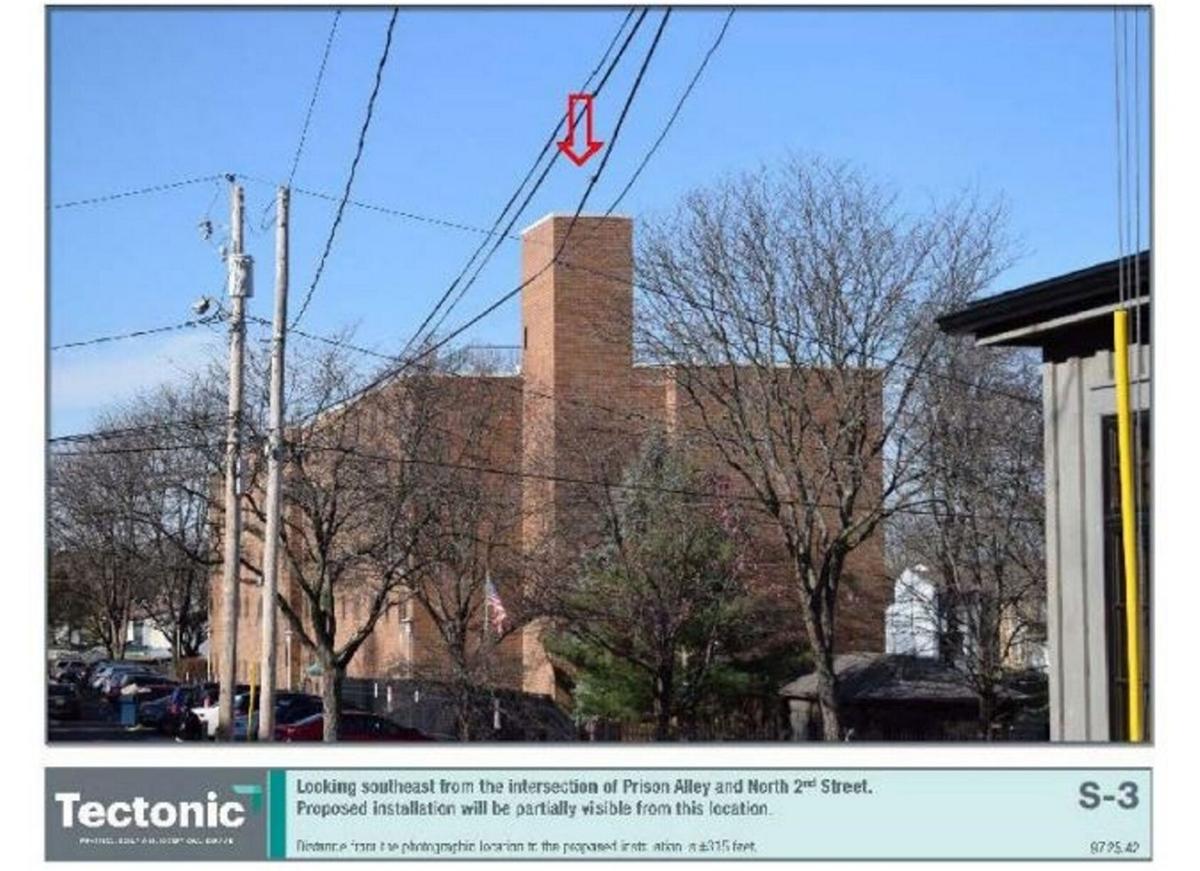 A photosimulation of the 10-foot antenna concealment structure atop the penthouse on the roof. Courtesy of Tectonic Engineering 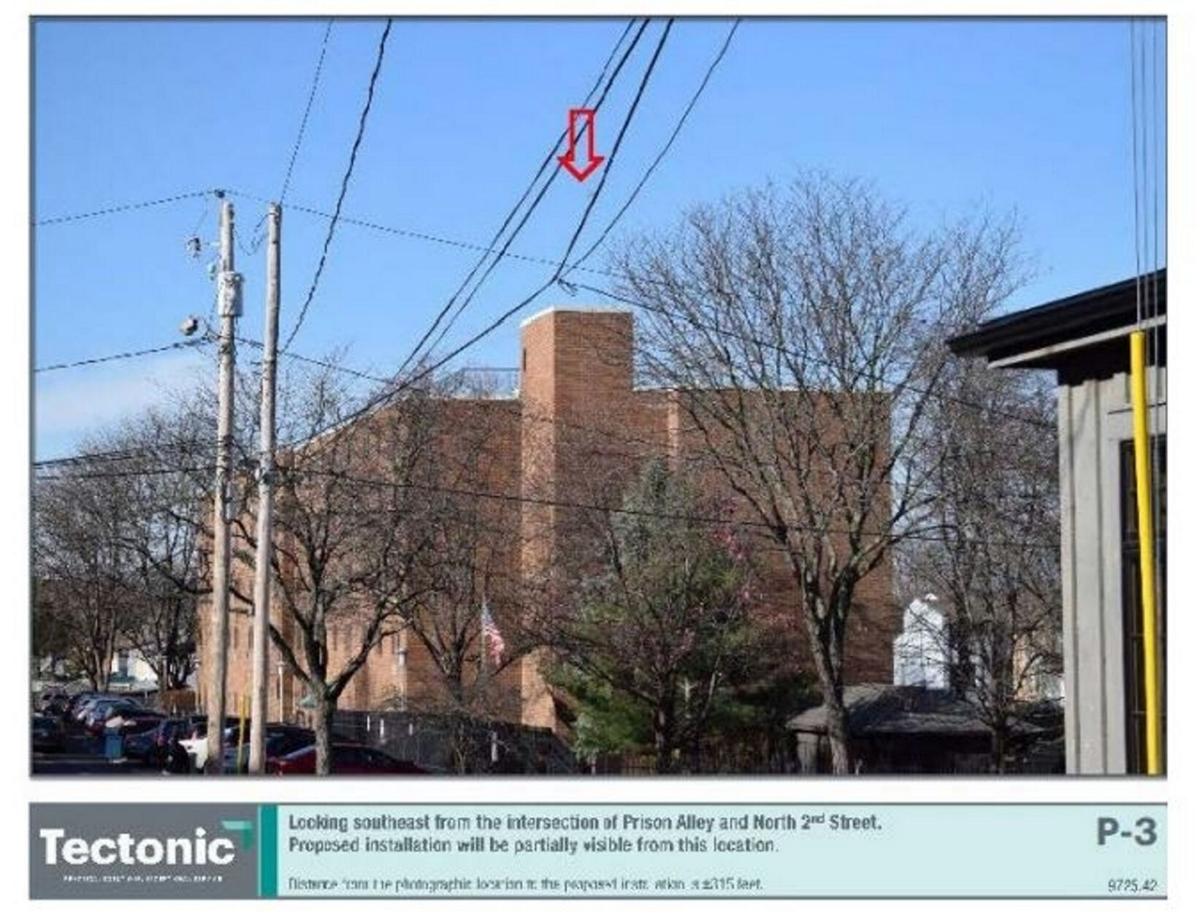 The existing penthouse atop the building without the 10-foot high concealed antenna structure added to the top. Courtesy of Tectonic Engineering 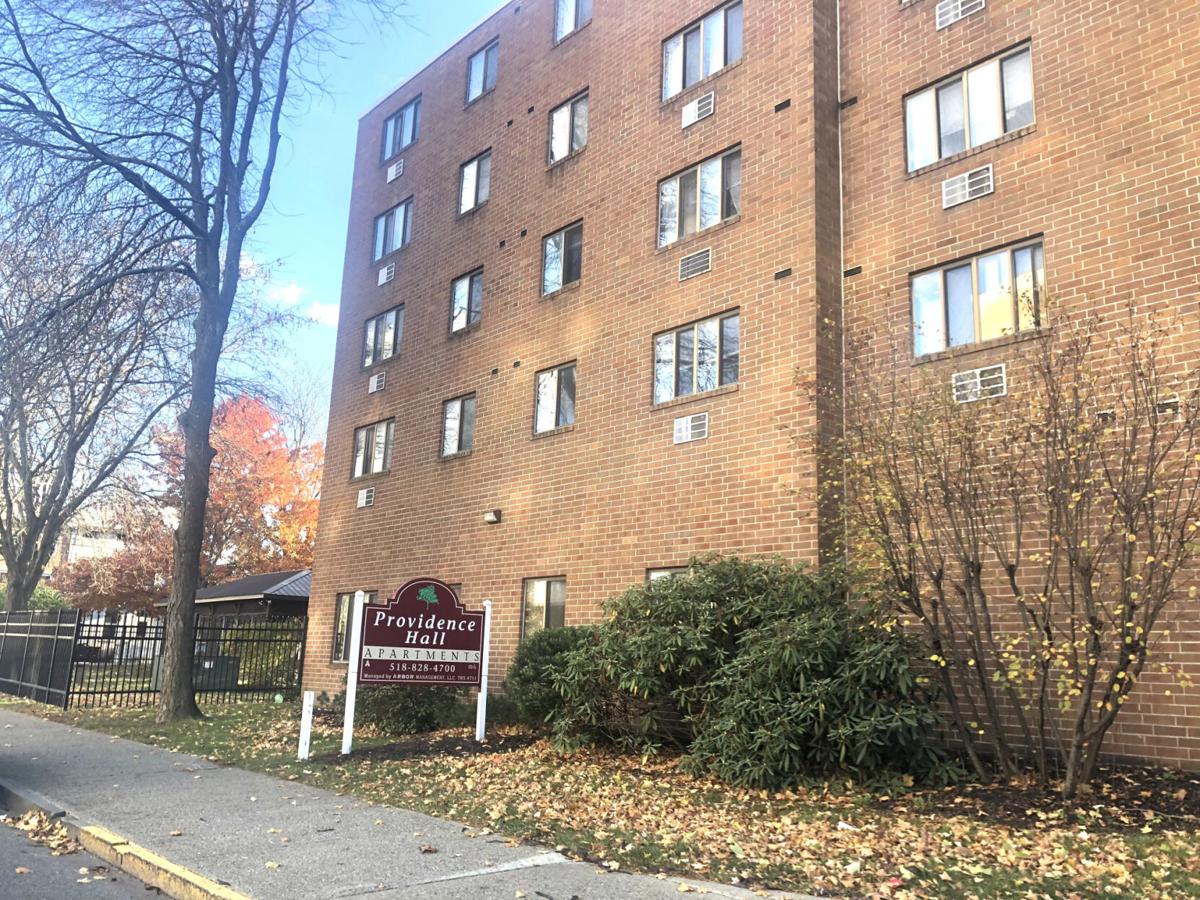 The council approved funds for the city to hire legal counsel for the version lawsuit. File photo

A cross-section view of the building and proposed equipment. Courtesy of Tectonic Engineering

A photosimulation of the 10-foot antenna concealment structure atop the penthouse on the roof. Courtesy of Tectonic Engineering

The existing penthouse atop the building without the 10-foot high concealed antenna structure added to the top. Courtesy of Tectonic Engineering

The council approved funds for the city to hire legal counsel for the version lawsuit. File photo

HUDSON — The planning board approved Verizon’s application for a special use permit to install six antennas atop Providence Hall at 119 Columbia St. in a 5-2 vote.

The antennas will be covered with fiberglass structures painted or treated to look like an extension of the brick building.

The company will have to provide a final plan with concealment structure details to the board to be approved by a board-designated architect.

Providence Hall is a privately owned low-income apartment building for seniors and people with disabilities, owned by Arbor Management.

The public hearing on the application closed in its ninth month at the board’s June 8 hearing, following pushback from local residents.

The board was pressed to make a decision this week to avoid a lawsuit from Verizon because of federal time constraints on applications for wireless communication equipment installation.

Municipalities are supposed to make a decision within 90 days for applications with multiple roof antennas with the ability to extend the timeline, called the shot clock, if the application is incomplete. The board’s deadline was extended multiple times with various requests for more information from Verizon over the months of consideration, and Verizon declined to extend it further this month.

The most recent shot clock for the application ended at the board’s June 8 meeting. The board asked Verizon to approve another extension at the meeting so the board could continue consideration at its July meeting. Verizon Project Manager Kathy Pomponio said she would ask corporate counsel about extending the shot clock to the July meeting if the board acts in good faith and closes its months-long public hearing at the June meeting. The hearing was closed but the company ultimately denied the extension.

The board has a special meeting scheduled for Tuesday for consideration of an ongoing application from A. Colarusso and Son but used the meeting to discuss and make a determination on Verizon instead, with the mounting pressure from Federal Communications Commission rules.

“That shot clock has been extended for months and months,” the board’s attorney Victoria Polidoro said at the Tuesday meeting.

Board members at the Tuesday meeting discussed the potential for the company to sue the city if the board does not come to a decision soon and Verizon’s attorney Allyson Phillips, of Young/Sommer, LLC, said Verizon reserves its right to pursue legal action. She said the board’s vote is on whether the application complies with the city’s zoning code and enough information has been provided to make a decision.

“The public hearing was extensive,” Phillips said at the Tuesday meeting. “We’ve provided all the information that has been requested, which has been confirmed by the planning board’s consultant and so we feel the time is right for the planning board to make a decision on this application but we will reserve our rights to pursue any available legal remedies if a decision is not reached.”

After four and a half hours Tuesday evening of considering the application, refining the resolution and completing the state environmental review, board members were not ready to take a vote and scheduled a special meeting for 5 p.m. Wednesday to finish reviewing the resolution and make a decision. Wednesday’s meeting lasted two hours.

The resolution on Verizon’s antennas was approved by a vote of 5-2. The five-page resolution has various conditions, which include naming the city as insured for the project and submitting annual radio-frequency emissions compliance reports.

Polidoro must approve a deed restriction for the property that commits to not let other wireless providers on the building’s roof for 20 years, according to the resolution. The use of additional carriers must have board approval.

Verizon will be required to return to the board for permit approval of any modifications to the facility except for like-for-like antenna replacement that does not alter the service, height or visibility of the facility.

Board chairman Stephen Steim and board members Larry Bowne, Clark Wieman, John Cody and the board’s newly appointed member Eugene Shetsky voted in favor of the resolution. Board members Theresa Joyner and Laura Margolis voted against it.

Joyner cited the public opposition to the project.

“This is a great resolution, it is.” she said during the vote. “But because to approve this resolution would be approving the application, I cannot do that. I’m not a robot. I am a member of a small community of a small city.” Joyner said no one from the public, even those whose cellular service would be improved, spoke in favor of the project to the board.

“I just can’t go with this,” she said. “I just can’t. And I want the public to know that your opposition, your strong and long opposition to this project, is not being ignored by me. So I say no. It shouldn’t even have been on our books. We’re unique. Let’s stay unique. We don’t have to conform to the big cities. So what, you don’t have service when you get here? You can live with it. So, no.”

Margolis cited an April 13 board workshop to support her vote, saying a Verizon site acquisition specialist referred to alternate sites as inappropriate because they are in residential areas.

“I think that everyone would have to agree that you can’t get more residential than 119 Columbia St.,” Margolis said. “There are disabled and the elderly people who live there and its surrounding areas. For that reason my vote is no to this resolution.”

Bowne said that while he has bee dissatisfied with the applicant, the board did the best it could on a difficult application.

“I really want to commend Theresa for her eloquence and her conviction,” he said. “And I think it was beautifully said, and I very much appreciate having you as a colleague on our board.”

I’m in favor of 5G. What was the final outcome regarding 5G and these cell antennas?