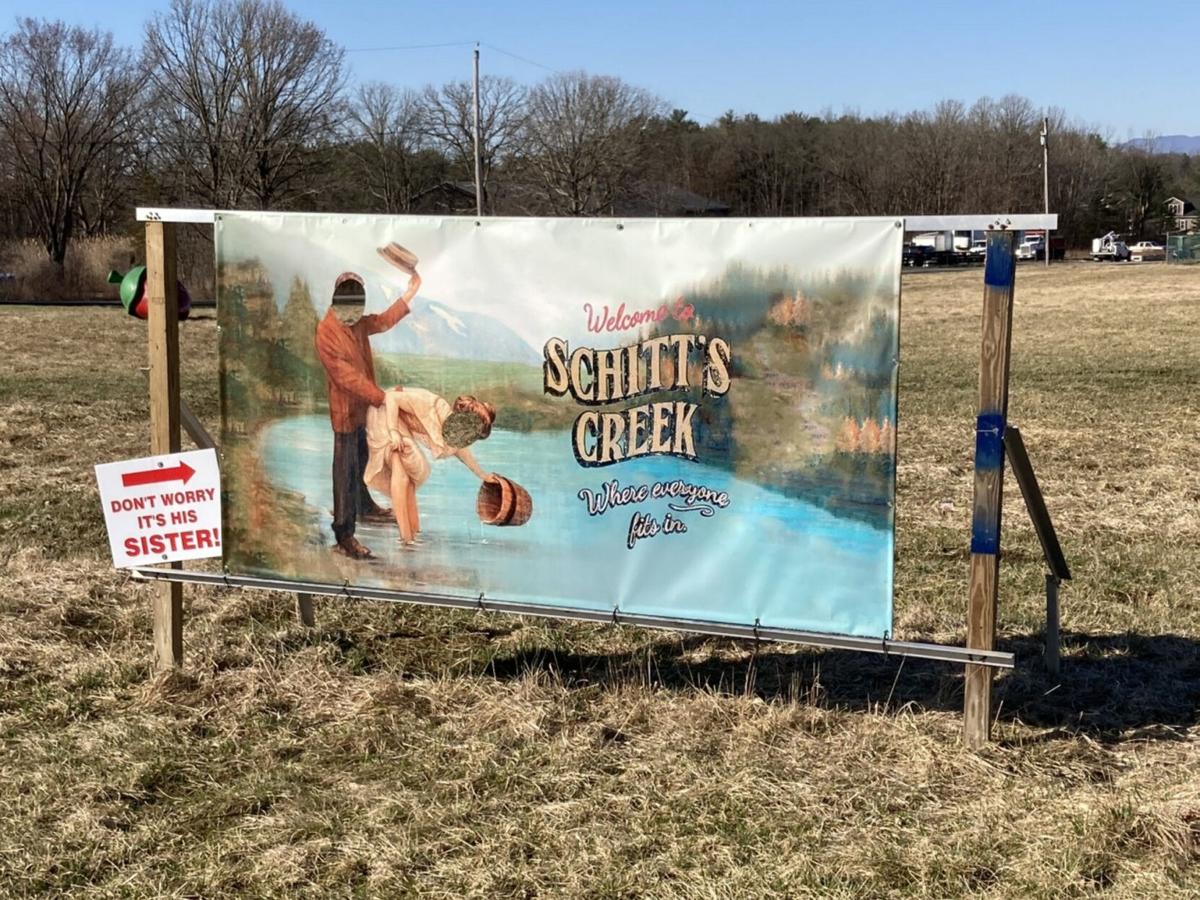 A sign based on the television show “Schitt’s Creek” has grabbed attention along Route 9 in Hudson. Natasha Vaughn/Columbia-Greene Media 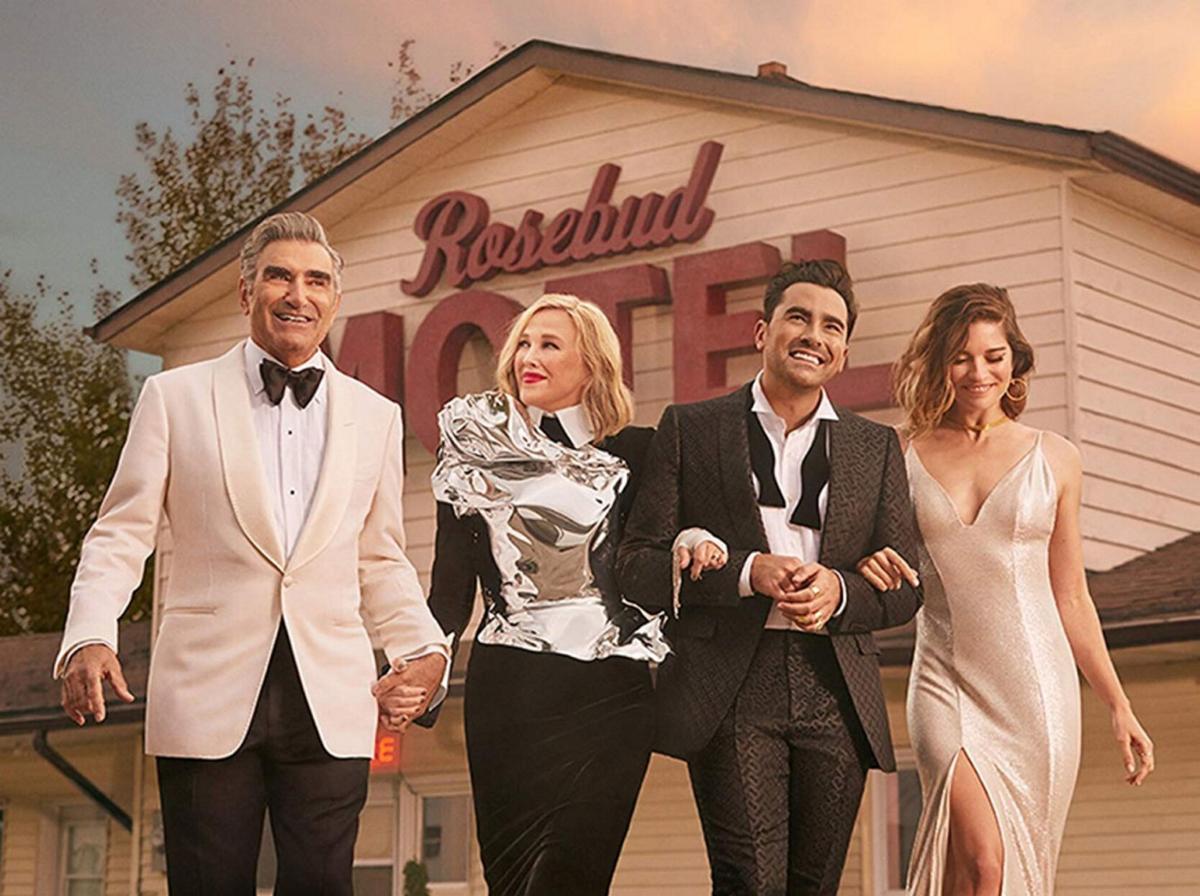 A sign based on the television show “Schitt’s Creek” has grabbed attention along Route 9 in Hudson. Natasha Vaughn/Columbia-Greene Media

HUDSON — A replica of a sign based on the Emmy-winning Netflix comedy “Schitt’s Creek” on Route 9 in Hudson is causing some local residents to cry sexism.

Some complaints have been made about the sign, which is located outside of Matthew Signs.

The sign depicts a woman bending over in front of a man. The inscription on the sign reads, “Welcome to Schitt’s Creek where everyone fits in.” There are empty spaces where the man and woman’s faces would have been.

At least one local resident said she has asked for the sign to be taken down by the business, and said she has reached out to the state Department of Transportation about the issue, calling it sexist and offensive.

As it turns out, though, the sign was created by a woman.

Misty Brew-Kusewich co-owns Matthew Signs with her husband Matthew Kusewich. She said Tuesday it’s meant to be a joke for anyone driving by who has seen the popular show.

Brew-Kusewich also said she will not take the sign down until she is ready to take it down.

Brew-Kusewich said the banner had originally been used for a friend’s “Schitt’s Creek”-themed birthday party. The faces were removed from the people in the banner so that people at the party could take pictures with their faces in the banner.

“Every month I always come up with a different banner to put up outside the sign shop,” Brew-Kusewich said. “I put it up and I cannot tell you how many people called us, or sent us Facebook messages who said they loved it.”

Putting banners out was something the business was doing during COVID, Brew-Kusevich said. The first one they displayed was an area-code 518 rainbow banner.

“We kind of just went from there, I just wanted people to smile and laugh,” Brew-Kusewich said. “That was my goal. I just thought it was a cute thing to do, I thought people would drive by and be like, Oh my God, that’s so funny. I never would have thought that I would have made someone upset. That’s on them.”

Brew-Kusewich said she originally planned to take the sign down and put up next month’s sign on April 1, but she said she is going to keep it up a little longer this time.

“First of all this is on our property,” Brew-Kusewich said. “Second of all, it’s our sign and third of all its far away from the road. So I was like no, I’m not taking it down.”

After Brew-Kusewich heard about the complaint, a small sign was added to the banner which reads, “Don’t Worry It’s His Sister,” which is also inspired by the show.

Brew-Kusewich posted photos of the sign on her Facebook page. By Tuesday afternoon each of the two posts about the sign had received more than 50 comments.

“I’m like, Why are people complaining about this?” Brew-Kusewich said. “It’s funny. Get a sense of humor. There are so many other things going on that you can focus your time and energy on, don’t worry about my sign, it’s just funny.”

Brew-Kusewich said the sign has gotten people talking, which she explained is good for business. She said she has not received complaints about any of the other signs that have been placed outside the business.

“I never thought the sign was offensive, because I’ve seen the show,” Brew-Kusewich said. “I kind of assumed most people had seen it, too. I’m obeying the law and I’m not hurting anybody. I’m just shocked people are complaining about this.”

When my college invented the Me To movement it was made fun of by Saturday Night Live. Antioch was maturing the conversation about equality not creating gender feminism or encouraging adolescence. The reaction to a billboard is odd since the television show is at least as public.

More lies. Antioch College is not mentioned on the Metoomvmt.org website. Was formed in NYC by Tarana Burke in 2006.