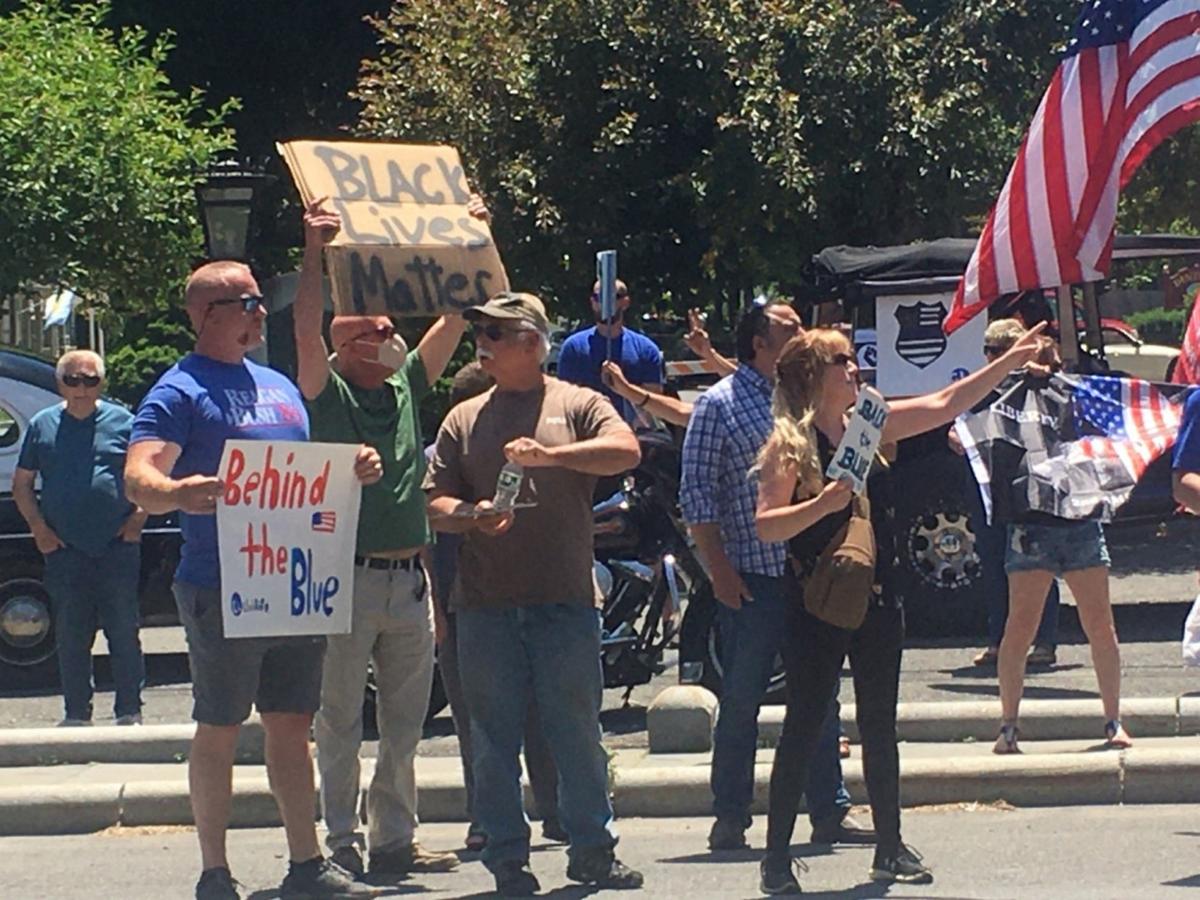 Bill Williams/Columbia-Greene MediaA Back the Blue rally and Black Lives Matter rally were side by side in Kinderhook. 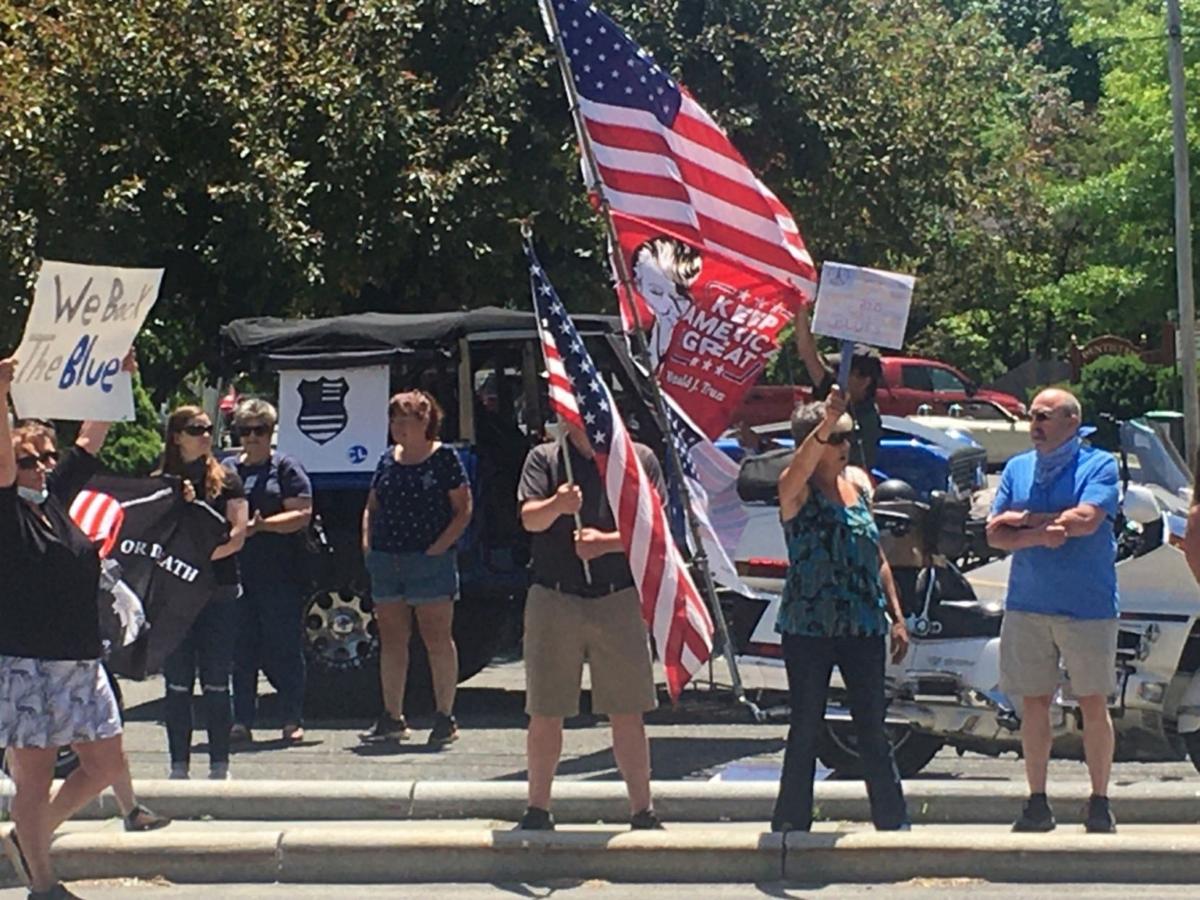 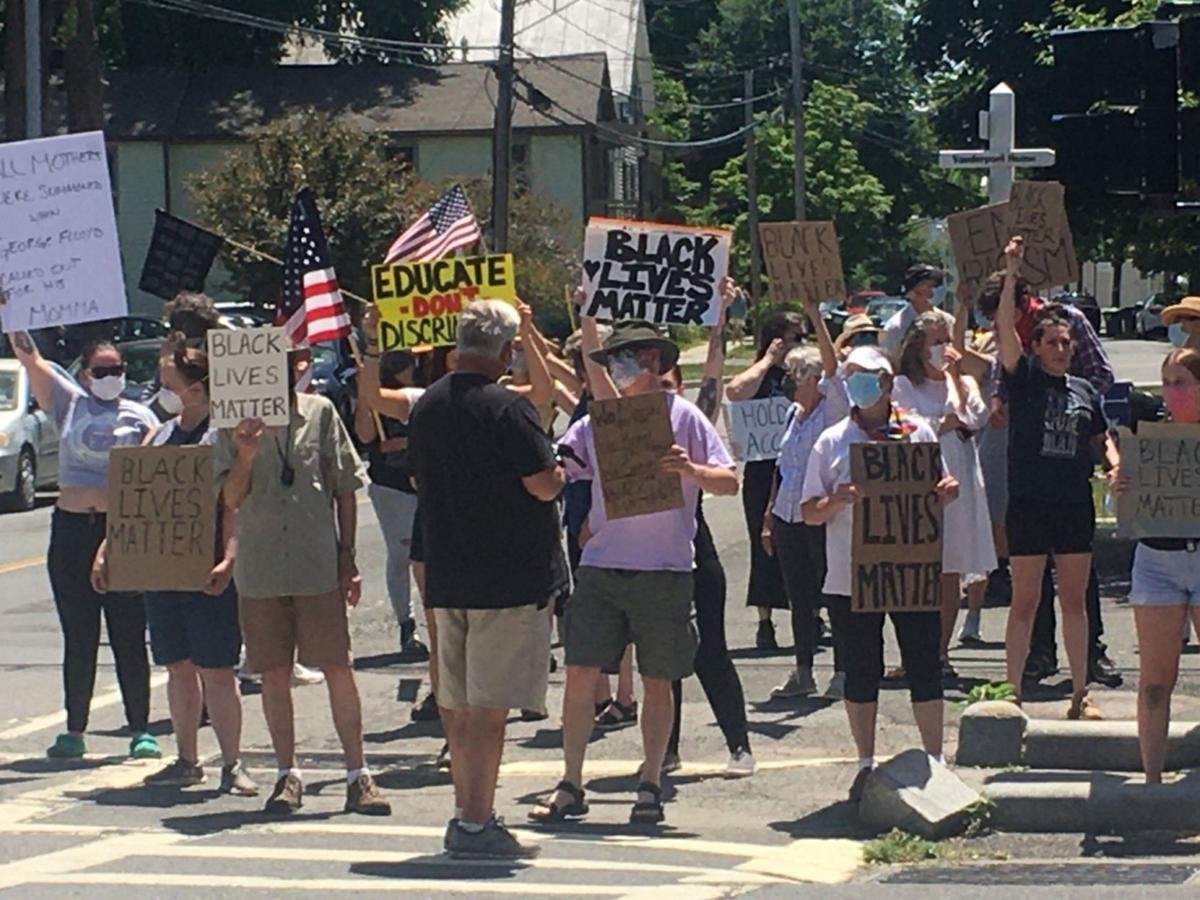 Bill Williams/Columbia-Greene MediaA Back the Blue rally and Black Lives Matter rally were side by side in Kinderhook.

A planned Back the Blue rally to show support for police officers that was scheduled to begin at noon was met by supporters of the Black Lives Matter movement.

There were some heated moments between the two groups, but for the most part, they remained civil to one another, and competed for the attention of passing motorists on Route 9, who waved and honked their horns in support.

About 40 participants turned out for the Back the Blue rally, which included many signs showing support for the police, American flags, and patriotic music.

Back the Blue was organized by Kinderhook business owner Alex Rosenstrach, who promoted the event by word of mouth and on social media. “We’re going through a period in this country where a lot of law enforcement officers are in fear of getting injured or killed, or losing their jobs,” Rosenstrach said. “Twenty-five officers have been shot and one has been stabbed in the last week; somebody has to speak for them”, Rosenstrach said.

Rosenstrach, who owns ClubLife Health & Fitness in Valatie, said he chose Kinderhook for the site of the rally because he wanted to keep it local, but due to the success of Thursday’s rally, he is hoping to schedule more, in other areas of Columbia County in the near future.

Participants at the rally said they were not affiliated with any particular group, but they just wanted to show their support for law enforcement.

About 25 area residents who were there to support Black Lives Matter said they received word of the Back the Blue rally and decided they wanted to get their message out to the community as well.

Regina Rose and Carol Moore were two of the participants for the Black Lives Matter rally.

“I was around in the ’60s and never got involved with the protests back then, but the world is different now and we have to think about our children and our grandchildren. It’s all different,” Rose said.

“It’s a terrible thing that is happening right now, and it needs to stop,” Moore said.

“It’s a free country, and we have plenty of room here for everybody,” he said.

Both rallies lasted about 90 minutes.