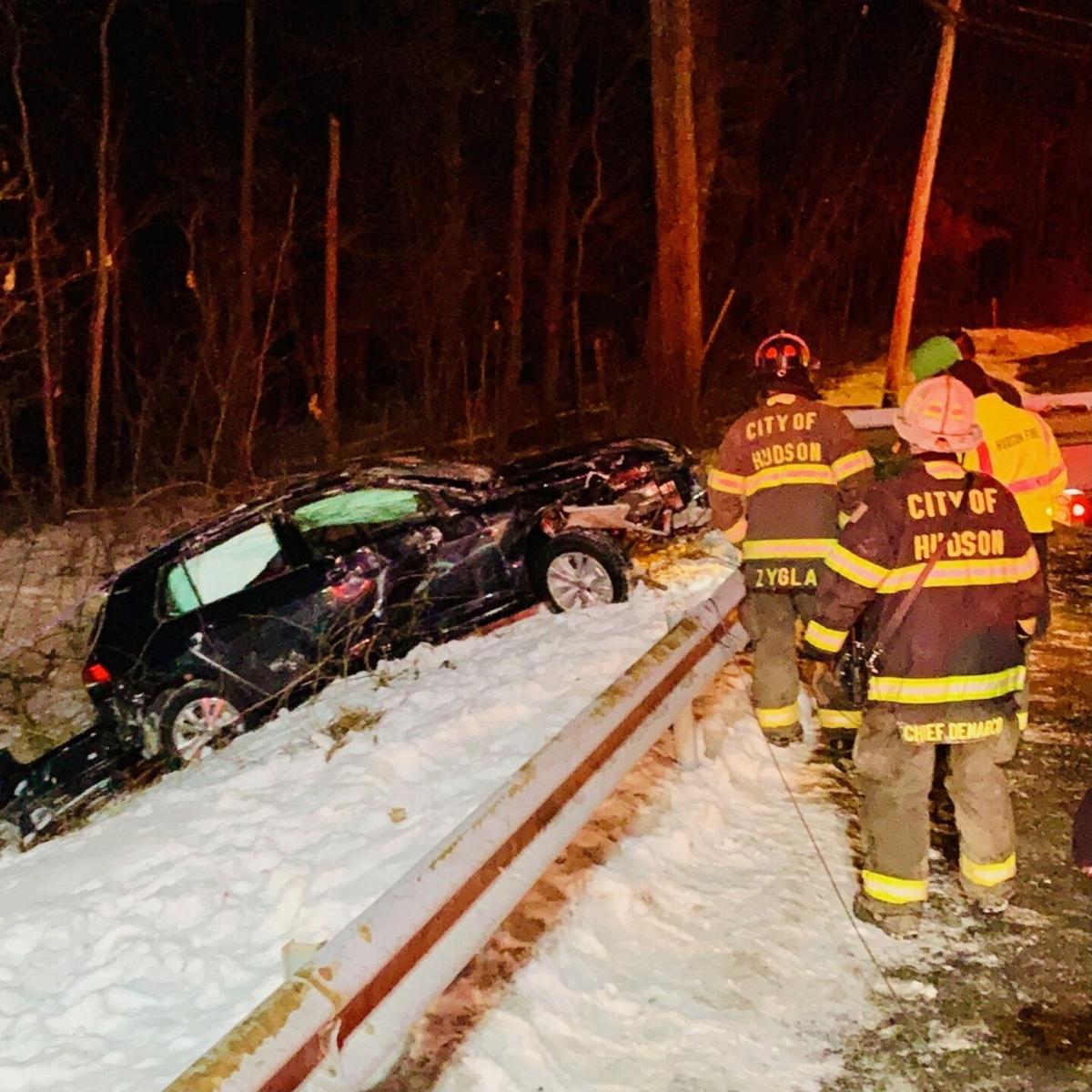 A car that slid down an embankment in Hudson is pulled back up to Sixth Street. Contributed photo 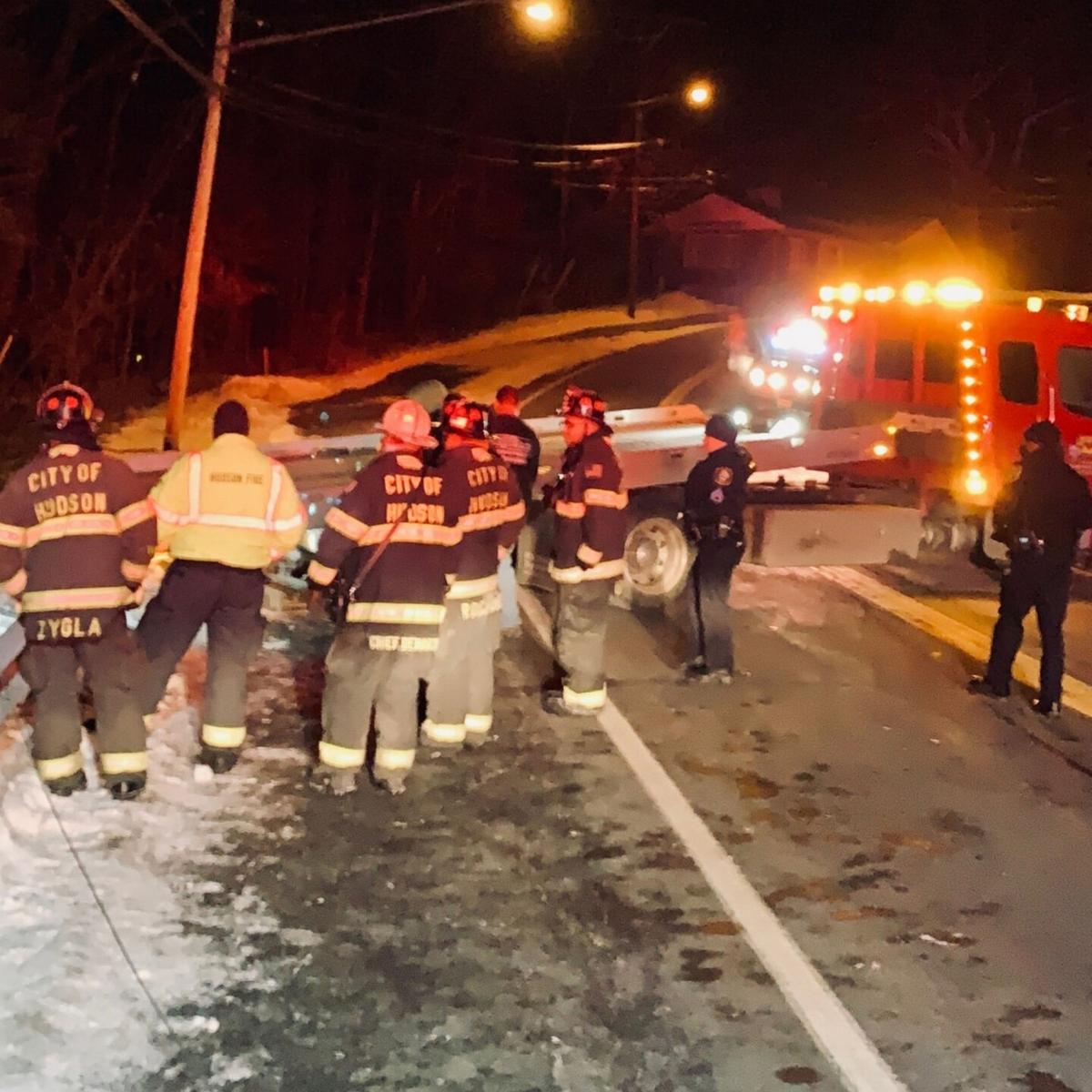 Hudson firefighters look on as a car that slid down an embankment on Sixth Street is pulled back up to the road. Contributed photo

A car that slid down an embankment in Hudson is pulled back up to Sixth Street. Contributed photo

Hudson firefighters look on as a car that slid down an embankment on Sixth Street is pulled back up to the road. Contributed photo

HUDSON — A Hudson woman was taken to Columbia Memorial Health on Saturday night after the car she was riding in flipped over and slid down an embankment near Oakdale Lake, Hudson Police Chief L. Edward Moore said Monday.

The unidentified woman, 42, was a passenger in the vehicle, Moore said. She complained of neck and head pain following the crash, Moore said.

The driver, Jacob H. Perry, 39, of Hudson, was examined by paramedics at the scene but refused medical treatment, Moore said.

The car was traveling north on Sixth Street when it veered off the right side of the road, jumped a guard rail, clipped a utility pole and slid down an embankment on its side, Moore said.

The vehicle was stopped by a tree 20 feet down the embankment, Hudson Fire Chief Anthony Demarco said Monday. If the tree wasn’t there, it could have slid down the entire hill and ended up in a swamp 50 feet down, Demarco said.

Perry was able to get out of the car and climb up the hill to phone for help, Moore said.

Hudson Fire Department and Greenport Rescue Squad were sent by Columbia County 911 to the scene at about 11:40 p.m. The woman was trapped in the vehicle, so firefighters used a winch and cable attached to their rescue truck to secure the car, so the woman could be removed.

Once the woman was out of the car, the towing company pulled the vehicle back up to the road. It took a while, with some tricky maneuvering by the tow truck operator because of the terrain, Demarco said.

Police reduced Sixth Street to one lane of alternating traffic until the accident was cleared. Firefighters were back in service at 1:43 a.m.