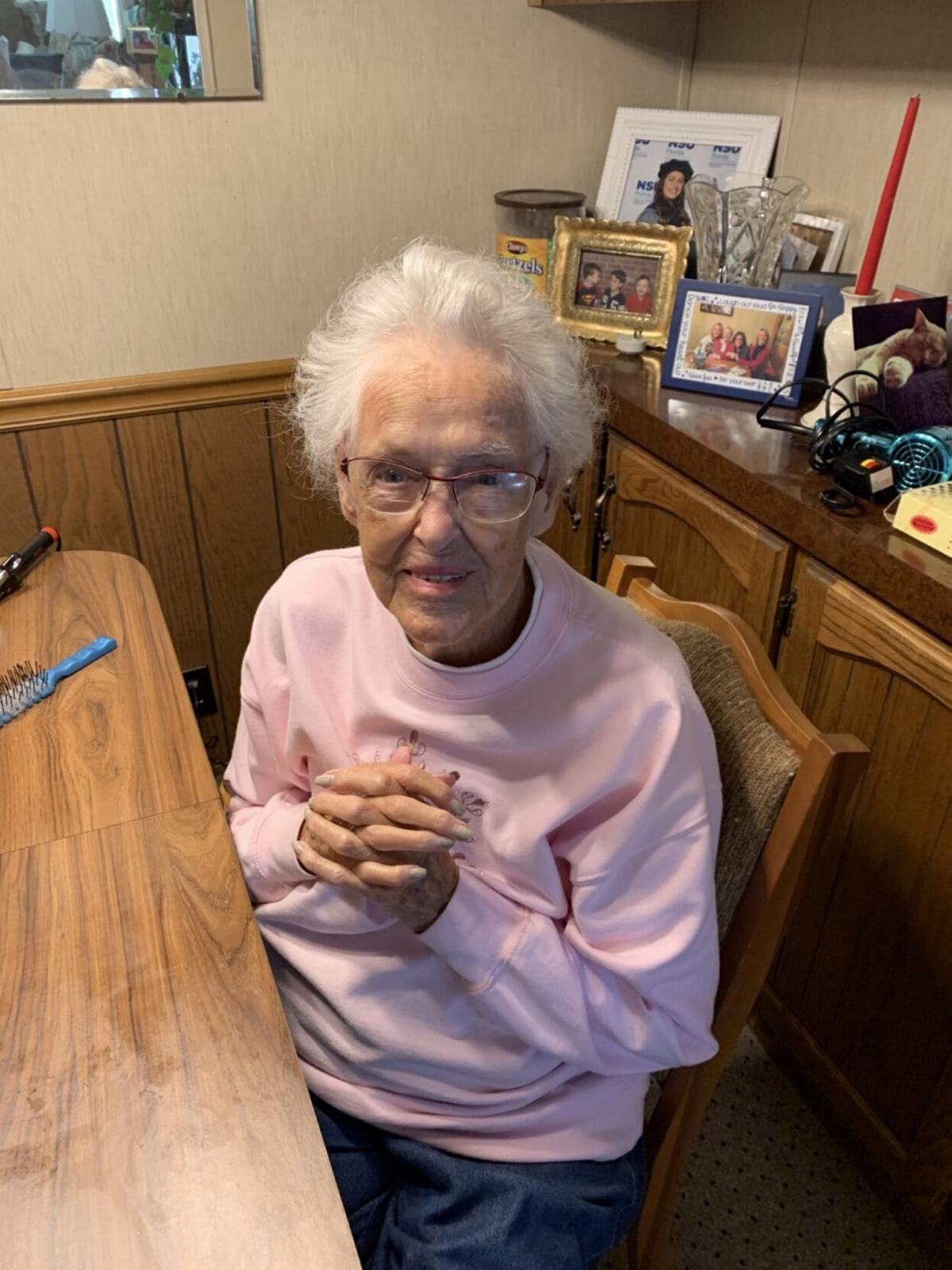 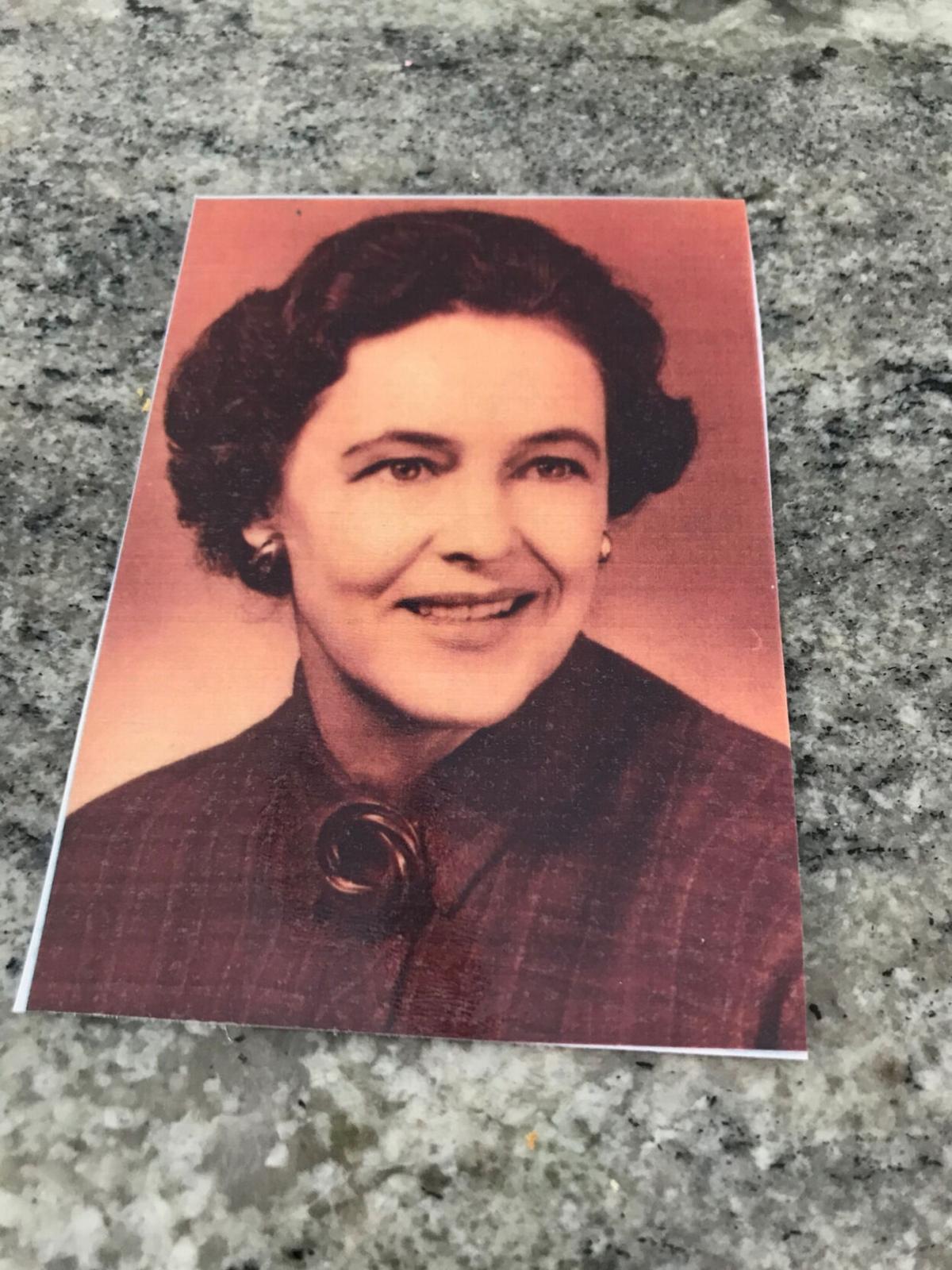 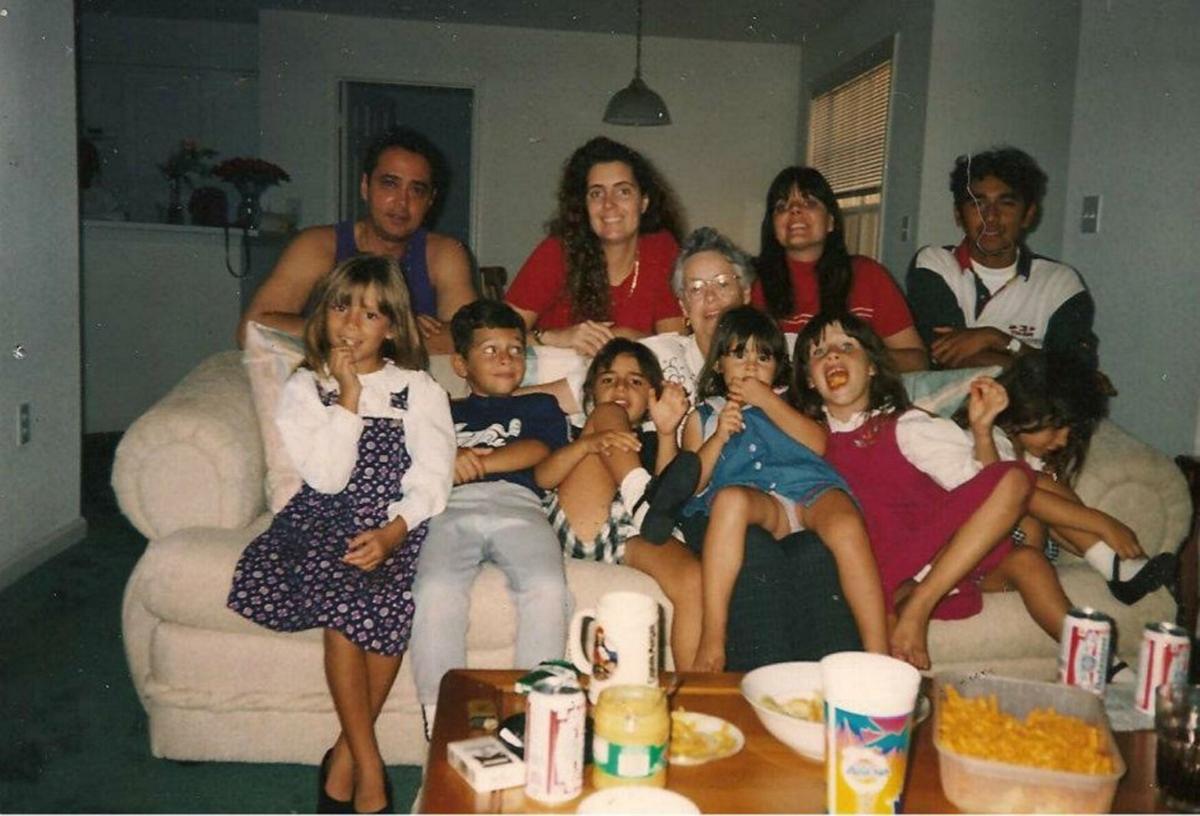 Regina Fritz surrounded by her granddaughters Phaedra and Regina, both in red, and their children. Contributed photo 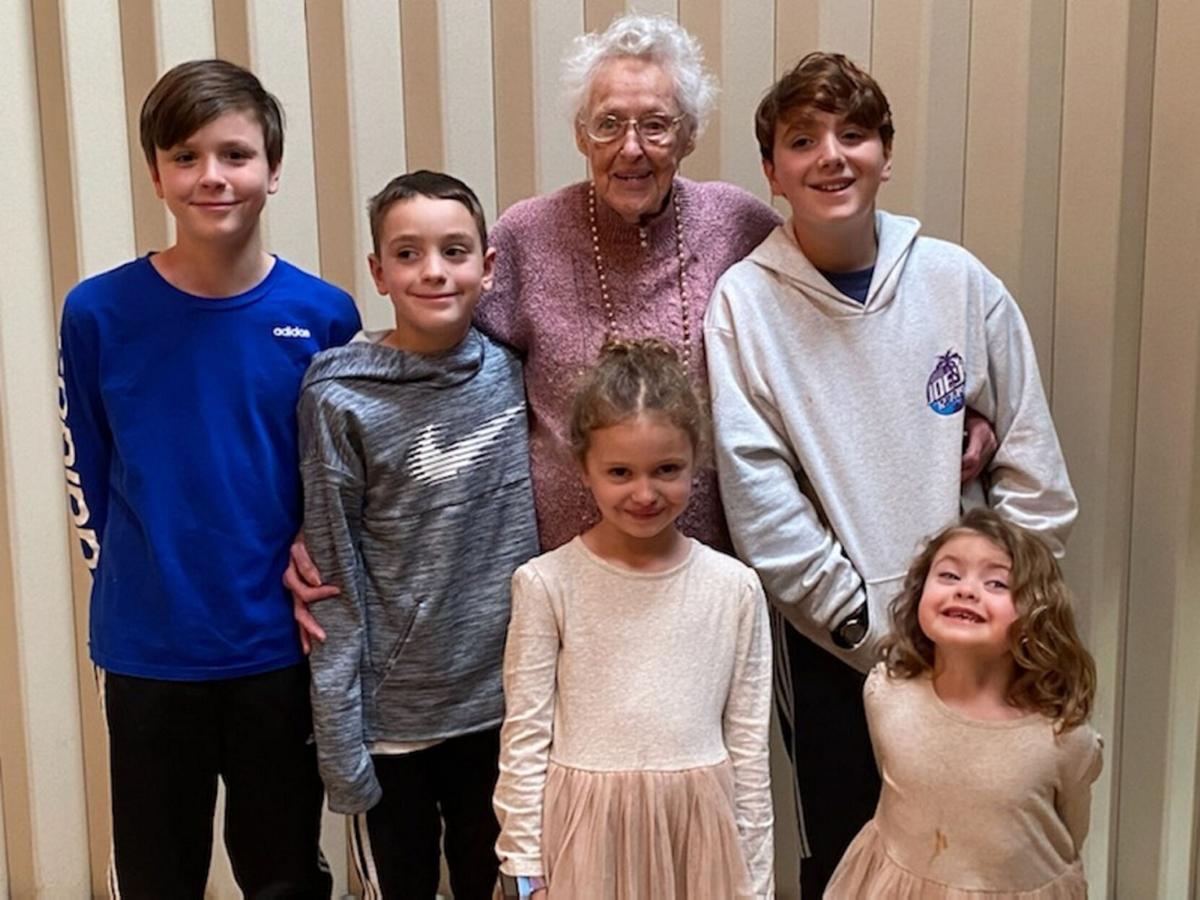 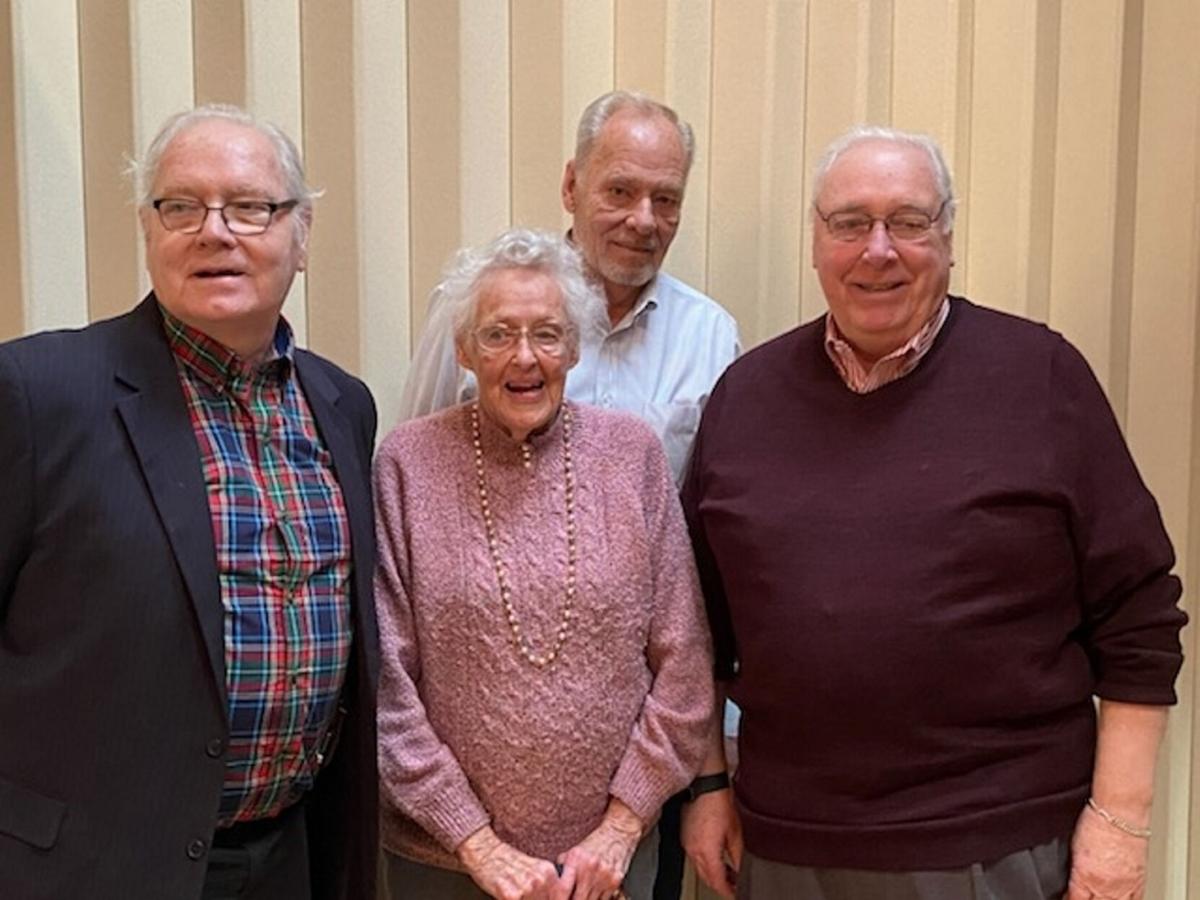 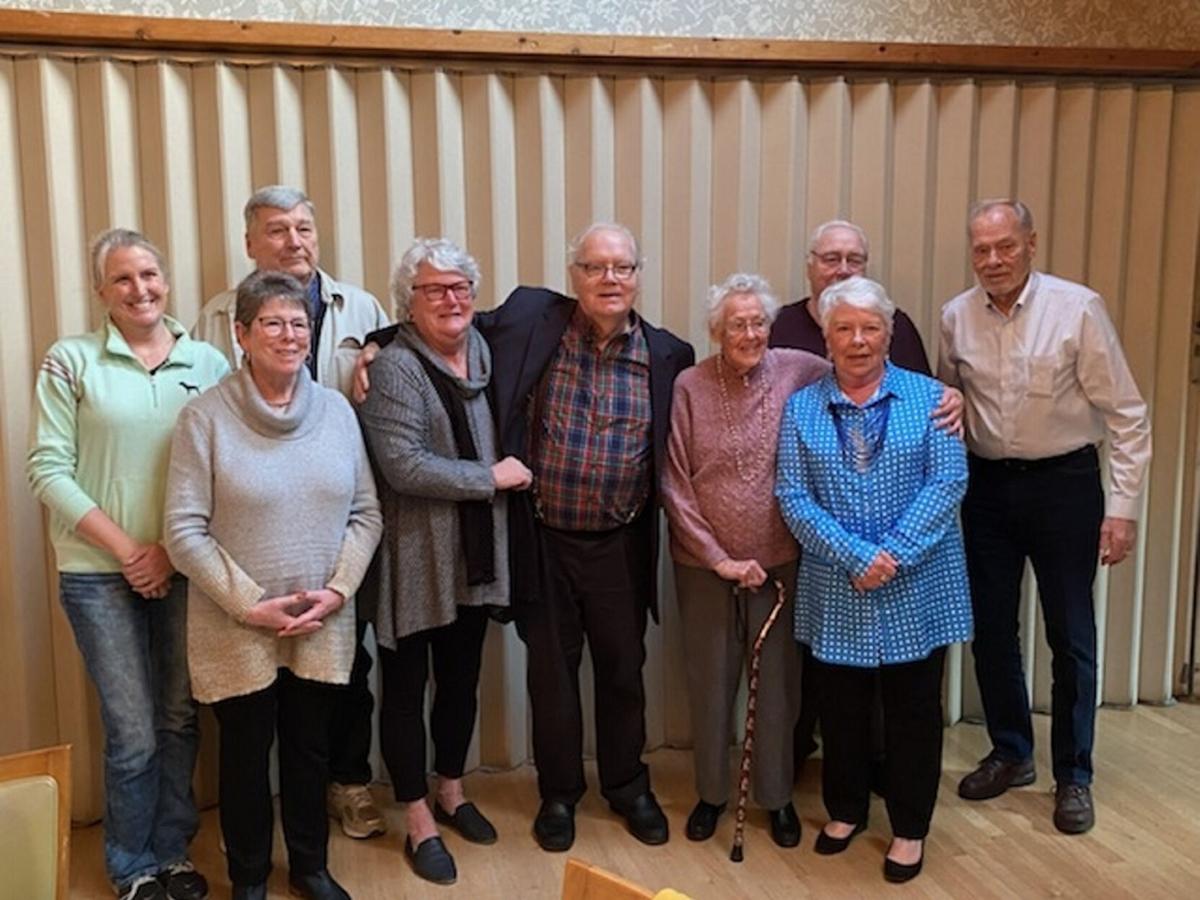 Regina Fritz surrounded by her granddaughters Phaedra and Regina, both in red, and their children. Contributed photo

Regina Fritz, who grew up in Philmont and lives in Claverack, is celebrating a milestone few reach — she will turn 100 years old Feb. 17.

Fritz is optimistic and loves her life, even as she’s stuck inside and left in the dark about a COVID-19 vaccination.

“I’m excited,” she said about turning 100. “Not many people get this old and I’m not bragging, but I’m just grateful that I’m alive and get around and do pretty much like I want to do.”

Fritz grew up in Philmont until she was 18, then lived in Bridgeport, Connecticut, before moving to Claverack, where she has lived for the past 30 years. She drove to Melbourne, Florida, for the winter months for about 10 years until she was told to stop driving about five years ago.

“But she’d get caught driving to get her hair done,” her granddaughter-in-law Peggy Almstead said.

Now Fritz lives with her son Robert Almstead, 78, who moved from Utah three years ago to care for her. She has three other sons, Richard, Eugene and William, who died. Fritz’s second husband died of cancer about 30 years ago, before she moved back to Columbia County, Robert Almstead said.

“I like my life,” Fritz said. “I’m very happy here. My son is excellent taking care of me and he does everything — he knows what I like, what I don’t like, and he makes sure I get what I like. I don’t look for anything expensive, I just look for ordinary things. But I’m happy living here. I’ve been here for 30 years and it’s been wonderful.”

“It’s hard to keep track of them there are so many,” he said.

Fritz’s mother died when she was two years old, so she and her four siblings grew up with her mother’s aunts in Philmont.

“We had a wonderful life with my three old ladies,” she said of her great-aunts.

The three aunts never married. One did the housework, one cooked and the other worked in the mills, Fritz said.

Fritz loved playing basketball at the Crusader Club in Philmont and playing golf. She played golf into her 80s, her grandson Kenneth Almstead said.

Her positive outlook on life seems to be her key to longevity, Robert Almstead said.

“She doesn’t seem to be a worrywart and I think when something bad happens she seems so positive about it,” he said. “And I do the opposite. She has a good attitude. When things bother her it’s not like she’s insensitive or anything like that, it’s just that she doesn’t make a big deal about it.”

When the weather was warmer, Fritz and her son went down to the Hudson River almost every day to people-watch, animal-watch and watch boats go by. They became friendly with other waterfront regulars.

Now she sits at her sliding glass doors looking outside, soaking up the sun.

“I love to be outdoors and I will sit outside on the porch whenever I have the opportunity and the sun is shining,” Fritz said. “And I love to sit in the sun and get a little tan on my legs maybe.”

Fritz thinks her secret to her long life is her routine.

“I eat three meals a day,” she said. “Every summer, winter, I have breakfast, I have lunch and I have dinner. And somewhere along the line, every day, I have a dish of ice cream. I love ice cream.”

Even when they’re not home, Fritz will say, “We gotta get home and eat!” at lunch time, Robert Almstead said.

Fritz is organized and doesn’t like anything out of place in the house, Robert Almstad said. She makes her bed every morning and while her son does most of the cooking, she insists on helping with the dishes.

“She’s very independent and very determined,” Robert Almstead said. “If she wants to do something she’ll do it — not dangerous things.”

Fritz’s grandson Kenneth Almstead has memories of Fritz always with a Budweiser in hand.

“She always loved to drink beer,” he said. “She always had a boyfriend or an acquaintance.”

The biggest changes Fritz has noticed over the years are her big television set and everyone having a vehicled.

“Everybody has a car now, that’s one thing,” she said. “You know, we could go cross country now if we want to, or down south, up north, anyplace we want to go we can drive. As a little girl I didn’t go far from home, I know that.”

“All the men were gone and my father was in the war,” she said.

Along with her son, Fritz has two home aides who take turns caring for her.

“One woman comes during the day and another one comes on the weekends and that’s very good for her because she likes women and so she has an attachment to [them],” Robert Almstead said. “They’re really nice women and I can tell they love her and she loves them.”

Fritz loves cards, but Robert Almstead is not a fan, so luckily, the aides play with her.

“They’re very, very, kind to her, so she responds in the same way to them,” he said. “They’re good friends. Women can do things for women.”

Peggy Almstead has known Fritz for 15 years, but feels like she’s known her forever.

“I feel like she’s been my grandma all my life,” she said. “We just have this special bond where we just connected immediately.”

Fritz has struggled to get an appointment for a COVID-19 vaccine and is afraid to leave home because of the pandemic. Her son is also hoping for the vaccine. When Robert Almstead has gone to pharmacies to ask about the vaccine, they tell him to sign up online, but he and Fritz don’t have a computer.

“I’m not good with computers,” he said.

His brother has them on two different lists, but nobody has contacted them.

When at home, Fritz doesn’t watch a lot of television. She uses her son’s magnifying glass to read. She gets the newspaper, but focuses on the obituaries to see if any of her friends passed away, Robert Almstead said.

In the past few years, three or four of Fritz’s friends have died, he said. Some of them used to play cards together. But Fritz’s friend Jane lives across the street, and before the pandemic, Jane would take Fritz shopping or out to lunch.

Fritz is happy with her age, she said.

She is going to try to have a happy birthday, even though she won’t have a get-together as usual due to the pandemic.

“I’m going to try, and with all these lovely people around me, if I don’t have a good time it’s my own fault because everybody is very good to me and my son Robert is my right hand. He helps me; he lives with me and I’m well taken care of. I’ll be 100 soon. I like that.”

Robert Almstead and Fritz joke about the Rockettes coming up from Manhattan to dance for Fritz’s birthday, Almstead said.

“Get ready for your birthday, Mom. The Rockettes are coming, but just the old retired ones with their kids,” he teased.