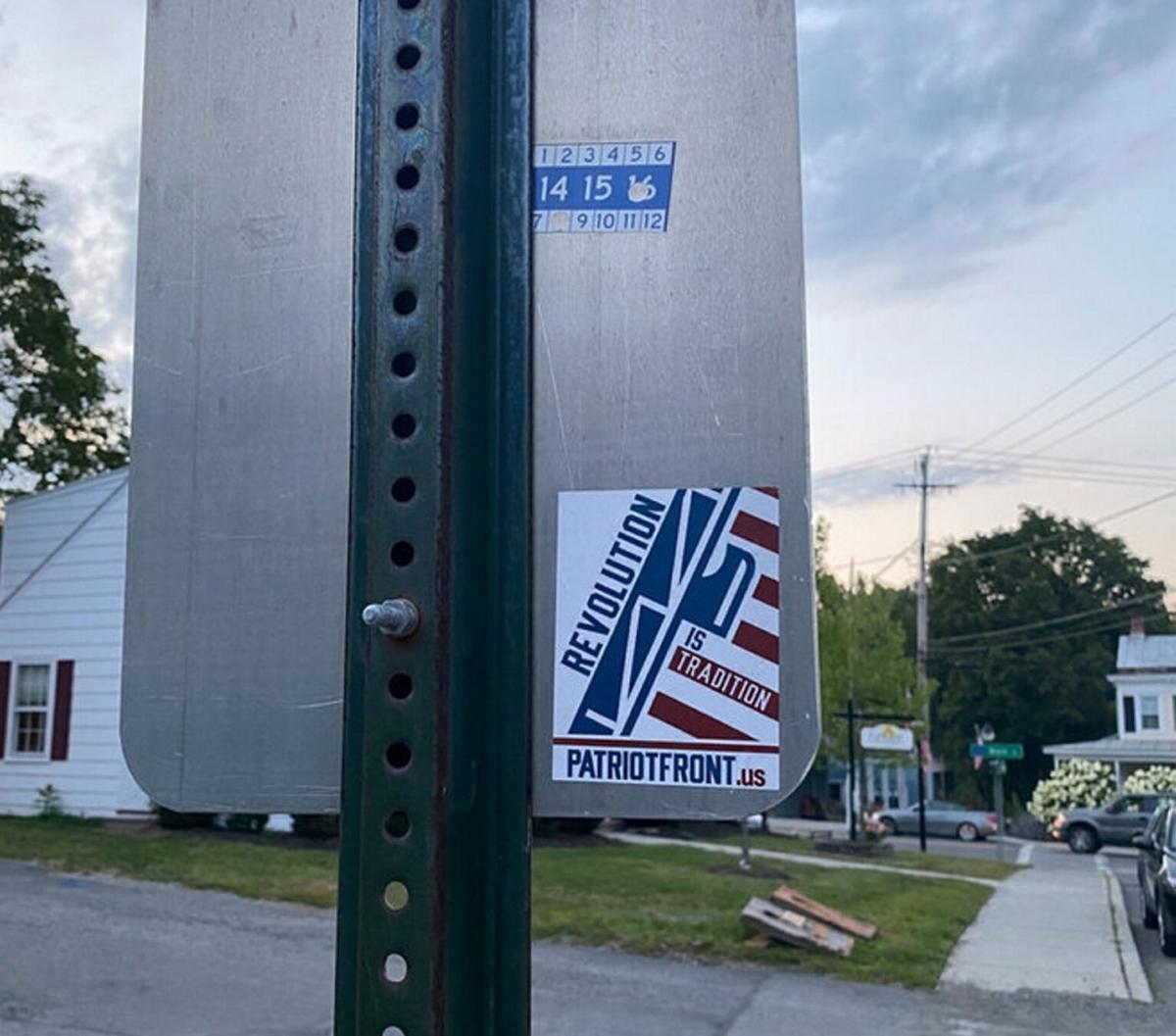 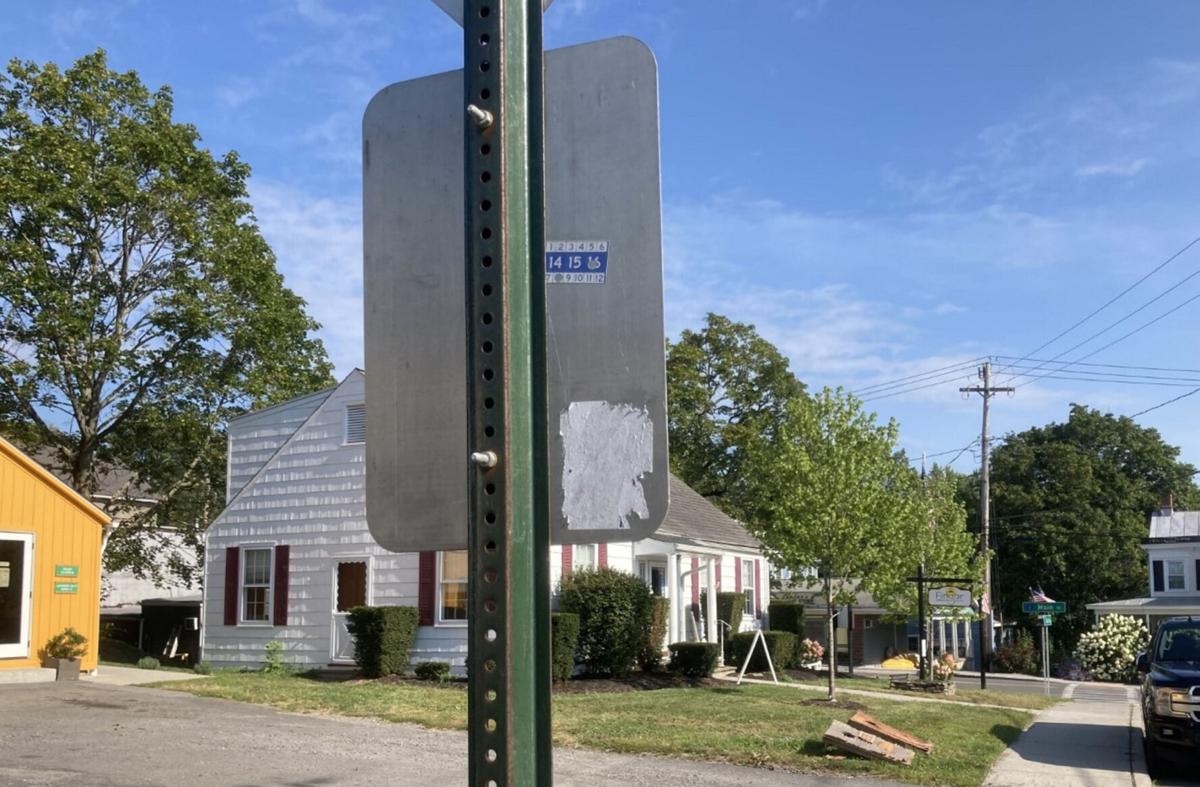 Stickers were removed from signs in Germantown. Natasha Vaughn/Columbia-Greene Media

Stickers were removed from signs in Germantown. Natasha Vaughn/Columbia-Greene Media

GERMANTOWN — Several more Patriot Front stickers were found in Germantown over the weekend. A total of six stickers from the white supremacist group were reported.

Patriot Front recruits and spreads its message online and by distributing banners, flyers, posters and stickers.

“Saturday morning I had three emails first thing in the morning, I came to work and I removed four of the stickers myself,” Germantown Town Supervisor Robert Beaury said. “A couple of others were too high up for me to get to, so I had to get our crew to get them down.”

There is no investigation at this time, Beaury said. He will be speaking with the Columbia County Sheriff’s Office about the stickers.

“It’s unfortunate but these occurrences are happening more and more frequently in our town,” Beaury said. “And we will address them when they come up. It’s hard, especially with the resources that would be necessary. I’m not in any sense of the word suggesting this isn’t important but I know deputies are shorthanded, there’s a lot of things going on,” Beaury said.

If anyone sees any other stickers, Beaury advised letting town officials know and remove the stickers themselves if they are so inclined.

Local activist Michael Richardson said this is the third time Patriot Front stickers have been found in Germantown. A local woman reported the stickers to Hate Watch Report, a tool used for receiving and reporting news about hate or extremist groups and informing the public about them.

“What this leads me to think is that they are repeatedly showing up at different times and the stickers are different vintages,” Richardson said. “That means that someone is getting a sticker and going out and putting it up. It’s not like a campaign came through town.”

Patriot Front is a group Richardson said is known for going on a “blitz” and going in and papering an area with signage, stickers and graffiti. He said the group has done that type of activity in Orange County and New Rochelle. He said in those areas they go in and put up dozens of stickers.

“That’s not what’s happening around here,” Richardson said. “It’s like one or two people that are going through and occasionally putting up a sticker.”

The three different times the stickers were reported in Germantown, they were different vintages and looked different, Richardson said.

“Three different times, three different vintages: That kind of indicates it was a local person,” Richardson said. “But we have no proof.”

Patriot Front and other similar groups have a presence on Facebook and online, Richardson said. People like to talk and tell others about what they have done.

“Usually, if there’s local activity, it’s not being done with absolute secrecy,” Richardson said. “People like to talk. Eventually you can find out who’s doing what, because people talk, they like to brag, they may tell their neighbor, ‘Oh, I did this.’ So I think if there was an investigation where people were asking around more you might be able to find out who’s in on this.”

The sheriff’s office or the Columbia County District Attorney’s Office would have to start an investigation into something like this, Richardson said. Patriot Front stickers going up on road signs in town is potentially a hate crime and potentially defacement of public property, he said.

Kind of coincidental that it's always this same woman that finds them, in different places, then reports them to this group, no?

3 FAQs about dating this holiday season

Tips for making your poinsettia shine through the season and beyond