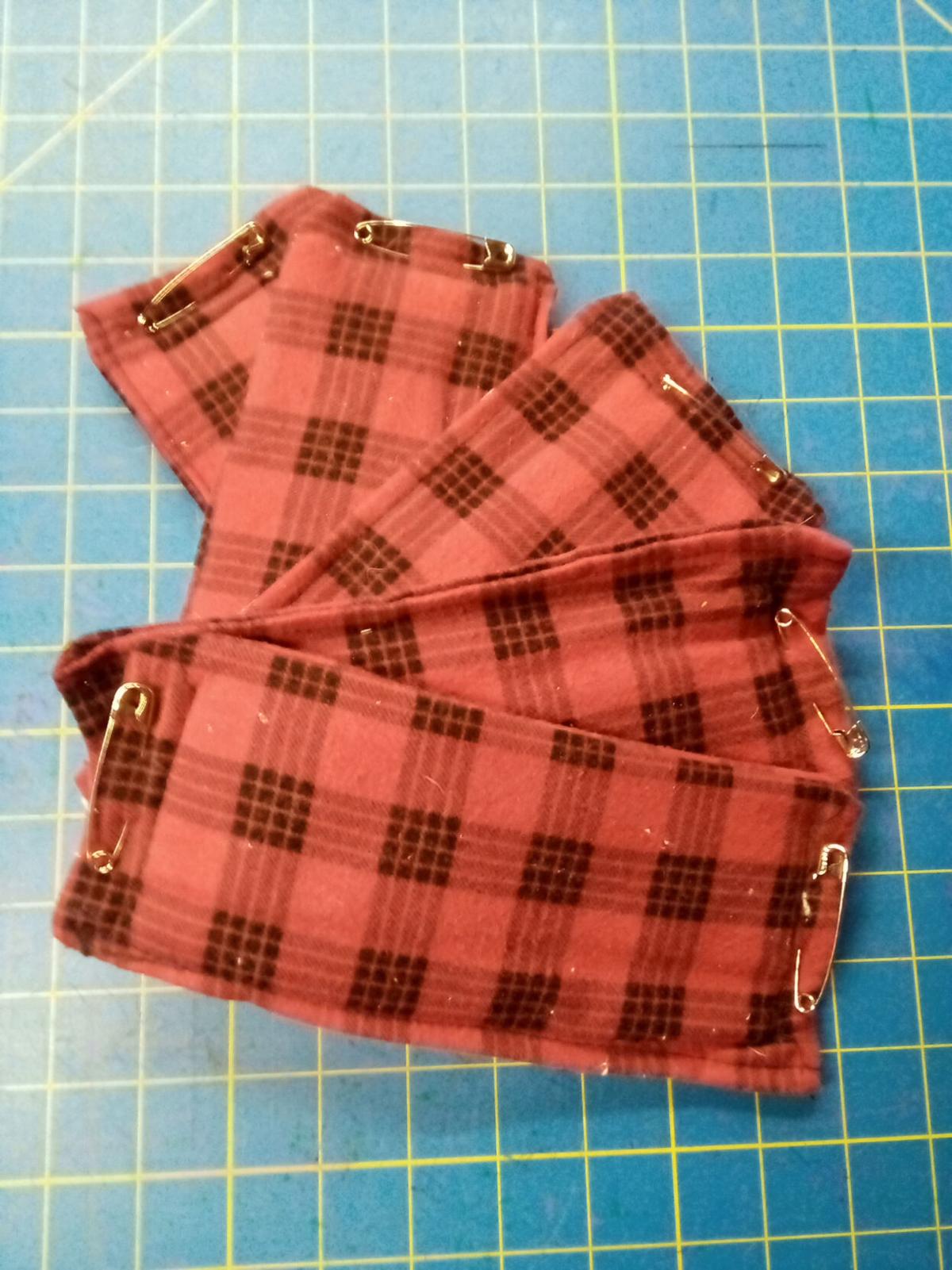 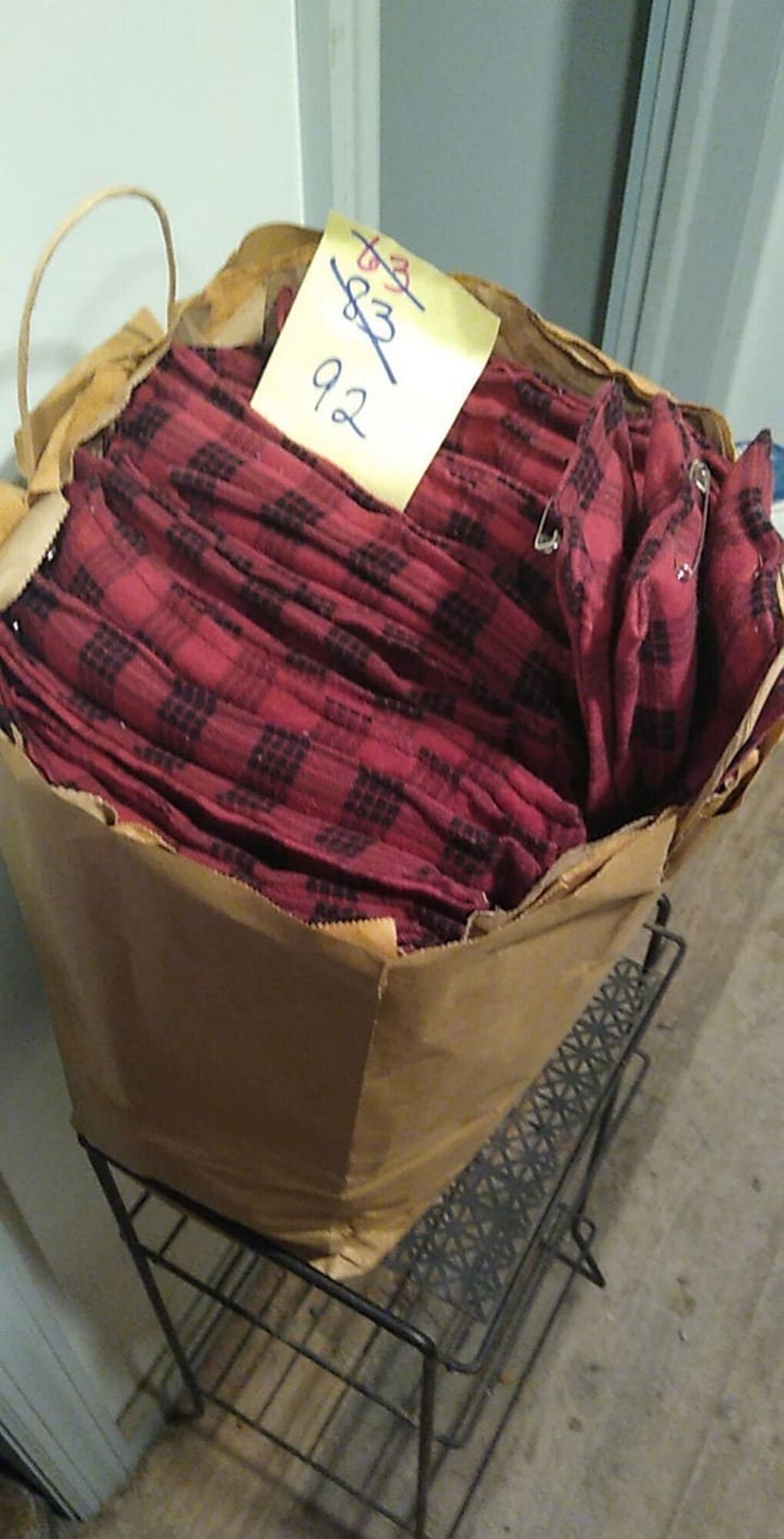 HUDSON — Marjana Jasmin-Roshidi has been gathering donations from local residents to bring 600 reusable menstrual pads to Bangladesh, where menstrual health is inaccessible for many.

Jasmin-Roshidi, 26, has raised $720 of her $1,000 goal on her fundraiser called “Confidence for Bangladeshi Women” and a $50 cash donation. Stockport resident Joan Horgan has hand-sewn 92 reusable pads for the cause.

Horgan, 64, has sewn for years and has never made pads before. She looked into what materials would be naturally soft on the body, absorbent and easy to wash and made pads with batting and flannel, she said. She plans to make more pads after getting feedback from people who have used them.

Jasmin-Roshidi expects to distribute around 600 pads during her upcoming trip to Bangladesh. She bought 40 to 50 pre-made pads and 120 pairs of underwear. The rest, an anticipated 400 to 500, will be made by a female tailor in Bangladesh out of a polyurethane fabric, terry cloth and bamboo fleece, Jasmin-Roshidi said. She wants to give a minimum of three pads to each recipient.

“Growing up in America, I’ve been slightly blinded by privilege,” Jasmin-Roshidi said. “My recent almost five-month trip to Bangladesh made me aware of how hard women have it in a Third World country.”

During her visit, which was in November 2019, she asked her younger female cousins if they needed or wanted anything and they all asked her to buy them menstrual pads. The pads are expensive, and even for those who can afford them, buying them comes with a perception of shame.

“With menstrual health there is a stigma,” she said. “It’s very taboo. You don’t really talk about it, you keep it a secret from men. It’s really hidden. A lot of men don’t understand why it happens or how to deal with it.”

Her cousins were taken aback at how comfortably she asked them questions about menstruation and would only talk with her about it behind closed doors, she said.

“It’s such a different culture when it comes to things that women need in general,” she said.

When she bought underwear for her cousins during her visit, men walked by and snickered, she said.

Most of the shop keepers are men and don’t typically negotiate the price of pads, which they do with other items, Jasmin-Roshidi said. Girls usually go out shopping with a male family member, making getting menstrual products secretely more difficult.

“I felt the embarrassment, even though I grew up here and I’m pretty westernized,” she said of buying pads in Bangladesh, calling it second-hand embarrassment.

The shop keeper wrapped the package of pads with newspaper and double bagged it so it wouldn’t show through the bag, she said.

“It was a completely different experience than what I go through,” she said. “I just go to Walmart, I buy it and if the cashier sees it, it’s not a big deal.”

But the embarrassment surrounding menstruation translates to the Bengali community in Hudson, Jasmin-Roshidi said.

“We bring our culture with us,” she said. “My parents brought it with them and they pass it down to us. I was raised in America. I came here when I was two; I still will not feel comfortable talking about something like this with my dad or my uncle or my brothers and I think that’s why the topic isn’t being brought up.”

From all the donations, only a couple were from men, Jasmin-Roshidi said.

“I don’t think men are aware how necessary this is to us, not even my own male family members have donated,” she said.

Most of the initial donations were from Bengali women who reached out to her, sharing experiences of buying pads to distribute among their families in Bangladesh as well.

She posted the fundraiser in a local Hudson Facebook group and was first met with a comment from someone saying they would rather support women in the United States. But other group members showed support.

Jasmin-Roshidi was surprised with the amount of support she got from friends, family and the Hudson community, she said. Her initial goal was $500 and she expected to raise around $100 and put in her own money.

Bangladeshi girls she spoke to that don’t have the money to buy pads or can’t go out to buy them use rags at home, she said.

“Hygiene itself is not accessible so adding menstruation on top of that definitely doesn’t help,” she said.

Sixty-six percent of women and adolescent girls in Bangladesh used dirty cloths during menstruation and 30% of girls in school are absent for three days a month because of lack of proper facilities in school, according to WASH Alliance International.

A quarter of female students in Bangladesh do not go to school while menstruating and over a third say menstrual issues negatively impact their school performance, according to Promising Progress, A Diagnostic of Water Supply, Sanitation, Hygiene and Poverty in Bangladesh, published in 2018 by the World Bank Group.

Eight percent of schools in Bangladesh have a separate toilet with soap and water that female students can use for menstrual management and a smaller number has proper disposal mechanisms for used cloths or pads, resulting in 86% of female students not changing their pads while at school, which can lead to discomfort or health issues, according to the study.

For some, certain activities during menstruation are forbidden, including not being allowed to touch certain things, eat certain foods, cook, travel outside or attend religious activities, according to the 2018 Bangladesh National Hygiene Survey. Around 74% of students think certain nonreligious activities like going outside, cooking or eating certain foods are not allowed during menstruation, according to the World Bank study.

Jasmin-Roshidi’s mother stopped going to school when she hit puberty and got married right after, Jasmin-Roshidi said.

“So girls aren’t able to finish their education, they can’t work, they can’t go out to work to provide for their families so it kinda adds on,” she said. “There is so much that builds up when it comes to basic use and just having access to menstrual hygiene products.” She is still figuring out how she will distribute the pads and educate people about them in Bangladesh.

“Accepting help from strangers is a thing anybody would feel uncomfortable with and speaking about something so taboo definitely will be a hurdle,” she said.

When she first spoke to her husband about the project, he was caught off guard and a little uncomfortable, but he is supporting the project and will help with going to the tailor shop and distributing the pads, she said.

“It’s something no one has really talked to him about,” she said. “He felt uncomfortable with it but he understands after talking it through with him and showing him the different aspects of how managing our periods are tough, he understands now and he acknowledges it definitely is a problem in Bangladesh.”