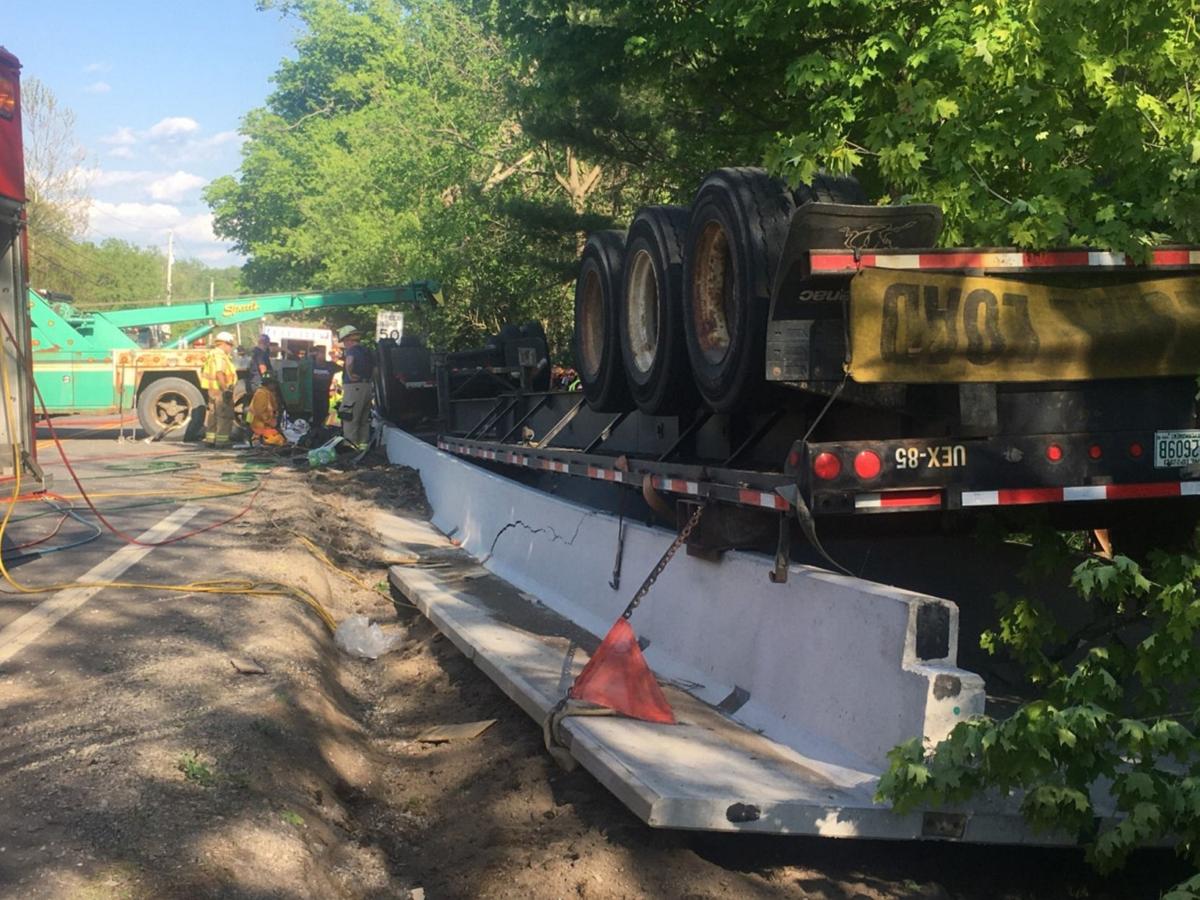 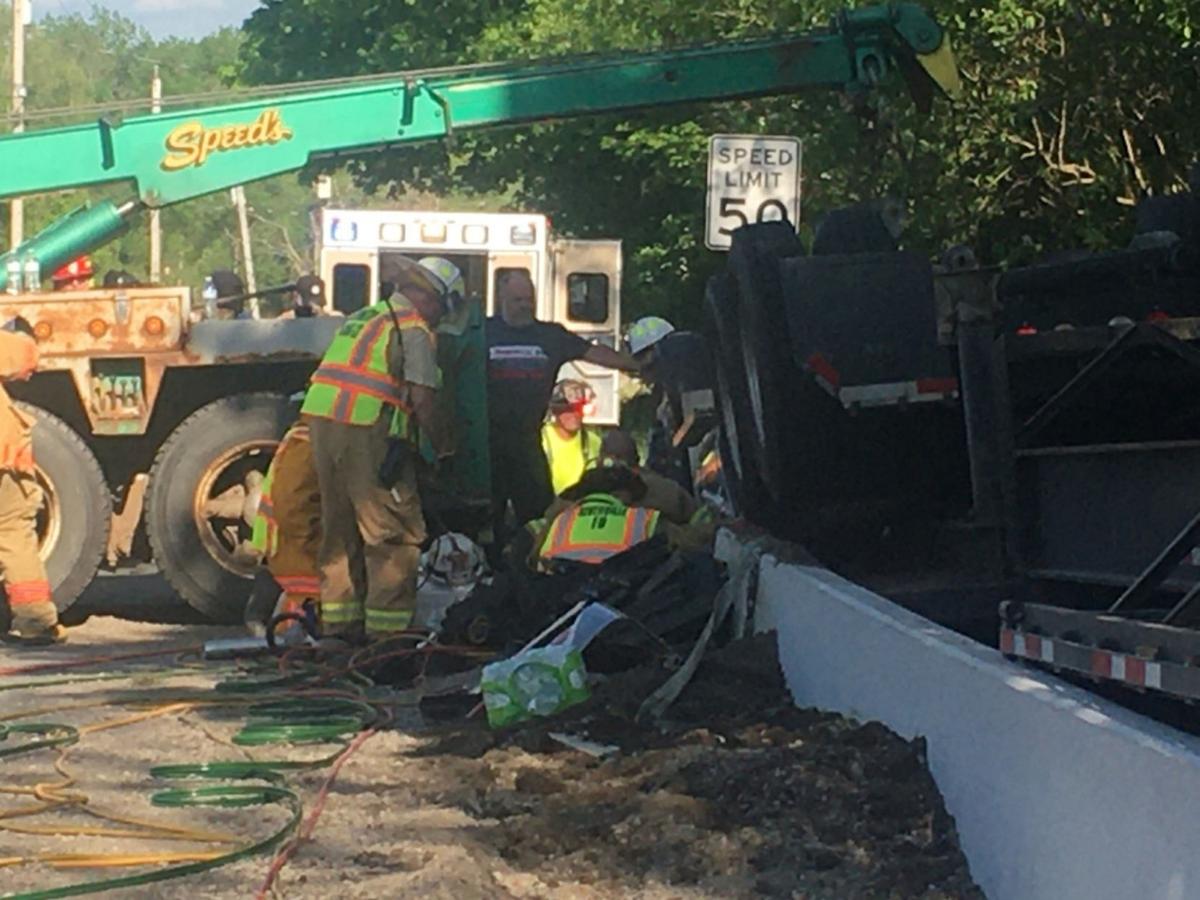 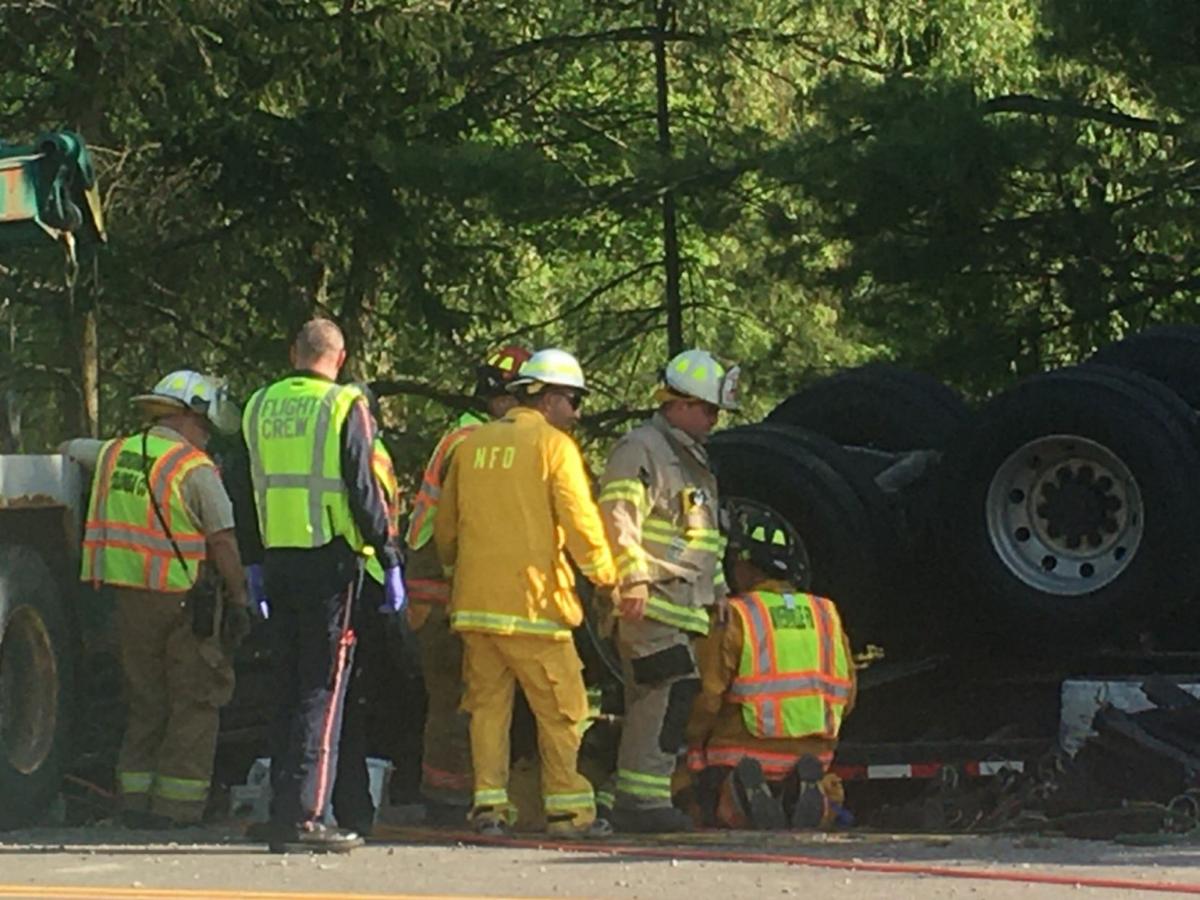 Bill Williams/Columbia-Greene Media A tractor-trailer driver was pinned in his truck after it rolled over in Ghent.

Bill Williams/Columbia-Greene Media A tractor-trailer driver was pinned in his truck after it rolled over in Ghent.

GHENT — The driver of a tractor-trailer was trapped in the cab of his rig for several hours Tuesday afternoon after the 18-wheeler rolled over in Ghent, Columbia County Sheriff’s Department officials said.

Fire and rescue crews worked to free Kristian L. Halvorsen, 29, of Dalton, Massachusetts, who injured his legs in the accident and was airlifted by a LifeNet helicopter to Albany Medical Center, police said.

The tractor-trailer was traveling east on Route 203 in the area of County Route 21B around 4:20 p.m. Tuesday, and while Halvorsen was negotiating a corner, the right-side tires left the roadway, causing the tractor-trailer to overturn on the south side of the highway. landing on its roof, police said.

The tractor-trailer is registered to Berkshire Heavy Haulers, Inc. from Pittsfield, Massachusetts, and was hauling a cement deck structure, estimated at 36,000 tons, to be used for parking garages in Queens, New York, sheriff’s officials said.

The accident is under investigation and Route 203 remained closed into the night while a tow agency worked to remove the tractor-trailer and cement deck, police said.

Fire companies involved in the rescue, or assisting with traffic control or on standby, were Chatham, Ghent, Niverville, Valatie, East Chatham, Greenport and Austerlitz.