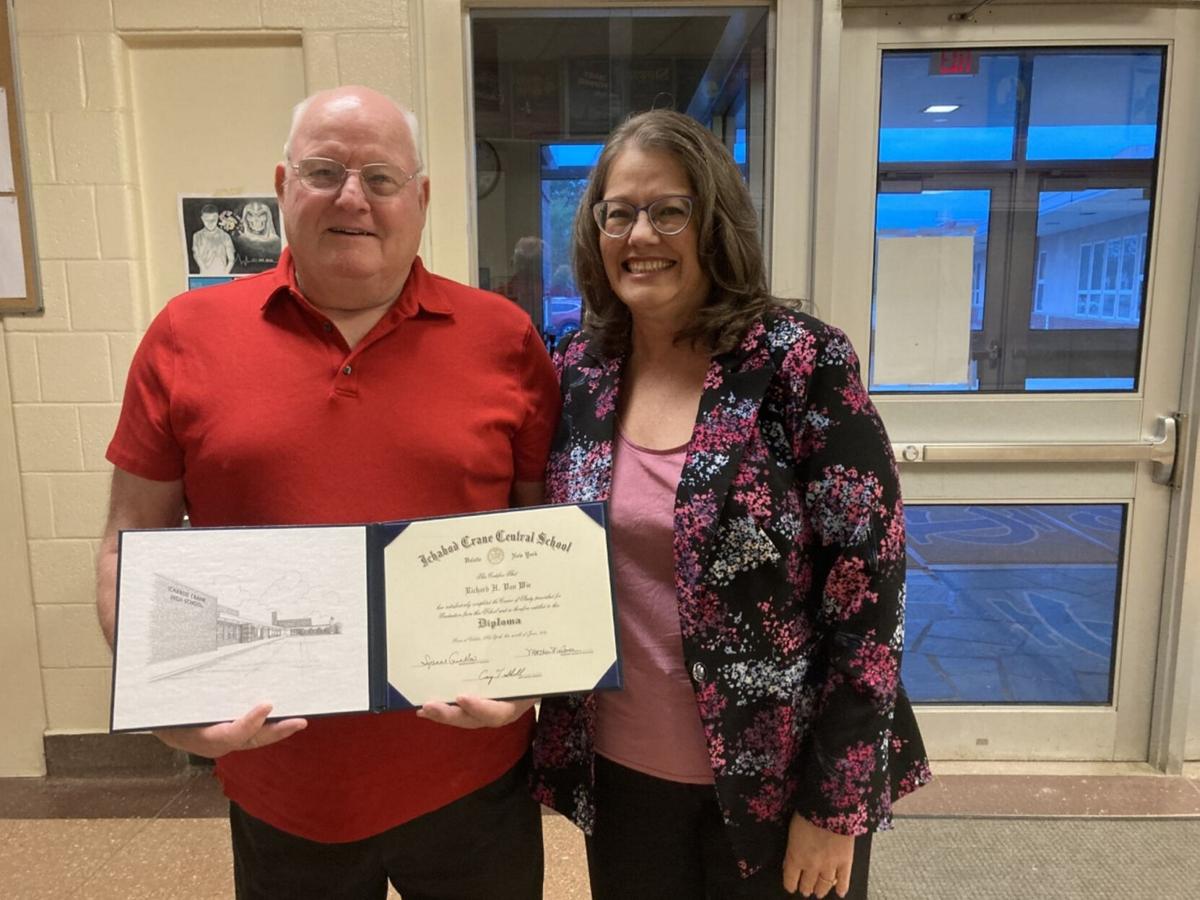 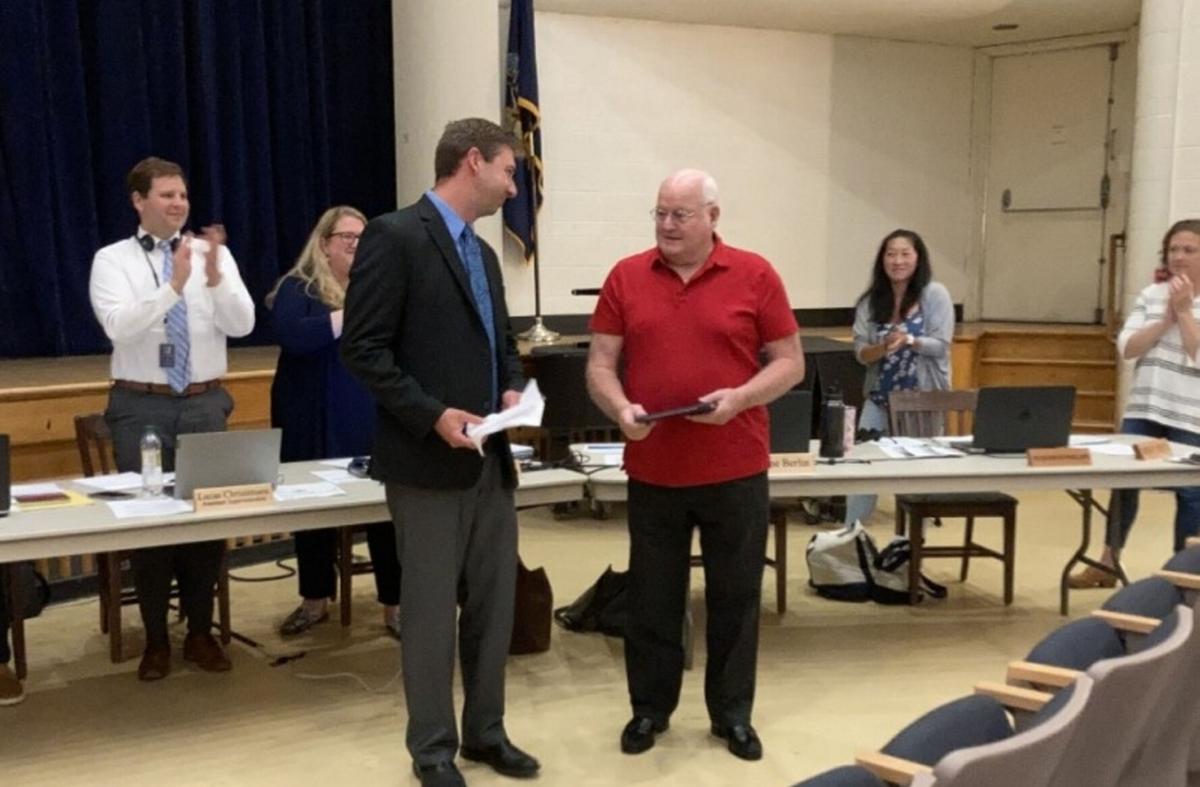 Lance Cpl. Richard H. Van Wie, 80, who served during two of the nation’s biggest military and diplomatic actions of the early 1960s, received his diploma in a surprise ceremony at a school board meeting Tuesday evening at Ichabod Crane High School.

“Mr. Van Wie has always put everyone before himself,” Ichabod Crane High School principal Craig Shull said. “And he believes in taking care of others’ needs first, but it is time for him to be recognized for his selfless accomplishments and his acts.”

Van Wie served in the Marine Corps from 1961 to 1966. He is a recipient of the Good Conduct Medal.

“He was at the Bay of Pigs and the Cuban Missile Crisis,” Shull said. “He was awarded the Good Conduct Medal, which is very hard to receive in the Marines.”

“I’m just dumbfounded,” Van Wie said. “The whole thing just got me. They started talking about someone in the Marine Corps and it’s like, Oh, what’s that all about, could that be me?”

Shull presented Van Wie with his diploma, and the school board members and more than a dozen spectators at the meeting gave him a rousing standing ovation.

Van Wie has two sons and six grandchildren. He wed Maria Smirensky in 1998. She said she met her husband about 10 years before they got together while Van Wie was hosting a party for his older son’s graduation from Ichabod Crane.

“I can’t even explain it,” Van Wie said as his voice cracked with emotion. “This is beyond anything I can come up with. I’m just shocked. It’s lovely though, it’s wonderful. I never expected anything this. I thought Maria was going to have a speech.”

Smirensky said she had been working on the surprise since April. She is an advocate for Alzheimer’s disease sufferers, and she persuaded her husband to come to the meeting by telling him she was going to be addressing the school board about an Alzheimer’s awareness walk in October.

“I told him since this was the business meeting, I was going to speak on behalf of the Alzheimer’s Association and see if the board would support putting a team together for the walk, and I asked him to come for support,” Smirensky said.

She said her husband has helped her and supported her in everything she has done, including helping her to earn her Bachelors degree and two Masters Degrees.

“When I heard about this opportunity, I was watching a newscast and they said there’s a link on our website,” Smirensky said. “So I went to the website, who put me in contact with the school, who put me in touch with Tom [Veterans Advocate Tom Mullins] and he’s taken it from there. We’ve been working on this since April, and I’ve kept it a secret that long.”

Operation Recognition honors the devotion and sacrifice of all Veterans who left school early by presenting them with a high school diploma. Qualifying veterans or their family members must present evidence of the veteran’s military service, including dates of service and discharge status.

The New York State Division of Veterans Services website states Acceptable verifying documents include a DD Form 214 (the Department of Defense discharge form), a WD AGO Form 53-55 form (Enlisted Record and Report of Separation), an Honorable Discharge Certificate, or a Special Discharge form from the Coast Guard or Merchant Marines. Veterans and family members can obtain Operation Recognition information by contacting the New York State Department of Education at (518) 474-8940.

Ichabod Crane Superintendent Suzanne Guntlow said Section 305 of the education law allows New York state high schools to award diplomas to veterans who served in the armed forced during World War II, Korean War and the Vietnam War, or served in any other active duty of the armed forces and was unable to complete their secondary education.

There are three requirements to be awarded the diploma: the recipient must be a New York state resident, must have documented military service and must have received an honorable discharge.