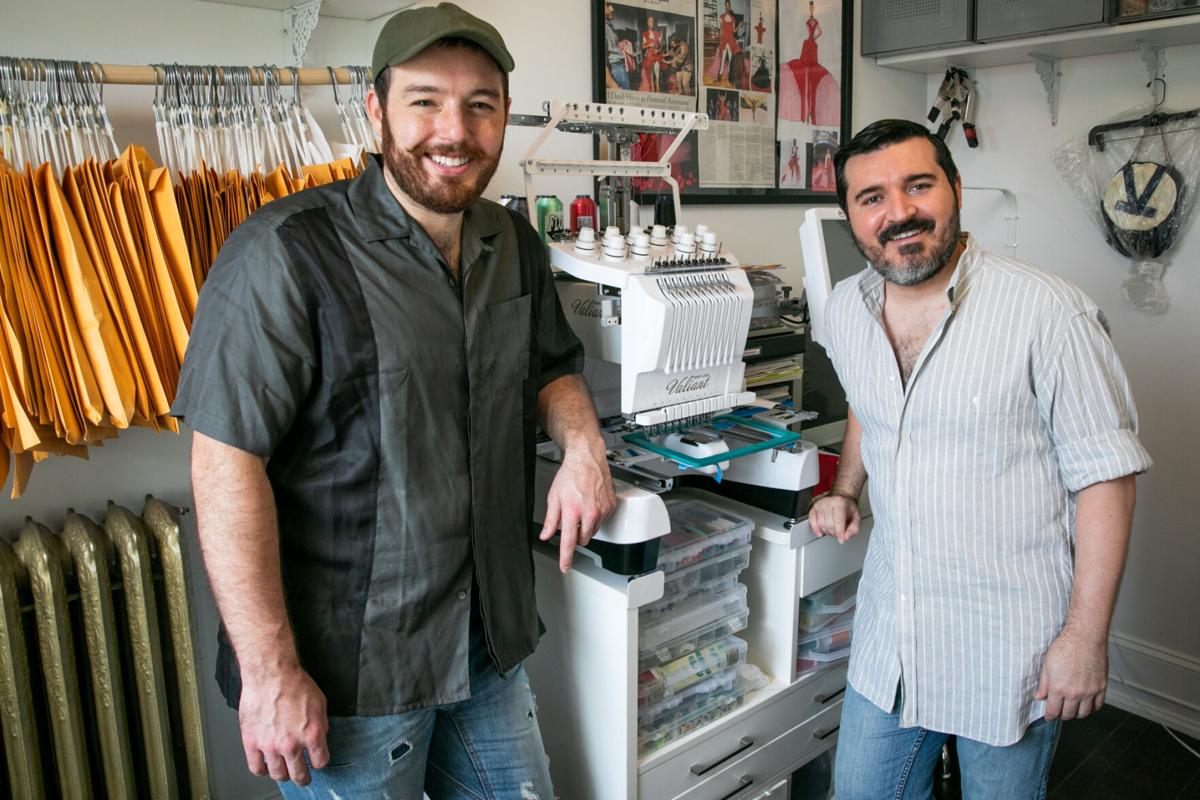 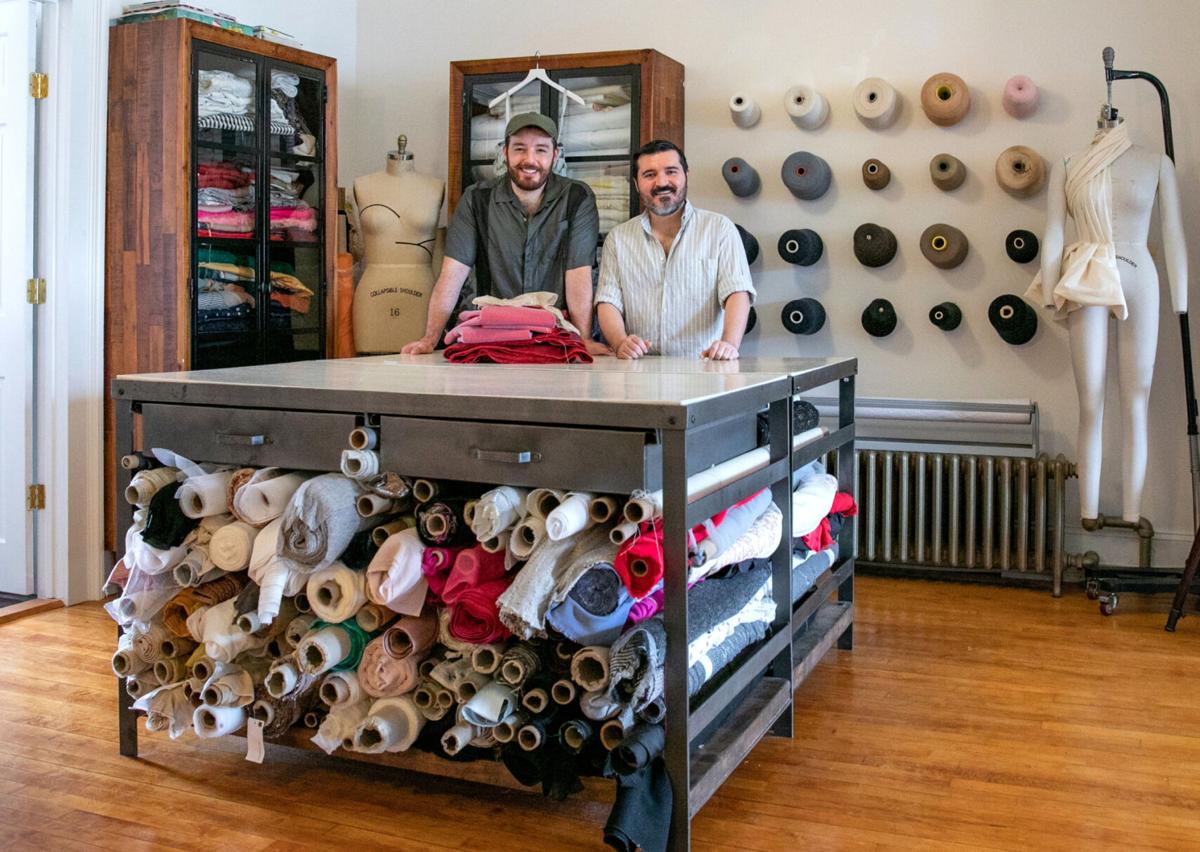 HUDSON — A new initiative called Made in Hudson plans to bring a socially conscious manufacturing center to the city.

The initiative is facilitated by the Hudson Community Incubator, a membership-based network that provides mentorship, training and services for entrepreneurs.

The initiative is in its early planning stages, with HCI collaborating with local creative workers, entrepreneurs and businesses like Spark of Hudson and Operation Unite. Project collaborators will finalize the official proposal this month, HCI founder and director Eric De Feo said.

Made in Hudson organizers hope to obtain a physical space for a manufacturing center in mid- to late fall of this year, he said.

The idea for Made in Hudson originated with Sergio Guadarrama, a fashion designer and former Project Runway contestant. He moved from New York City to Hudson a few months ago with his partner Kade Johnson, where they operate their fashion studio, Celestino Couture.

Dedicated to social change, they were looking for a way to positively impact marginalized people in Hudson. Once Guadarrama connected with HCI, they found their next big project: Made in Hudson.

The company is expected to bring jobs to Hudson, as well as education and training. HCI Program Developer Kris Hassett said the goal of Made in Hudson is to provide job development to marginalized communities through a sewing operation.

“Hudson was a manufacturing hub at one time,” Guadarrama said. “Just in the Hudson Valley, there are a lot of empty buildings that were used to create things,” he said.

Guadarrama and Johnson found their way to Hudson when New York City rents became untenable during the pandemic with closed fabric stores and a landlord unwilling to compromise. They love Hudson, and have big ideas.

“I’m just very drawn to this town and it’s a very progressive location surrounded by a lot of conservative-represented areas, and I feel like we can make some great changes that show people that by doing good and caring for one another we can solve a lot of the problems we have in our country,” Guadarrama said.

“We hyperfocus on the things that make the most money, but in reality there are so many communities around our country that don’t really have anything going for them, and if we can create jobs, create products, make things we are proud of, it’s only going to make our country better,” he said.

But with ambitious goals come a financial reality, and Made in Hudson organizers expect fundraising will be needed to cover the first 18 months to two years of the project, Hassett said.

“At the end of the day, we’re an American manufacturer competing with Asia,” he said. “So what we looked at is other models that have been sustainable for a decade-plus around the country.”

Made in Hudson organizers found guidance from a company in Flint, Michigan, called St. Luke’s N.E.W. Life Center. The Michigan-based organization aims to provide “a safe environment for survivors of abuse and poverty” to work, as well as education and training for everyday skills.

He said that while state funding exists for high-tech programs, manufacturing is considered a “lower-tech” business, and lacks available funding.

“It isn’t all necessarily looking for cash, it’s just looking for partners that will help us build the infrastructure for this cut-and-sew facility, and that want to support the programming around job skill development. And really what we’re looking to create inside of this ecosystem is something that has a bit more of a social awareness, and answering some social needs,” he said.

He said that by bringing in workers who come from disadvantaged backgrounds like a correctional facility, Made in Hudson’s employees will benefit from access to a holistic support system.

“Building in some network for these individuals at no cost is part of what really creates that really great employee-employer relationship, and I think that really trickles down into places like personal finance, mental health and wellness, and some lifestyle things we can give them in addition to just having a job with us,” he said.

Although the business will need to be cognizant of having competitive prices for businesses looking to use their manufacturing, their socially conscious mission will make them appealing to makers, Hassett said.

“If you’re really doing the right thing, then people may pay a little bit more of a premium to have it manufactured through a facility that we know is responsible, sustainable, equitable for its employees. These things are things that makers are looking for and they’re not finding, so we’re looking to fill that void,” he said.

Sirpa Cowell, a Catksill-based fashion designer who has sold clothing at the Hudson River Exchange and Unracked in Hudson, has been lending her manufacturing expertise to the Made in Hudson team because of her experience working with factories.

She has been approached about creating a manufacturing center several times over the past few years since moving to the area, she said.

“But that’s not something that I could fund. It needs a bigger organization to fund it,” she said. “I know a lot of makers around here and there’s definitely a need.”

She said to be financially sustainable, the center should serve small and large companies.

Made in Hudson will open in phases, starting with smaller programming and expanding as they receive feedback from the community.

After they begin manufacturing, organizers hope to also create a food-production facility, Guadarrama said, depending on what local businesses’ needs are.

“It’s just about creating a robust ecosystem of talented trained people to create quality within the community, he said.

Anyone who wants to get involved with Made in Hudson can contact HCI, Guadarrama said.

Hassett said they plan for Made in Hudson to be a non-profit entity that values transparency and community feedback.

“We want to be able to have an impact and be really transparent about what that activity is, and where the funding comes from, and who we are,” Hassett said. “Full disclosure, we’re bootstrapping this ourselves.”

For People Living with Follicular Lymphoma, Routine Medical Check-ins are a Must—Here’s Why

Facing Prostate Cancer with the Help of Precision Medicine

How to find a retirement community that’s right for you

Holiday hints: Gift wrapping and shipping tips from the experts

5 ways to keep healthy habits on track around the holidays