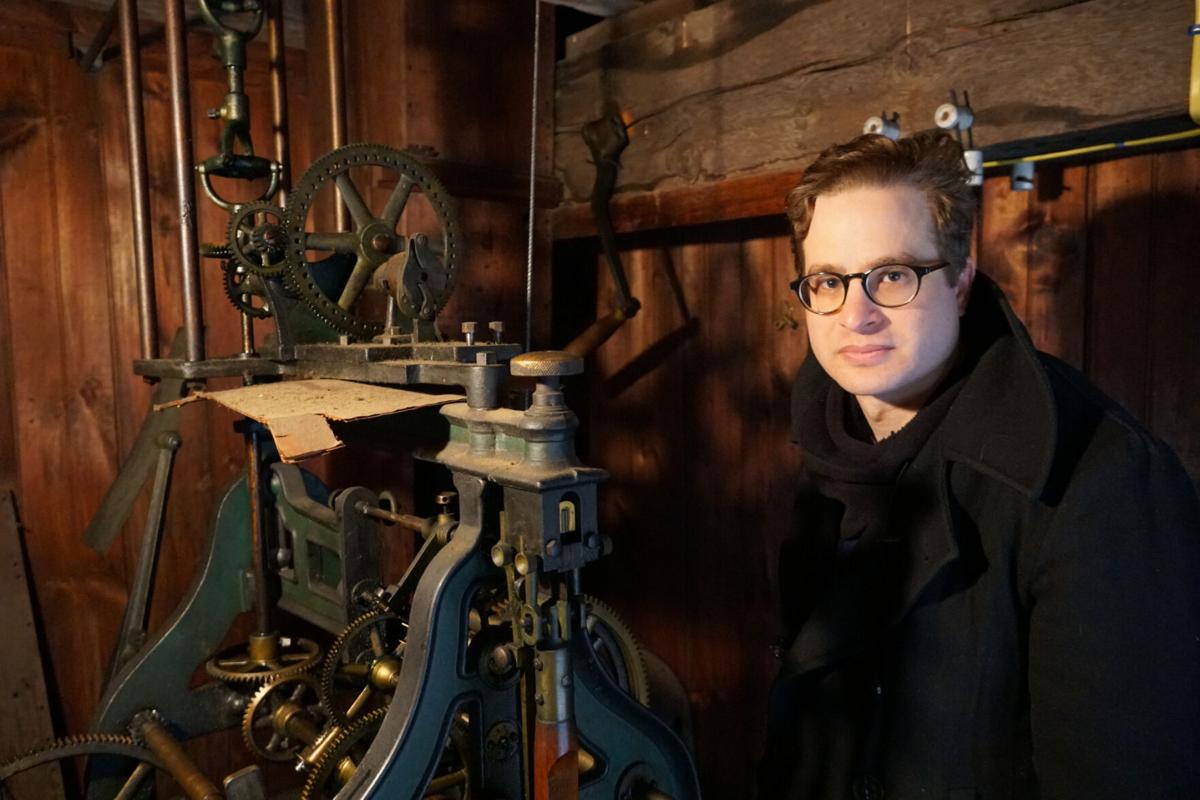 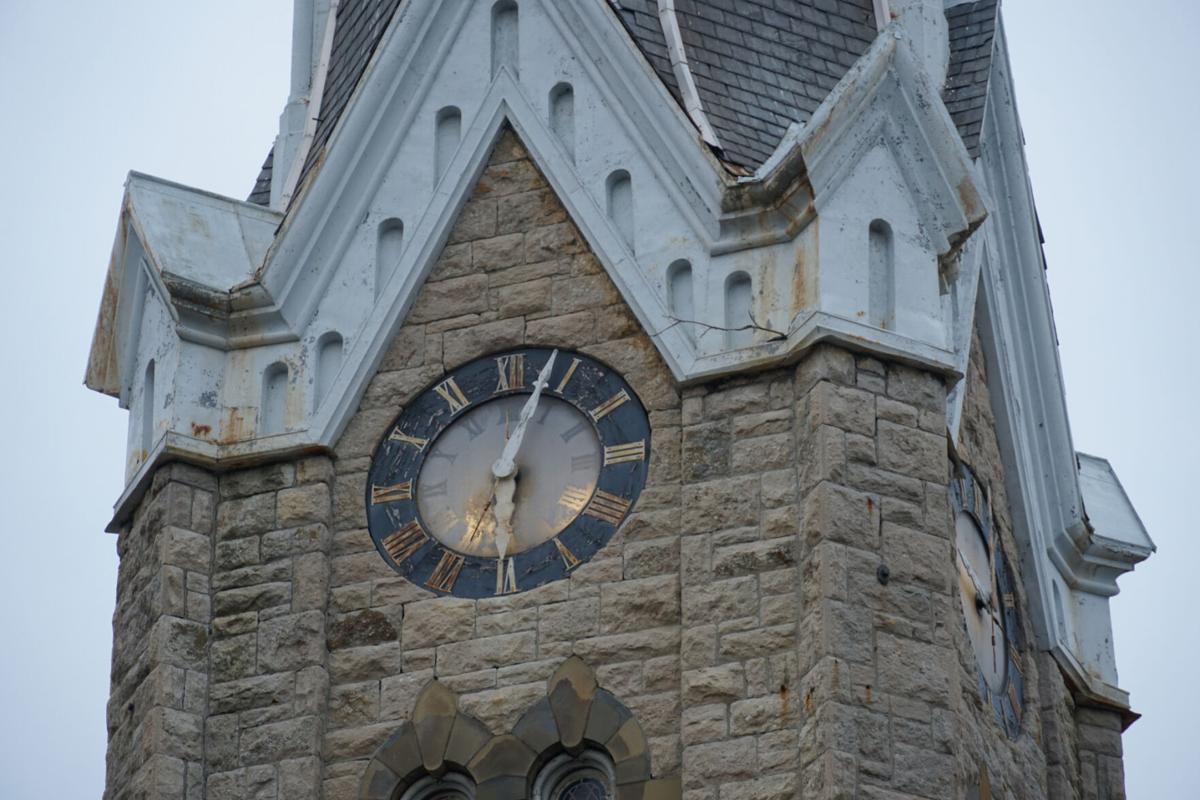 The facade of the Northeast facing side of the clock tower. 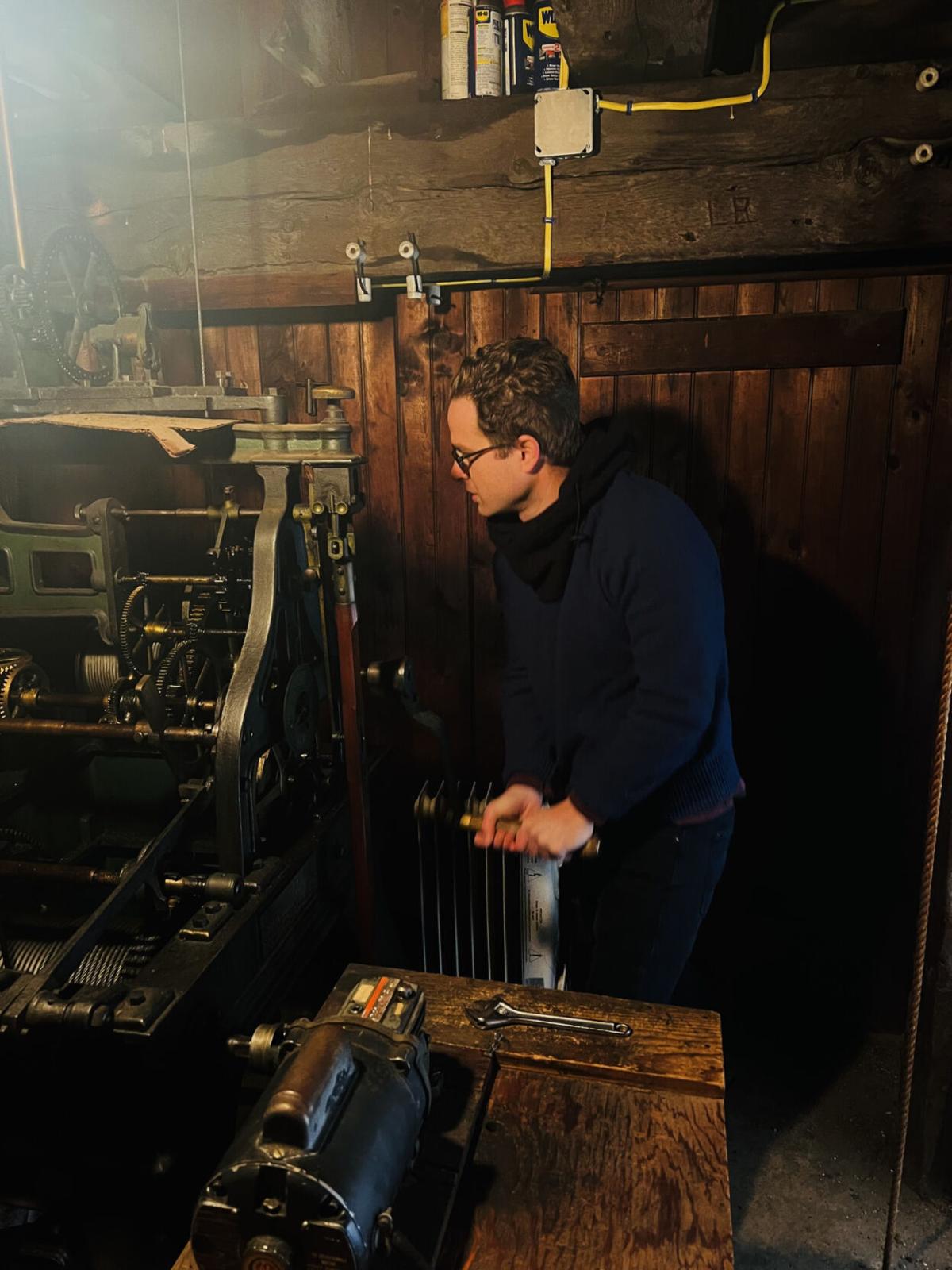 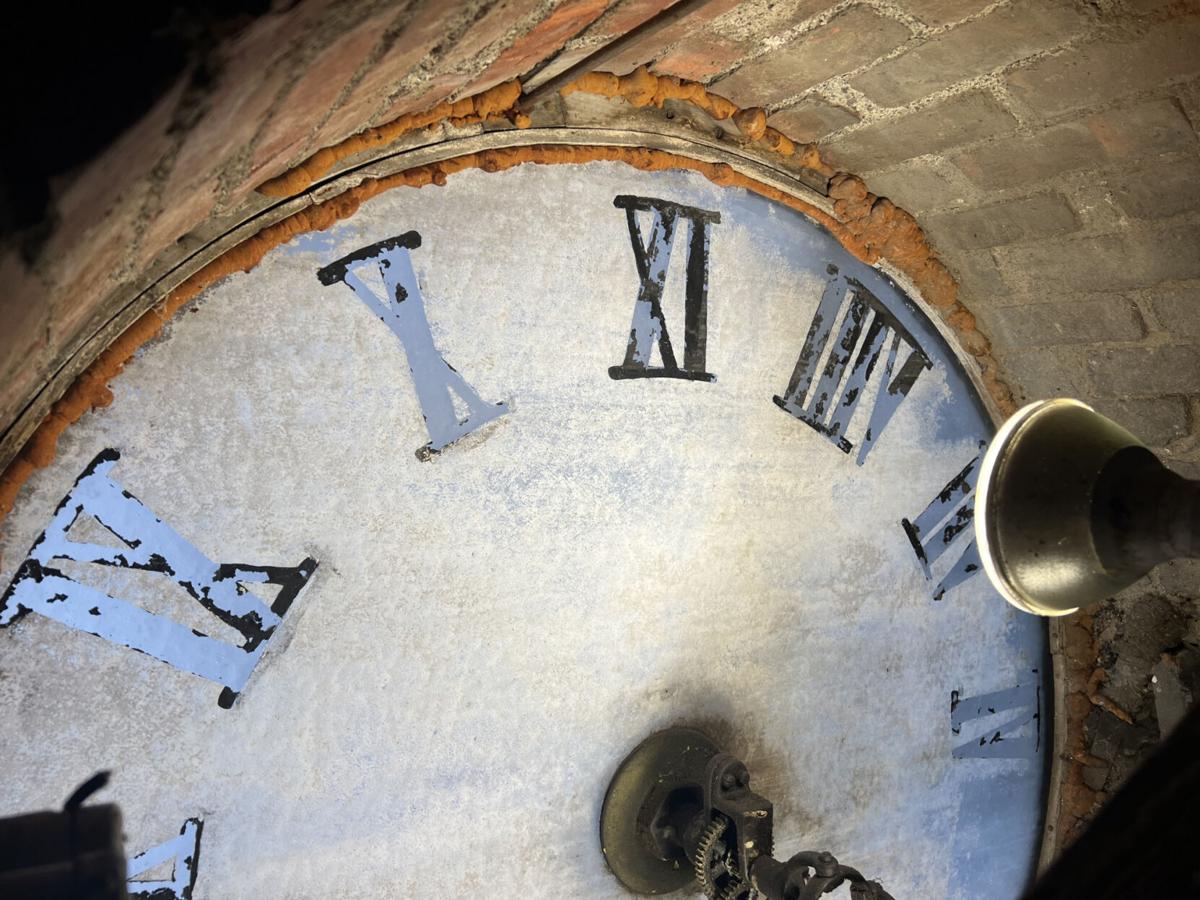 The view from inside of the clock tower. 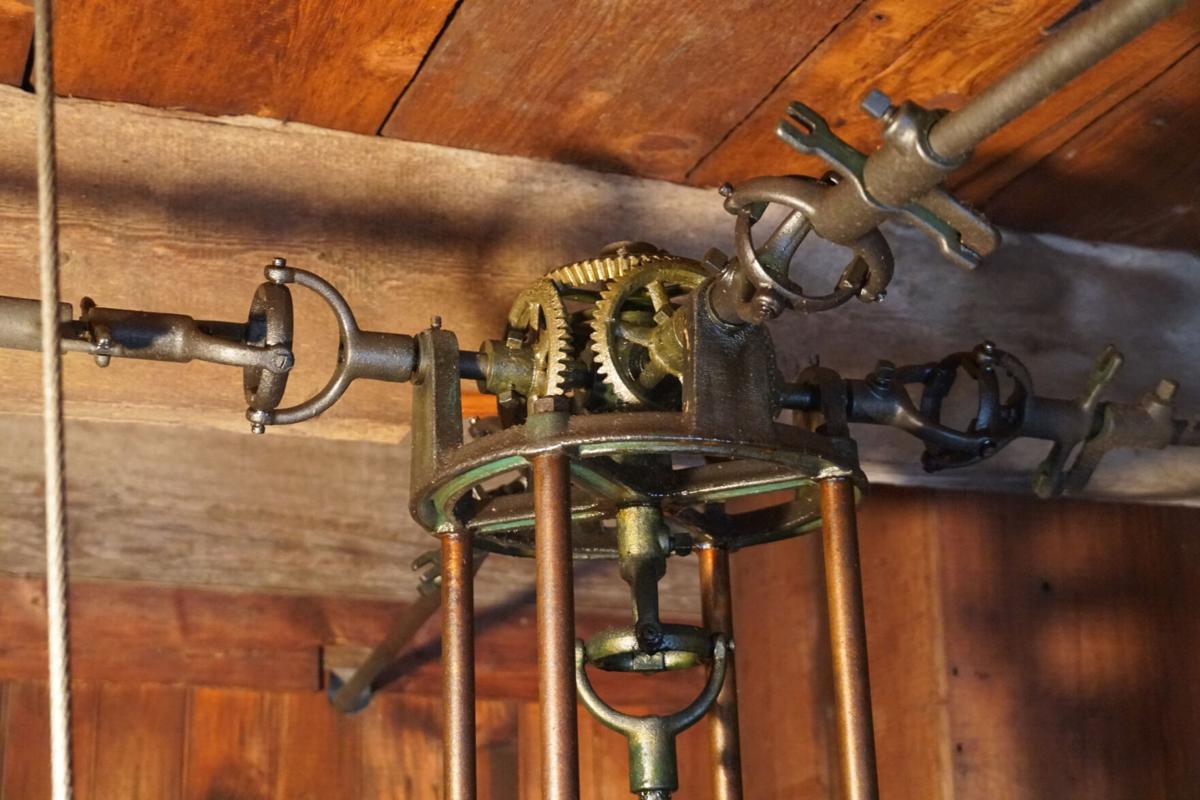 The universal gear that controls the time hands on all four of the clock faces. 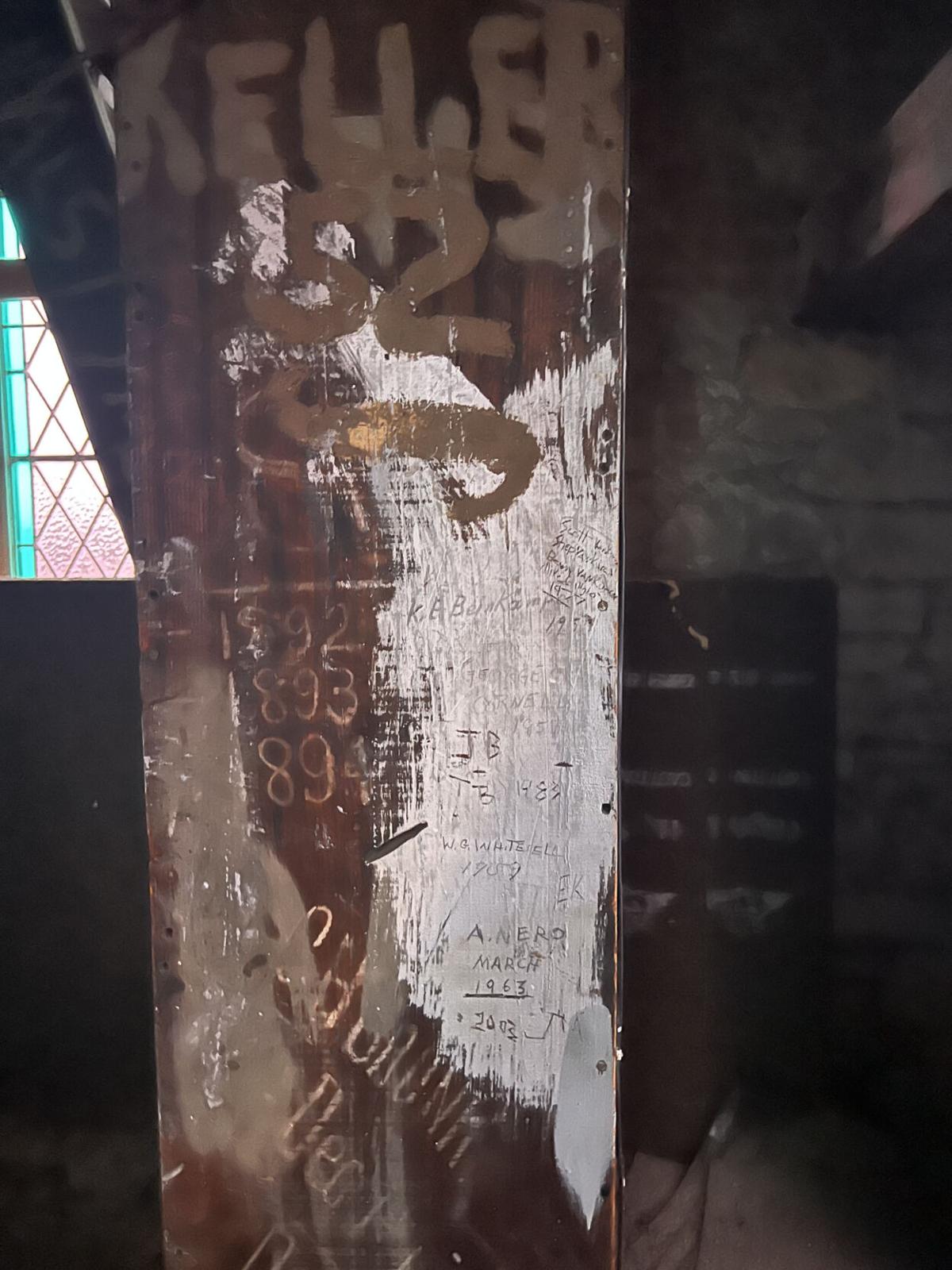 Noah Eckstein/Columbia-Greene Media A wood pillar in the clock tower with the names of previous clock winders and visitors. Murray plans to add his name to it soon. 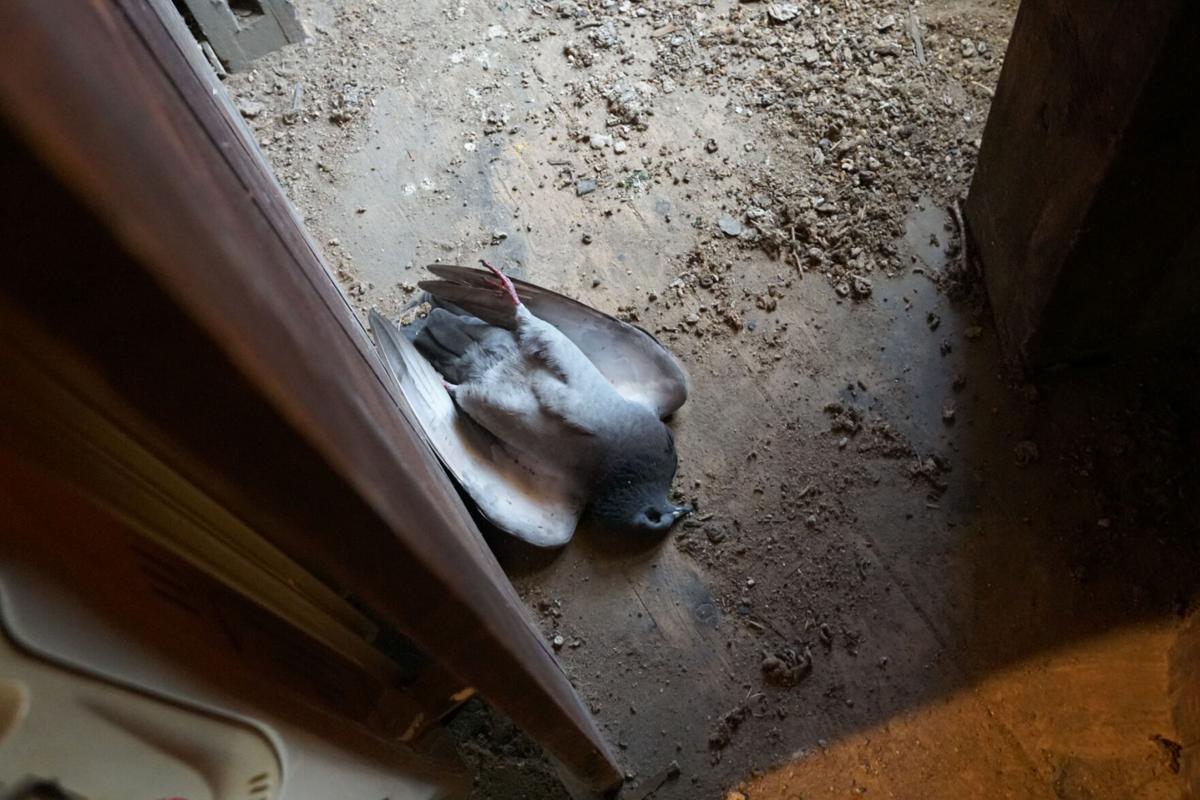 Noah Eckstein/Columbia-Greene Media A dead pigeon in the clock tower.

The facade of the Northeast facing side of the clock tower.

The view from inside of the clock tower.

The universal gear that controls the time hands on all four of the clock faces.

Noah Eckstein/Columbia-Greene Media A wood pillar in the clock tower with the names of previous clock winders and visitors. Murray plans to add his name to it soon.

Noah Eckstein/Columbia-Greene Media A dead pigeon in the clock tower.

HUDSON — It’s 8:57 a.m. Friday. Joseph Murray, the city’s new volunteer clock winder, waits inside the First Presbyterian Church of Hudson for the top of the hour. He’s eager to hear the bells ring before starting his day.

The sky is white with fog and the city is just starting to wake up. At 9 a.m., nine clangors of the old bell remind the small city of the time. It’s a relic from a not-so-distant past when iPhones and electric alarm clocks didn’t exist. Every hour of each day the clock tolls, all day and all night.

That means the clock, which is owned by the city and maintained by the Department of Public Works in a standing agreement dating back to 1802, must be wound each week.

“I’m stepping in to do this thing that has always been done,” said Murray. “I’m trying to not look at my screen and instead feel the time as it booms around me.”

Over the summer, DPW Superintendent Rob Perry was tasked with winding the clock.

“It was one of the most awful things I’ve ever experienced,” he said. “Equally filthy and harrowing.”

Murray, who is 36 years old, views the task differently. He sees it as an honor.

“I get to participate in the making of time,” said Murray, who is working on writing an offshore wind proposal for the engineering conglomerate WSP Global Inc. He studied architectural history at Bard College and is interested in how people restructure and reshape historic buildings.

When a member of the DPW crew became too weary for the clock-winding job, Perry posted a listing asking if anyone was interested in taking over. Murray responded and got the job right away.

There was no interview, just a meeting with Perry’s foreman and the previous clock winder. They taught Murray how to wind the weights that become unspooled by gravity every eight days. Turning a crank brings the weights back up the 40-foot casement inside the church’s clock tower.

Getting to the top of the church tower is no cakewalk. First, there are two long flights of stairs to the choir loft of the church. Then there is a series of four ship ladders to get to the actual clock tower.

Murray is focused. As the four faces of the clock get closer with each rising step, a faint ticking slowly become audible. Tick. Tickuh. Tick. The passing of time is becoming more palpable for Murray since the winding of the clock has become a weekly ritual.

Once Murray makes it to the actual clock-winding mechanism, he takes his overcoat off and begins to wind a crank counterclockwise dozens of times before allowing an old washing machine motor to help finish the job.

“What I see is a system that is just as useful as it ever was,” he said of the clock that was created by the pioneering clockmaker Seth Thomas in 1912. The church that stands gallantly in the middle of Warren Street was built in 1837. In 1877 the tower was constructed as an addition to the building. Though Murray infers that there must have been a clock tower there before 1912.

Mankind started counting time in ancient Egypt with sundials, according to the book “A Walk Through Time” by Sidney Liebes. Over time, the way different cultures and societies measure time has changed. It is used to keep order and structure but its purpose has been debated for centuries by philosophers around the world.

“The system is tried and true but the way we as people count time is a contrivance,” Murray said.

Over the summer, the Hudson community questioned the clock’s purpose. Some said it was a nuisance; others found it to be a beautiful reminder and a symbol of the town’s history.

Suvi Freccia, about to light a cigarette and drink her morning coffee outside of Moto on Warren Street, said she was impartial about the clock’s presence in town.

As Murray climbed the stairs to the tower this week, he spotted a newly decomposing pigeon that lay still in timeless rest next to a window in the church tower. “I eventually need to remove it,” he said.

Whether he does or doesn’t, time will eventually do the job for him.

this is excellent. great subjects (I love how aloof they all seem to be) and the writing is fun too

This is a fantastic article. Thank you for writing so beautifully about time and this fine man who keeps time for Hudson.