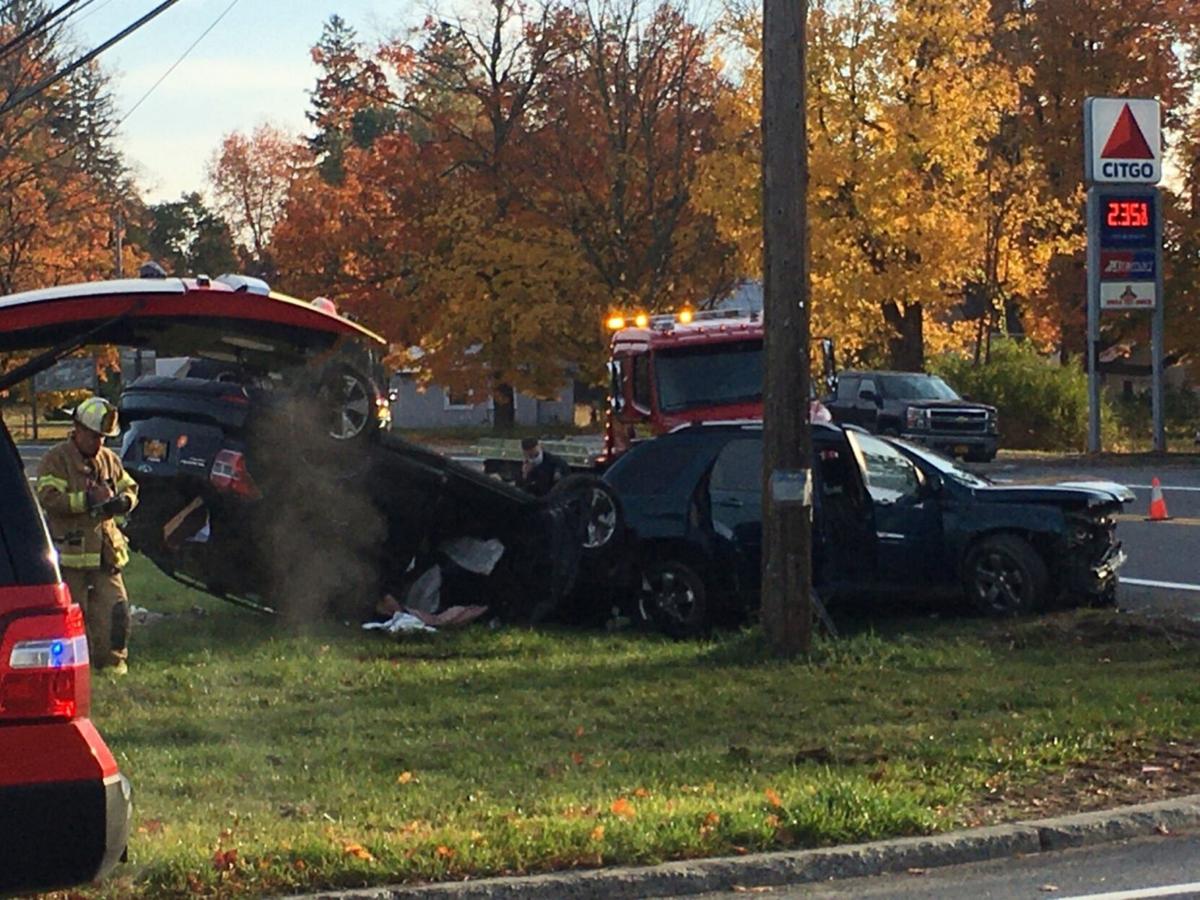 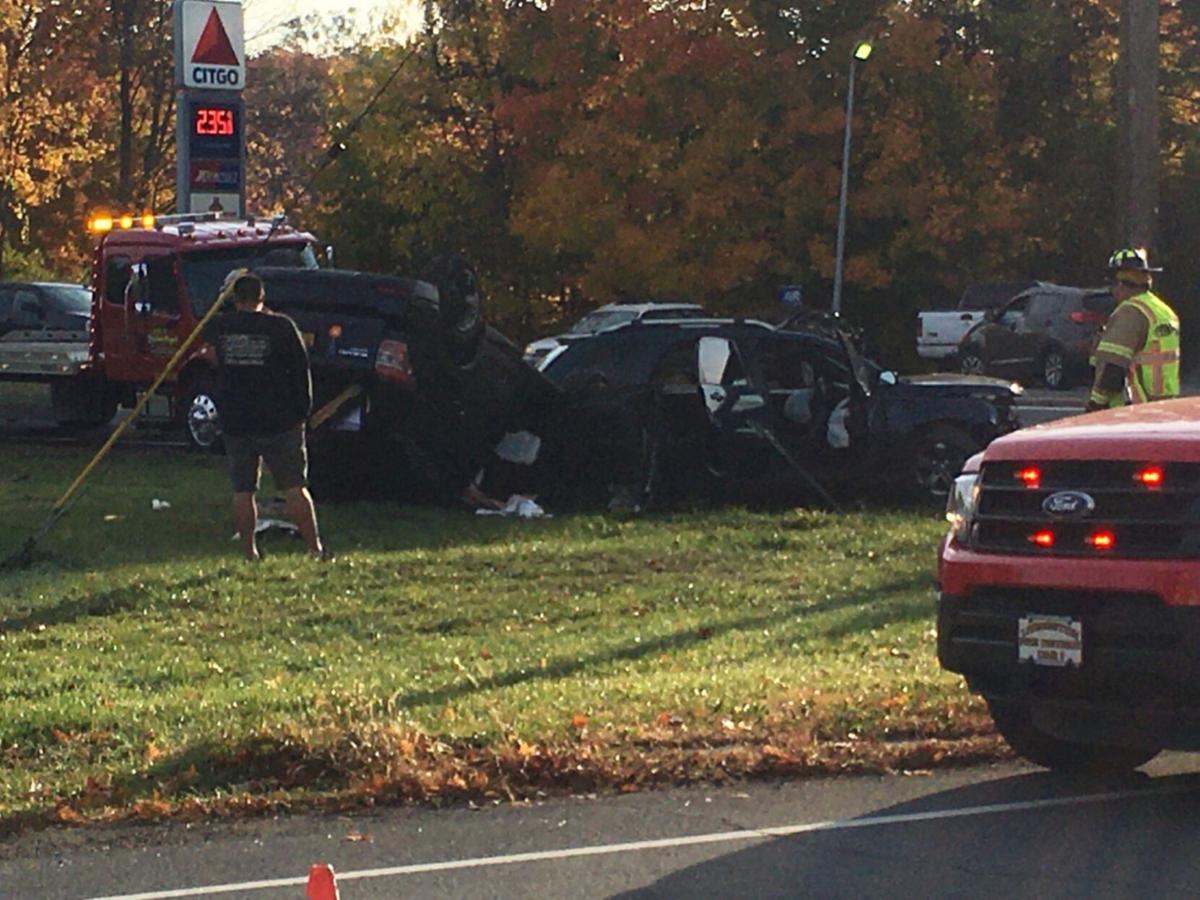 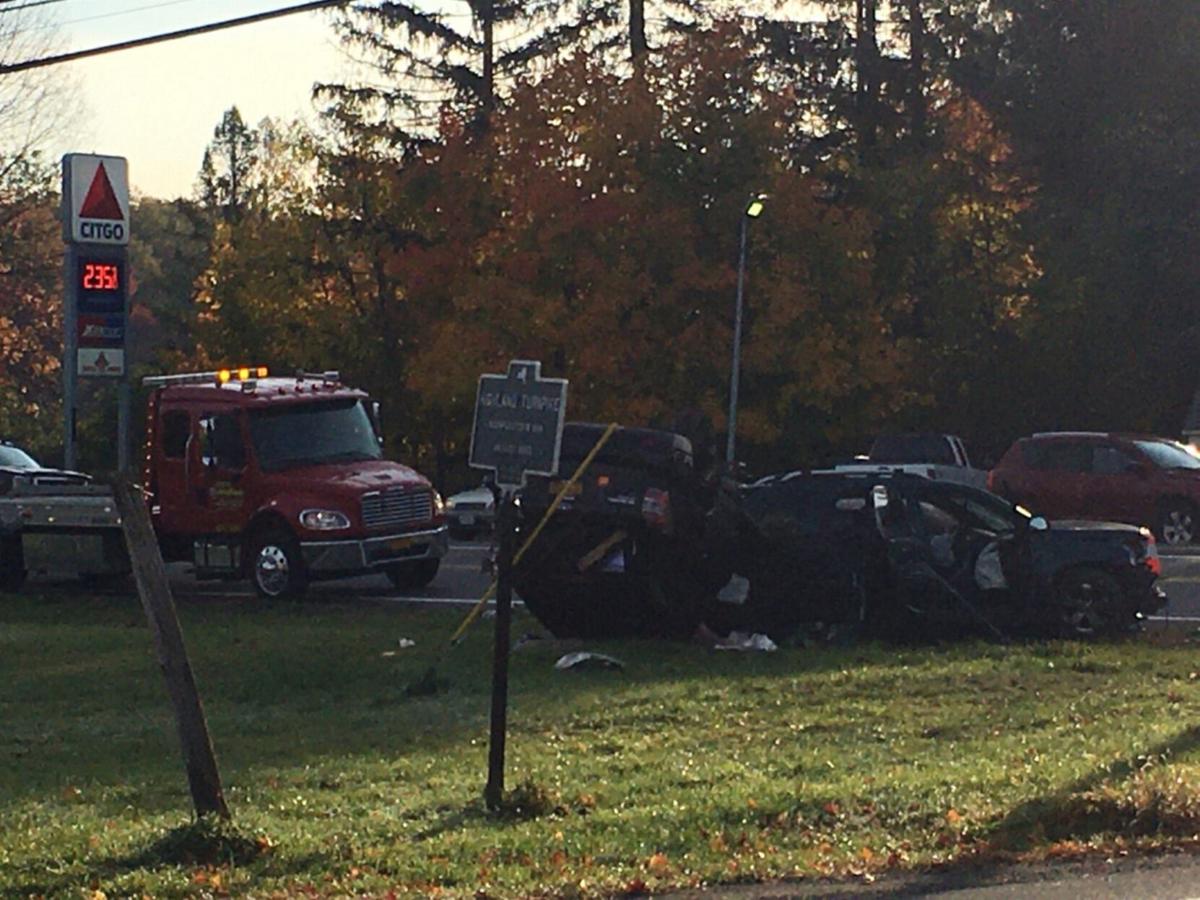 Route 9 was down to one lane Sunday morning after a two-car collision in Livingston. Bill Williams/Columbia-Greene Media

Route 9 was down to one lane Sunday morning after a two-car collision in Livingston. Bill Williams/Columbia-Greene Media

Gerardo Jacobo, 18, of Germantown, and two unidentified male passengers in his vehicle, were taken to Columbia Memorial Health with unspecified injuries, Hicks said.

Laura Danna, 57, of Red Hook, and an unidentified male passenger in her car, were taken to Albany Medical Center with unspecified injuries. A second passenger in her vehicle was taken to Northern Dutchess Hospital, Hicks said.

At about 8:30 a.m., a car driven by Jacobo north on county Route 8 failed to stop at a stop sign at the intersection with Route 9, Hicks said.

The other car, driven north on Route 9 by Danna, was unable to avoid hitting Jacobo’s car, Hicks said. After colliding, both vehicles came to rest in a field.

Jacobo was ticketed by police for failure to yield the right of way, Hicks said.

Livingston Fire Department and Northern Dutchess Paramedics were sent by Columbia County 911 to the accident scene.

Livingston fire officials at the scene reported there were six patients and requested additional ambulances. Greenport Rescue Squad and Community Rescue Squad responded. A LifeNet helicopter was placed on standby but was not needed.

Route 9 was down to one lane in the area, until the accident was cleared. State police investigated. The fire department was back in service at 9:49 a.m.