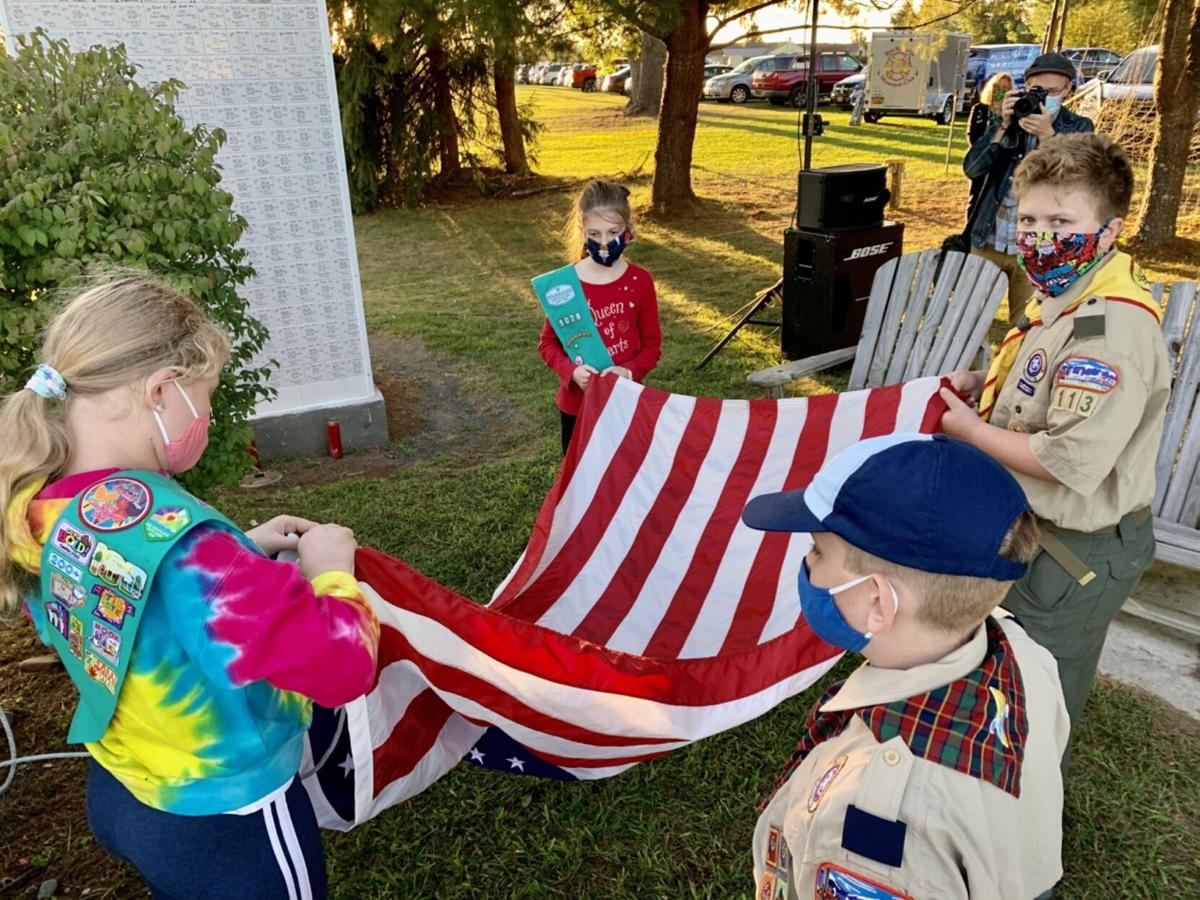 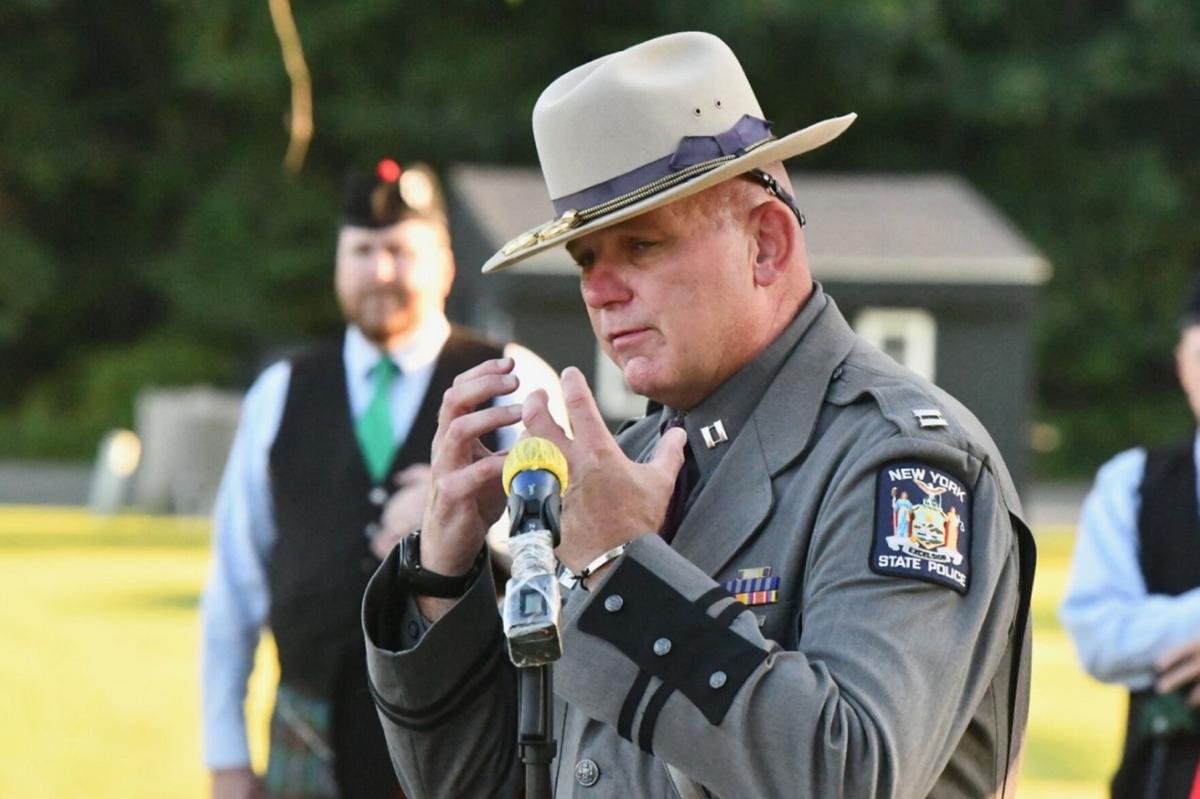 KINDERHOOK — Kinderhook held a ceremony Friday night in honor of the 19th anniversary of 9/11.

Dozens of community members joined Girl Scouts and Boy Scouts, a large group of first responders including a retired Port Authority police officer, a contingent from the New York State Police, Columbia County Sheriff’s Office to honor the memories of the victims and the sacrifices of the men and women who courageously ran into the teeth of unprecedented danger on that tragic day.

They in turn were joined by members of the American Legion and local fire companies from East Chatham, Greenport, Kinderhook, Niverville, Stockport, Stuyvesant, Tri-Village and Valatie and the Valatie Rescue Squad and Lebanon Fire Protection Unit.

“It is not a day to reflect on anything but those who have lost their lives. We need to remember that wasn’t about us, it was about them,” Kinderhook Town Supervisor Patsy Leader said in a speech.

“Next year will be our 20th year and I cannot believe it,” Leader said. “I can remember exactly where I was 19 years ago. It’s a day in history.”

Leader said the turnout for this year’s ceremony was one of the highest since the inception of the observance.

More than 100 people gathered for the ceremony near the 9/11 Memorial site in Volunteer Park in Valatie despite the latest crisis facing the nation: the coronavirus pandemic.

Capt. David Cole of the New York State Police is a 26-year veteran of law enforcement who served in the U.S. Air Force, spoke at the ceremony and shared some of his experiences as a first responder in New York City on the day of the attack on the World Trade Center.

“Don’t forget it,” he said. “I hope that we never see another one of these in our lifetime ever again.”

Several local Girl Scouts and Boy Scouts performed a ceremonial flag raising, flying the Stars and Stripes at half-staff to honor those killed on Sept. 11, 2001 and the men and women who died in later years from illnesses contracted in the line of duty.

The 9/11 memorial in the park had been build as a Girl Scout Gold Award project.