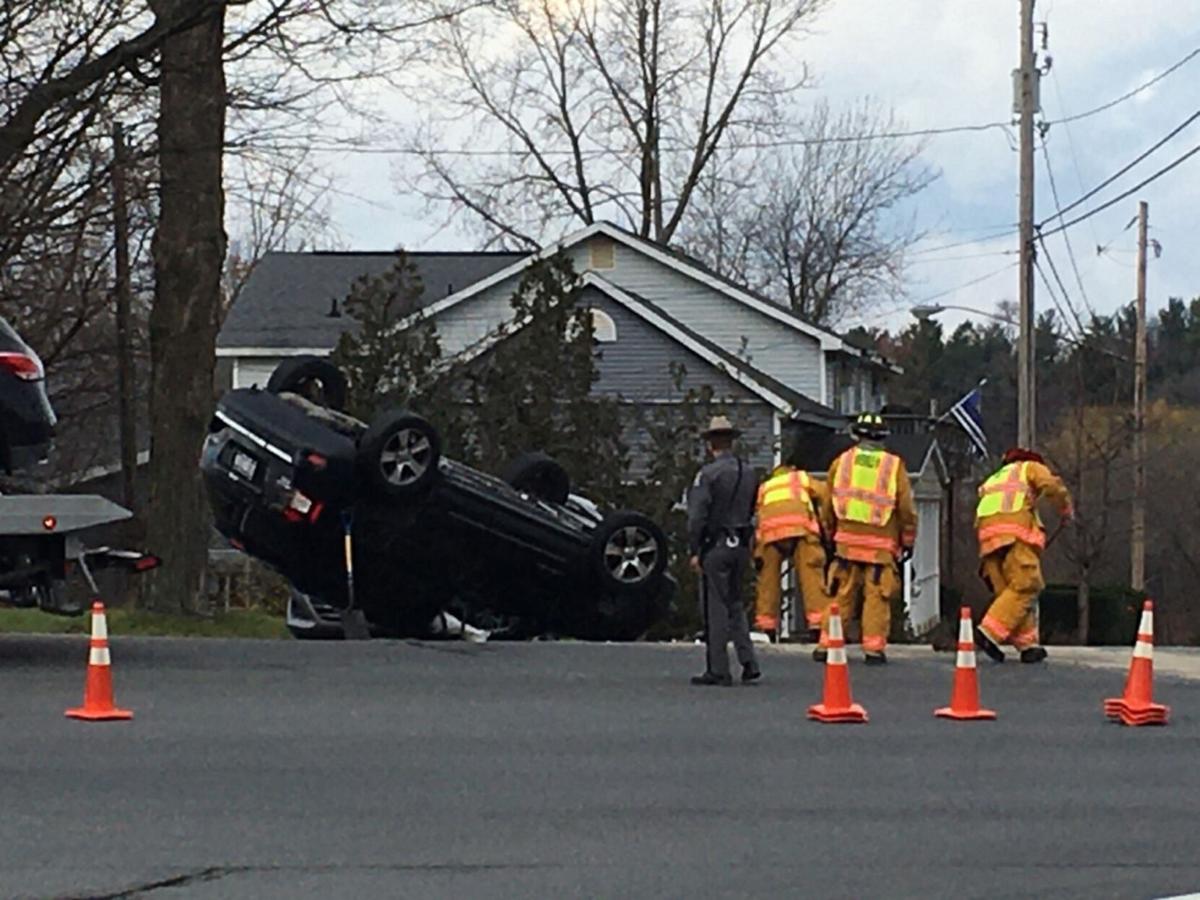 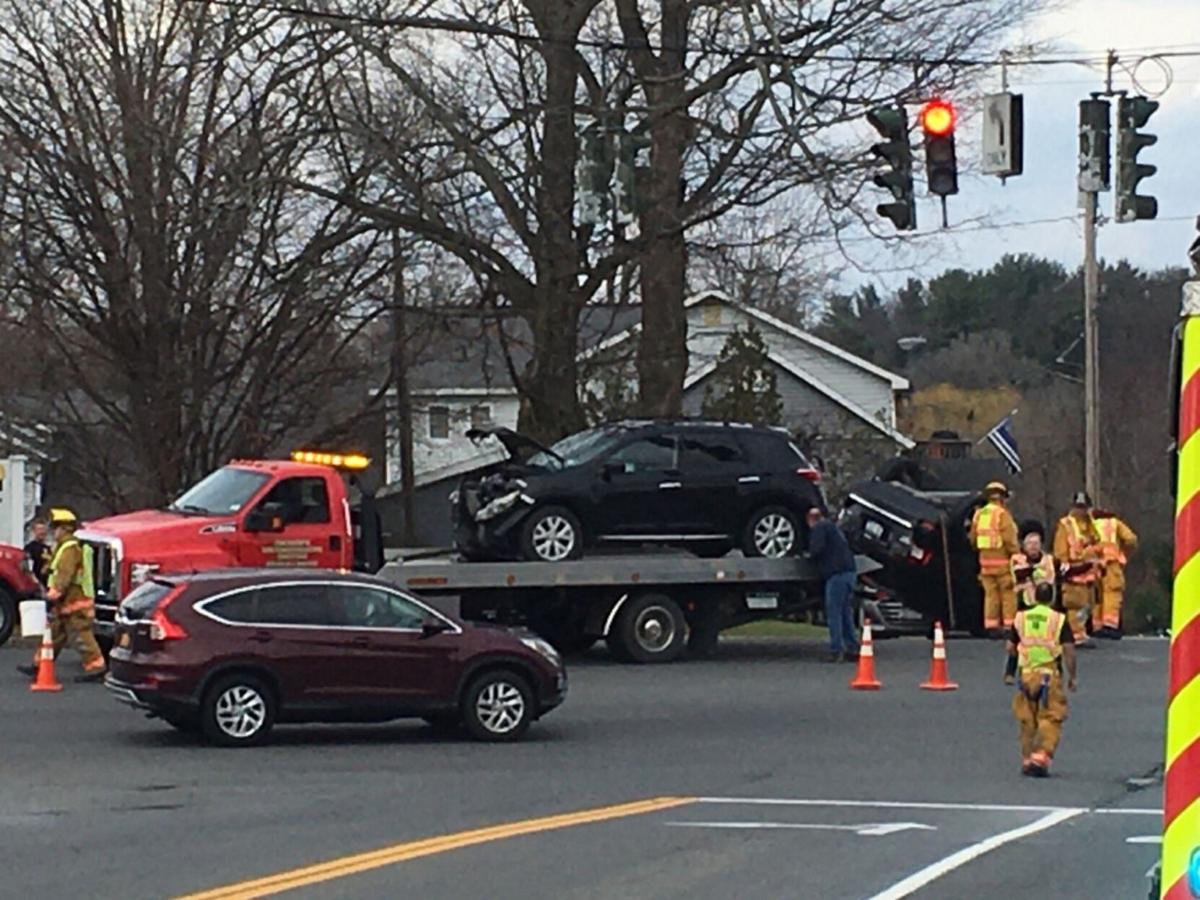 Firefighters work to clear the scene of a three-car accident Saturday morning on Route 9 in Kinderhook. Bill Williams/Columbia-Greene Media 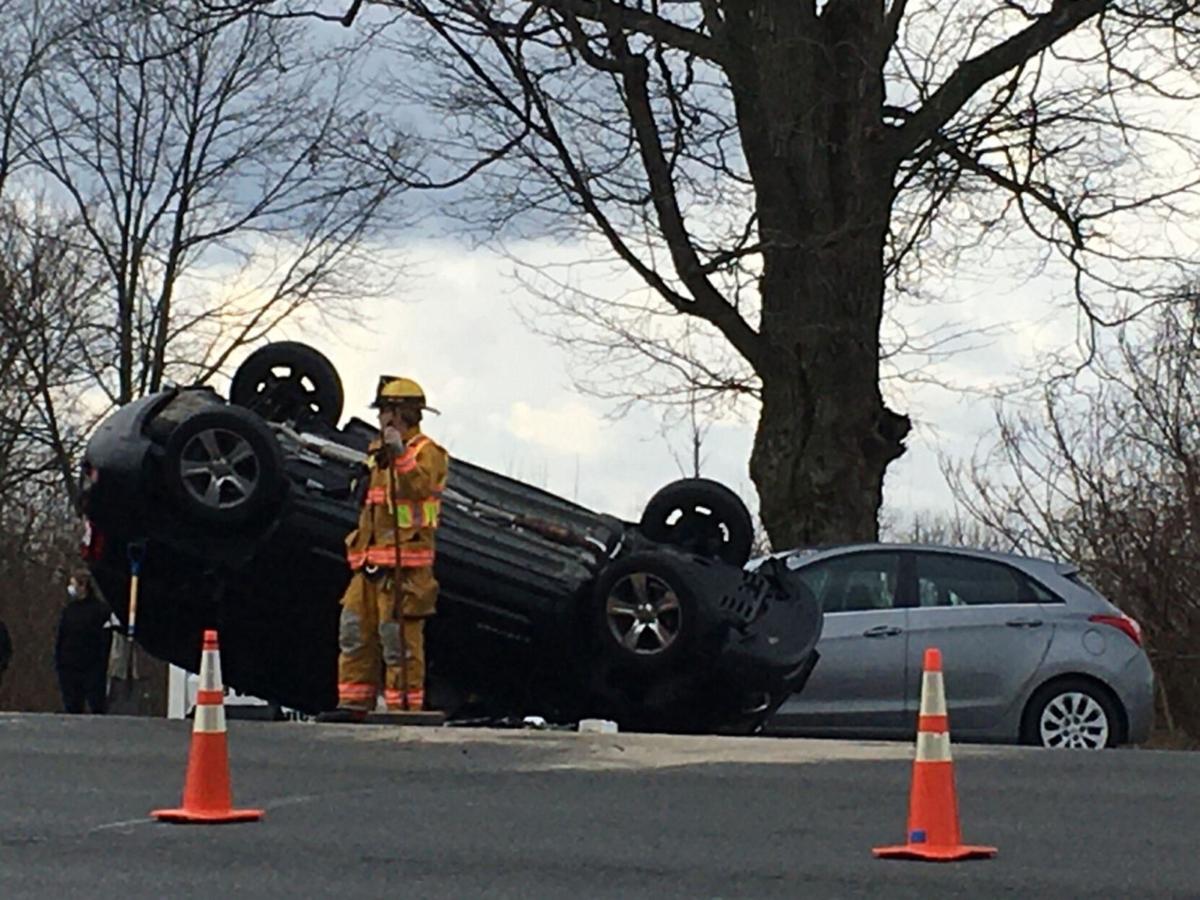 Firefighters work to clear the scene of a three-car accident Saturday morning on Route 9 in Kinderhook. Bill Williams/Columbia-Greene Media

At about 11:20 a.m., a Nissan driven south on Route 9 by Erika VanZandt, 39, of Cohoes, went through a red light at the intersection of Herrick Road, striking a Jeep driven by Geir, causing the Jeep to roll over, Rivero said.

Before the Jeep came to rest, it rolled on top of a Hyundai, which was driven by Matt Flanagann, 51, of Schodack Landing, which had just started to enter the intersection from Herrick Road, Rivero said.

All three occupants were able to get out of their vehicles before first responders arrived. Columbia County 911 sent Niverville Fire Department and Valatie Rescue Squad to the scene. Firefighters assisted with traffic control.

Paramedics examined all three drivers before taking Geir to Albany.

VanZandt was issued tickets by police for failure to yield the right of way, Rivero said. She has a scheduled appearance in Kinderhook Town Court.

Route 9 was down to one lane of alternating traffic until the accident was cleared. All three vehicles were towed from the scene.

The Columbia County Sheriff’s Office was assisted by state police. The fire department was back in service at 12:37 p.m.