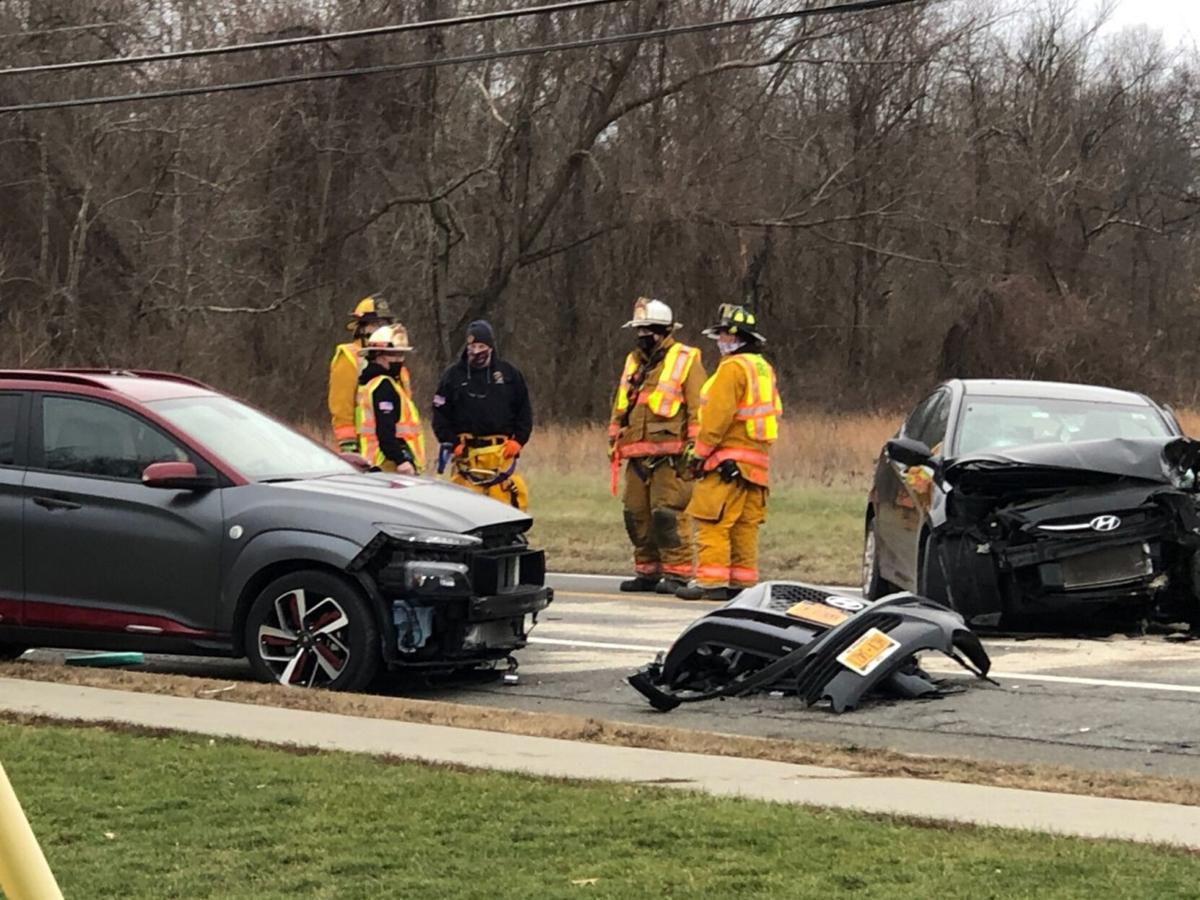 Niverville firefighters, on the scene of a two-car accident Friday afternoon on Route 9. Bill Williams/Columbia-Greene Media 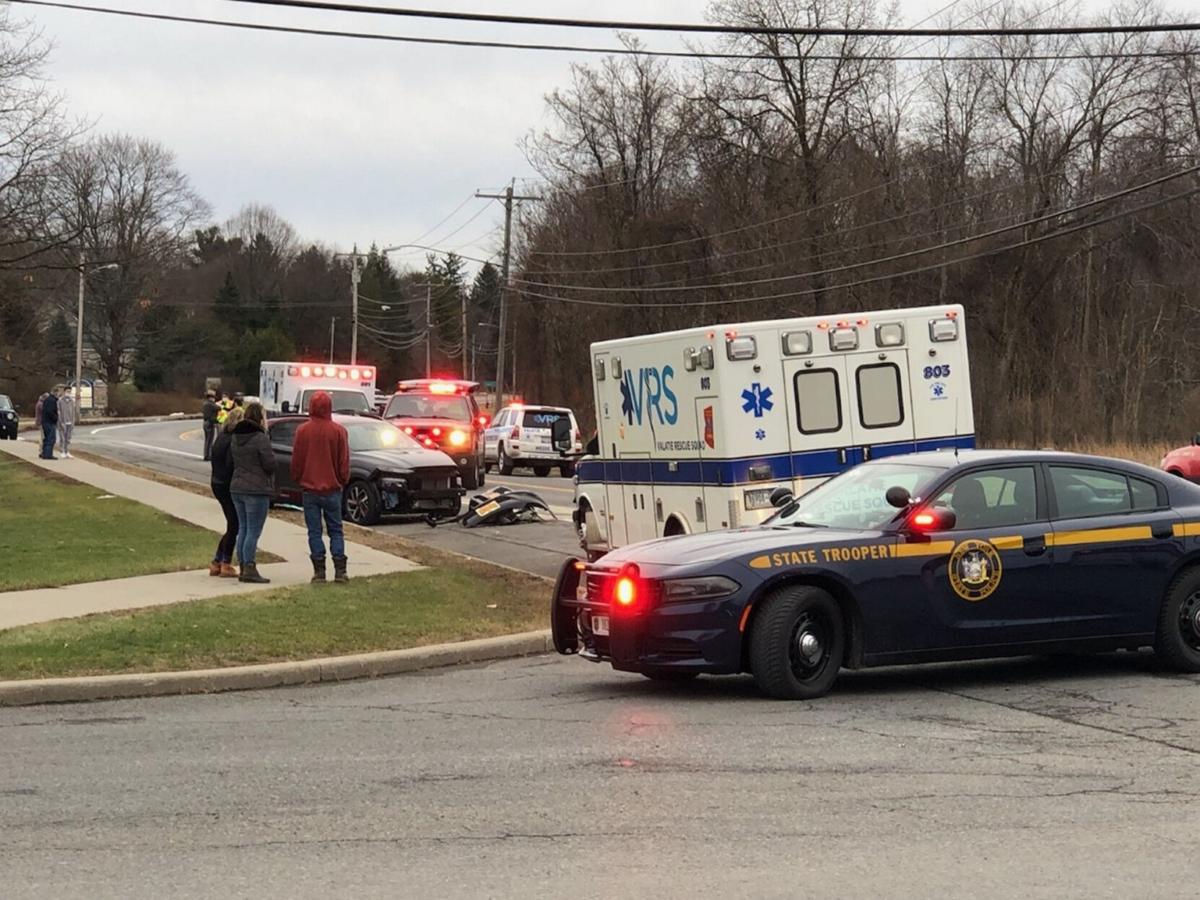 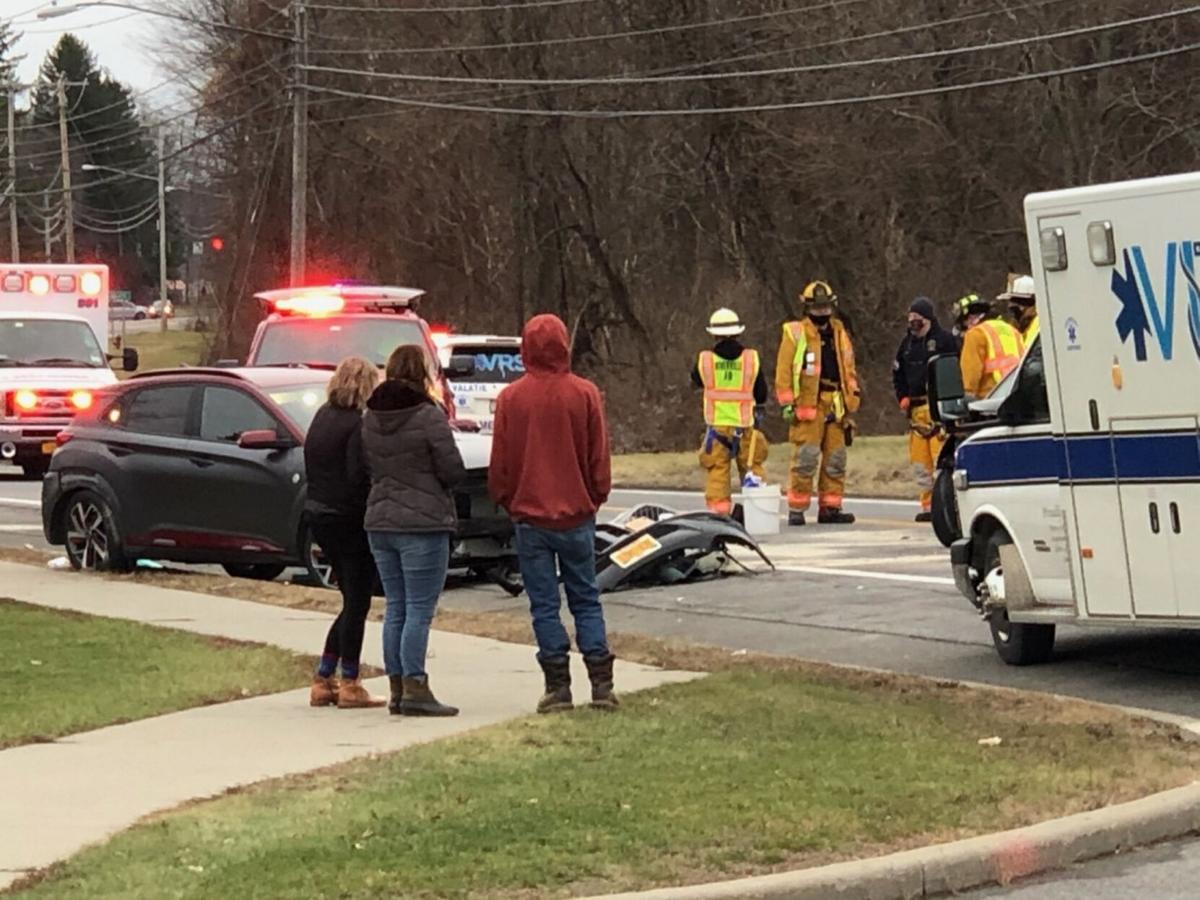 One person was injured in a two-car accident on Route 9 by Ichabod Crane High School. Bill Williams/Columbia-Greene Media

Niverville firefighters, on the scene of a two-car accident Friday afternoon on Route 9. Bill Williams/Columbia-Greene Media

One person was injured in a two-car accident on Route 9 by Ichabod Crane High School. Bill Williams/Columbia-Greene Media

At about 2:40 p.m., Columbia County 911 sent Niverville Fire Department and Valatie Rescue Squad to Route 9 at Austin Drive, after receiving reports of an accident.

Sanders was driving a 2016 Hyundai south on Route 9, in the area of Ichabod Crane High School, when she crossed into the northbound lane for unknown reasons and struck a 2019 Hyundai, which was being driven north by Heimroth, Hicks said.

Both vehicles came to rest in the middle of the road. Route 9 was closed between Keegan Drive and Wilderness Lane until the accident was cleared.

Both vehicles were towed from the scene. State police investigated. They were assisted by the Columbia County Sheriff’s Office. The fire department was back in service at 3:37 p.m.